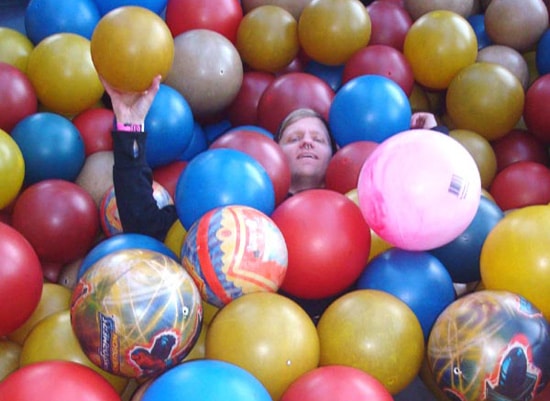 QuirkyTravelGuy.com is officially one year old today! Feel free to send balloons. As long as they’re filled with helium so I can make funny voices.

Some people will tell you when they reach a blog anniversary that the time has flown by. Not me. It feels like I’ve been operating this site forever. That’s not a bad thing. I think it’s more of a reflection of all the time I’ve spent over the past year writing content, taking photos, traveling to new places, interacting on social media, and so forth.

It’s also a reflection of the online relationships I’ve built with many of you who read and comment here, as well as the other bloggers I’ve connected with. It’s hard to believe I’ve only been interacting with some of you for a few months – it really does feel like it’s been longer than that.

I brainstormed a bunch of crazy ideas for the requisite anniversary post but decided to go with a straightforward look back at some of the sights I’ve covered in the past year, with an emphasis on the quirky. Consider this a “greatest hits” post, with a few underappreciated B-sides tossed in. As always, thanks for reading, commenting and sharing!

A report on my visit to one of the few towns in the United States with an official population of 1. After I visited, the new census results were published and the population rose to 4, so it’s not quite as unique anymore.

Five things to see and do at Death Valley National Park

Whenever people ask me about my favorite national parks, I always mention two: Yellowstone and Death Valley. DV surprised me, because I wasn’t expecting much, but I got to camp under the stars while listening to howling coyotes, observe brilliant-colored rock formations, and see snow at the top of a nearby mountain peak.

Hang with (wax) celebs at Madame Tussauds in Hollywood

Visiting the world-famous wax museum was way more fun than I thought it would be. I got up close and personal with Will Smith, Marilyn Monroe, Jack Nicholson, Snoop Dogg, Lady Gaga, Michael Jackson and dozens more.

July 4 memory: A redneck holiday at the Greeley Stampede

Cemeteries fascinate me, even if I don’t know anyone buried there. Granary Cemetery in Boston is cool because it’s downtown, right across the street from skyscrapers. And it contains the graves of all the Revolutionary War figures you studied in middle school, like Paul Revere, John Hancock and Sam Adams.

If you enjoy being viciously berated while you order food, check out the Wieners Circle, a Chicago hot dog stand where late at night on the weekends, drunken patrons show up to engage in a back and forth verbal assault with the employees.

Crazy Horse: The monument that may never be finished

READ NEXT
Experiencing American History Up Close at Pearl Harbor

If you’re gonna build a monument, you might as well go big. That’s what the creators of Crazy Horse decided to do. This giant South Dakota rock sculpture honoring a Native American hero has been in progress for 73 years, and it’s not even close to being finished.

This national monument contains dunes made of fine white sand. There’s absolutely no water and almost no trees. It’s the closest thing to the Sahara Desert that you’d find in America.

As I walked cautiously into Temple Square on the Mormon Church grounds in Salt Lake City, Utah, I began looking suspiciously at the other folks on the premises, wondering which ones were the “undercover” Mormon recruiters I’d heard so much about…

Every night in Austin, Texas, millions of bats emerge from underneath a bridge where they rest during the day, creating a spectacular scene as they fill the night sky, and lots of gawkers stop by to watch. Some even join “bat cruises” on the river. I stopped by one evening to witness the madness for myself.

Note: The following is a separate article that I posted at the 6 month anniversary of the site. It has been consolidated into this article.

Quirky Travel Guy has now been providing silly anecdotes and sometimes-useful information on U.S. travel sites for six months! And it still feels like just the beginning.

This anniversary means it’s time for a retrospective. This post follows a format somewhat similar to Tripbase’s awesome “7 Links” project that was all the rage among travel bloggers last month, but of course I’m not nearly modest enough to limit my retrospective to just seven links 🙂

Whether you’re a loyal reader or a newbie on the Quirky Travel Guy bandwagon, thanks so much for reading, and here’s a summary of what you may have missed over the past six months.

I wanted to introduce the blog with something fun and useful. Of course, being that it was written so early, few people read it. Come on, you know you’re curious about Voodoo Doughnuts and the Junkman’s Daughter’s Brother!
Posts that didn’t get enough love:
The Death Valley ghost town: My visit to Rhyolite, Nevada

Rhyolite was cool because I’ve always wanted to visit a ghost town. My visit there was really fascinating. And free booze – who can turn that down? 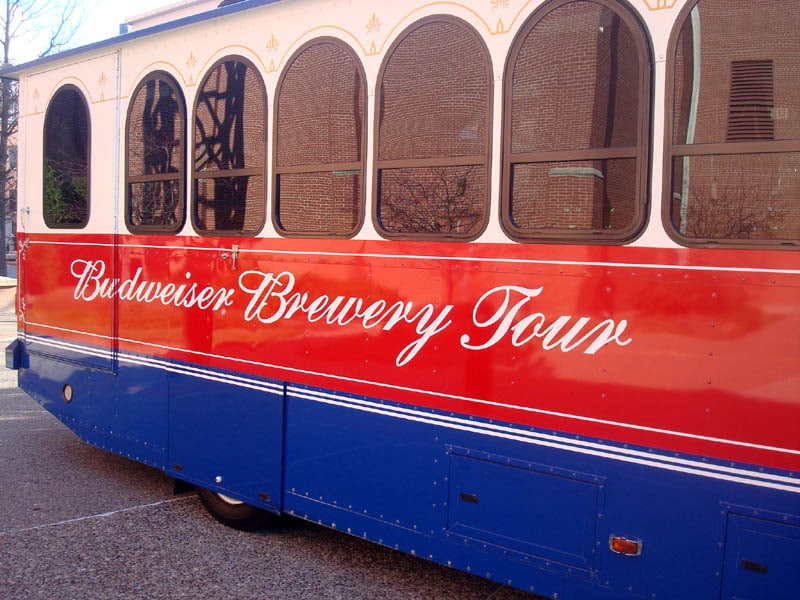 The Field of Dreams movie site

The tree that owns itself

Deciding to feature quirky attractions every other Friday was one of my best blogging decisions so far. I’ve been able to profile some really strange places and can’t wait for you to see some of the wacky places I have lined up for future posts.
Useful information:
9 Things You Didn’t Know About Yellowstone

Five things to see and do at Death Valley National Park

Once in a while, I provide information that is not just trivia to fill up your brain cells with but can actually assist you while traveling 🙂
Silly but entertaining:
A redneck holiday at the Greeley Stampede

Some of the sillier posts I’ve done about interesting destinations and festivals. I think the Solstice Parade in Seattle may be my favorite, but the wax museum was a lot of fun too. 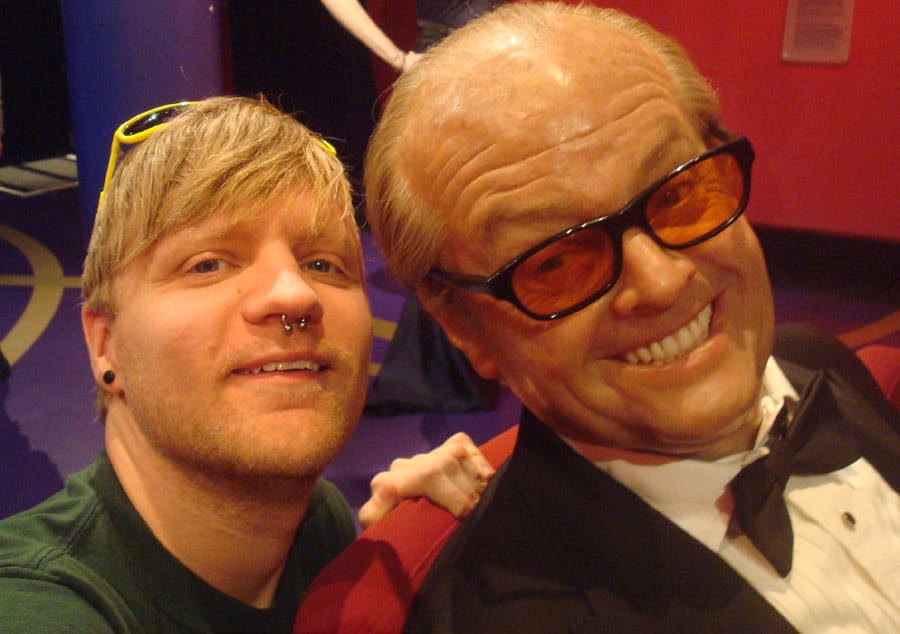 Tips for sleeping in your vehicle while traveling

I first got into travel and blogging when I took a four-month trip across the U.S. and slept in my van. The RV/vandwelling communities are friendly and fun and I love focusing on these topics when I can.
Music posts:
L.A. in Songs

Besides travel, music is my other passion. Combining them both is a win-win. The Grammy Museum is an interesting destination. Don’t forget to sneak your cameras in!
Wildlife posts
Camping with coyotes in Death Valley

Return of the California condor

Seeing a California condor in the wild at the Grand Canyon was one of my favorite wildlife sightings ever.

Where I’m traveling next
I’m currently saving and planning for a handful of trips. By this time next year, I hope to have taken new trips (fingers crossed) to Miami, Mexico City, Alaska, Phoenix, Washington DC, central Canada, and all the national parks in Utah.

Quirky Travel Guy is currently a U.S.-focused travel blog, but it won’t stay that way forever. In the not-too-distant future, I plan to begin pursuing overseas travel, perhaps including a round-the-world trip. There’s been talk of a Thailand excursion in the spring, but we’ll have to wait and see.

I know this: As much as I love Chicago, there’s too much out there in the world for me to stay put.
A sampling of upcoming articles:
Why I will never complain about airline fees

A stroll through the Mormon Church grounds

I no longer have my travel van, and it’s time to tell the reason why. I’m also excited to share a different perspective on the issue of airline fees.
Upcoming Featured Destinations
My Featured Travel Destinations column runs every Monday. In the first six months, I’ve highlighted St. Louis, Death Valley, Memphis, Los Angeles, Yellowstone and Boston. Upcoming featured destinations include New Mexico, Chicago, Pittsburgh, and possibly Austin, Seattle and the Grand Canyon.

State of the Blog at One Year

Note: The following is a separate article that I posted at the one-year anniversary of the site. It has been consolidated into this article. 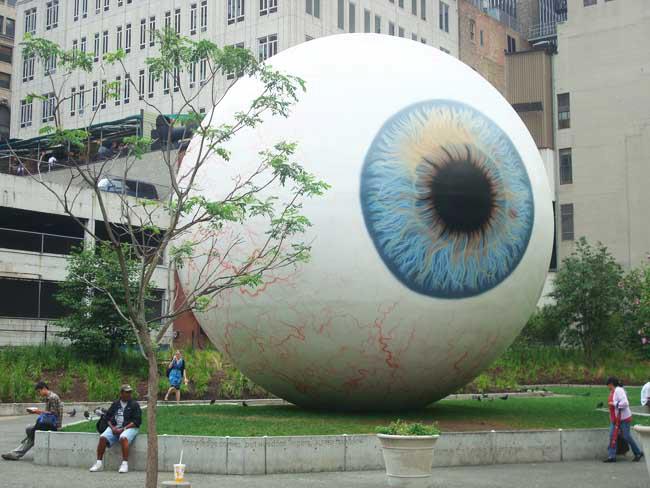 I don’t write much about the business of blogging anymore, because I know you’d rather read fun posts about places like the Farm Toy Museum or the Southernmost Point in the Continental U.S. than about my Twitter stats or Google Analytics.

But since Quirky Travel Guy just reached its one-year anniversary, I thought this would be a good time to reflect on its progress – and to fill you in on where we’re headed!

New features
You’ll notice in the sidebar that I’ve added a new state map. Click the map to be taken to a page where you can click on any state and view everything I’ve written about that state so far. Finally adding state tags has allowed me to create this feature, so that folks can more easily read what I’ve written about their neck of the woods.

I’ve also added a new album to our Facebook page called “Quirky Bonus Photos.” This is a place where I can share some of the unusual pics I’ve captured that aren’t necessarily worthy of an entire blog post but are still really cool. Like a ketchup dinosaur, a giant lobster, and a restaurant 1/3 mile out into the Pacific Ocean.

Check it out, and be sure to Like Quirky Travel Guy on Facebook if you haven’t yet! 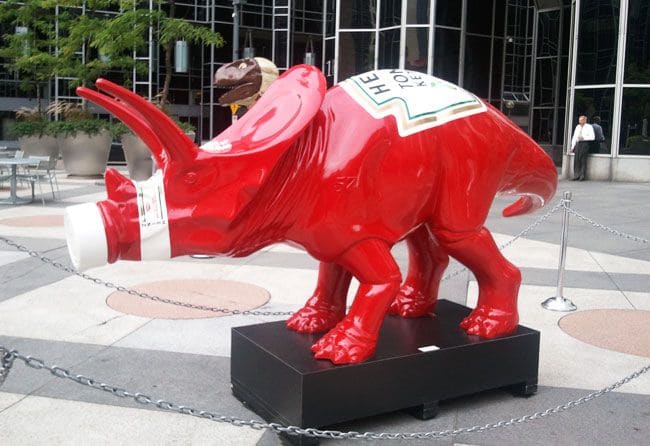 Future travels
In June, I’ll be at TBEX, the travel blogger conference in Colorado, which should be a great opportunity to meet some of the other travel bloggers I love reading. Shortly after that, I’m planning an epic 9-day adventure in Alaska! This will be state #49 for me, leaving only Hawaii as my final frontier.

I’ll be dedicating the entire month of July to posts about my Alaska visit. My goal is to provide the most complete coverage of Alaska ever seen on a mainstream travel blog. Ambitious, yes, but why not shoot for the stars? We’ll be covering everything from glacier hikes and Denali National Park camping to some of the local flavor that you don’t usually read about, like first-hand reports on Anchorage and Fairbanks nightlife, local restaurants and thrift stores, and so on.

Once I get back from Alaska, I’ll start plotting out trips for the fall and winter, which could include some overseas destinations. So far, this blog has only been about U.S. travel, but it was never intended to stay that way. Once I can save up a few bucks and create some more free time, Quirky Travel Guy will be an international force to be reckoned with. 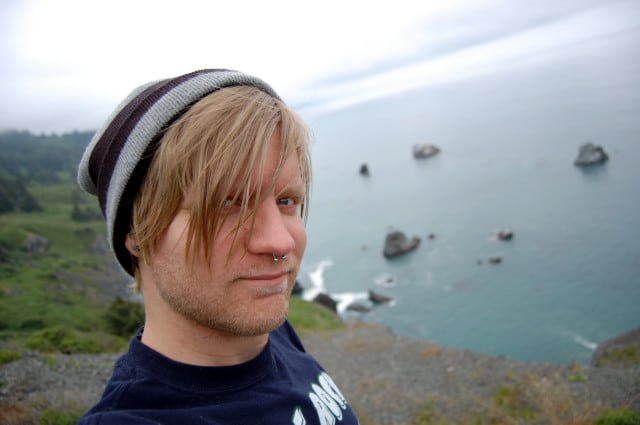 Site stats and such
Quirky Travel Guy recently topped 1,000 followers on Twitter (woohoo!), and our traffic stats on the site have been solid.

I was especially proud of “66 More Things I Love About Pittsburgh,” which became my most popular article, with more than 20,000 page views and nearly 4,000 Facebook likes.

That post took days to put together and was really the culmination of my entire life growing up in the Steel City, so I was excited to see that so many people connected with it.

I was happy to cover Pittsburgh as one of my Featured Travel Destinations, and I’m looking forward to giving San Diego, Denver, the Grand Canyon, Seattle and New Orleans the Featured Destination treatment in the coming months.

Thanks as always for reading. Are there any places you’d like to read about on the site? Any tips for quirky attractions near you? Your input is always welcome – leave a comment or email me at scott (at) quirkytravelguy.com.