As I walked around Washington DC for the first time as an adult, one thing that stood out more than anything was how paranoid the entire district was.

Security guards and police are everywhere around the National Mall and other high-traffic areas of the city. I’m not saying the paranoia is entirely unjustified – we live in an age of terrorism, and obviously the nation’s capital could be a target at any time.

But for me as a visitor, the experience walking around the district was strange because of all the security and constant reminders that my safety could be in danger.

Here’s one extreme example: My hostel had a notice on the wall that said something to the effect of, “All unattended packages will be destroyed.” Wow, destroyed? Yeesh. I had to keep reminding myself not to leave my laptop bag on the dining room table for even a second while I went to wash my hands, lest they decide to snatch my bag and blow it up.

Most of the museums had metal detectors. Again, it’s understandable, but not something I’m used to anywhere else. 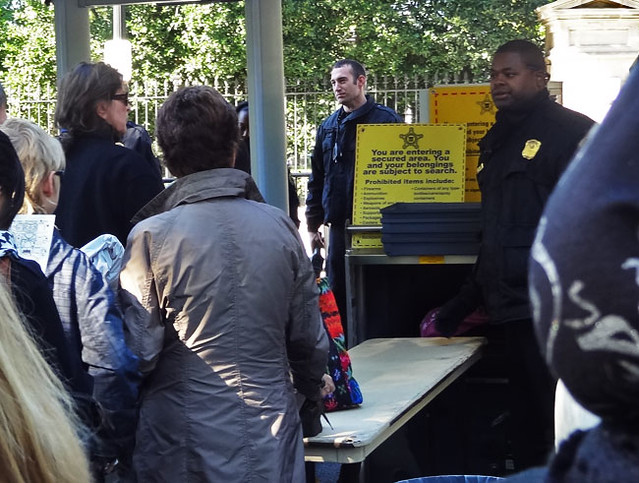 Many of the other touches of paranoia were subtle, but they were there. Like an “evacuation route” sign on Pennsylvania Avenue, the street where the White House resides. I’m sure every city has evacuation routes, I just don’t ever notice the signs placed so prominently. 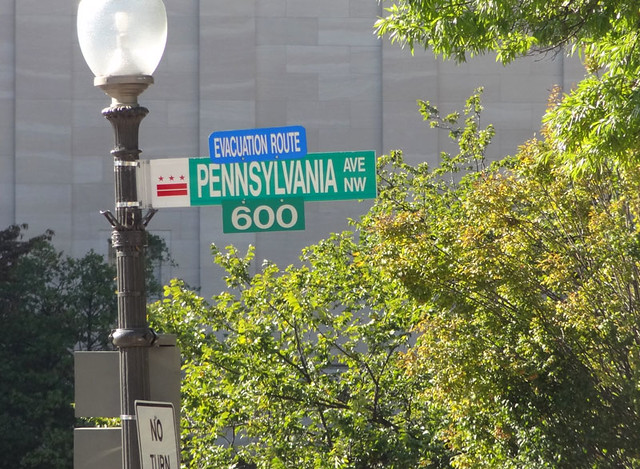 Walking down the street I would frequently see guys in dark vans talking on their Bluetooth devices. I felt like I was under surveillance and constantly had to prove that I wasn’t a suspect, which is not a particularly comfortable feeling.

The Capitol had its own police. That’s not too surprising, I guess. 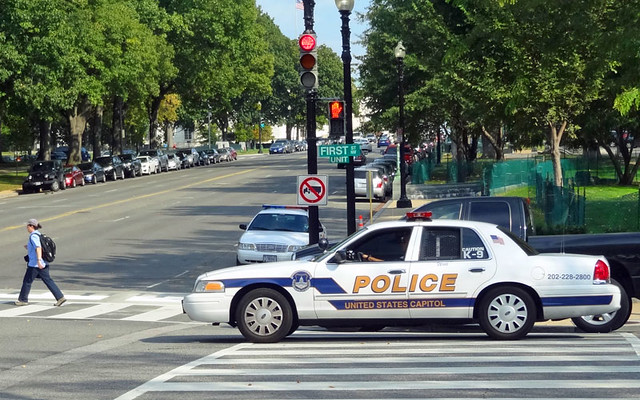 More surprising was that the U.S. Mint had its own police. 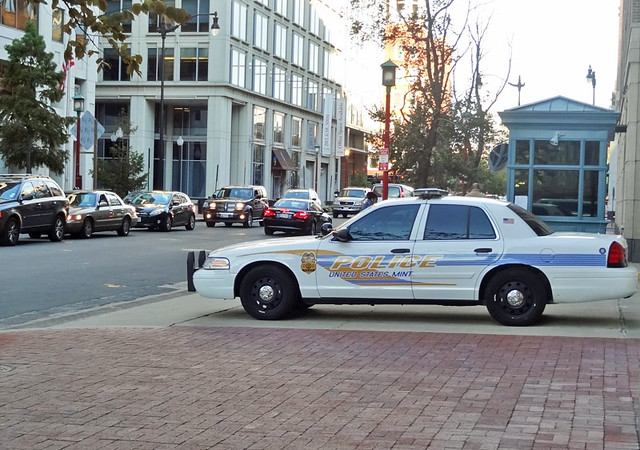 The Secret Service did a good job of staying secret. This car was the only evidence I saw of them. (Aside from the Bluetooth people in dark vans, of course.) 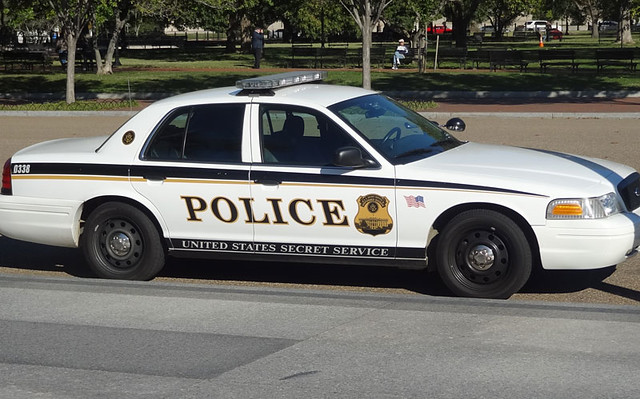 Look at all the freaks on these weird moving machines. Call the swat team! We can’t allow this! Hassle the Segway people! 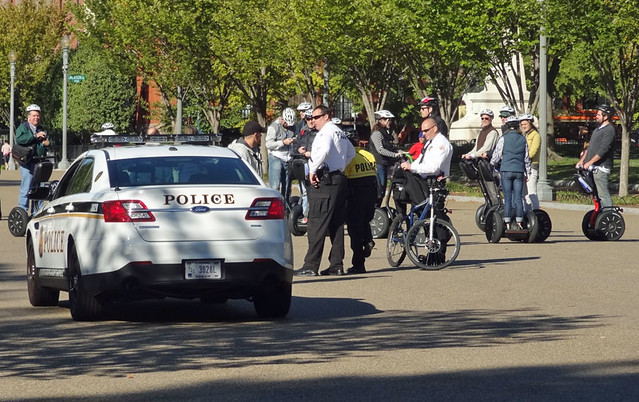 Unless you’re a VIP, we can’t trust you, so stay out! 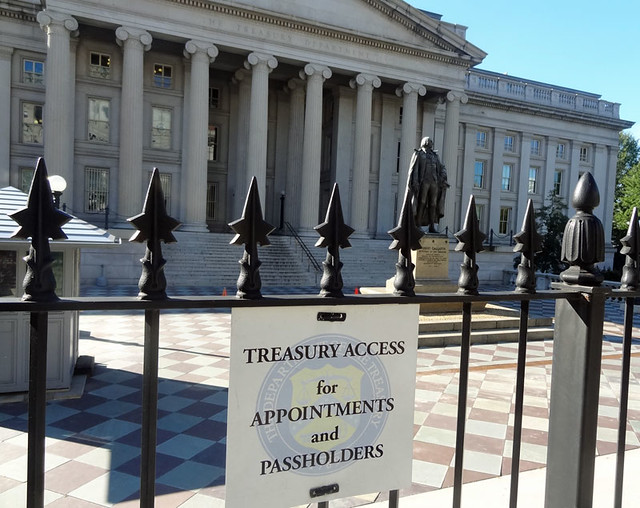 Of course the president’s house had heavy security and hidden cameras during the White House Garden Tour. Peekaboo! 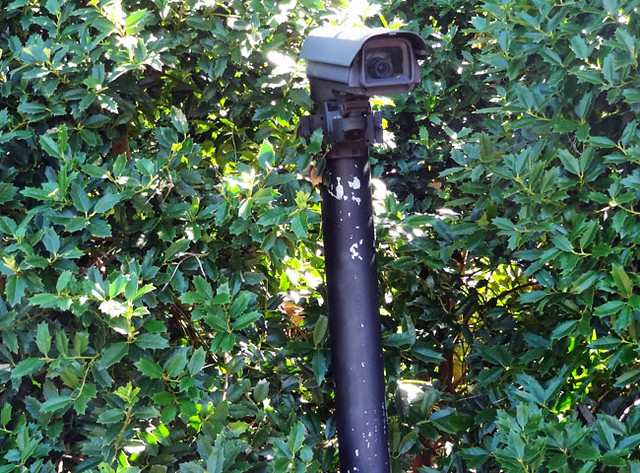 You need police on horses. But this guy’s sunglasses didn’t seem to be working. I’m not sure how effectively he can perform his duties if he cannot see. 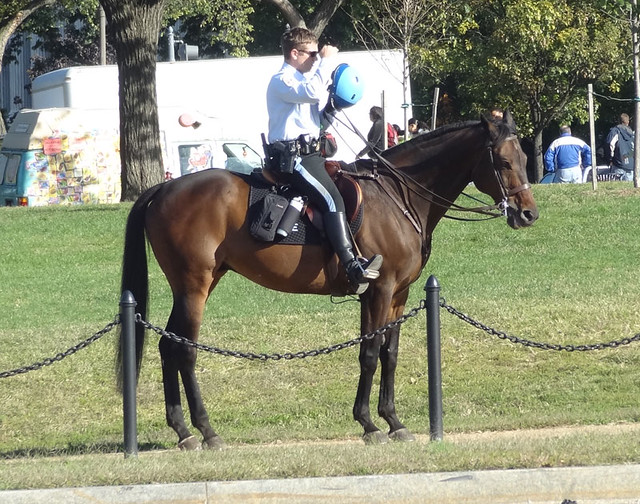 The Metro bus even had an advertisement for Smart911.com. I have no idea what that is, or why we might need a “VIP” version of 9-1-1, but if it’s going to help me keep the members of my family safe, I suppose I should look into it. 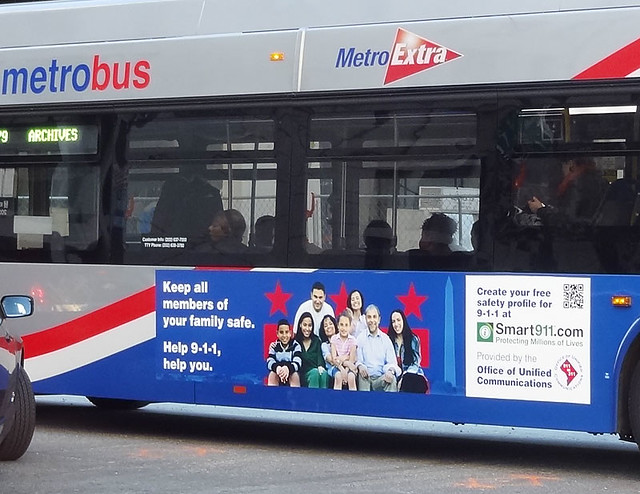 Move along. No loitering outside the Holocaust Museum! 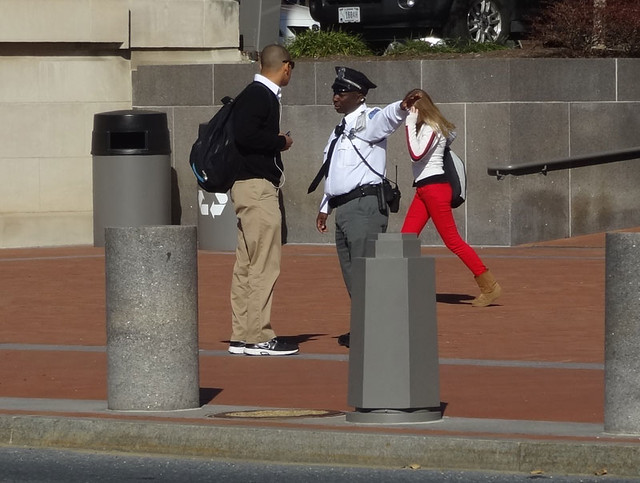 The paranoia wore off on me. I saw this plane coming in behind the Jefferson Memorial and thought, “Whoa! That plane should not be that close! What is going on? Emergency!” 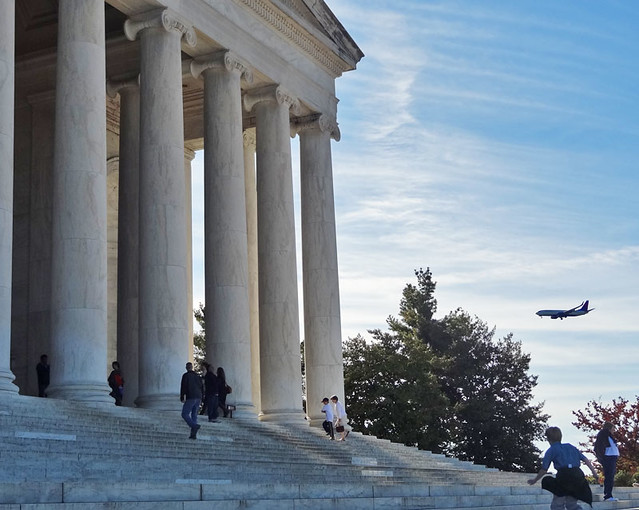 It’s a fine line between making people feel safe and making them feel watched or monitored. I do appreciate the security, but if I lived here, this environment would take quite a bit of getting used to.

I feel compelled to share some other images of things that aren’t necessarily paranoid, just weird.

A lot of cities have those signals that count down how many seconds you have left to cross the street. Usually, they don’t go much higher than 20 or 25. In DC, I saw some that start as high as 76 seconds. Hurry up and cross now! You only have 76 seconds to make it to the other side!

I felt like getting a chair and sitting in the middle of the crosswalk with a cup of coffee, just to prove how ridiculous it was to give pedestrians 76 seconds to cross the street. 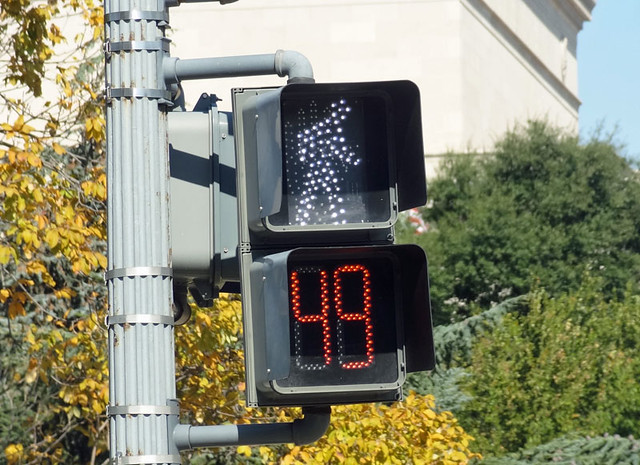 Here’s something that’s unusual in a good way: The squirrels are the friendliest I’ve ever seen. They come right up to people. Hey there, buddy!

They attack girls on sidewalks. 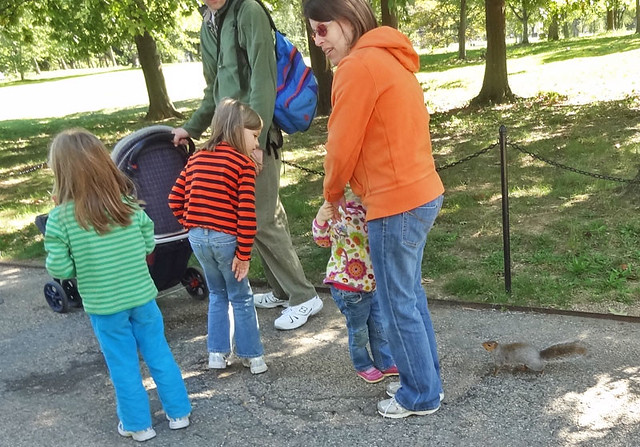 And hang out at famous memorials and monuments. 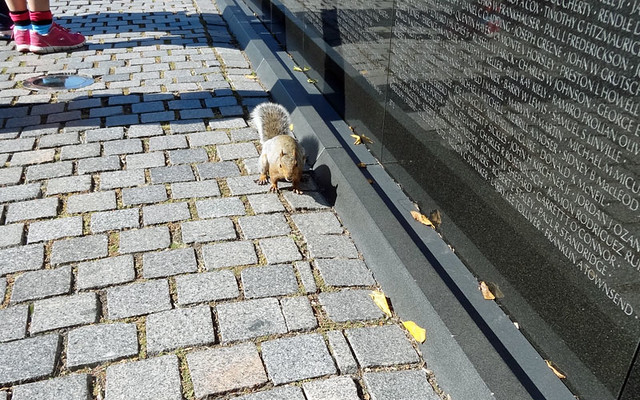 The Washington DC squirrels were so prevalent that I had to wonder if maybe they were just a little too friendly. Why were they always running around so close to me? What if they were secret robot squirrels, created by the government or CIA in order to spy on everybody?

Yes, a few days in Washington DC turned me into a paranoid lunatic.

TIP: If you’re visiting the capital, check out our list of cool and fun Washington DC museums!

10 thoughts on “Encountering Paranoia and Weirdness in Washington DC”