Now that we’ve discussed hiking into the Grand Canyon and the wildlife of the Grand Canyon, it’s time to wrap up our Canyon coverage with a few good old-fashioned photos.

My visit was at the Grand Canyon North Rim, the less-crowded side that sits higher than the South Rim. It provides different (some would say better) views than those you always see from the South Rim.

The mountainous scenery on the way to the North Rim is pretty spectacular. Imagine living in a place like this. If I lived here, I’d have to take up rock climbing. How could you see this magnificent landscape as your everyday backyard view and not want to climb to the top? 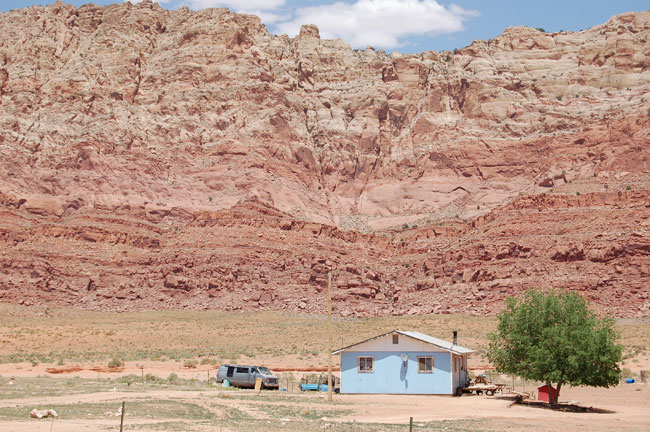 Look, it’s the Grand Canyon and the Colorado River! Or not. This smaller, fake-out canyon is one you’ll pass on the drive to the North Rim. 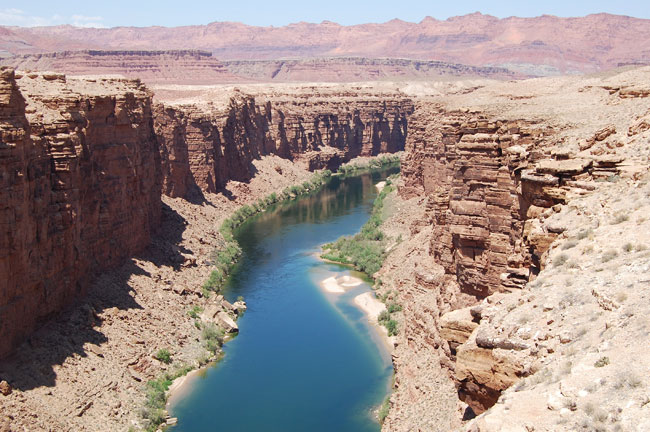 We stayed at the Demotte Campground in the Kaibab National Forest, just seven miles from the canyon and perhaps the cheapest and closest place to stay near the North Rim. It was a typical campground in a forested area with a first-come, first-serve policy. I’d recommend it as a lodging option for budget Grand Canyon travelers. 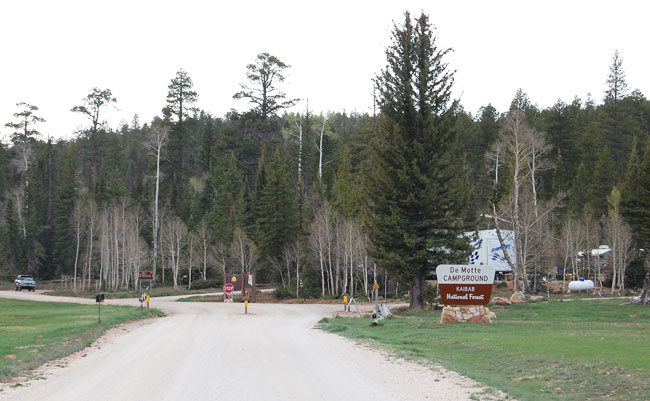 There are actually huge sections of forest on the sides of the North Rim. 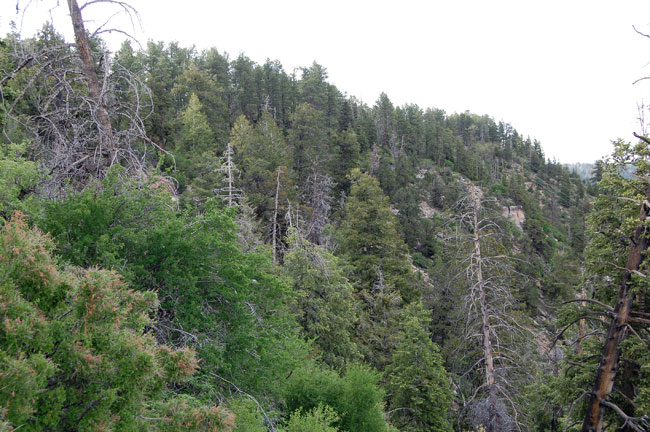 One of my biggest surprises after arriving at the North Rim was the number of trees. “This doesn’t look like the Grand Canyon view I’ve seen in so many pictures!,” I thought. 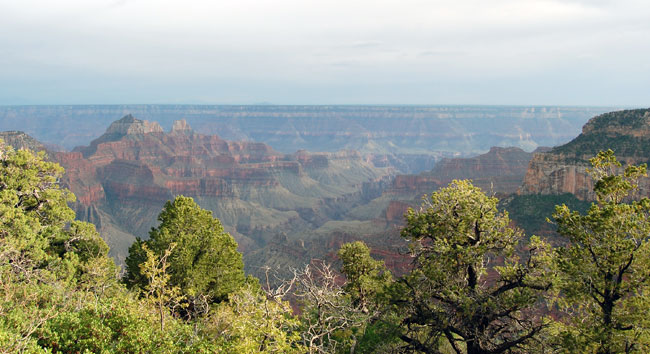 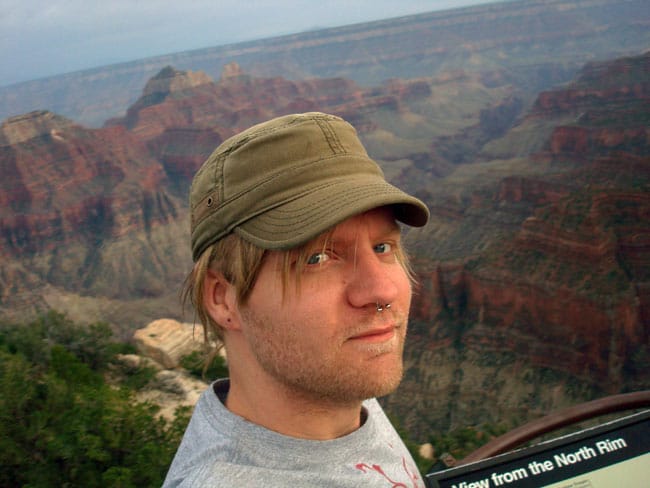 The sidewalk at the North Rim. Don’t fall over the side – it’s a slight drop of 8,000 feet to the bottom. 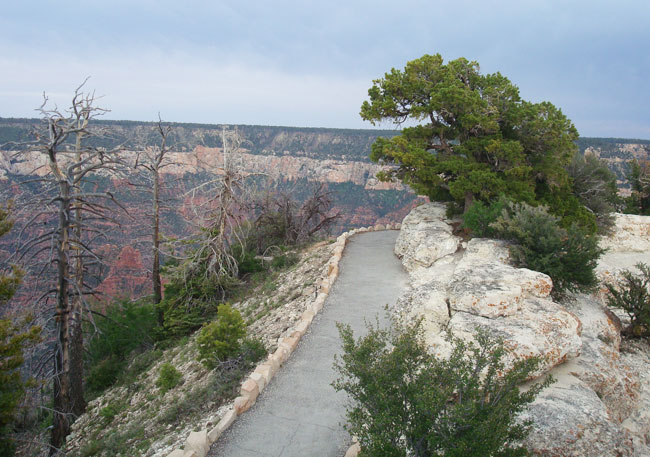 I love the contrast of a couple of dead trees against the full canyon in the background. 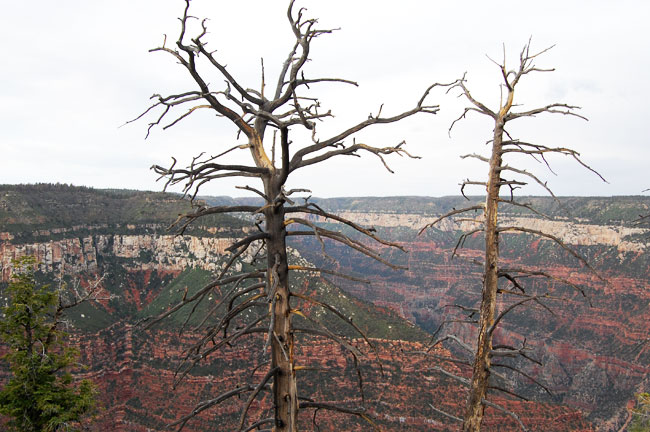 The trees also create some cool visuals during sunset. 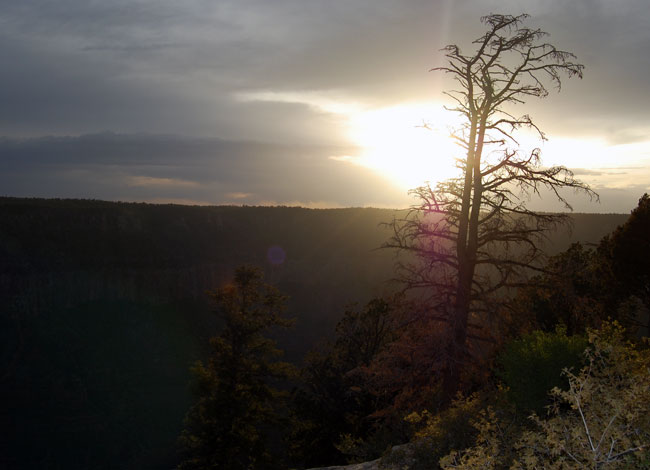 Folks line up to walk down to a North Rim viewing point. 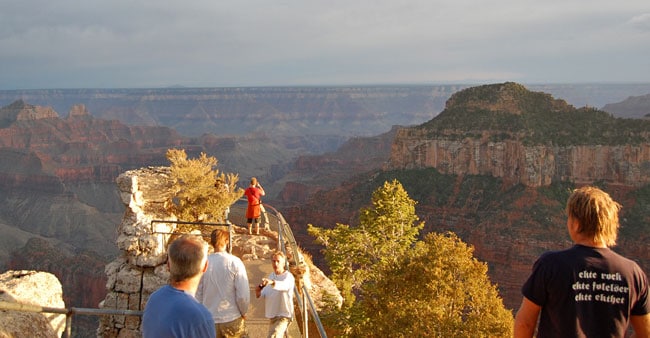 A view into the interior of the Canyon. 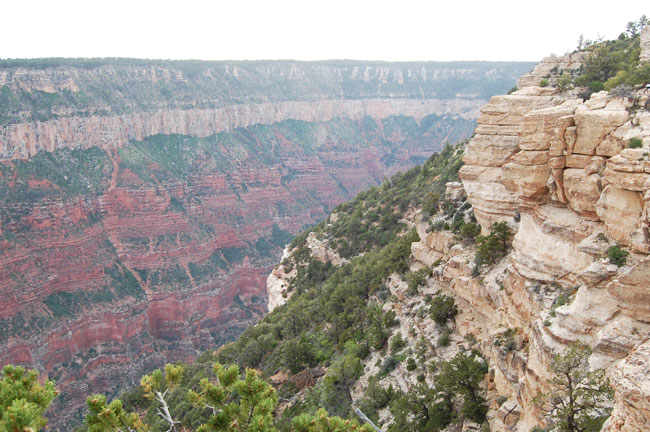 Have I mentioned a few dozen times that I saw an extremely rare California condor at the Grand Canyon? This fellow lorded over the park and kept watch on everything going on below. 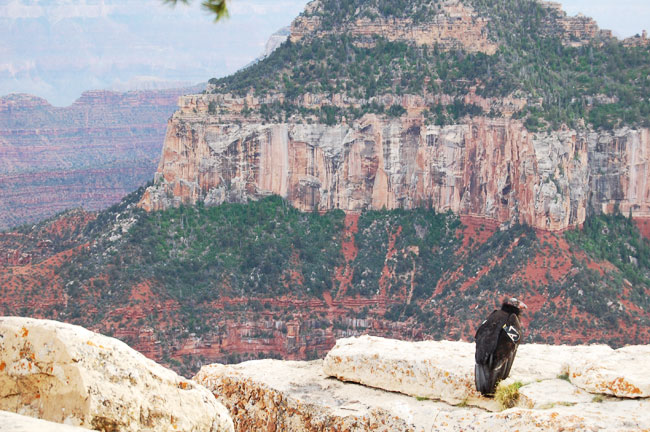 And then there’s the traditional Grand Canyon view. 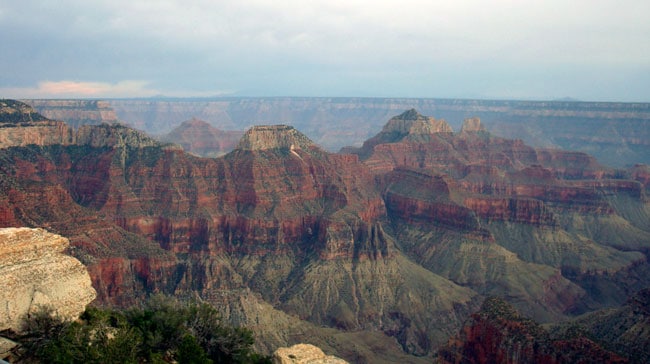 If you’ve made it to the Grand Canyon North Rim, what were your impressions?

8 thoughts on “Grand Canyon North Rim: Photos From the Less-Visited Side of the Park”