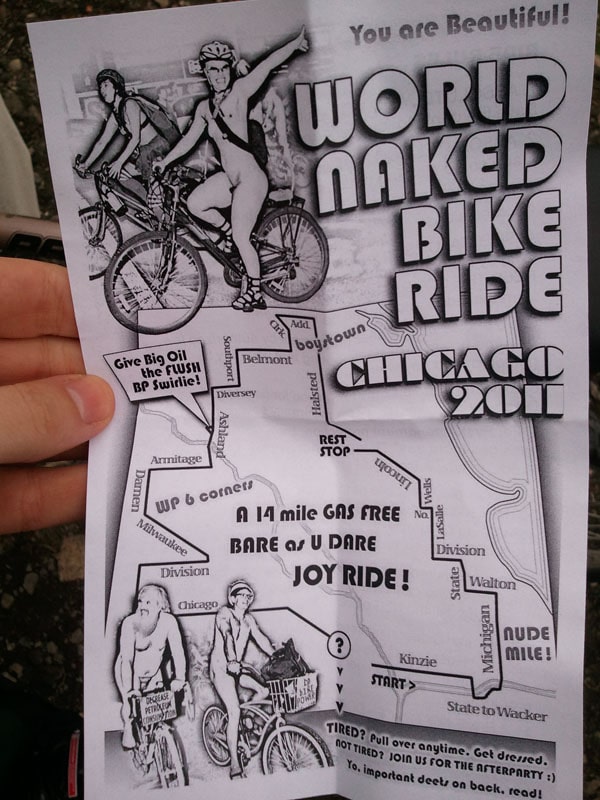 It’s time for pictures and a first-hand recap of this weekend’s Chicago World Naked Bike Ride.

A couple weeks ago, I first wrote about the World Naked Bike Ride, which takes place in various cities around the world as a way to protest oil dependence and promote positive body image.

The Chicago WNBR event for 2011 took place on Saturday evening and I was able to take part for the first time. Participants met up between 6 and 8 behind an abandoned building in the West Loop to get prepped for the ride. Many decorated themselves with body paint. Some danced to the music. There was even an honest to goodness wedding!

Before the ride, we happened to chat with one of the lawyers riding along (he wore a nice suit while riding, if you’re wondering.) The ride has lawyers who help out in case police would decide to make any arrests. But he said there haven’t been any arrests at the Chicago event in years, not since the lawyers got involved.

Around 8:30, riders hit the streets. I was joined by a dozen or so friends from the Chicago couchsurfing community. We were among the hundreds of folks – many creatively painted or costumed – that sped through downtown, Lincoln Park, Lakeview and Wicker Park. Actually, sped is the wrong word, because the ride was slow, with numerous stops along the way.

I was disappointed at the percentage of folks who decided to totally bare it all. Only about one in five chose to go nude, a surprisingly low number since the ride was in the dark and since the police are cooperative – they even helped block off streets to keep things running smoothly.

It was very cold – around 50 degrees and sprinkling at the start – but once the ride got going, it wasn’t so cold and adrenaline took over. As we set out, for some bizarre reason, riders began singing the chorus of the Backstreet Boys hit “I Want it That Way.” It was ridiculous and awesome.

In fact, the entire ride was awesome. If anyone is on the fence about participating in such an event, I cannot recommend it enough. There’s such a feeling of community and respect among the riders. People couldn’t stop smiling, and folks in every neighborhood came out onto the sidewalks to cheer as we passed through. It was like being in the Tour de France. Only without a uniform.

If you’re worried about ending up on the internet – and you will – you can always wear a mask or other headgear to disguise yourself.

As for those photos I promised, well, I actually don’t have many. It was difficult to shoot while riding. Here’s a few I managed to capture that are safe for posting here. First, folks hanging out waiting for the ride to start: 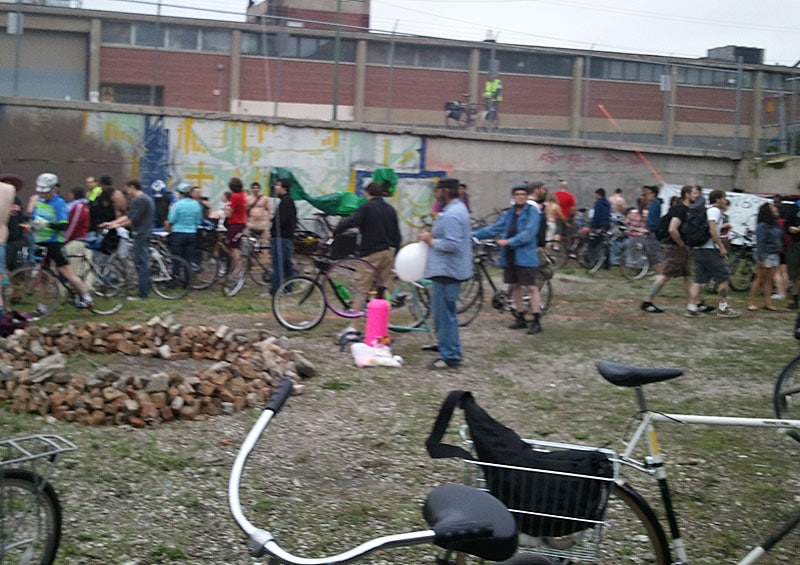 And a couple blurry shots from the ride itself: 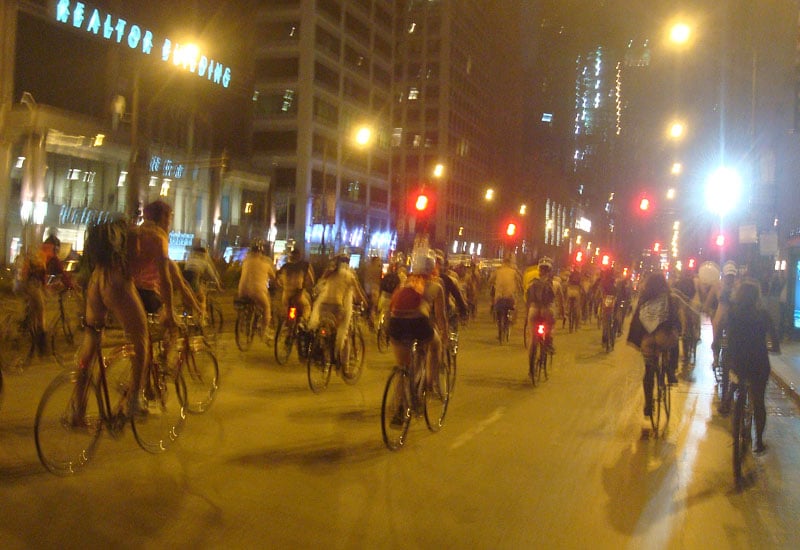 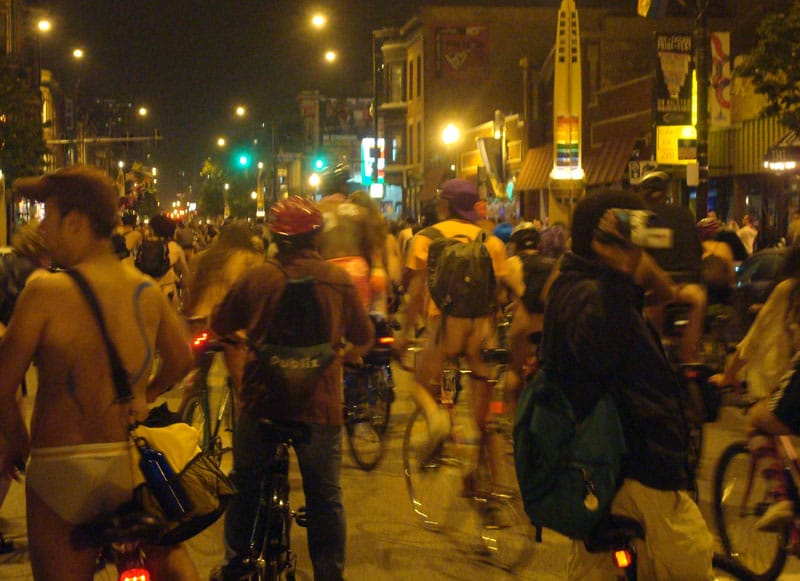 You can find much better pictures from the Chicago 2011 World Naked Bike Ride (censored) here. Chicagoist has a small gallery aptly titled “Profiles in Shrinkage.” Or you can check out what Flickr has to offer (uncensored) here.

YouTube has a handful of (not safe for work) video clips. So far, I’ve found myself in a couple of the videos, but I’m far away from the camera and unrecognizable – which is kind of what I was going for. We’re not quite ready for Nude Quirky Travel Guy just yet – that would be a whole different site.