Saturday was World Pillow Fight Day. What, you missed it? Fortunately, we were on the scene as dozens of down-wielding bandits converged by the river in Chicago for a feathery assault.

Participants were on their best behavior, relatively speaking, as they beat the crap out of each other for several minutes. Any time feathers began flying, the battle was stopped so people could gather up the feathers and put them into a garbage can, rather than letting them drift into the river.

World Pillow Fight Day occurs in cities around the globe, from Amsterdam to Los Angeles, so if you missed this one, mark your calendars for next year. 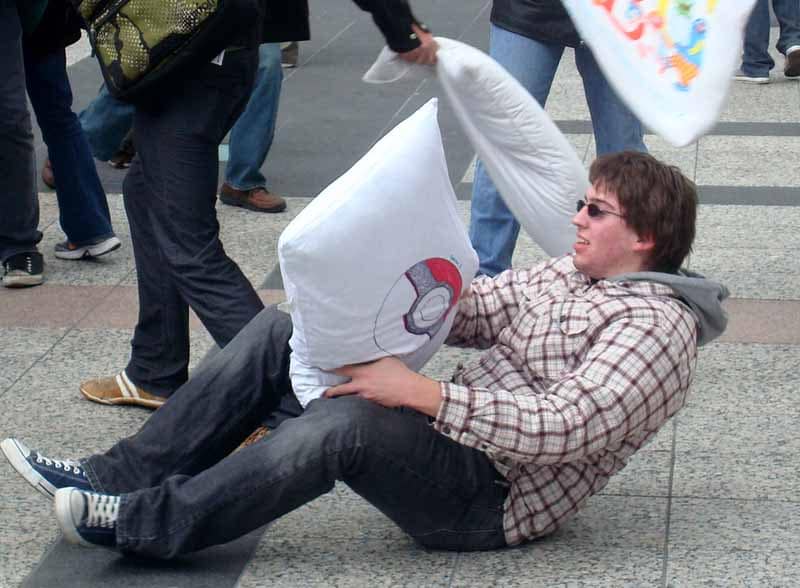 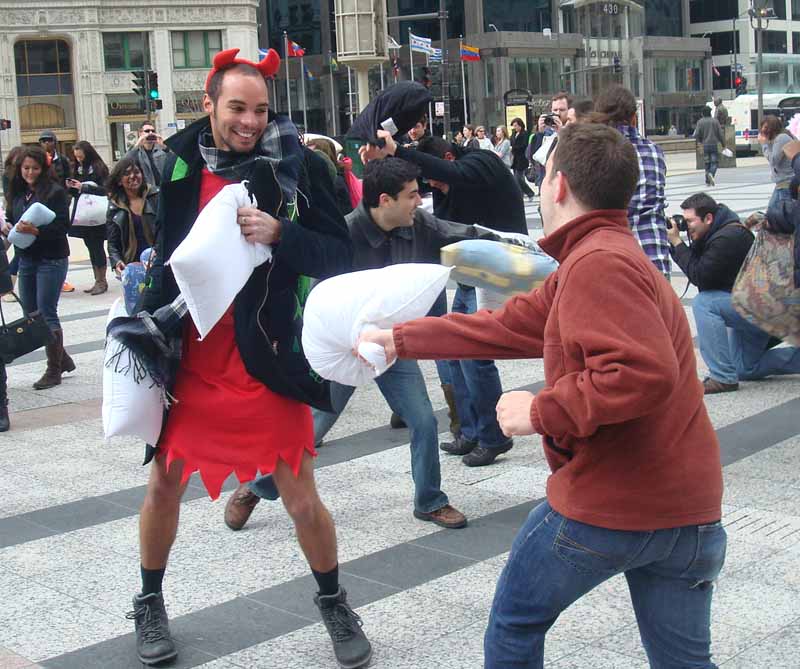 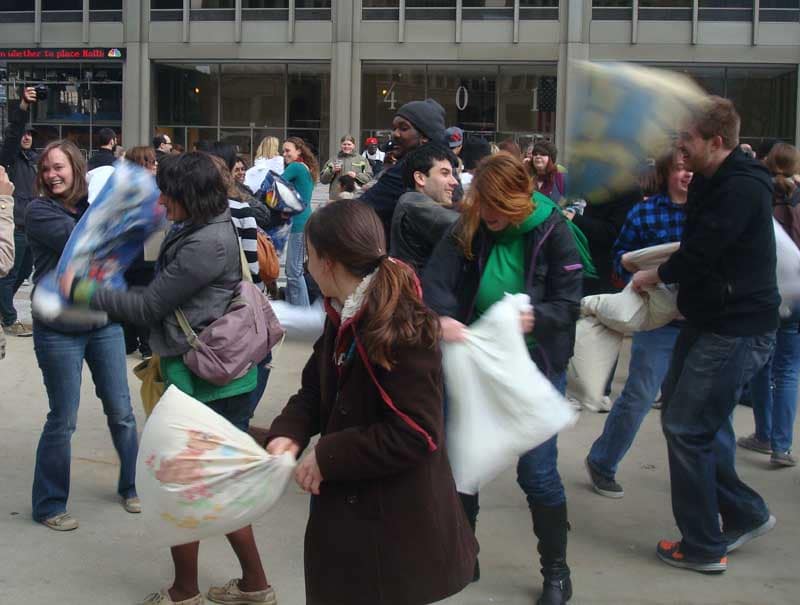 It only took about 20 minutes for the energy to wane. Once folks got tired, it was time to relax. 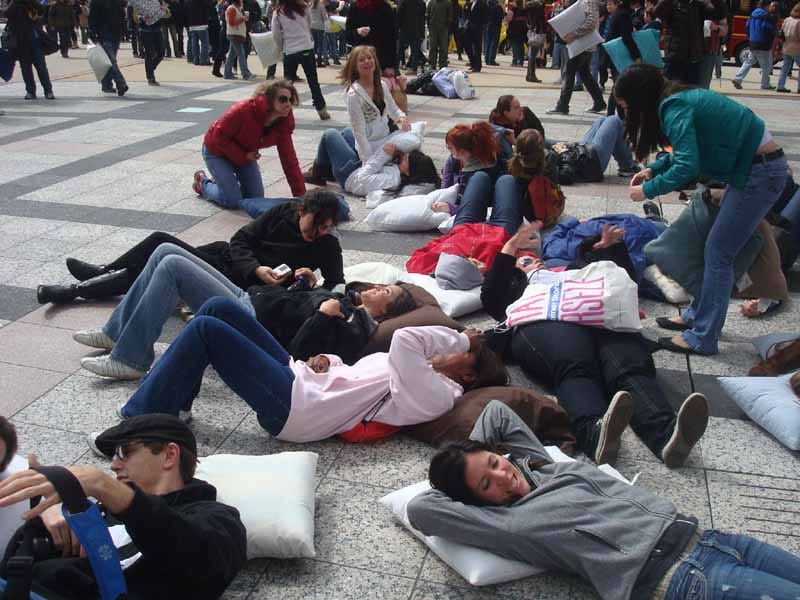 The “holiday” of International Pillow Fight Day typically occurs in the spring on the first Saturday in April. That’s a good time, because it means the snow has mostly melted in the northern cities and people are willing to come out and get outside.

In 2023, World Pillow Fight Day is April 1, which is perfect. April Fool’s Day! What better time to have fun with pillows?

World Pillow Fight Day does have some rules to ensure everyone’s safety. First, use only soft, feather-free pillows. You don’t want to actually injure someone! Next, don’t swing at people who are pillow-less or who are holding cameras. And finally, pajamas are encouraged to get into the spirit of the event.

Among the many cities that held Pillow Fight events last year were Chicago, Seattle, Barcelona, Atlanta, Hong Kong, New York, Melbourne, Orlando, Vancouver, and Washington DC. New cities are always welcomed, so if you live somewhere else and want to start your own pillow fight event, go for it!