Crossing the border at Eagle Pass, Texas and Piedras Negras, Mexico was interesting for a few reasons. The first thing I noticed was people walking back to Mexico with items purchased in the U.S. There’s one guy in this photo dragging a mattress comforter behind him. 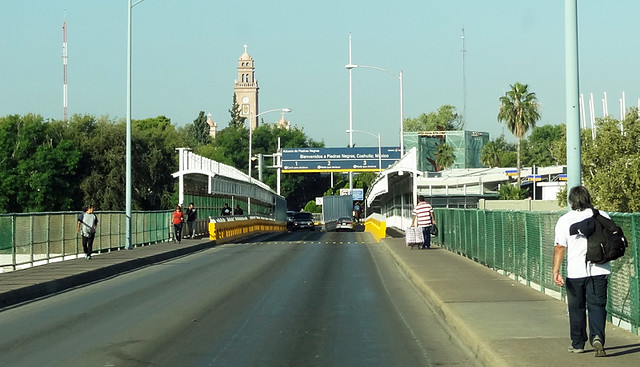 This page from the city of Eagle Pass has information about the International Bridge. 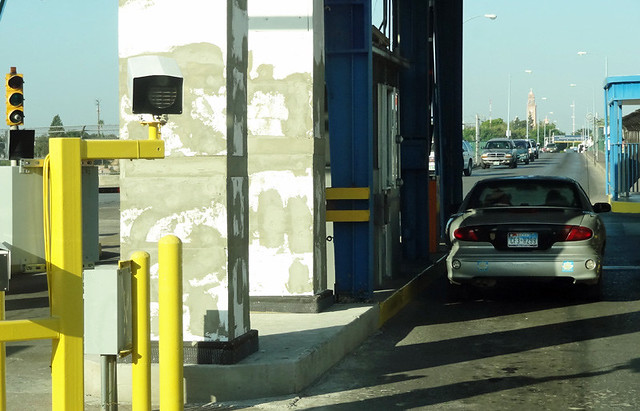 After reaching Mexico, we noticed a sculpture park and a large sign introducing the city. 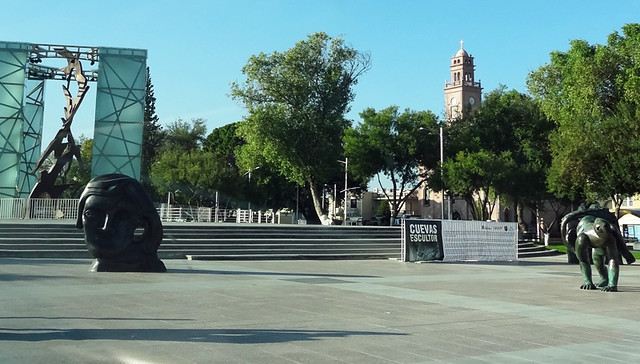 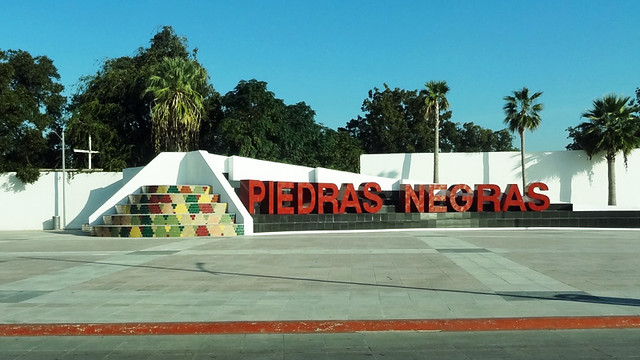 Who knew that the Department of Homeland Security has its own flag? I knew they had a logo, but an actual flag? Are these for sale to the public, I wonder? 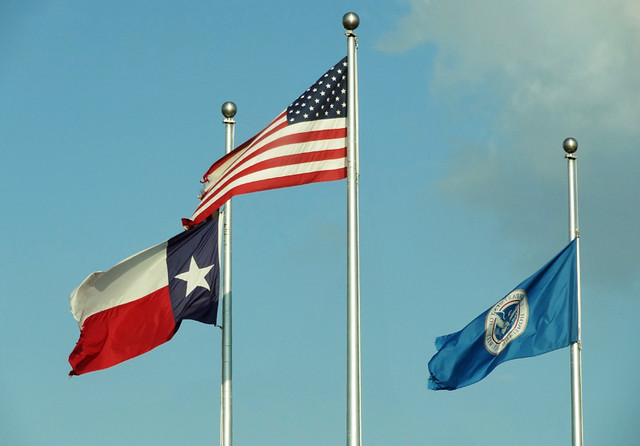 The trip into Mexico was extremely quick, but the return border crossing took much longer – upwards of two hours. It was a Sunday evening, and it seems that there’s a wait at the border coming into Eagle Pass every Sunday. Many Mexicans who are now U.S. residents head back into Mexico to visit family on Sunday, and that can result in a long line of cars waiting to re-enter the U.S.

The exact spot where Mexico meets the U.S. is over the Rio Grande. It’s marked with these fancy colors on the concrete. 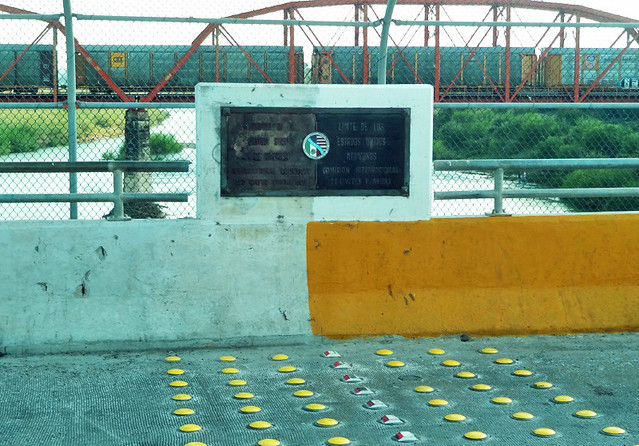 This was the most disturbing aspect of waiting in line at the border: Numerous guys selling random trinkets through car windows… 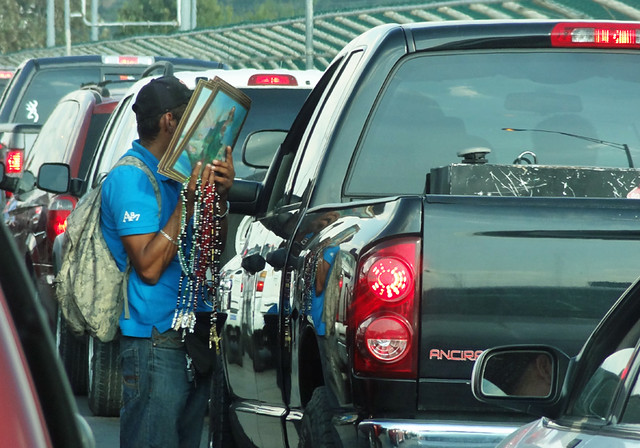 … despite the signs clearly indicating that selling objects is illegal. 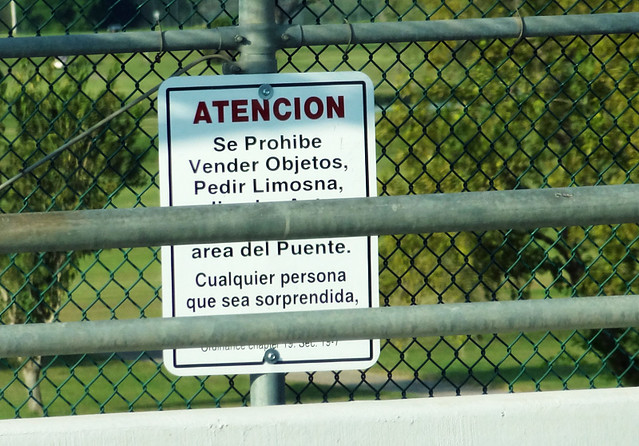 It doesn’t send a great message that the first experience many people have in the United States is seeing people openly defying a rule against vending on the bridge. We don’t care about laws here in the USA! 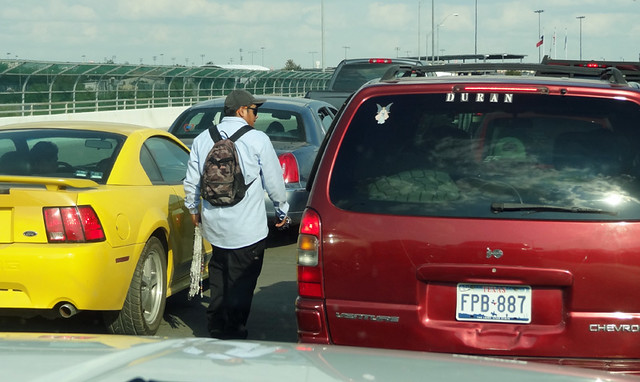 Then again, it’s easy to criticize this sort of thing when you’re in a more privileged position than these folks. I can’t begrudge the poor the opportunity to make a few bucks to support their families. It’s something people just put up with at this particular border crossing.

Check out this photo essay with more photos from the Mexican state of Coahuila. Also read about the Plaza de las Culturas in Piedras Negras, and take a look at some Mexican cemeteries in small desert towns.

2 thoughts on “Scenes From the Mexican Border Crossing at Piedras Negras and Eagle Pass, Texas”