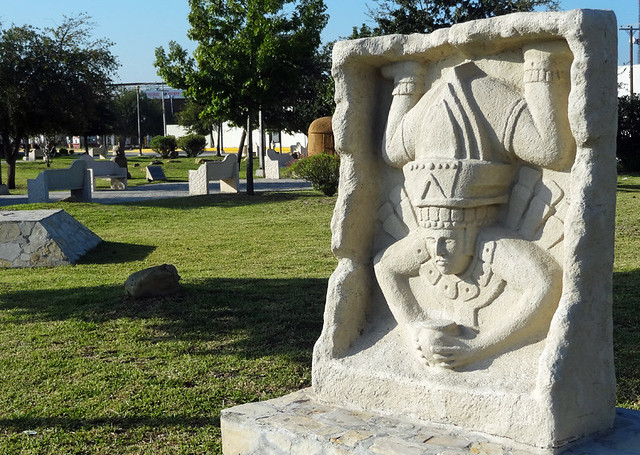 The border city of Piedras Negras, Mexico does not have any ancient Mayan, Aztec or Olmec pyramids, but the city decided to honor these cultures by re-creating pyramids from each in the Plaza de las Culturas, a park that’s one of the first things you’ll see if you walk or drive across the border from Eagle Pass, Texas.

The park is less than ten years old and offers an introduction to Mexican culture via its artwork and statues. Some of the artwork here is really impressive. 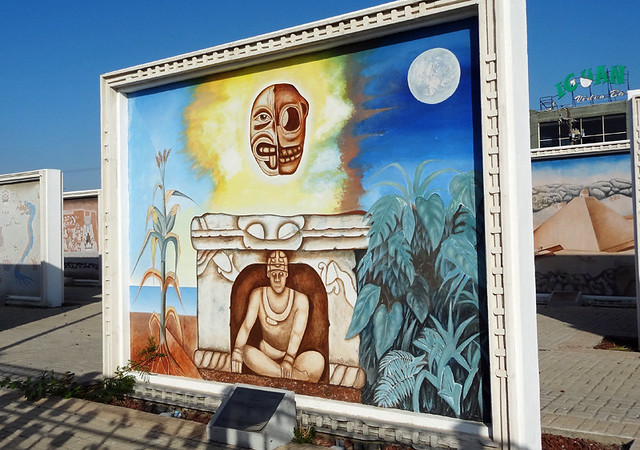 The best time to visit is during daylight hours. At night, the pyramids apparently look great when they’re all lit up. As an American tourist, you’ll probably want to be heading back into the USA once the sun goes down (even though crime in Piedras Negras is lower than in other border towns.) 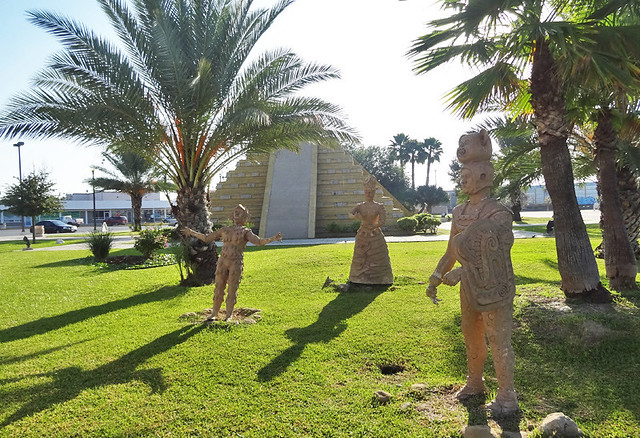 Signs indicate that visitors are not permitted to actually climb the pyramids. But my friend and I may have snuck in a yoga pose or two.

In summary: The Plaza is a cool place to check out if you make it to Piedras Negras. This park isn’t big enough to be a destination by itself, but it’s worth stopping by if you are passing through the area. 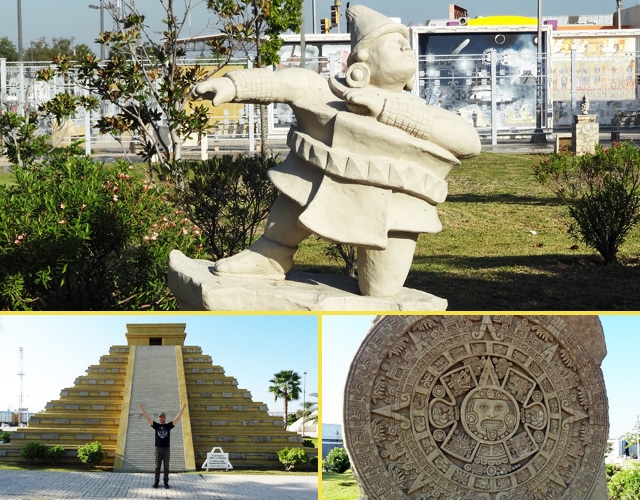 For more reading on this part of Mexico, check out our photo essay from the state of Coahuila, and here’s a glimpse at what a couple of the small Mexican cemeteries look like. Tourists don’t visit this part of the country as often as places like Mexico City, Puerto Vallarta, and even beach towns like Mazunte and Zipolite, so it’s off the beaten path for sure.