The limo that President Kennedy was riding in when he was assassinated is on display at the Henry Ford Museum in Dearborn, Michigan. That’s weird, fascinating, exciting, and more than a little creepy!

What’s even creepier is one of the facts I learned from the informational display next to the vehicle. Did you know that after Kennedy was killed, four more presidents (Johnson, Nixon, Ford, Carter) continued using that very same limo? WTF?!

If you’re a president of the United States, the most powerful person in the world, why wouldn’t you pull someone aside and say, “Hey, uh, ya know, I’d prefer not to travel in the car that JFK was shot in. Because that’s creepy. Get me another ride!”

Here’s a peek inside the Henry Ford Museum outside Detroit, where you can see vehicles of the presidents, plus cool campervans and even the Oscar Mayer Wienermobile!

The Ford Museum has a large collection of presidential limos from over the years. Here’s President Eisenhower’s snazzy set of wheels: 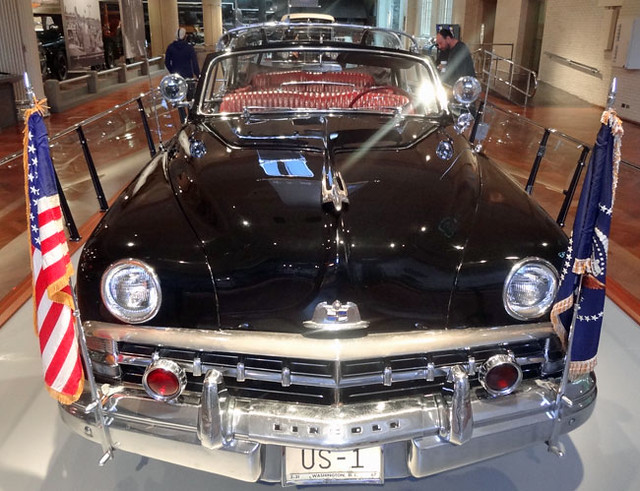 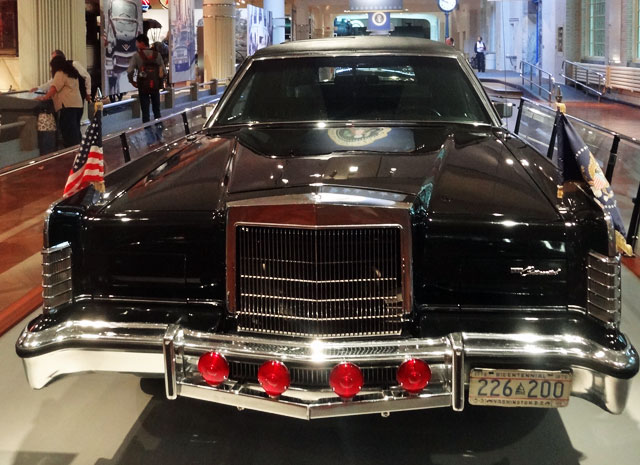 Go back a little further to this 1939 vehicle used by President Franklin Roosevelt. I like the design a lot: 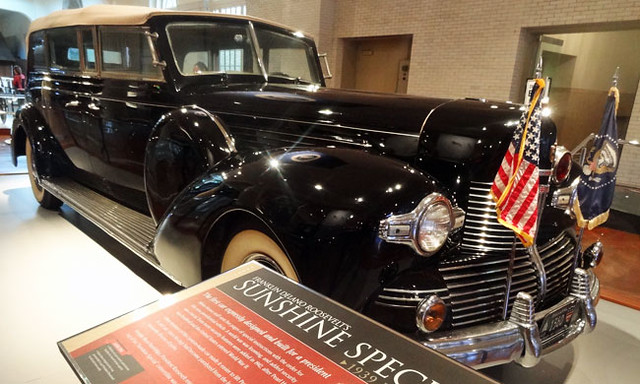 Let’s keep going back to the other Roosevelt, Teddy. More than 100 years ago, he used this carriage to get around. I hope he wasn’t in a hurry. 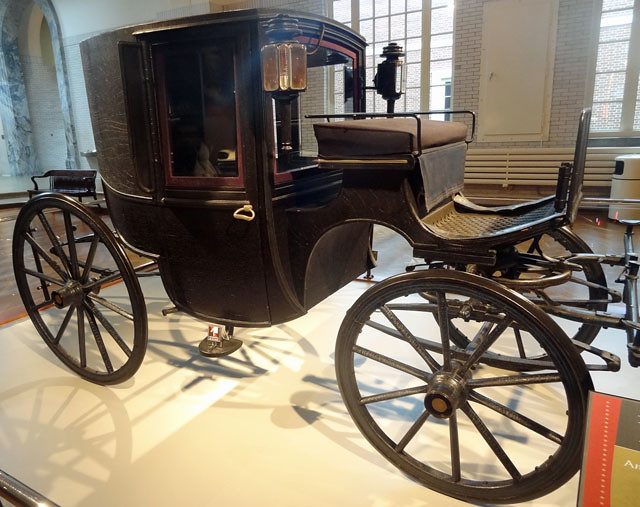 The Wienermobile and Other Sights at the Ford Museum in Dearborn

The Henry Ford Museum can be found at 20900 Oakwood Blvd. in Dearborn, Michigan. It is theoretically possible to get here via public transportation (the 200 bus) from Detroit, but for easiest access, you’ll need to drive, which is fitting considering that this is a museum dedicated to cars.

There’s a lot more at the Ford Museum than just presidential limos. The museum displays a bunch of vehicles from its history. Like this 1957 Ford De Soto! 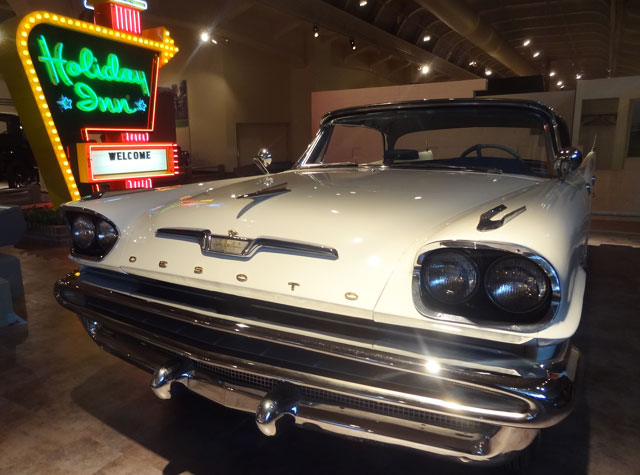 Here’s a sight that is sure to be the highlight for many visitors… the Oscar Mayer Wienermobile!

Nothing can compare to the glory of the Wienermobile, but here’s something that comes close: An awesome VW camper van. I still plan to buy one of these someday and live in it as I travel around North America for several months. 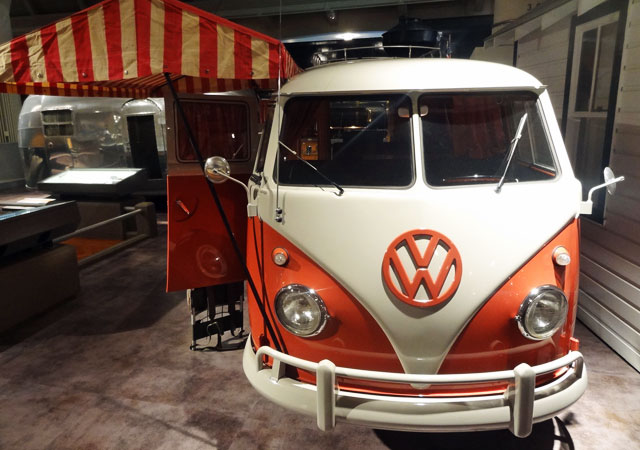 Look at this bizarrely-shaped vehicle. It’s a 1965 Goldenrod, which held the land speed record for more than 25 years. It was clocked in Utah’s Bonneville Salt Flats in November 1965 at 409 miles per hour, the fastest speed ever recorded for a wheel-driven car. That record stood until 1991. The Goldenrod weighed 8000 pounds and was 32 feet long. 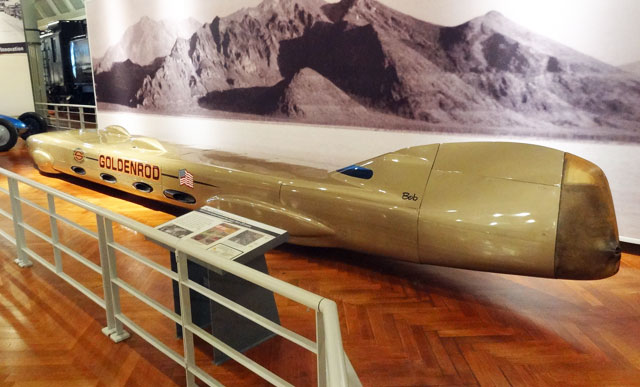 Here’s an early version of an electric car, the Comuta-Car. This was a 1980 model, produced after the gas crisis temporarily created an urgency for non-gas vehicles. 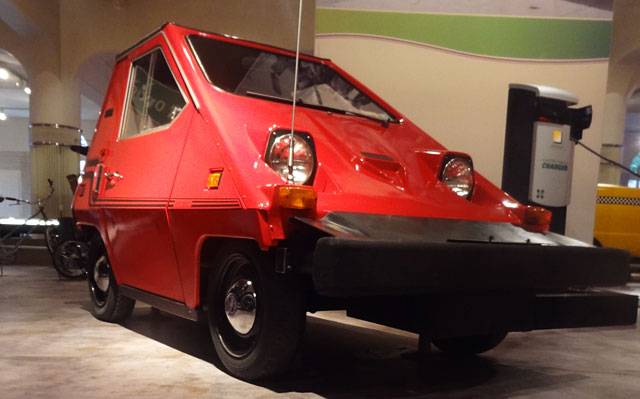 One of the oldest cars on display is this Chevrolet Royal Mail from 1915. It was an “edgy” vehicle designed to look like a race car. Imaging cruising around town in this thing! Just be careful- the fuel tank was right behind the seats. 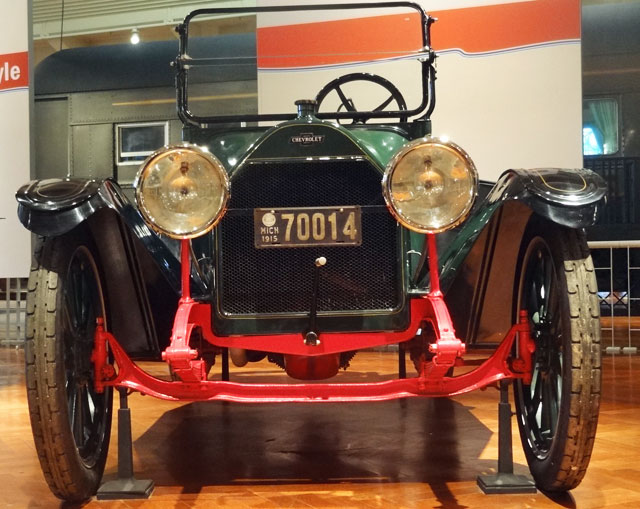 Oh hold on, here’s an even older car! This Ford 999 was produced in 1902 as a racing vehicle. It was said that Henry Ford and his staff were afraid to drive this behemoth: 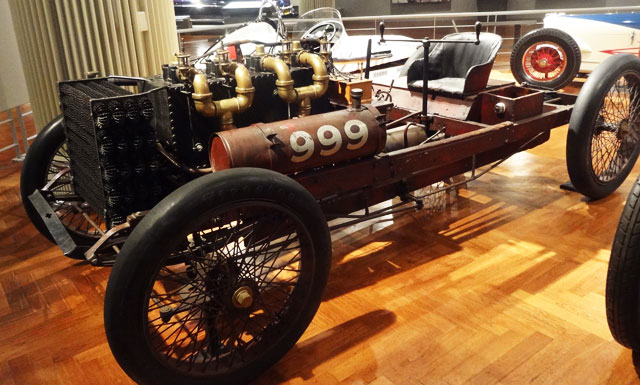 No car museum would be complete without some modern race cars. Driven by Trevor Bayne, this Ford Fusion won the 2011 Daytona 500. The confetti from winner’s circle is still attached. 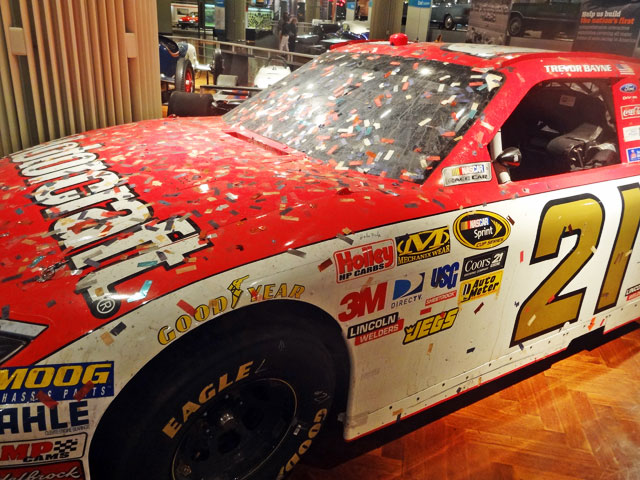 Other Unusual Exhibits on Display

The other items on display range from alternative forms of transportation to completely off-the-wall items. Here’s a very cool sight – the plane from 1926 that was used to fly round trip from Norway to the North Pole. 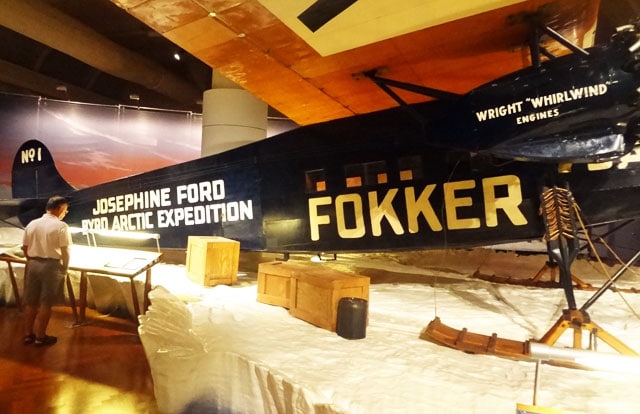 There’s a big section dedicated to locomotives. Kylie Minogue would be proud. 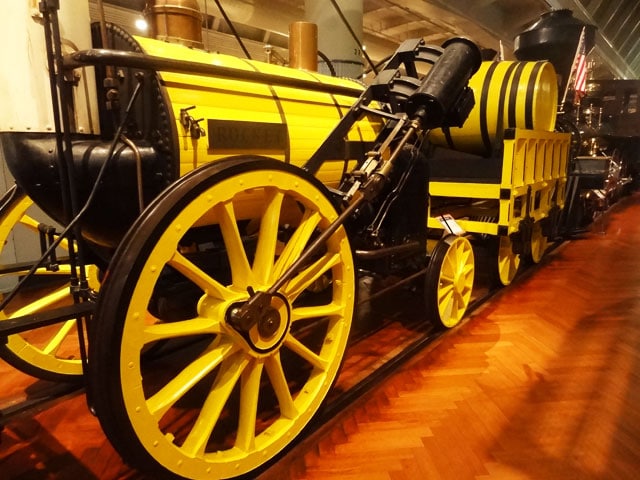 I found this one fascinating. It’s a locomotive snow plow, which was attached to the front of a train in the winter to clear the tracks. This 1923 plow blazed a trail for trains in New England and Canada. 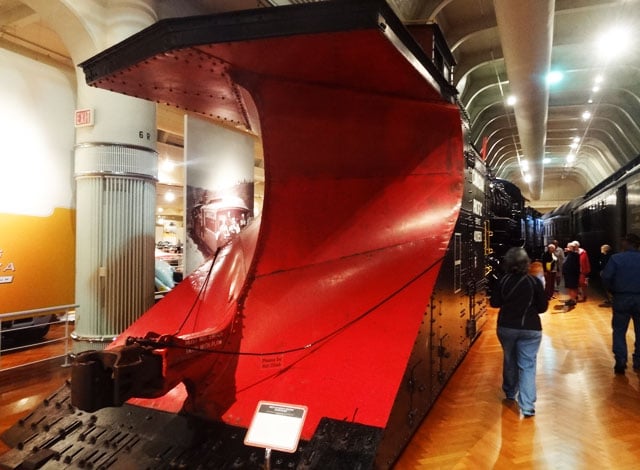 Next up was a weird section on machinery. It was interesting, though not especially relevant to cars. 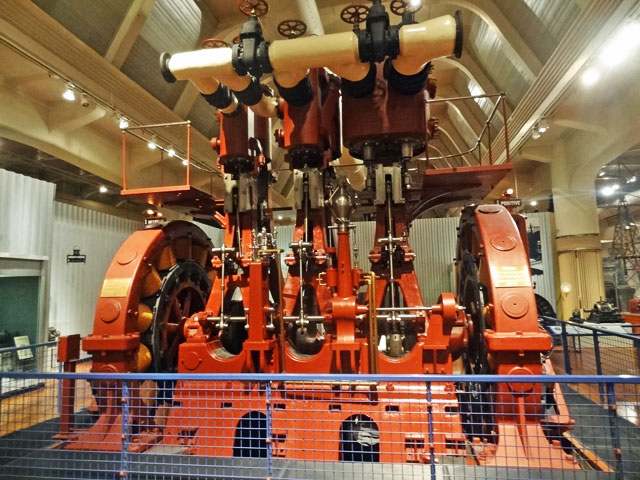 And here’s where the Ford Museum really begins to stretch its scope. The museum includes a display about “modern technology,” a field so wide open that just about anything can fit under that label. Accordingly, there’s an interactive exhibit in which visitors can stand in front of a screen and project themselves into 1980s music videos. 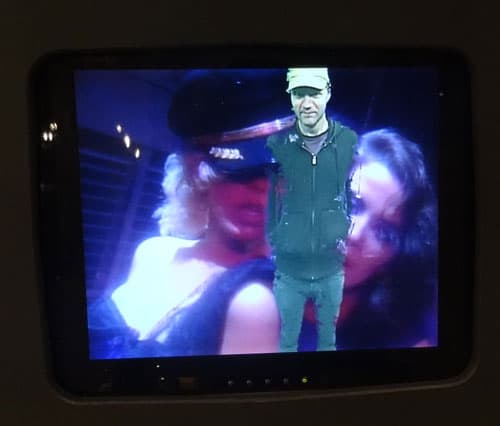 Seeing all of these old vehicles reminded me of my visit to the Studebaker Museum in South Bend, Indiana.

As of this writing, the Ford Museum is open from 9:30 to 5 seven days a week. It’s a fun activity to add to any “one day in Detroit” itinerary.

While you’re in the Detroit area, remember also the Motown Museum and the Heidelberg Project.