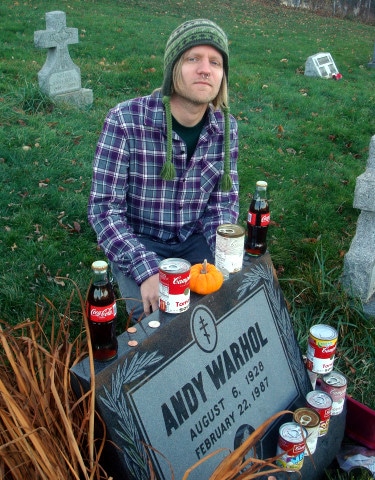 I’m a huge fan of pop art icon Andy Warhol. Besides the fact that he’s from my hometown of Pittsburgh, Warhol was a groundbreaking multimedia artist who pushed boundaries and got people talking. If you’re ever compelled to present me with a gift of some sort, anything Warhol-related is a great idea!

Finding his grave, though, was a difficult challenge. It took a couple weeks of searching to actually find it, because it’s in a small, unlabeled cemetery outside Pittsburgh. For those who would like to stop by, it’s in the Bethel Park/Castle Shannon area at Connor and Library Roads, up on the hill nearby.

The official location of Warhol’s resting place is St. John the Baptist Byzantine Catholic Cemetery. The cemetery is peaceful and quiet. I was the only person there when I stopped by. Just behind Andy are the graves of his parents, Andrew and Julia.

These days, you can find “Andy Warhol’s Grave” on Google Maps, Yelp, and pretty much everywhere else. Locating the site is much easier than back when I first tried to find it!

RELATED READING: 66 Things I Love About My Hometown of Pittsburgh

What makes Warhol’s grave a quirky attraction? How about all the Campbell’s soup cans admirers have left as a token of their appreciation? Or the bags of art supplies and other trinkets? For fans of Warhol, it’s worth a visit. 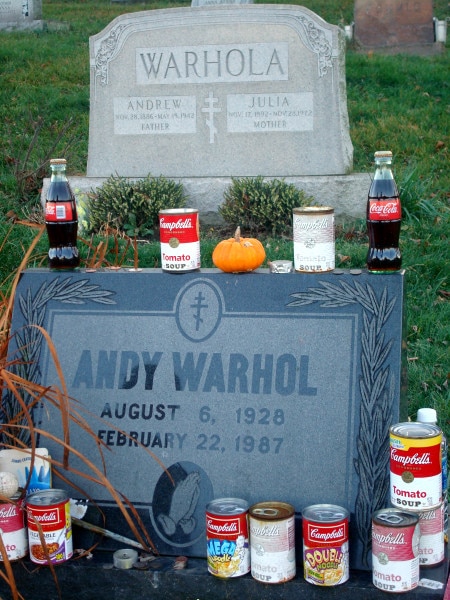 These days, you don’t have to actually visit Andy Warhol’s grave site to see his headstone. The Warhol Museum is offering a 24/7 livestream of Andy’s gravesite.

The livestream is part of a project called “Figment.” That line comes from a quote Warhol gave in which he said, “I always thought I’d like my own tombstone to be blank. No epitaph and no name. Well, actually, I’d like it to say ‘figment.'”

So keep that in mind if you do visit – you’ll be on camera. That seems fitting, since Warhol lived so much of his life on camera. He also used to release movies that were several hours long and consisted of nothing more than a stationary video camera recording whatever was happening in the room. In a way, Warhol was the first livestreamer! 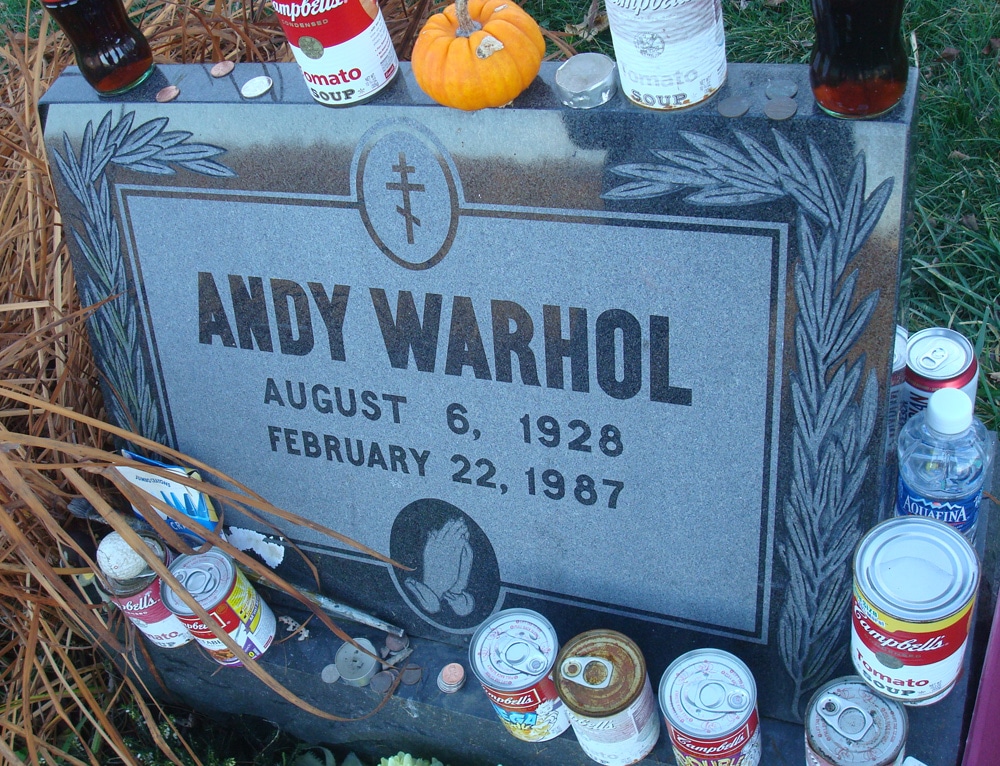 For any Warhol diehards visiting Pittsburgh, in addition to seeing the gravesite, you’ll want to stop by the Warhol Museum on the North Side as well. It’s one of my favorite museums of all-time because it’s so huge and offers so much to see. Bring your camera for the famous “pillow room.”

If you haven’t already, I highly recommend checking out The Warhol Diaries, the daily journal Warhol kept for more than a decade before his death. The stories he tells about his encounters with celebrities are fascinating. Think of it as a precursor to the stories that Andy Cohen and Kathy Griffin tell today.

And while you’re in Pittsburgh, don’t forget to stop by Nationality Rooms, the National Aviary, or attend a Steeler game at Heinz Field.

Would you consider visiting the Andy Warhol burial site?