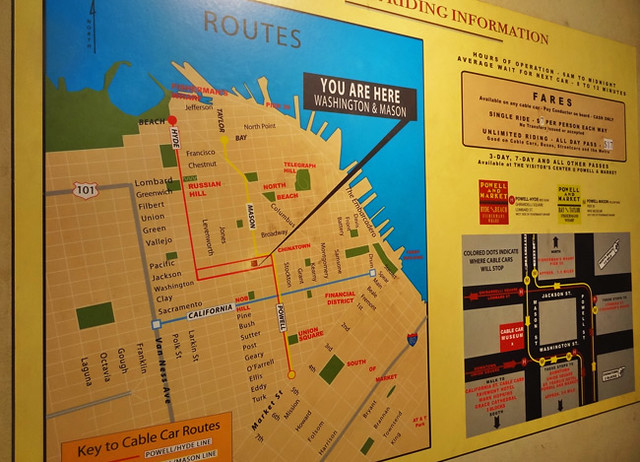 It’s funny how you can be familiar with something without ever stopping to think how it works.

I first heard about the cable cars in San Francisco years ago. Every time I visit the city I am intrigued by these old-time vehicles. But I never really contemplated how the cars operate.

It’s right there in the name, of course: Cable cars. These trolleys are pulled by underground wire cables using a pulley system with cables that run continuously at 9.5 miles per hour.

Most mass transit vehicles today operate on gas power, while some even use electric. But San Francisco’s cable cars still use the old-fashioned method of power: sheer brute force.

At the Cable Car Museum, you can walk out onto a viewing deck to the see the machinery in action, and you can view historic photos and artifacts.

Pictures From Inside the Cable Car Museum in San Francisco 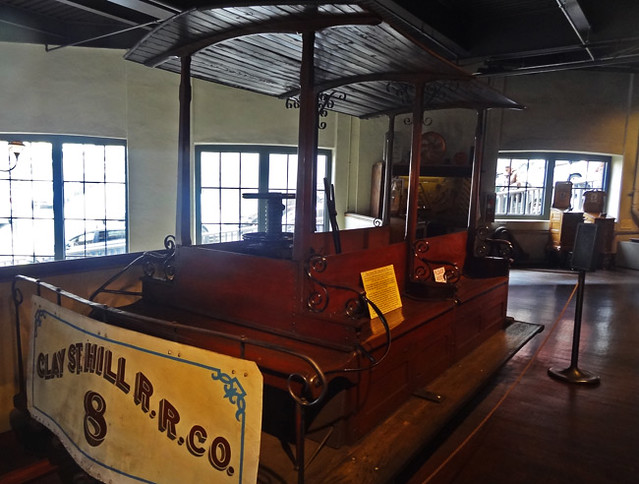 It’s Clay Street Railroad Car #8. This is the only surviving car from the original 1873 fleet, which means it is in fact the oldest remaining cable car in the world.

There are three cable cars on display from the 1870s, in fact. That’s a century and a half old. Before the motor car was invented!

The Cable Car Museum itself isn’t very large, but it’s free, so you’re getting your money’s worth. Main highlight #1 is the viewing deck where visitors can see the giant gears actually cranking those cables. 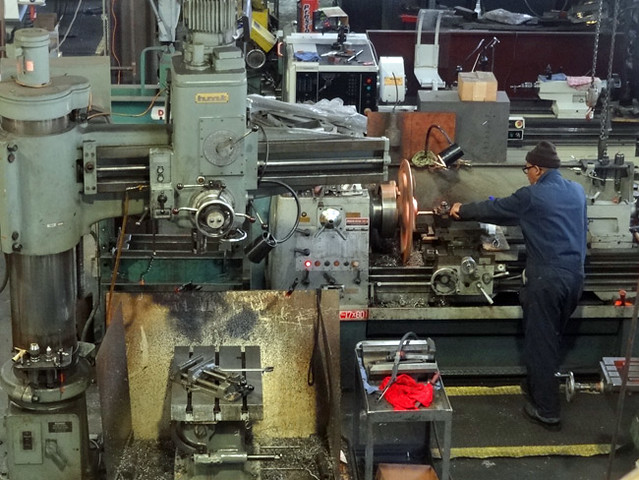 Highlight #2 is a series of exhibits that tell the history of the city’s cable cars and the routes around the city. The many black and white photos are fascinating to see. 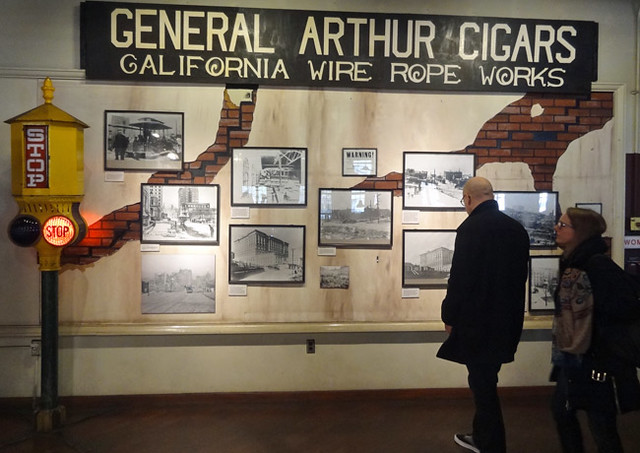 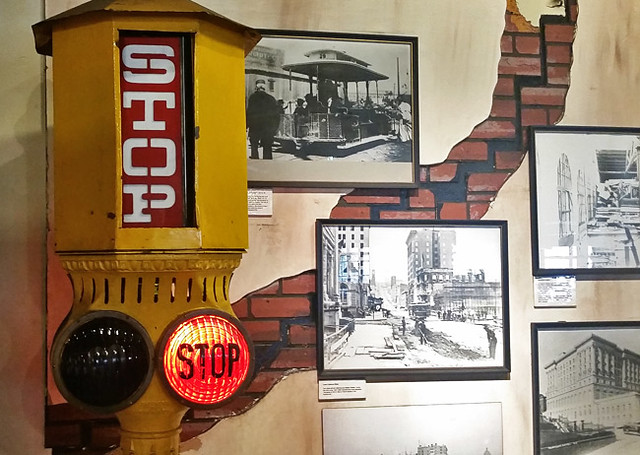 Here’s an exhibit showing transportation tokens from around the country. Some are 100 years old! 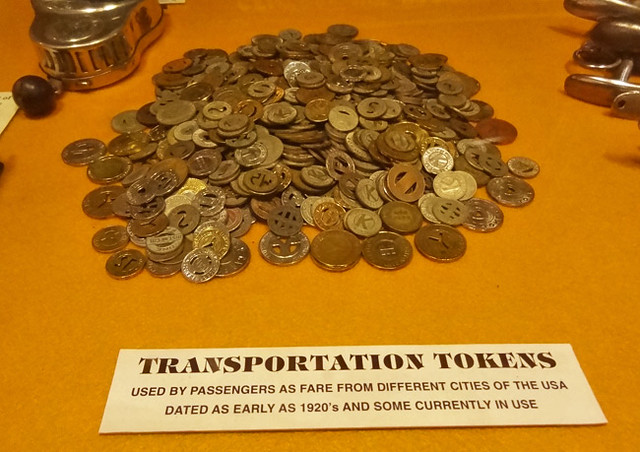 The information is enlightening. You’ll learn that there are currently 40 cable cars in the San Francisco system. A max of 26 are in use at any one time.

The Powell-Mason and Powell-Hyde cars cannot be turned around; when they reach the end of the line, a turntable spins the cars around to head back in the opposite direction. The California Street cars, meanwhile, can run in either direction.

Logistics of Visiting the Museum

It’s closed on Mondays, but is otherwise open every day of the year except Christmas, Thanksgiving, and New Year’s Day.

The museum opens at 10 am and remains open until 5 pm from Friday to Sunday. From Tuesday to Thursday, it closed earlier at 4 pm.

While the museum does not charge for tickets, they do offer gifts and trinkets like toy cable cars to commemorate your visit. You can even purchase genuine cable car bells! 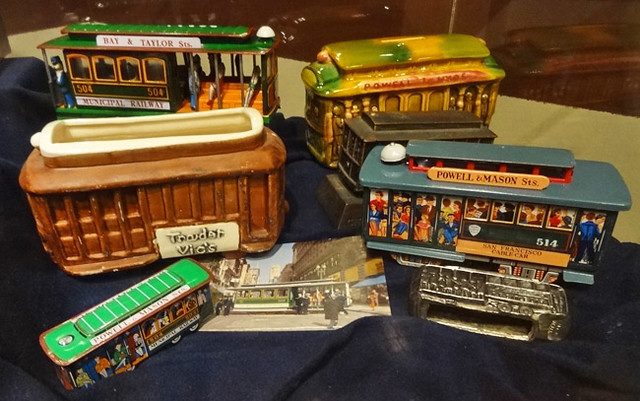 And if you’re interested in riding the actual cable car in SF, it’ll cost you $8 one way. The Powell-Hyde and Powell-Mason lines both stop at the museum.

While you’re in SF, make sure to check out all the famous attractions like Alcatraz and Coit Tower, the Rainbow Honor Walk, and the California Academy of Sciences. San Fran is an ideal stop on a west coast road trip drive between San Diego and Seattle.

Would you visit the Cable Car Museum?