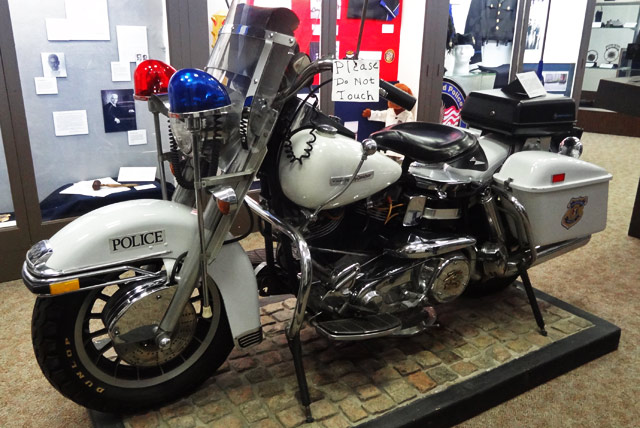 Crime is fascinating. Who knows why. But whether it’s stories of Old West outlaws or murder-mystery documentaries on cable networks, people always seem to be interested in crime stories.

Further proof of that is the Cleveland Police Museum, which capitalizes on that interest with a series of displays covering crime in the city over the past hundred-plus years.

The most eye-catching item on display here is a former electric chair used by the state of Ohio. They even have an old-timey collage showing B&W face photographs of the first 10 people ever executed at the Ohio State Penitentiary. 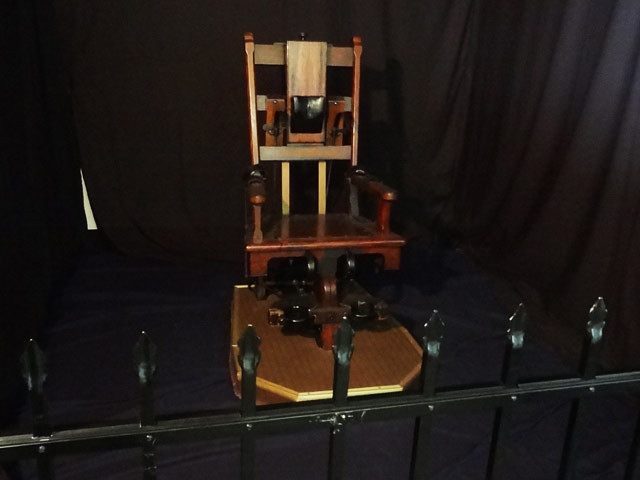 Crime fighting back in the day was so cutting-edge that they kept their lists of wanted criminals in paper notebooks like this one, called the “Book of Thieves.” It looks like this fellow’s name was Fred Schlueb and he was wanted for robbery for stealing $48.76 in November 1920. 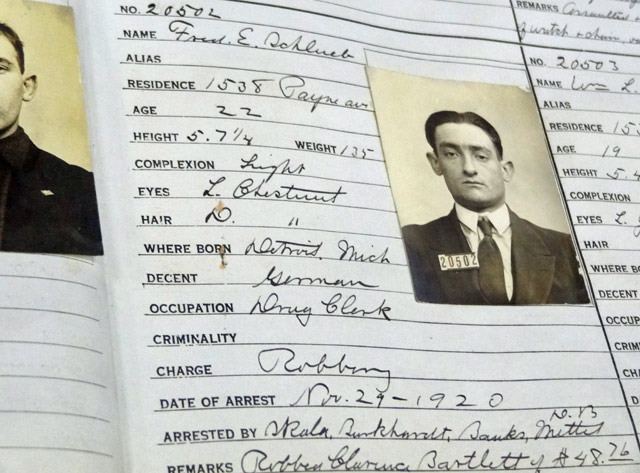 Here’s a Murphy Call Box from 1906. They were placed on street corners and used to signal police in case of emergency. 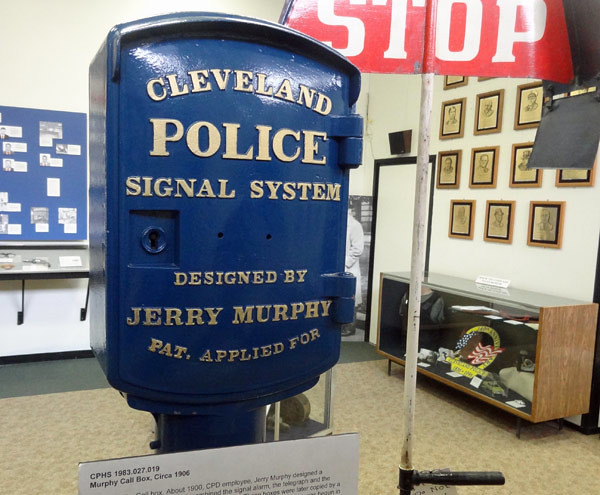 History of the Cleveland Police Museum

The city’s police force was established in 1866. The Cleveland Police Museum opened in June 1983. It’s one of the few police museums in the country, as not many law enforcement agencies have bothered to go through the process of creating an actual museum.

Here’s an interactive exhibit from inside the facility: A recreated jail cell that you can sit inside. 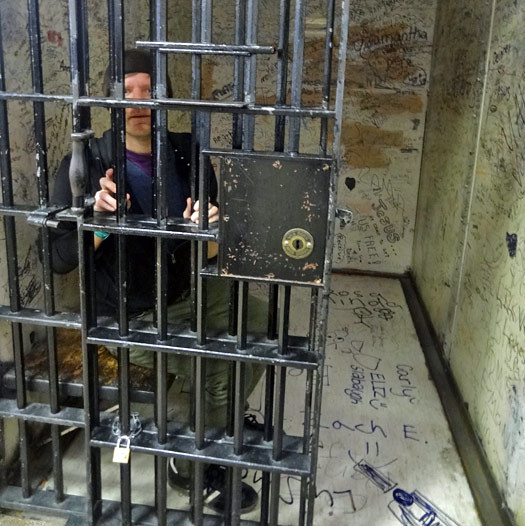 The museum began as a 1200 square foot space, but it now occupies 4000 square feet. There’s a gift shop here called The Cop Shop. The museum operates a blog newsletter called The Hot Sheet. Recent entries on that site have featured vintage photos of old police precincts from the 1800s and 1900s.

Located downtown in the Police Headquarters Center (Justice Center), the Cleveland Police Museum is totally free. Just be aware of its limited hours. When I visited, it was still open five days a week, but currently it’s only open on Wednesday and Thursday from 10 am to 2 pm. And it’s closed entirely during January and February.

There is limited street parking nearby, and it’s all metered. If you can take public transit to this part of the city, do it! 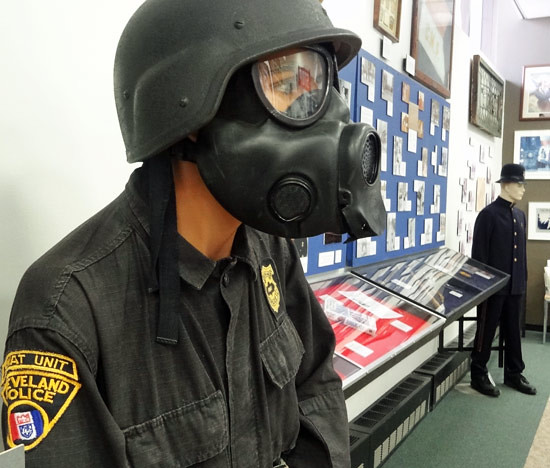 Cleveland is one of the major stops on a road trip on Route 20, aka the longest road in the country! Make sure to give yourself plenty of time to explore the city and check out underrated places like this.

While you’re in town, be sure to check out all of the other quirky and unique things to do in Cleveland! Options include the History of Contraception Museum, A Christmas Story House and Museum (which features objects from the classic film), the giant “FREE” stamp, and the Lake View Cemetery, where you can find the Garfield and Rockefeller graves.

And of course, don’t forget to visit the iconic Rock and Roll Hall of Fame!