On my recent trip to New York City, I stumbled upon a weird-looking, elevated half-acre parklet called the Irish Hunger Memorial.

The site is dedicated to the million people who perished during the Irish Potato Famine of 1845-1852. It contains an authentic, roofless Irish cottage, limestone from all 32 counties of Ireland, as well as a garden area with native Irish plants. The walls are adorned with poetry and depressing writings about famine and hunger. 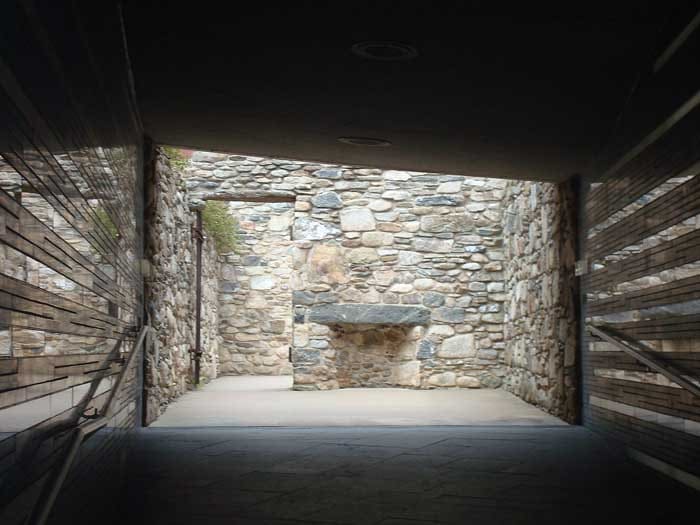 The weird thing about the memorial is that it’s not well-marked. In fact, I visited and left without knowing what it was. I had to Google it later to discover its purpose. A bit more signage would be appropriate.

The memorial was designed by artist Brian Tolle. It provides an unexpected but welcome feeling of the countryside right in the middle of the urban concrete jungle. The memorial faces in the direction of the Statue of Liberty. 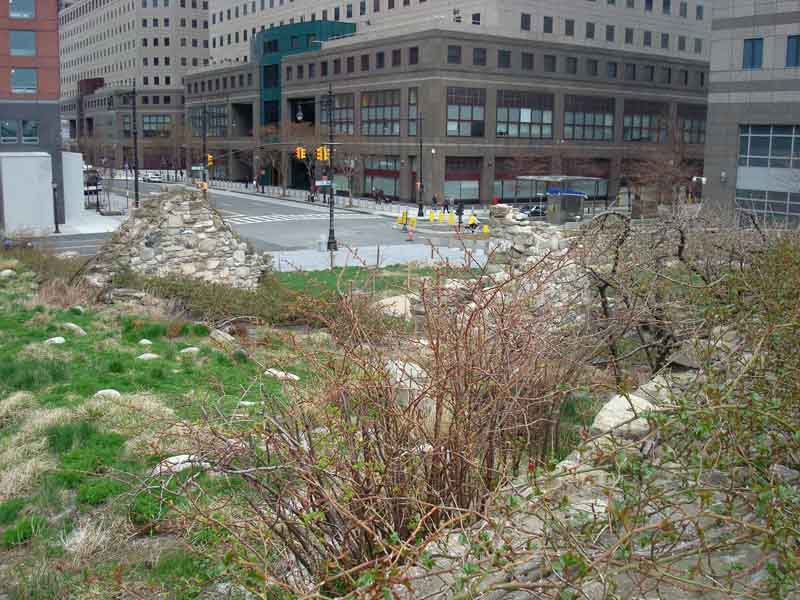 It seems hard to imagine such a famine taking a million lives in today’s world. Then again, the famine in Ethiopia in the mid-1980s, the one that inspired “We Are the World” charity project, also killed over a million people. So visiting the Irish Hunger Memorial is a stark reminder that this sort of thing can happen under certain unfortunate circumstances.

Construction of the memorial began in 2001 before the September 11 attacks. Work was obviously stopped after 9/11, but resumed and the park was dedicated in 2002.

In 2016, the famine memorial underwent a 12-month renovation project at a cost of $5.3 million. The renovation involved needed waterproofing fixes.

The Irish Hunger Memorial in NYC is open daily, with current visiting hours ranging from 6 am to 1 am. Though it’s not nearly as well-known as the High Line, the memorial is still worth a visit if you happen to be in the area.