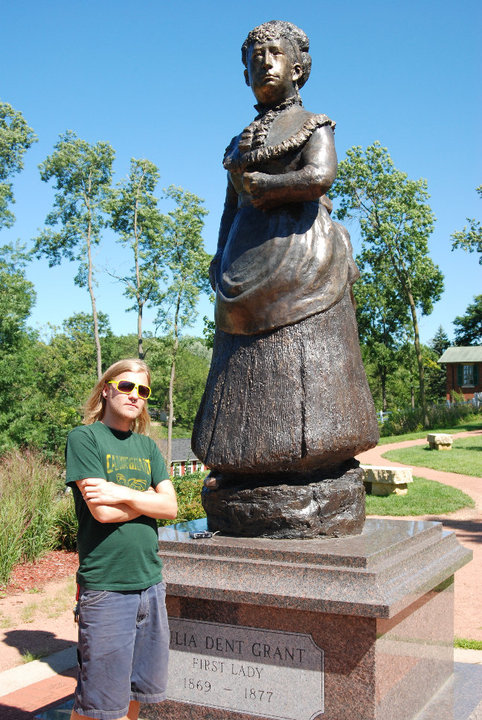 In 1860, General Ulysses S. Grant moved to the town of Galena, Illinois, on the western side of the state, near Iowa. He left to participate in the Civil War and returned a hero.

Galena created a tribute to his wife Julia with a 9.5-foot tall statue, erected in 2006 outside the Grant Home, a historic museum. Unfortunately, many locals feel the statue looks more like Mrs. Butterworth, and have taken to referring to it as such. Some mock the fact that the statue didn’t try to beautify Julia’s less-than-attractive face.

But site superintendent Terry Miller, who had the idea for the statue, said those concerns are overblown and pointed out that very few women have been honored with statues. Which is a great point. So few women have their own statues… should we really be nitpicking about the statue’s appearance?

We’re making light of Julia’s statue, but the former first lady has quite a legacy that shouldn’t be overlooked. The NPS has an extensive list of her life history and accomplishments. When her husband was in office, she helped him review his mail and regularly met with legislators.

For fans of Ulysses himself, he has his own statue in Galena as well, just a couple blocks from Julia. Stop by and attempt to recreate his pose! 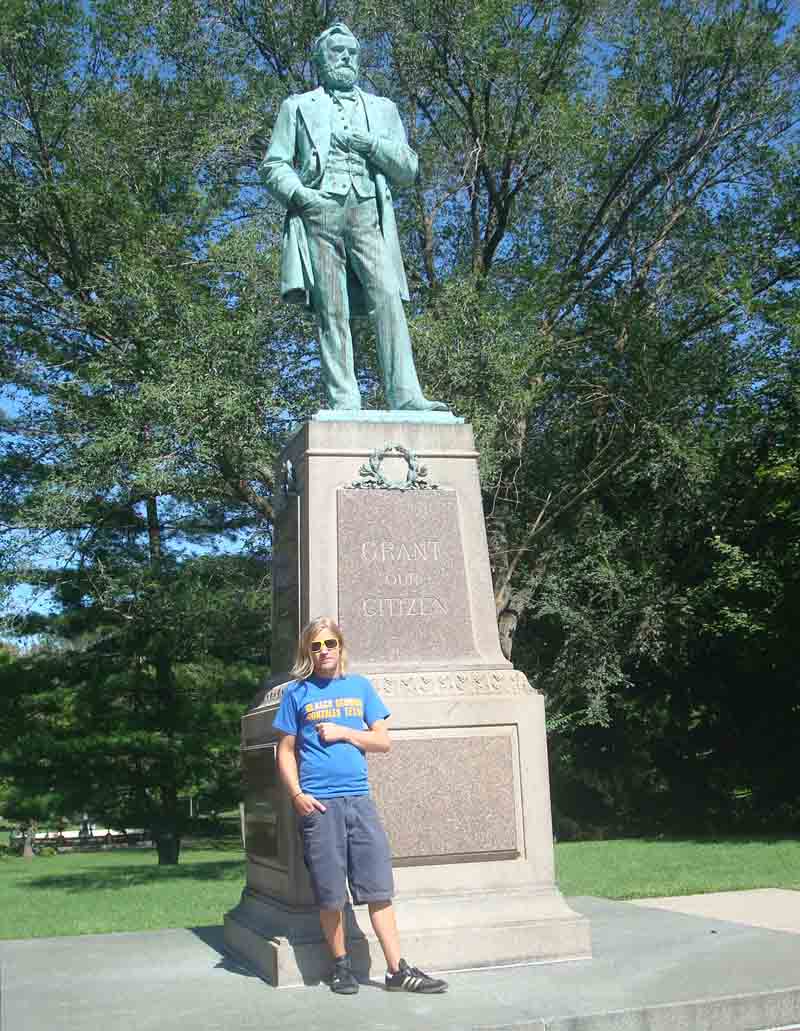 President Grant’s Home is open to tourists from 9 am to 4 pm Wednesday through Sunday. Tours are about 30 minutes long and cost $5 admission.

Illinois is becoming known as one of the quirkiest states in the union. Consider that the state is also home to the white squirrels in Olney , the Leaning Tower of Niles, and the Rockford Sock Monkey statues. If you’re up for a quirky road trip through Illinois, you might as well hit them all!