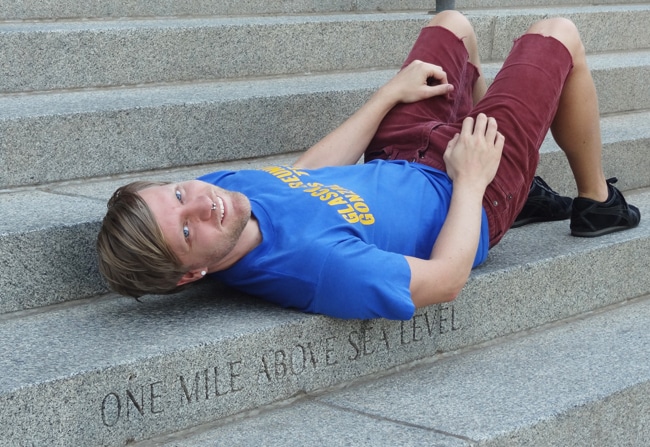 Denver’s nickname as “The Mile High City” is spot-on accurate. No rounding or estimating going on here! The steps of the state capitol building are marked at the exact location of one mile above sea level.

If the elevation of the capitol building was 5,270 feet or 5,290 feet, no one would care. But because one of the steps sits at exactly 5,280 feet, and because that step has been engraved to reflect its elevation, this spot has become a highly-sought-after photo opportunity.

It’s not even clear which step is precisely one mile above sea level. Denver’s official website says that originally the 11th step was carved as one mile high, but it was later determined that the actual spot was four steps higher. Some time after that, scientists decided that Denver was three feet higher than previously believed.

So who knows which step is really one mile high. You can cover your bases by posing on all of them. Join the parade of tourists and get your pic taken at the capitol.

“Come on, honey, stand right between grammy and paps!” 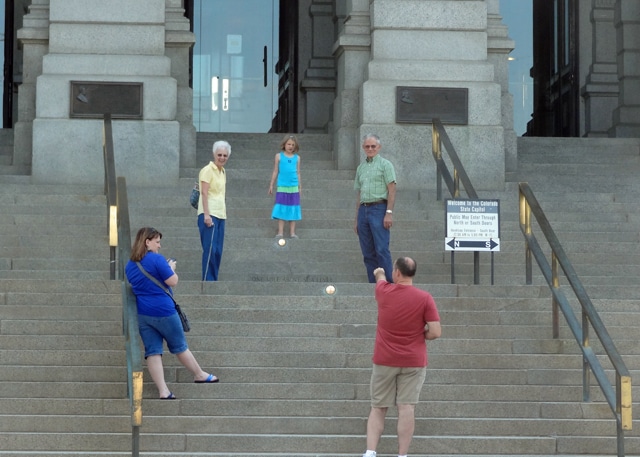 You can visit the steps anytime, but obviously daylight hours are best. There’s no charge, making it one of the best free activities in the city of Denver.

The Capitol building resides in the Denver neighborhood of Capitol Hill (obvs). It’s very close to downtown, so you can walk over if you happen to be staying downtown.

As with any major urban city, use common sense to remain safe. If you stop by at 3 in the morning, when nobody is working in the building and no other tourists are around, that would be unwise. But any other time, you’ll be totally fine.

You know you want to get your photo on the step! Be sure to add this to your Denver travel itinerary.

12 thoughts on “Quirky Attraction: ‘One Mile Above Sea Level’ Sign at the Colorado State Capitol”