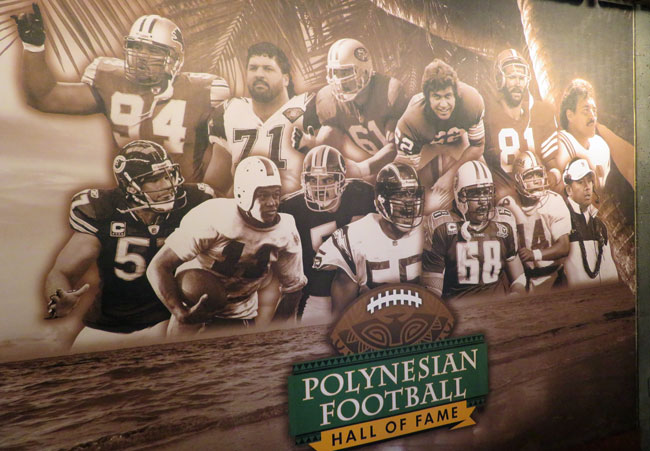 Among all the quirky and offbeat things to do on the Hawaiian island of Oahu, one of my favorite discoveries was the Polynesian Football Hall of Fame. This small museum displays artifacts and video exhibits on some of the great players in NFL history who have Polynesian heritage.

Polynesian football players have been excelling in the National Football League for years. People like Junior Seau and Troy Polamalu became household names and worldwide stars thanks to their performance on the field.

In 2013, former players Jesse Sapolu and Ma’a Tanuvasa created the Polynesian Football Hall of Fame. The hall resides inside the Polynesian Cultural Center in Laie, Hawaii. 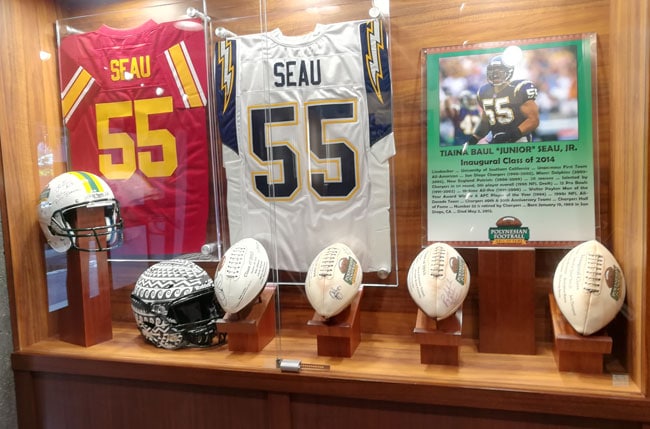 What You’ll See at the Polynesian Football Hall of Fame

Though the Hall is on the small side, it has some nice galleries and interactive exhibits for the players it honors. Each year, a handful of new players are inducted into the Hall, and their exhibits are added to the museum. 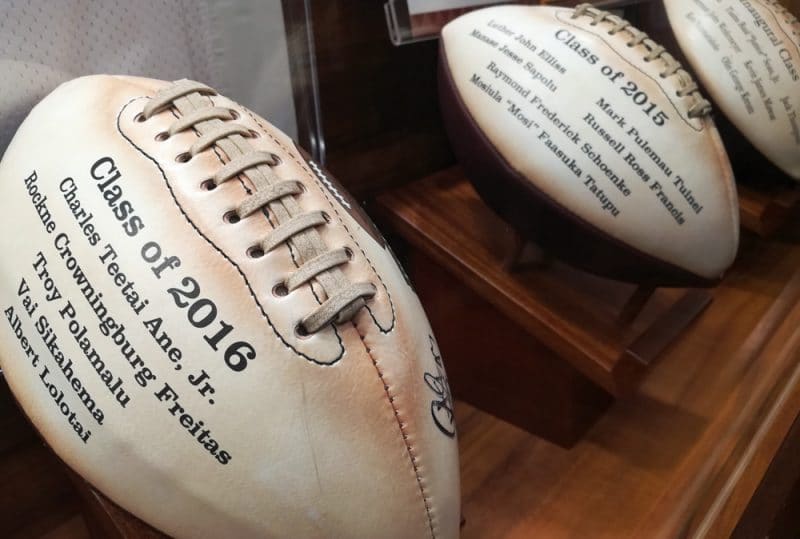 As a big Steelers fan, I spent a lot of time at the Troy Polamalu exhibit. As with every player, the Hall features a video screen showing highlights from the player’s career, photos, and statistics. Game jerseys and helmets are also on display. 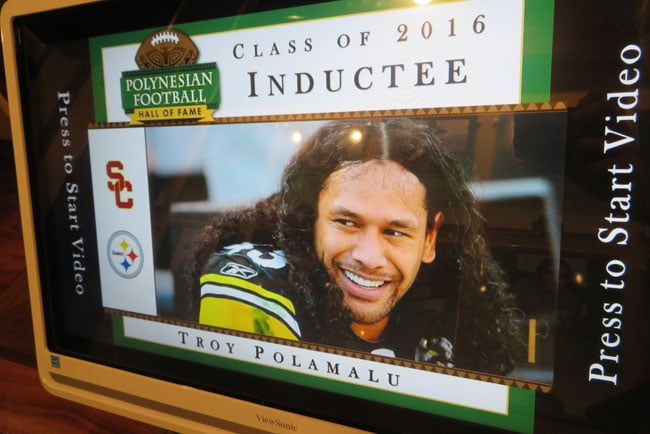 Other folks honored in the Hall include Kevin Mawae, Vai Sikahema, Mark Tuinei, Mosi Tatupu, and Kimo von Oelhoffen. Players must be retired to be eligible for induction. The organization also chooses an active player to recognize with its Polynesian Pro Football Player of the Year award. Recent honorees have included Marcus Mariota and Juju Smith-Schuster.

Each January, there’s an induction event with a dinner honoring the recipients. That coincides with the Polynesian Bowl, an all-star game for high school players of Polynesian descent. Fans and corporations can buy tickets to the enshrinement ceremony and the celebration dinner.

The Cultural Center is open Monday through Saturday from noon to 9 pm. However, the Polynesian Football Hall is only open from noon to 7:30 pm. So keep those hours in mind when planning your visit.

The address of the Center is 55-370 Kamehameha Highway. Don’t get confused by the address of the Polynesian Hall of Fame’s corporate offices, which are located on Waialae Avenue in Honolulu. There’s no museum there and nothing for visitors to see.

The cultural center sees about 700,000 visitors annually, ranking it as one of Oahu’s top tourist attractions. Yep, it’s on the same list as Pearl Harbor, the Koko Crater, and the Dole Pineapple Plantation.

Not all of those visitors stop in to the Polynesian Football portion of the grounds, of course. I stopped by on a weekday afternoon and the Hall was mostly empty, so it’s not likely to be overrun with tourists.

Note that admission to the Cultural Center is quite expensive, more than $60 for a day pass to see the 6 cultural villages. But admission to the Hall of Fame is free – you can walk in without having to pay for the rest of the Center.