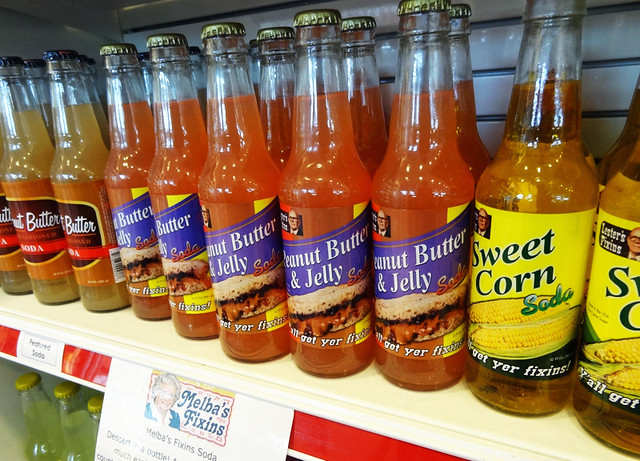 Just outside Oklahoma City on Route 66 sits the soda mecca of America, the store called Pops. Just look for the giant pop bottle on the side of the road. And sit down and enjoy your buffalo wing soda.

Yes, buffalo wing. You can also try peanut butter & jelly, maple bacon, sweet corn, coffee, butterscotch, lemon meringue pie, cherries ‘n mint, and a Sopranos chianti soda. Plus another 600 varieties. You’ve never seen this many bizarre flavors, and you will want to try them all.

Pops Soda Ranch has a restaurant in addition to its soda section, so you can eat cheap burgers and diner fare if you’re in the mood. Pop bottles line the walls above the tables. 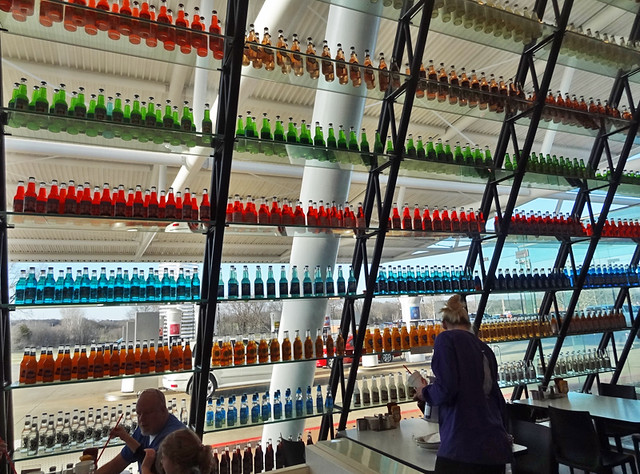 All the basic sodas are here, in addition to some odd fruity flavors you don’t often see (watermelon, apple, pear.) But spend most of your time in the “Sodasgusting” freezer, which has all the glorious flavors mentioned above. 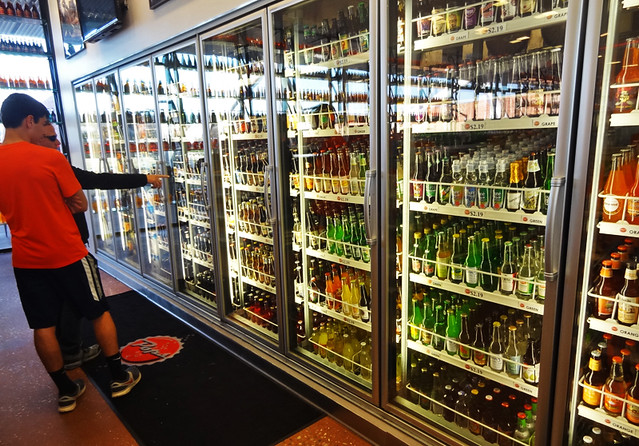 At more than $2 a bottle, your bill can add up fast, so unless you want to blow your budget, you’ll have to be selective about which flavors you walk out with. I went with a personally-selected six-pack, plus a bottle of buffalo wing soda on the side. 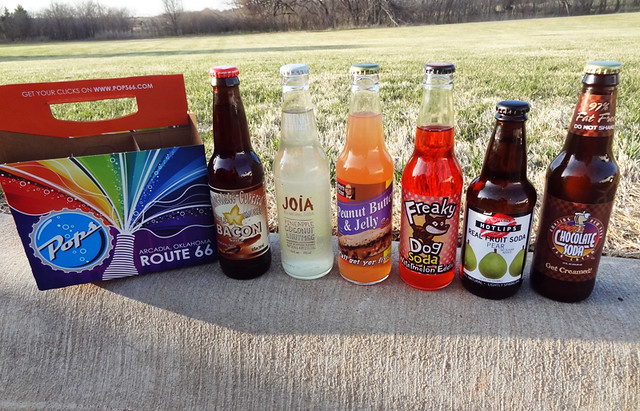 Pops Soda Ranch in Oklahoma: Reviews of the Crazy Flavors!

How did these crazy pops taste? Let’s just say I suffered so you don’t have to. Here’s my flavor by flavor review:

Buffalo Wing: It tasted like hot sauce initially, then delivered a bit of jalapeno kick later. Neither flavor is all that appealing in a carbonated beverage. Not good. Not good at all.

Chocolate-Covered Maple-Smoked Bacon: This was one my favorites. Somehow, it tasted exactly as it sounds. I could distinctly taste the chocolate syrup, as well as the smoky essence of the bacon. This was actually one of the few sodas that I would drink with an actual meal. The rest are too weird or strong-tasting to co-exist with food.

Hot Lips Pear Soda: I picked up the pear pop because I’m always complaining that there’s never anything pear-flavored. You see peach-flavored ice creams, yogurt, milkshakes, etc., but never pear! So I had to grab pear when it was available. It tasted like… pear. Pretty decent. 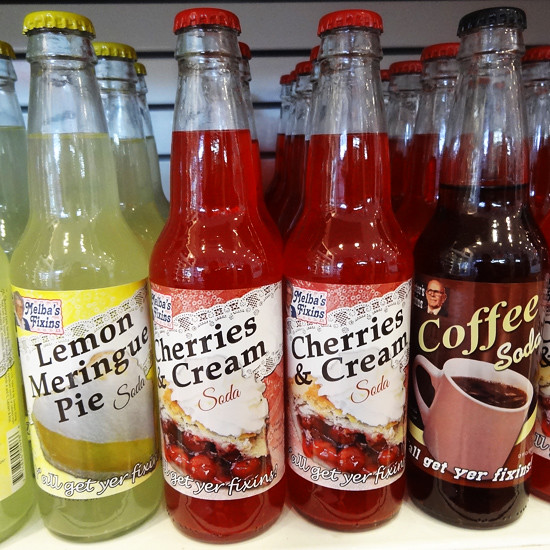 Peanut Butter & Jelly: This one was the weirdest. It was sweet at first, with a slightly nutty aftertaste. The combination didn’t work well together. It almost tasted peachy – definitely nothing like PB&J. I should have gone with the plain peanut butter – that probably would have been more satisfying.

Freaky Dog Watermelon: This one tasted just like watermelon. No surprises. Watermelon is always an awesome flavor.

Joia: Joia mixed together pineapple, coconut and nutmeg, which sounds like a cool combo. Unfortunately, the nutmeg overpowered the other two more appealing flavors, so I was disappointed.

Chocolate: Plain-old chocolate pop was like Nestle Quik with carbonation. It was very weird tasting this flavor with fizz, but it was not bad.

So there you have it. Some of the flavors were awful, but you expect that going in. You know buffalo wing pop is going to be disgusting, but you buy it anyway, because you want to say you’ve tried buffalo wing pop. It’s all about the novelty.

Other flavors were really cool. You don’t often get to try watermelon, chocolate, and pear-flavored soda!

My favorite bottle design, which I didn’t get to try, was Unknown Dred, a “road rage red” pop dedicated to some dreadlocked dude whose photo appears twice on the packaging. I didn’t understand it at all, which was probably the point. 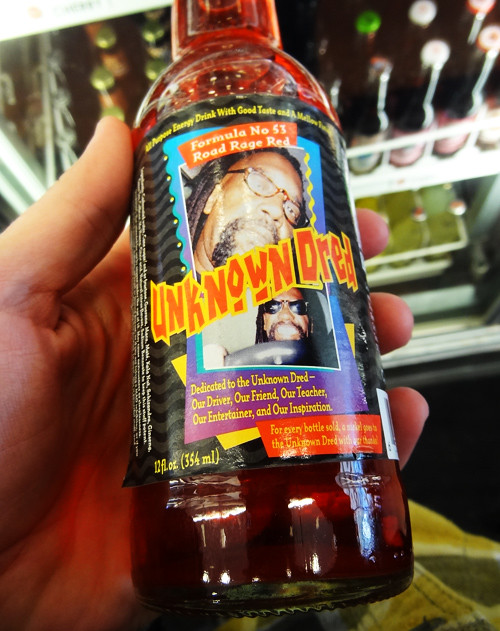 Which flavors would you try at Pops Soda Ranch?