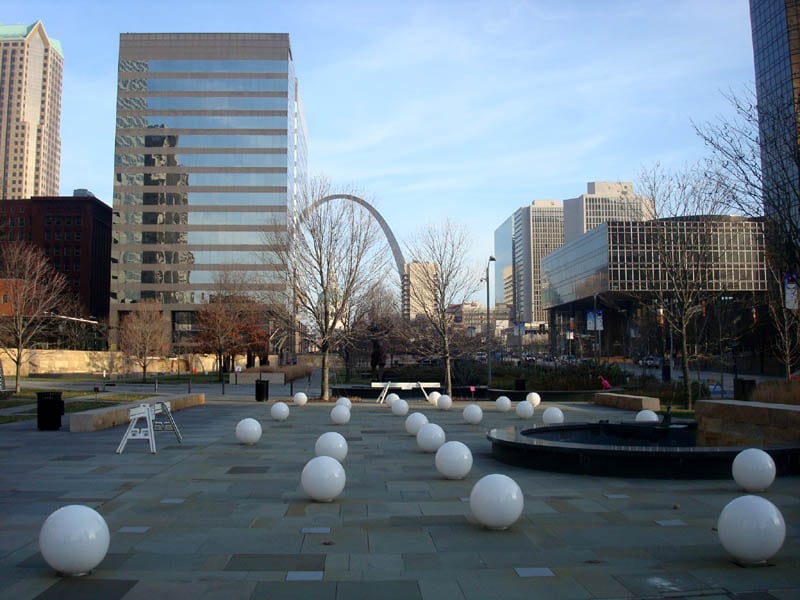 A fun attraction I stumbled upon during my first visit to St. Louis a while back was the Citygarden. It’s a cool three-acre park within the downtown area with a view of the Gateway Arch. And it’s full of quirky and unique artwork.

The Art of Citygarden

The park itself isn’t particularly quirky, but the art within it sure is! I’m a big fan of the white rabbits, which were cast in bronze and then painted. They’re the work of Dutch artist Tom Claassen.

Here’s another cool one that makes a great photo opportunity. It’s ‘Eros Bendato,’ a work by Igor Mitoraj. I just call it the giant head that you can peek out through: 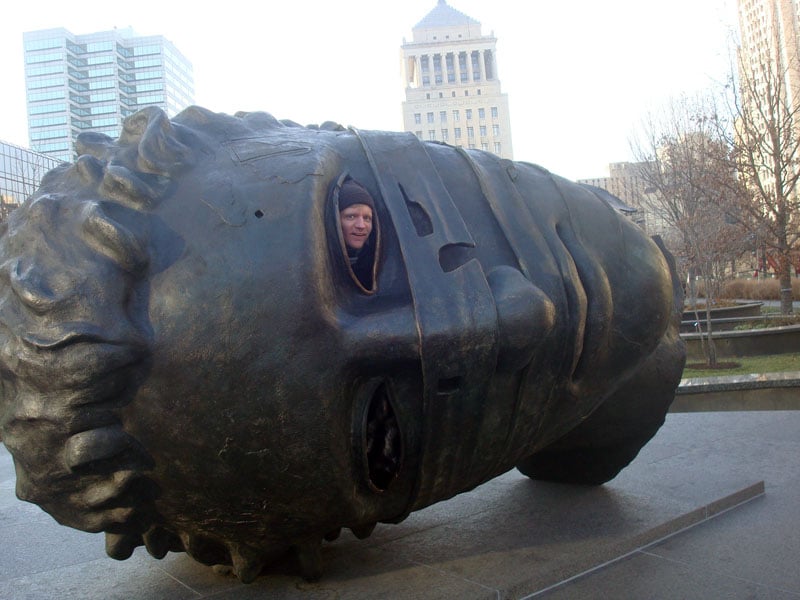 Perhaps the most famous artist represented in the park is Keith Haring, noted pop artist from the ’80s and inductee on the Rainbow Honor Walk in San Francisco. His piece is from 1987 and is called “Untitled (Ringed Figure.)” 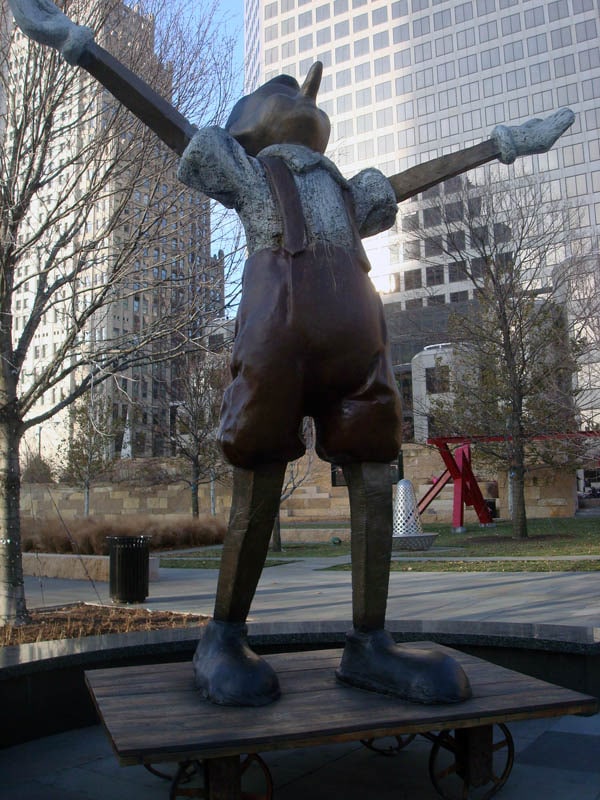 My visit to St. Louis Citygarden was a few years back, but these art pieces remain in the park, along with several new ones. In addition to the art, the park has fountains, gardens, walking paths, grassy areas, and a children’s spray plaza. It’s a fun place to hang out during the summer.

Metered street parking is available near Citygarden. There are also parking garages in the area that charge $10 for a full day (sometimes less than that on weekends).

The park is officially open from sunrise to 10 pm, the same hours as at St. Louis city parks. You can even take an audio tour of the park using Citygarden’s mobile app. Take a look at the full Citygarden map if you’re looking for a specific piece.

Dogs are permitted, but they must be on leashes. The park has a restaurant called Kaldi’s, in case you want to eat while you’re there.

While in the city of St. Louis, consider also visiting such attractions at the Budweiser Brewery Tour and the St. Louis City Museum.