What presidential dog has his own statue? How many people have taken their own lives in the Washington Monument? Which famous DC monument was constructed in China? 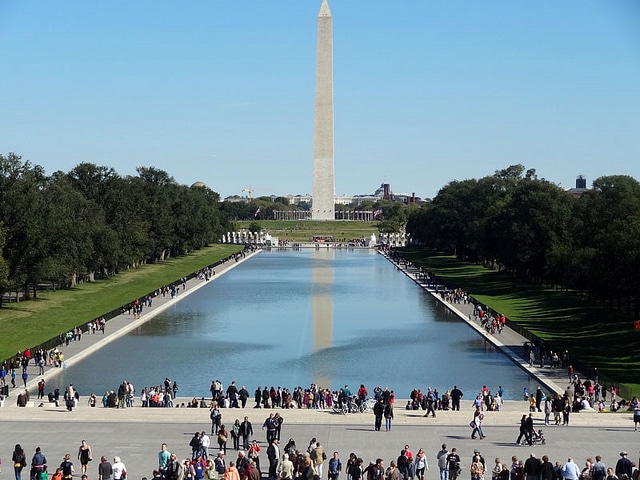 Everyone knows the basics about the big Washington DC monuments and attractions. Let’s dig a little deeper and uncover some fun facts about Washington DC memorials and monuments, as well as some quirky and little-known trivia!

1. The Washington Monument as it currently exists is actually a massive failure in comparison to the ambitious original design, which had called for a series of columns and statues of George Washington and 30 other figures from the Revolutionary War. Only the tower itself, composed of Maryland marble, was completed due to budgetary reasons.

2. Thinking of committing suicide at the Washington Monument? You’d best find another venue. Five people have killed themselves there by jumping out the windows or into the elevator shaft, but safety bars and gates were installed decades ago to prevent such tragedies.

3. When it was completed in 1884, the Washington Monument was the tallest structure in the world. It was soon passed by the Eiffel Tower, and numerous other buildings have eclipsed it since then. At 555 feet, the obelisk remains the tallest object in DC.

4. The top of the Washington Monument closed to visitors for three years due to damage suffered during the surprise 5.8 Virginia earthquake of 2011. It reopened in 2014 but closed again in 2016 due to mechanical and electrical issues with the elevator. It remained closed through early 2019 but finally reopened in September of that year.

5. If you’re in the White House and need to answer nature’s call, I’m sorry to report that you only have a choice of 35 different bathrooms. As of 2019, the White House also features 6 levels, 412 doors, 147 windows, 28 fireplaces, 8 staircases, and 3 elevators. 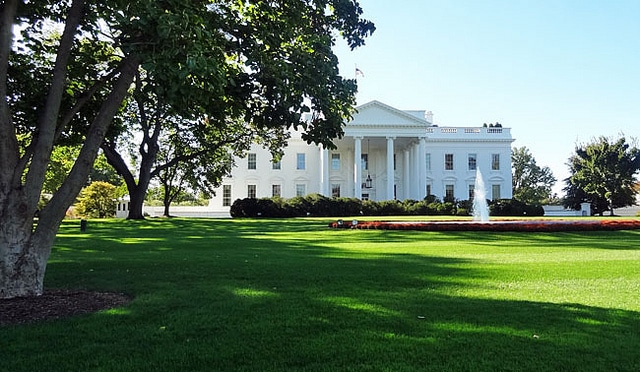 6. I’d hate to be the guy responsible for re-painting the outside of the White House. The task requires 570 gallons of paint to cover its exterior surface. 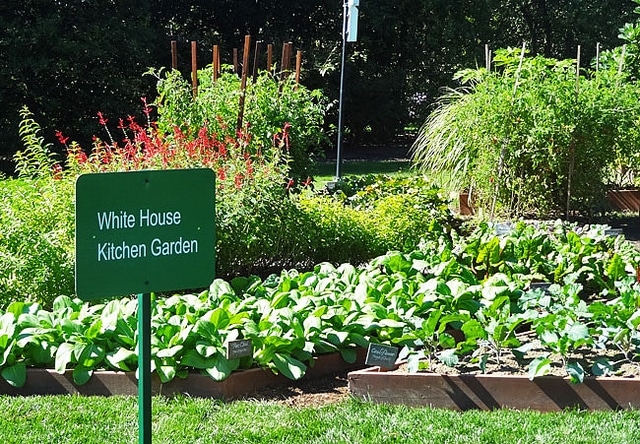 8. The World War II Memorial is one of DC’s newest, having opened in 2004. It contains a large fountain, columns with the names of each state and territory, and 4,048 gold stars, each one representing 100 American military deaths during the war.

9. The construction of the Capitol was the first reality competition show. George Washington and Thomas Jefferson (then Secretary of State) created a contest in which the winning architectural designer would get a whopping $500. They didn’t like any of the 17 submitted designs and ended up accepting a bid that came in after the deadline from a Scottish doctor named William Thornton.

10. British troops set fire to the Capitol building in the War of 1812, but rain showers minimized the fire and the damage. Mother Nature was on America’s side, clearly. Repairs took four years.

11. The Korean War Veterans Memorial is one of the most unique, because it actually depicts 19 soldiers, seven feet tall and made of stainless steel. Members of the Army, Navy, Air Force and Marines are represented in their regular gear, while surrounded by bushes meant to recreate the terrain of Korea. 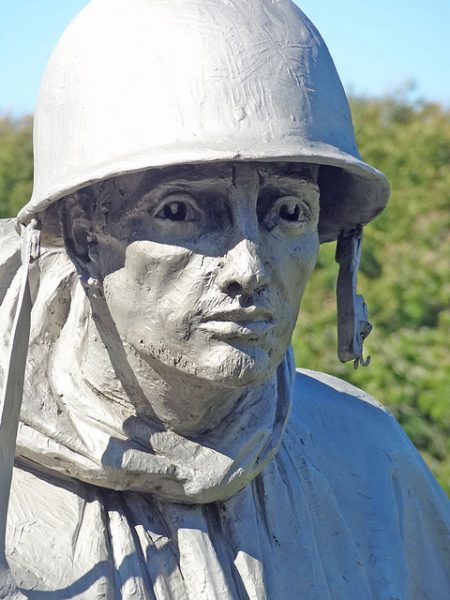 12. Though today most people view the Vietnam Memorial as one of the most powerful monuments because of its simplicity – a solid black wall with names of those killed in action inscribed in white – many people hated the design when it was first released, with some calling the design “a scar” and “a garish wall of shame.”

13. Congress created a Lincoln Monument Association just two years after the assassination of Lincoln, but construction of the Lincoln Memorial did not begin until 1914. The 36 columns represent each of the states in the Union at the time of the Lincoln’s death.

14. Many people aren’t aware that the Lincoln Memorial is where Martin Luther King Jr. made his “I Have a Dream” speech in 1963. 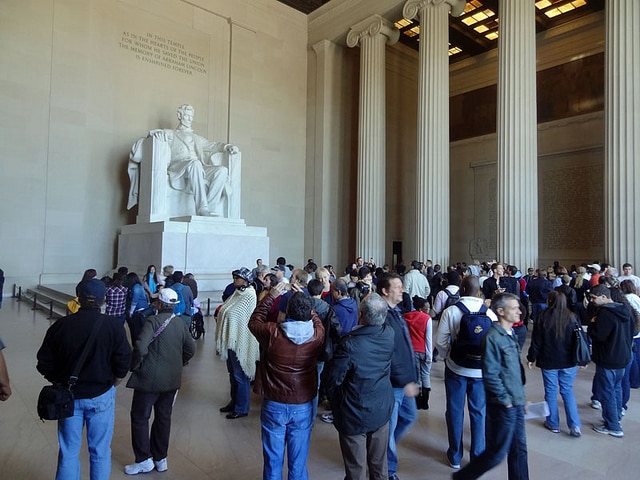 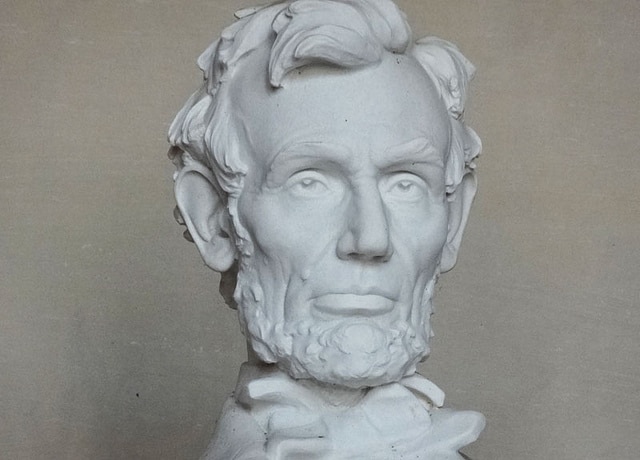 15. The remains of unknown soldiers from various conflicts are found at the Tomb of the Unknowns in Arlington National Cemetery. The unknown Vietnam soldier is no longer unknown. In 1998, DNA testing confirmed the remains as those of Air Force member Michael Joseph Blassie, who was shot down in 1972. He was transferred to his family in St. Louis, and the unknown Vietnam tomb was left empty and re-inscribed in honor of all of America’s missing servicemen and women.

16. The original statue of Thomas Jefferson in the Jefferson Memorial was made of plaster. Poor guy! That’s because metal was rationed during World War II. After the war, it was replaced with the 19-foot-tall bronze statue that stands today. 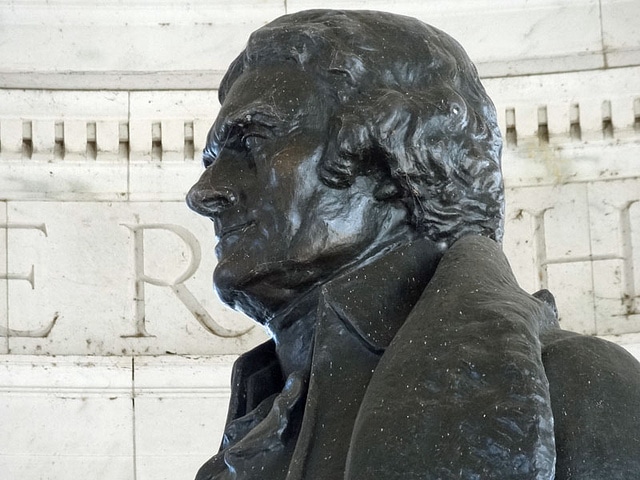 17. The Martin Luther King Memorial, dedicated in 2011, is just the fourth memorial in the National Mall area dedicated to a non-president. In addition to the 30-foot-high granite likeness of Dr. King, the site includes a 450-foot granite wall inscribed with 14 of his famous quotes. 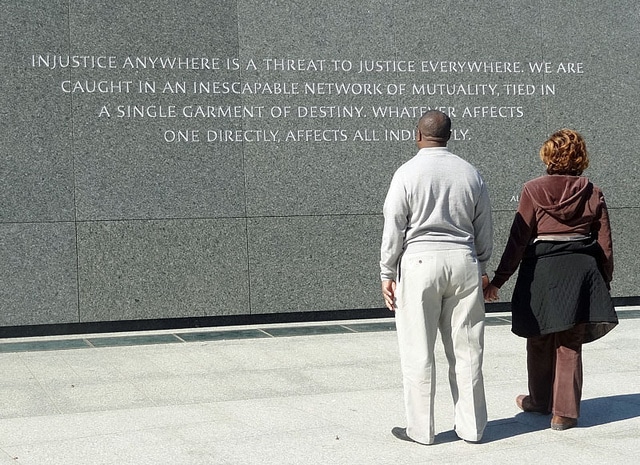 18. Surprisingly, the MLK Memorial was made in China. Chinese sculptor Lei Yixin was in charge of the project and made King’s image out of 159 pieces of pink Chinese granite. 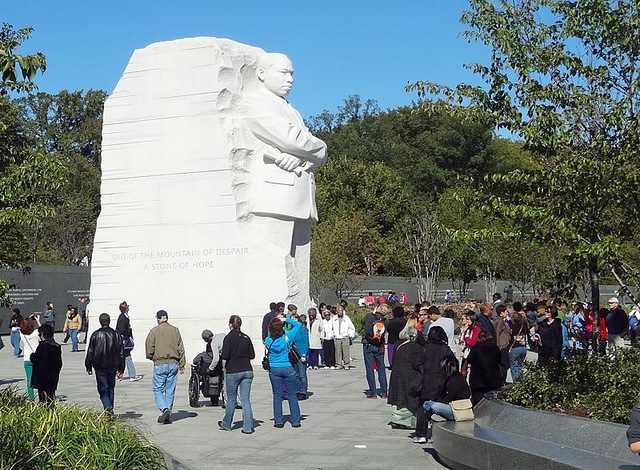 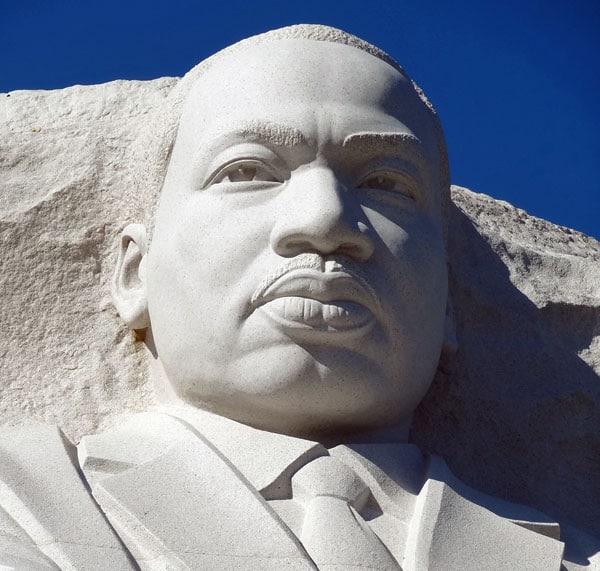 19. The Franklin Delano Roosevelt Memorial contains 21 of the president’s most famous quotes, including “I have seen war… I hate war,” “The only thing we have to fear is fear itself,” and “No country, however rich, can afford the waste of its human resources.”

Bonus fun fact: The man who designed the Roosevelt statue also did the famous Joe Louis fist statue in Detroit! 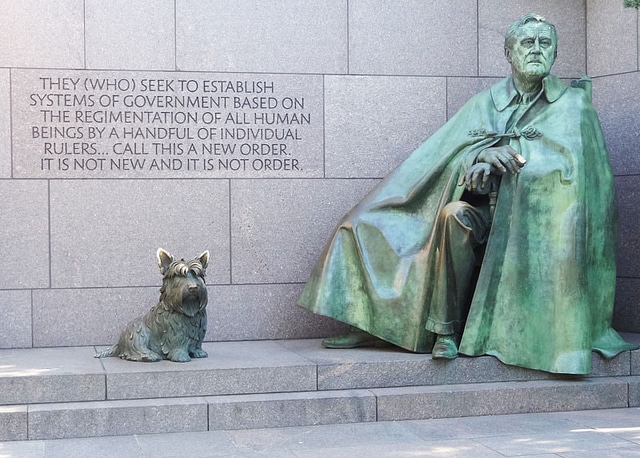 20. Along with two statues of Roosevelt himself, the FDR Memorial includes a bronze statue of First Lady Eleanor Roosevelt and even one with his dog, Fala. Lucky pooch – how many other dogs can boast that they were given an official U.S. government statue? 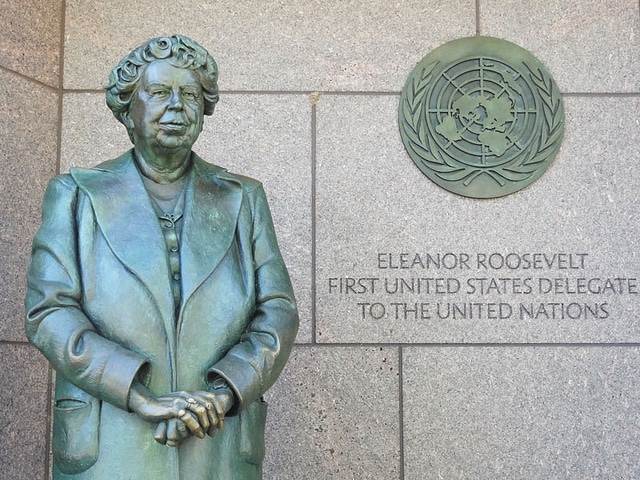 Just how many Washington DC monuments and memorials are there? The total number is hard to pin down, because each person’s definition of what constitutes a “memorial” may be different. CBS News reports there are at least 160 memorials, including ones dedicated to Sonny Bono and victims of the Titanic.

Seeing them all would be quite a task, so your best option is to decide which monuments and statues in Washington DC are highest on your wishlist, and seek those out first.

Got any other interesting and fun facts about Washington DC to share? Leave a comment with your input on our nation’s capital!

Now that you’ve consumed this Washington DC trivia, for further reading, check out some of DC’s under the radar museums and a detailed report about the impressive (but now defunct) Newseum.