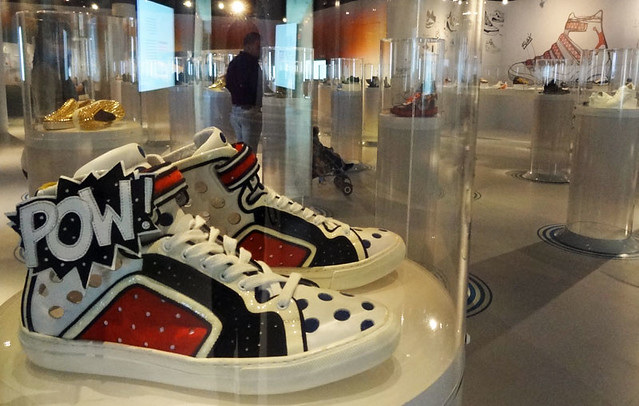 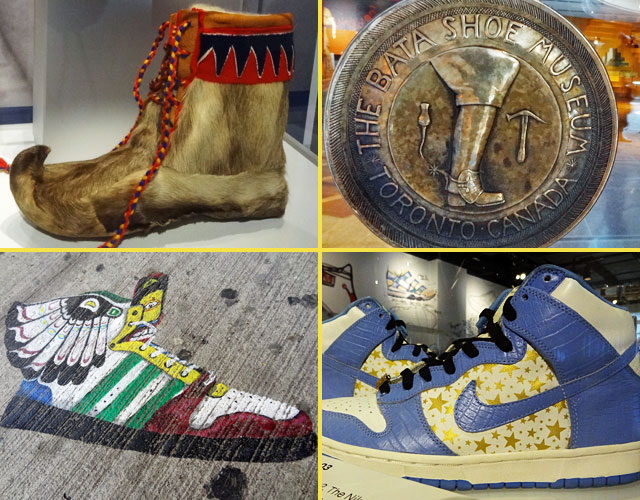 Give a girl the correct footwear, and she can conquer the world.

So says Bette Midler, whose quote is on display at the Bata Shoe Museum in Toronto. That’s right, foot fetishists and sneaker fanatics – there’s a shoe museum in Toronto.

Founded in 1995, the facility offers bits of history and celebrity culture at the same time. One enlightening exhibit shows footwear through the ages, from centuries ago to the modern day. And for those who worship celebs, there are actual pairs of shoes worn by Justin Bieber, Elton John, Barbra Streisand and the Dalai Lama. 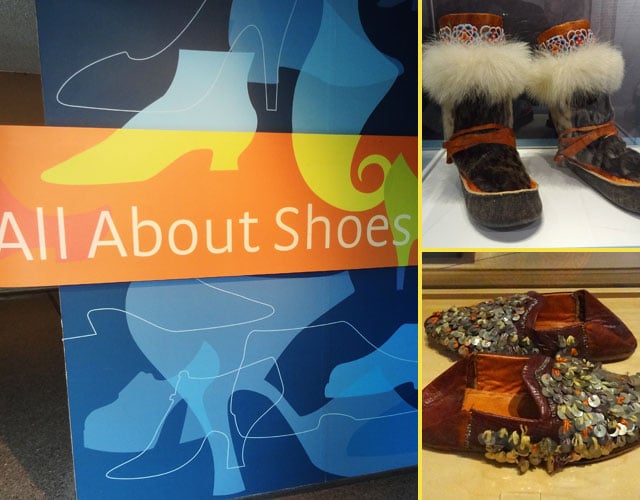 Personal aside: My first life-changing experience with footwear came in fourth grade, when my grandmother unwittingly bought a pair of Air Jordans and I was forced to wear them to school against my will. They were way too gaudy for humble little me, but she paid a lot of money so I had to wear them.

It turns out my classmates loved the Jordans, and within a couple years I had become known for always having some of the coolest shoes at school. And this was when sneakers were insanely expensive – well over $100 for a decent pair.

I rocked Nike basketball high tops, Reebok shoes with $100 bill logos on the sides, and several pairs of British Knights, the brand which for a brief time threatened to take over the U.S. shoe market.

So the Bata Shoe Museum in Toronto was a walk down memory lane. 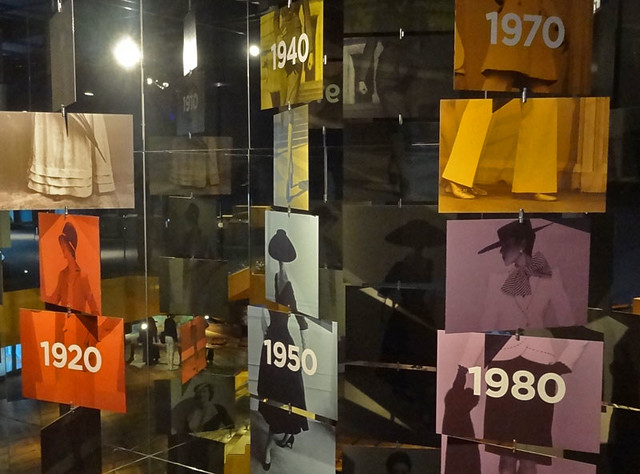 As with many museums, the education comes before the fun. A timeline traces the evolution of footwear, starting with a set of 1st century woven yucca leaf sandals from what became the southwestern United States. These were typical Pueblo shoes from that era. 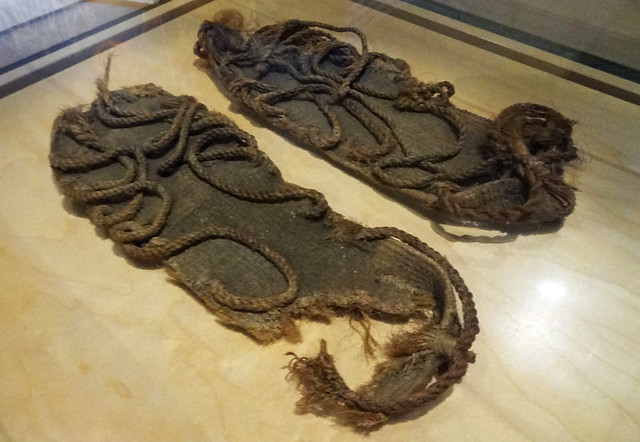 This pair of modern Hopi boots (circa 1890) was worn during ceremonies in which the tribe requested rain from its higher power. The bright blue color stands for water, and the flaps symbolize tongues hanging out due to thirst. Rain dance boots! 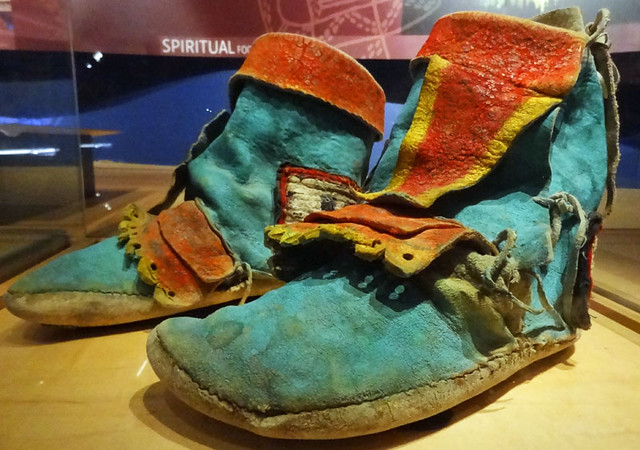 The first shoes collected by Sonja Bata for what became the Bata Shoe Museum came from the Maasai tribe in Kenya. The soles of these rectangular sandals were made from cowhide. Don’t they just look super comfortable? 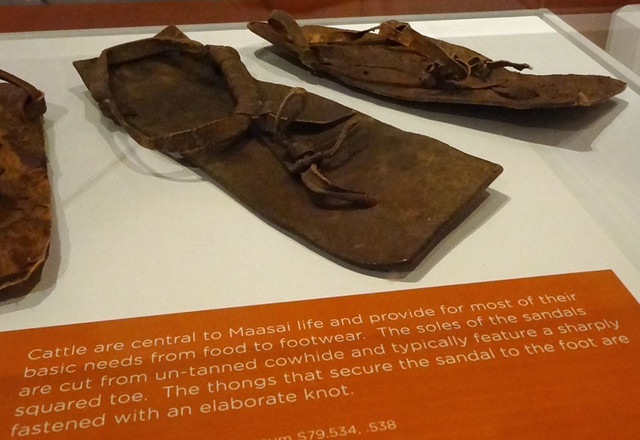 After the historic shoes comes a display of footwear from around the world, plus some contemporary high heels. There’s a photo of the Sex & the City cast next to these Manolo Blahniks, which is appropriate given Carrie Bradshaw’s obsession with the brand. 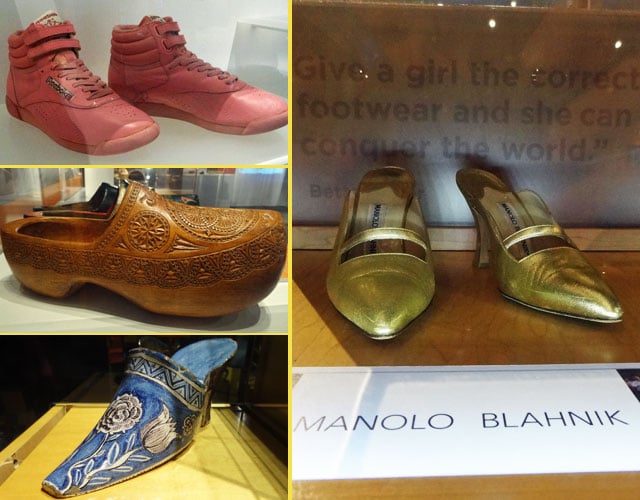 Here’s a pair of stilletos worn by Marilyn Monroe. She once said, “I don’t know who invented high heels, but all women owe him a lot.” Marilyn wore these red heels during a 1957 appearance in Montreal. And (presumably) some creepy guy saved them all these years so they could eventually be put on display. 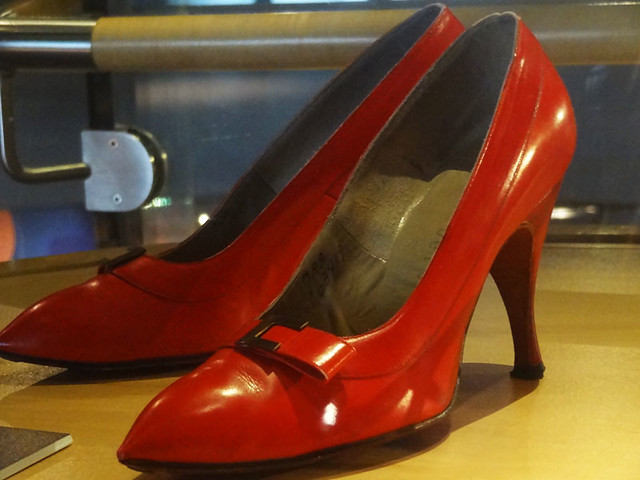 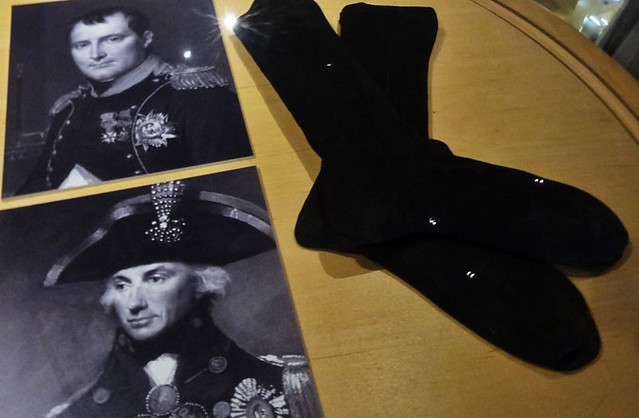 Those really are the socks owned by the Emperor of France. He wore them while exiled on the island of St. Helena in 1821.

Now let’s get real here for a minute, Bata Shoe Museum. I don’t know where you get off sneaking socks into your shoe displays. Shouldn’t those be reserved for the Sock Museum? You’re usurping the territory of another yet-to-be-established quirky museum!

By the way, the “Bata” part of the name comes from Sonja Bata, a figure in the global shoe industry who amassed a large collection over the years. The museum officially opened in 1995 and now has more than 13,000 shoes!

Celebrity Footwear at the Shoe Museum

Speaking of world leader footwear, sandals worn by the Dalai Lama somehow made their way here. Along with platform heels from the closet of Elton John. I think Elton should still rock these boots at age 75, don’t you?

Or maybe the Dalai Lama should wear them. That would certainly shake things up on those peace missions.

Elton is hardly the only musician featured here. An entire display case houses used shoes from various rockers and rollers throughout history. These pairs came from John Lennon and Elvis Presley. I’ll let you figure out which is which. 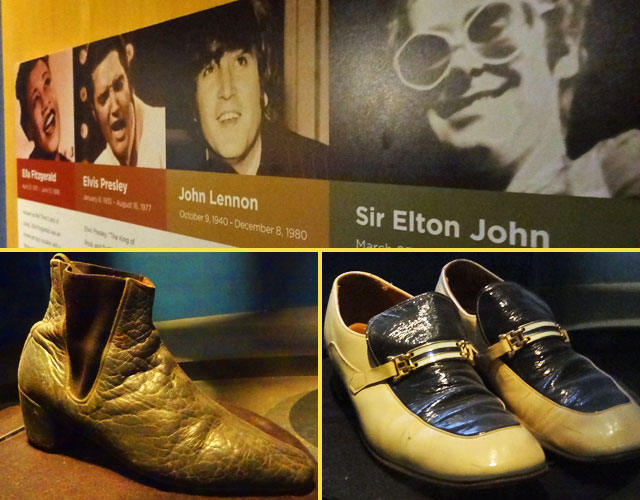 The Biebs himself is represented with a pair of brown high tops that are actually pretty amazing. Seeing these shoes solved quite a mystery for me.

The entire time I walked around the first floor, I could not figure out why I kept hearing Bieber’s “Baby” blasting from the museum speakers. It was because the video was in rotation on a screen next to the Biebs’ kicks. 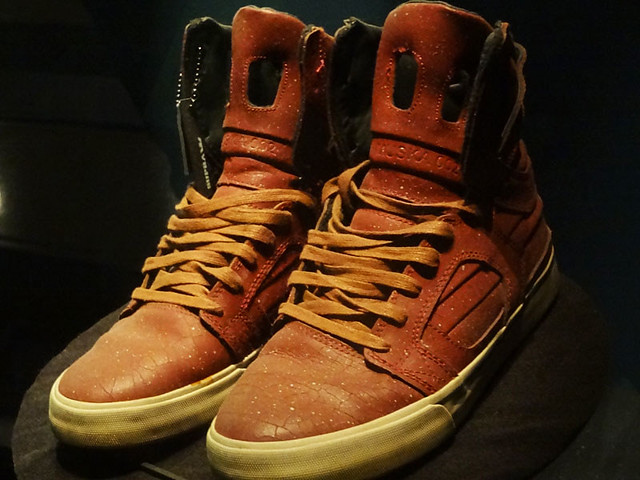 The top floor has an exhibit called “The Rise of Sneaker Culture” featuring tennis shoes through the years. Here’s a pair of those British Knights I mentioned. I may have owned this exact pair in the ’80s. 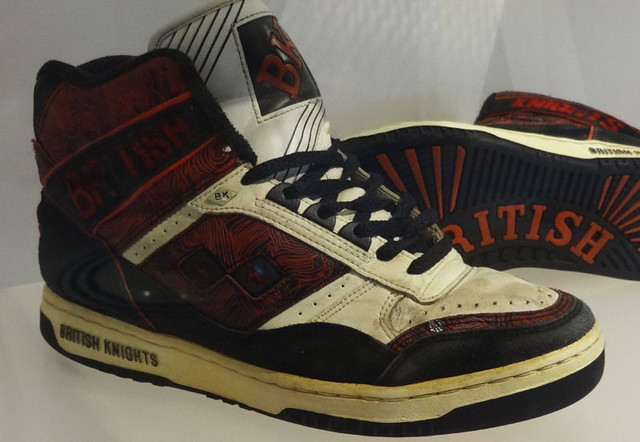 I didn’t have the patience to sit through a video on sneaker culture, but it’s there if you want it. 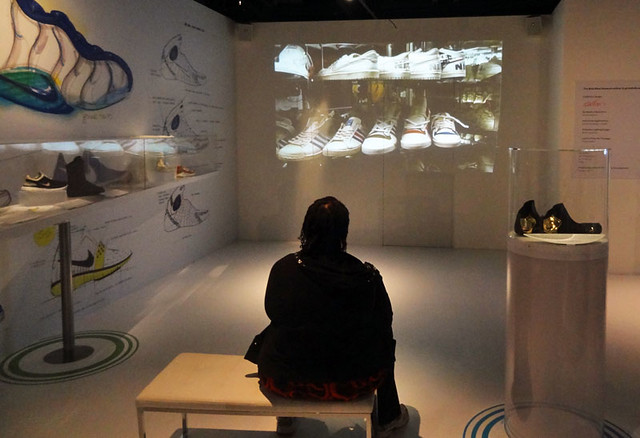 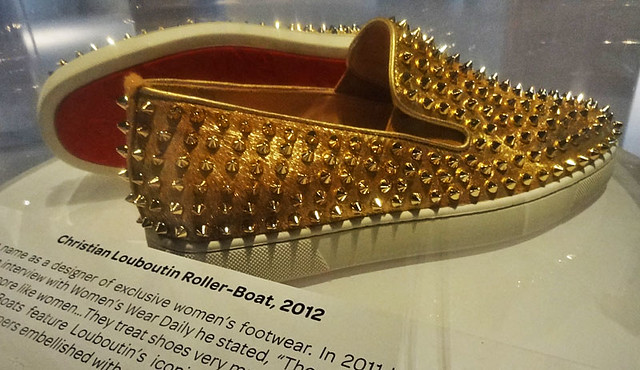 Saving the best for last, check these out: Puma RS Computer Shoes! 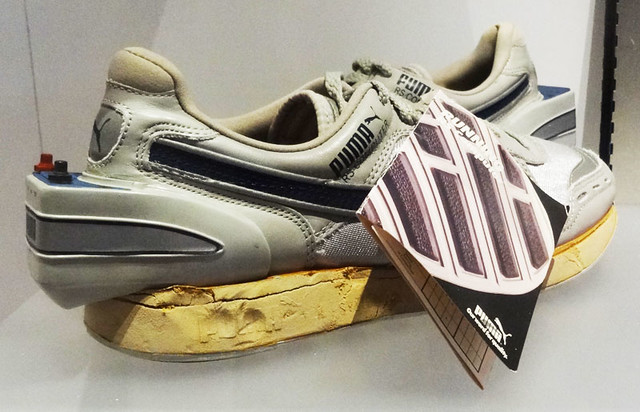 The computer shoes were created in 1986 and contained a computer chip in the heel that recorded distance and time. Runners could go home, plug in the connector cable, install the software from the floppy disk, and link the data to an Apple II or Commodore 64 computer to analyze their stats. It’s a wonder these things never became popular.

Is the Bata Shoe Museum in Toronto worth seeing? The museum definitely has a lot of interesting pieces. Yeah, it’s a decent deal. Its $14 admission price hasn’t gone up in several years, so you have to appreciate that.

Also, these prices are in Canadian dollars. And remember, in Canada everything is more expensive, so budget appropriately and check out the Bata Shoe Museum if you get a chance.

If you’re trying to keep your costs down, you can visit on Thursday evening, when the museum offers a “pay what you can” policy. That’s a great way to experience Toronto attractions affordably!

While you’re in town, consider also exploring the Toronto Islands by canoe or kayak! And if you’re a shoe fanatic, check out the giant Adidas shoes in Portland.

Which museum shoes are your favorites?

14 thoughts on “Quirky Attraction: The Bata Shoe Museum in Toronto”