I never thought I would eat fried grasshoppers or fermented shark, but both ended up on my plate this year while traveling abroad. The list of the quirky and unusual foods I ate in 2017 includes a few main courses and planty of desserts.

Many of my most memorable dishes were milkshakes, churros, and odd ice cream treats, which should not be surprising for anyone who knows my ice cream obsession. Check out the strangest and most memorable foods I consumed this year. Which ones would you eat? 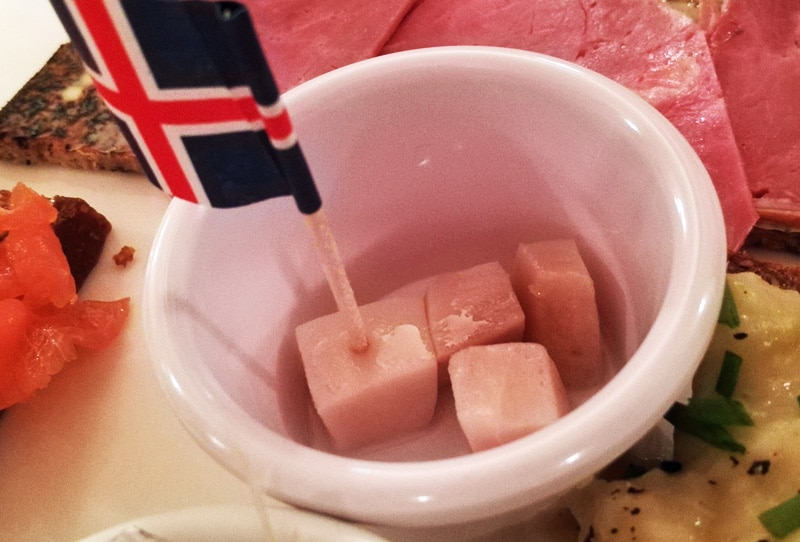 Known as hakarl, fermented Greenland shark is served in some traditional Icelandic restaurants and in many grocery stores. The little cubes of shark meat were pretty bad, though I was proud that I found them less repulsive than some visitors, who often gag from the smell alone. Rating (1-10): 2 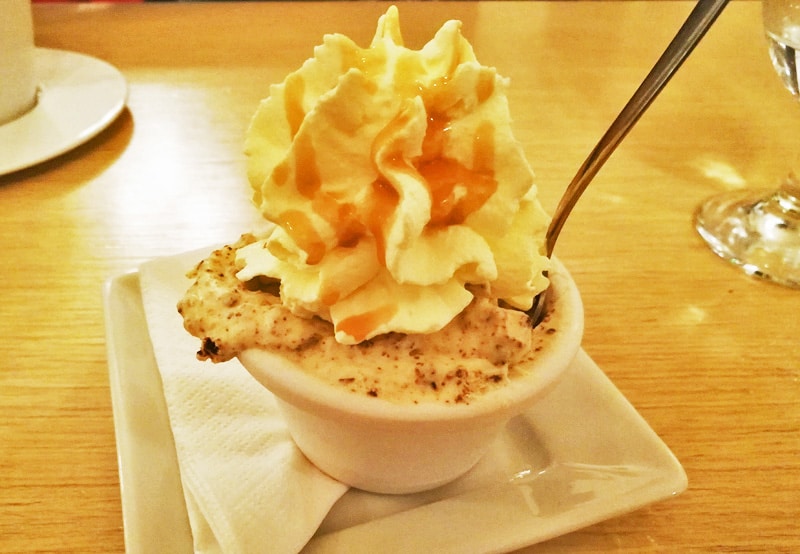 Icelanders love their rye bread. It’s used as a base for many traditional meals of mashed potatoes and various kinds of fish. And they even put it in their ice cream! This strange-sounding treat was delicious. With whipped cream and a caramel drizzle on top, the ice cream was sweet enough that it was still tasty even with a non-sweet component like bread. The bread was chopped up tiny, like cookies & cream. Rating: 8 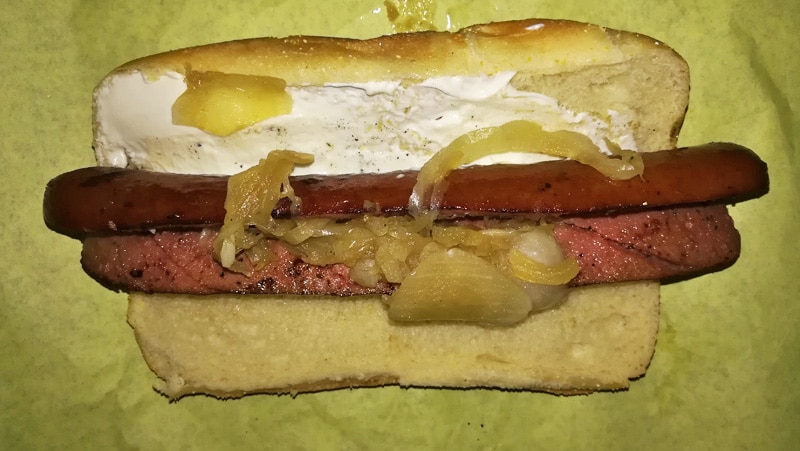 I had no idea there was such a thing as a Seattle Hot Dog until I saw a Capitol Hill street vendor selling them one night. The Seattle Hot Dog uses cream cheese(!) as the primary topping. I tried one with a little bit of sauerkraut. I would not do it again. The juicy sausage was great, but adding a condiment with the taste and consistency of paste is not the way to improve a hot dog. This sandwich is going to make folks in the heartland laugh at your peculiar taste, Seattle. Smother that dog in ketchup or chili instead! Rating: 5 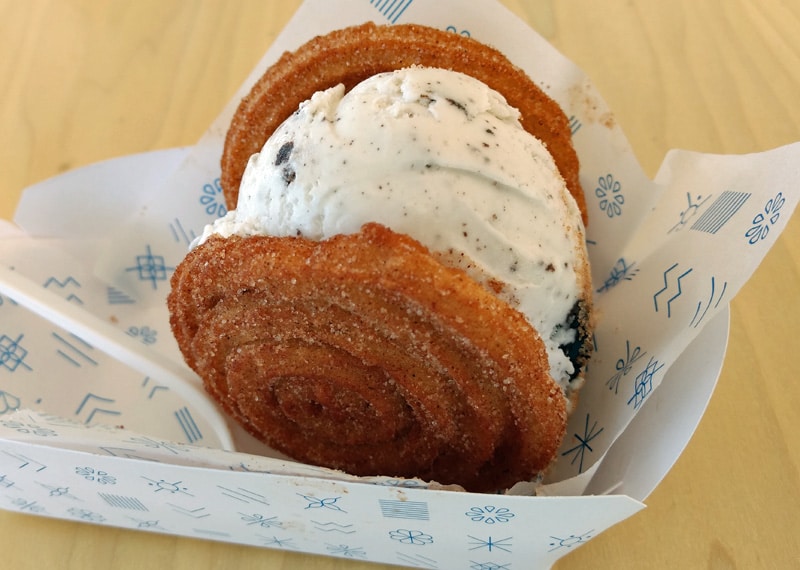 This may be the most incredible dessert ever created! An ice cream sandwich made from churros, the delicious, cinnamon- and sugar-coated fried breadsticks that are a Mexican dessert staple. Churreria El Moro created the sandwich from round churro patties. This place was so popular that it always had a line out the door. I simply cannot imagine a more perfect junk food treat on the planet. Rating: 10

READ NEXT
Quirky Attraction: The Dole Plantation in Hawaii 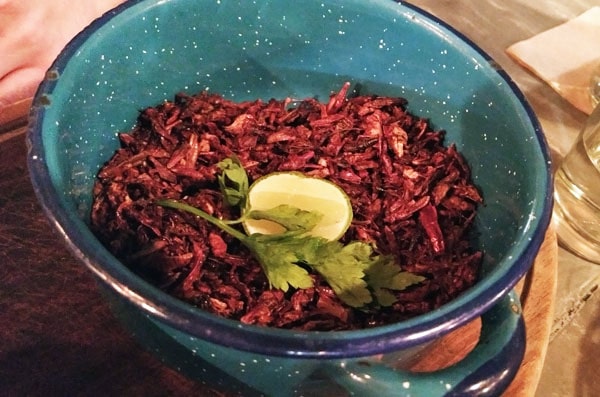 At many street markets in Mexico, you’ll see vendors with buckets of dried-out grasshoppers, or chapulines. People toast them up, coat them with lime juice and salt, and use them as a taco filling or eat them plain. I tried some at a restaurant one evening. They were surprisingly chewy rather than crunchy. But the lime taste was too powerful. I could eat one taco full of chapulines, but not an entire bowl. Rating: 3 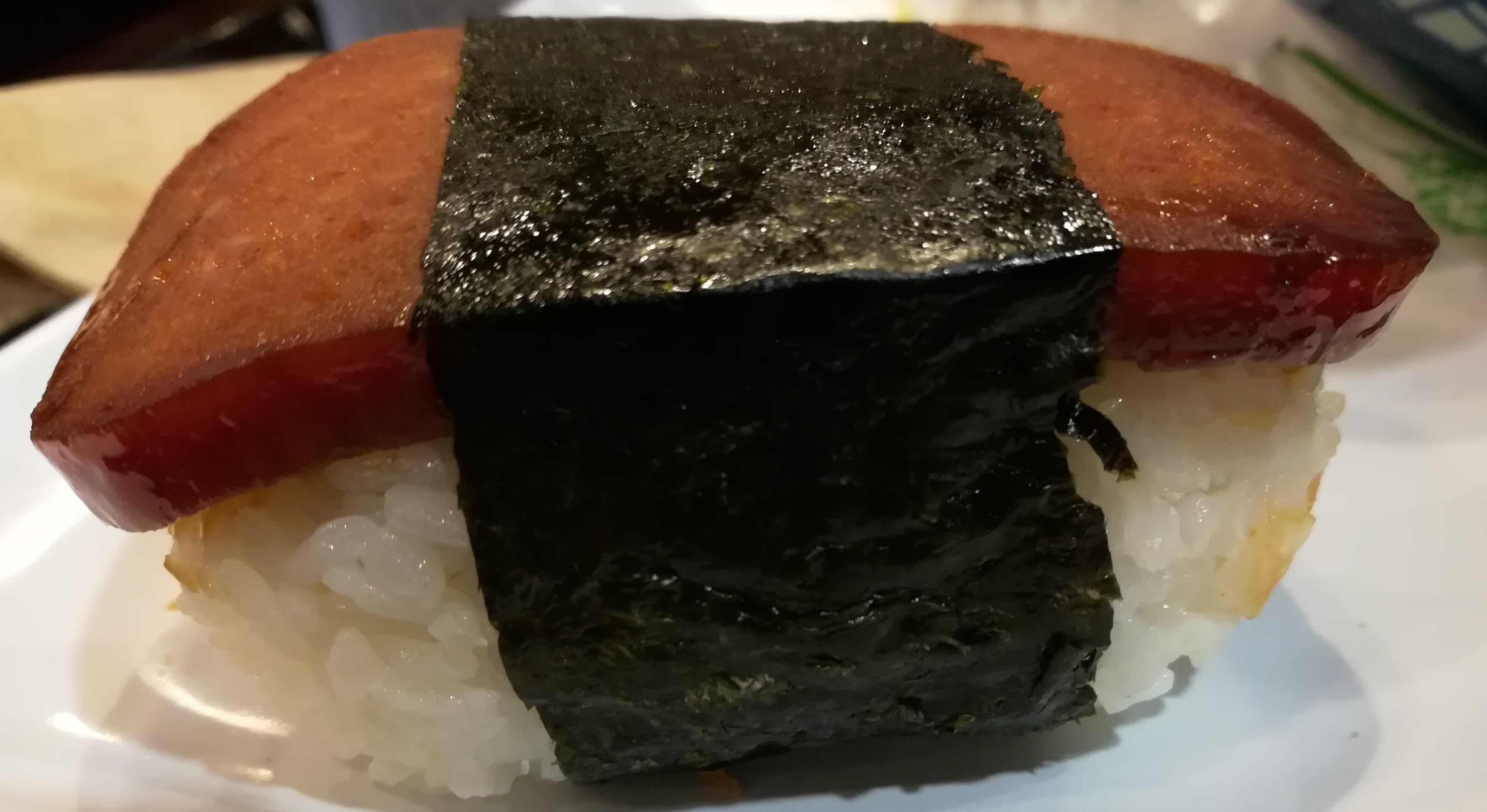 Spam has been a staple of the Hawaiian menu for years. Spam musubi is a popular snack or side dish featuring a hunk of spam atop a hunk of rice, held together with nori (seaweed) like sushi. The spam had a light sauce that gave it a pleasant smoky taste. Not earth-shattering, but decent. I could get used to eating this if I had to. Rating: 6 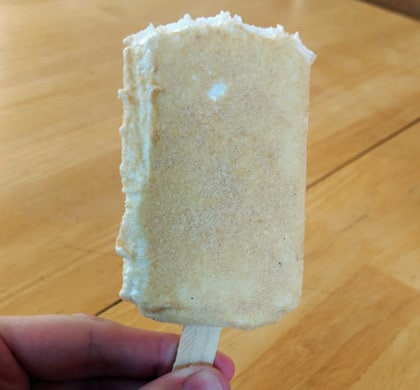 Paletas are the amazing Mexican ice cream bars or popsicles that come in various flavors. Here in the U.S., we can get paletas at Mexican stores in a few basic flavors (butter pecan, strawberry, coconut), but in Mexico City, there are many more options. Helados Y Paletas Gloria in Coyoacan had dozens of different varieties. The one that stood out for me was cheesecake. It was a super-rich cheesecake-flavored dessert coated with graham cracker dust. Amazing! Rating: 8 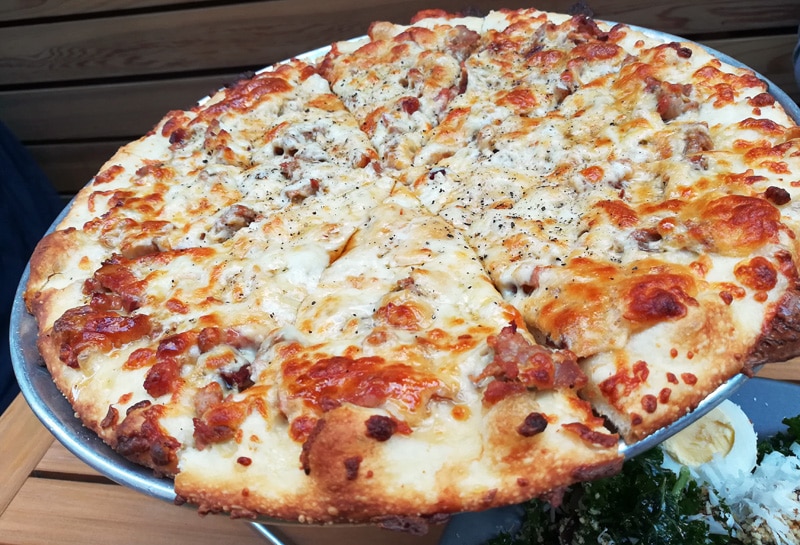 Leave it to those wacky Canadians to put maple syrup on their pizza! In the fun little city of Saskatoon, I found UNA Pizza + Wine and their Broadway Pizza, which featured a maple syrup glaze over the cheese and sausage. The sweet and savory mix was spectacular. Rating: 9 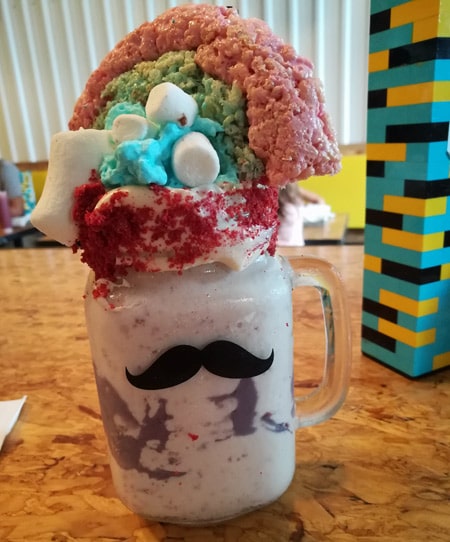 At Regrub in Calgary, you can get ridiculously decadent milkshakes topped with donuts, cheesecake slices, and stacks of pancakes! I opted for a red velvet shake topped with a rainbow Rice Krispies treat, blue whipped cream, marshmallows, and red velvet cake crumbles. It was glorious. I’m glad I don’t live in Calgary, because I’d be here everyday. Rating: 9

I could not believe my eyes when I saw the Chizza at KFC Mexico. It’s a pizza made with a base of chicken instead of crust! It was…ok. The pepperoni and cheese were nice, but once those wore off, it was just a lot of big hunks of plain chicken. Apparently the Chizza never made its way to America. Tragedy! Rating: 6 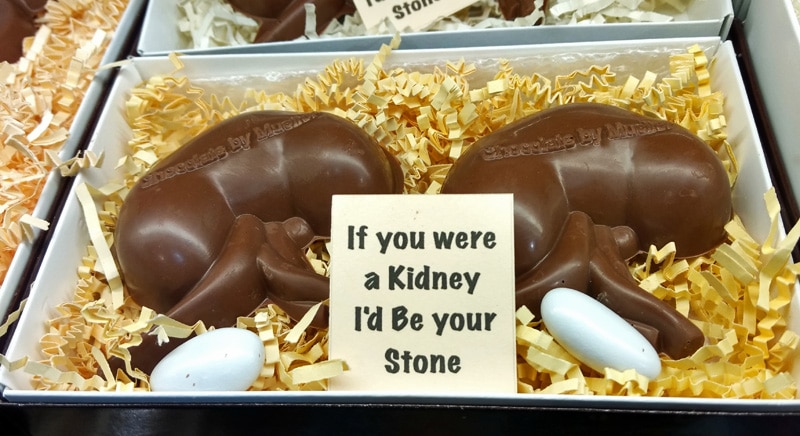 During a quick trip to Philadelphia for a magazine assignment, I stopped by Reading Terminal Market, where Mueller Chocolate was showing off its giant chocolate body organs. I appreciated the kidneys most, although the lungs and brain were cool too. Rating: 7

Which of these treats would you eat?