Seeing alligators in rural northern Louisiana or the Florida Everglades isn’t surprising, but when I read that there had been a couple of gator sightings in Buffalo Bayou in the Houston area, I got excited. How crazy would it be to see a gator swimming right in the middle of an urban metropolis?

My new mission was to find a gator in downtown Houston! 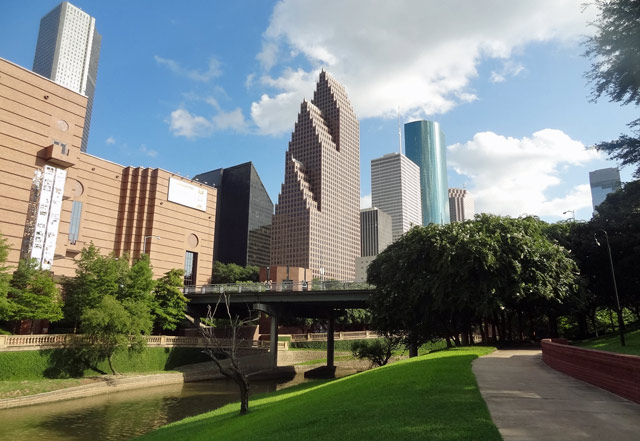 Now, I knew the odds of seeing a gator in the river (it’s officially known as “Buffalo Bayou”) were close to zero. But the City of Houston official website actually says, “Look for graceful herons, jumping fish, and even the occasional alligator sunning on the bayou’s banks.”

How dare you get my hopes up, City of Houston official website! I think they’re just trying to make themselves sounds exotic. But I headed down to the bayou anyway.

Mainly I encountered a lot of smaller critters – birds and the occasional lizard. 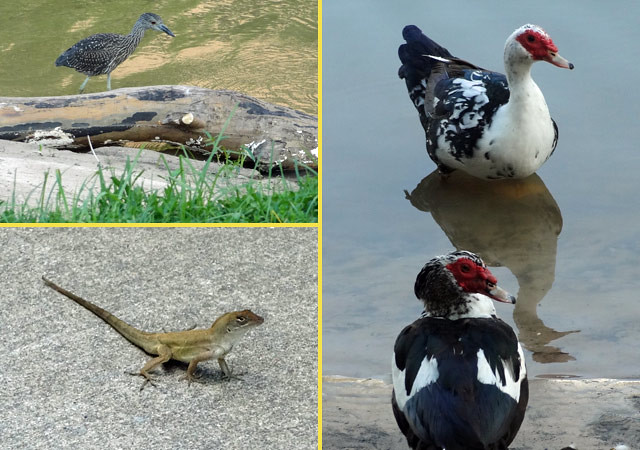 There’s a walking and biking path down here along the water. The view of the skyline from here was pretty sweet. 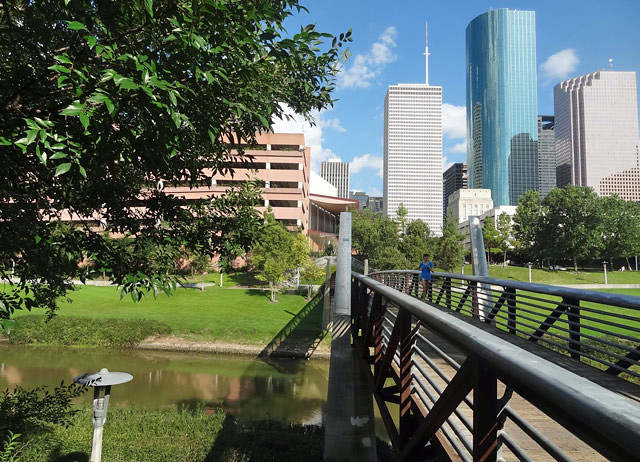 Wait, is that a gator on the shore of Buffalo Bayou? Don’t be silly, it’s just a log. 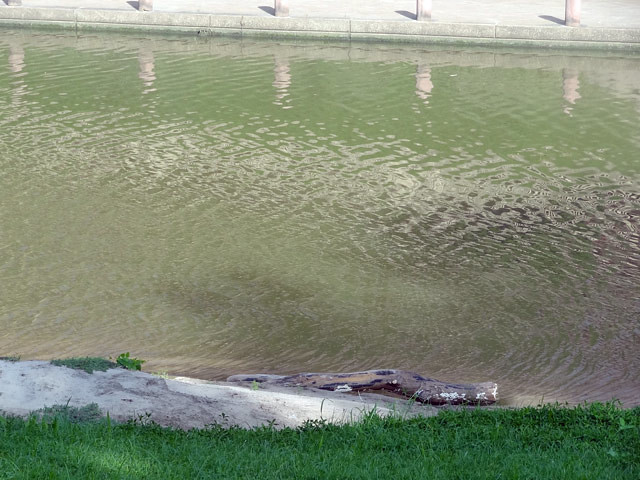 Of course, I never saw a gator. Here’s an article about the alligators in Houston if you want to read more about where you can find them.

Other Sights in Downtown Houston

Obviously, I was never going to see a gator in downtown Houston. I’d have to go farther out in Buffalo Bayou for any chance of a sighting. But while I was there, I got to appreciate many of the other cool sights downtown. 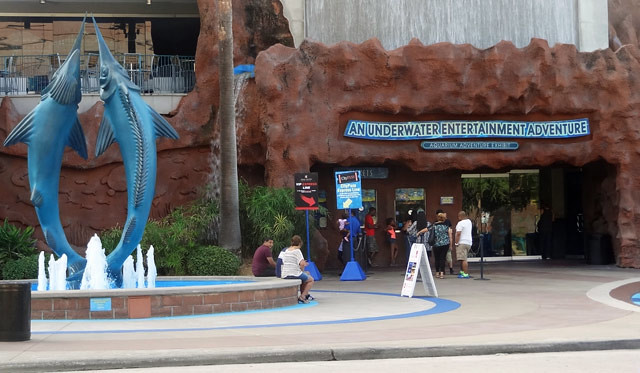 Downtown Houston has a lot of art pieces scattered around. 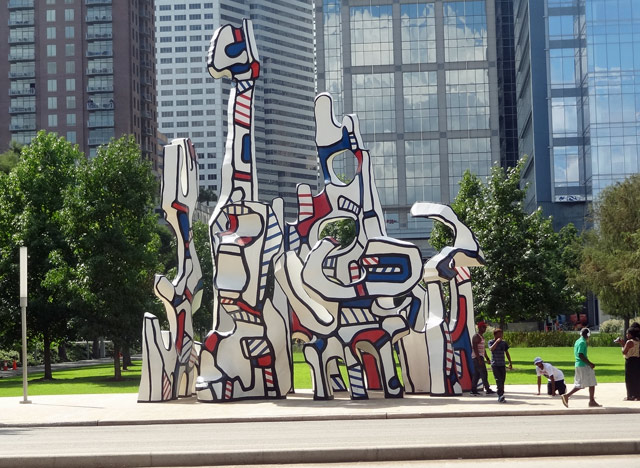 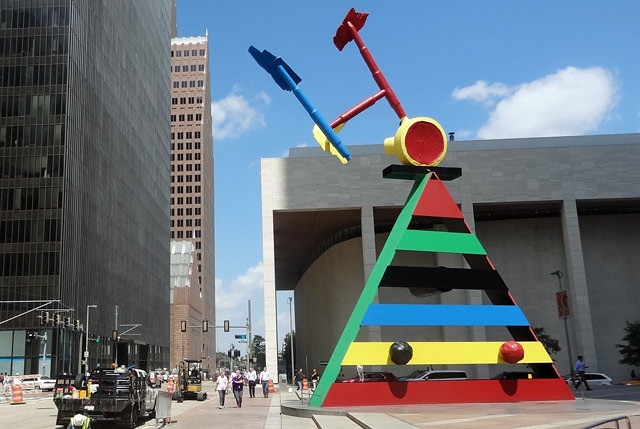 Near the bayou is a statue of former President George H.W. Bush, the one who served after Reagan. The monument stands in Sesquicentennial Park.

Even though I was never a huge fan of Bush 41, I get a little nostalgic thinking of him, because it takes me back to a simpler time when American politics weren’t as toxic and hateful as they are today. Respectful political disagreement was still a thing in the late ’80s. (And I visited his vacation home in Kennebunkport once.) 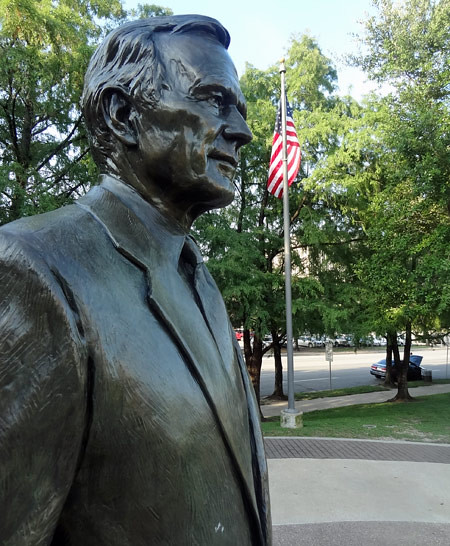 Sam Houston Park near the bayou has a bunch of really old houses on display. The Heritage Society has a museum complex of some of the region’s oldest houses, many of which were transported here for display. This one is an old Victorian called the Pillot House. 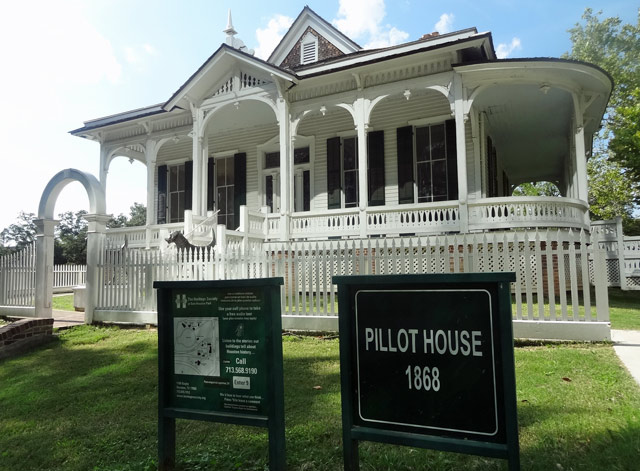 Several blocks away is Minute Maid Park, the home of the Houston Astros. Like many fairly new ballparks, Minute Maid Park has certain spots at which you can look directly into the field from the outside. Too bad there wasn’t a game going on! 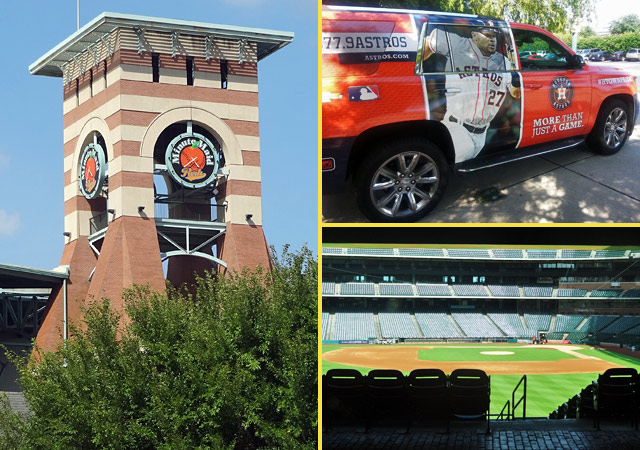 This statue of Craig Biggio outside the stadium… no. Just no. Even if Craig really looks like that, the artist should’ve taken some liberties to go for a more aesthetically-pleasing facial expression. 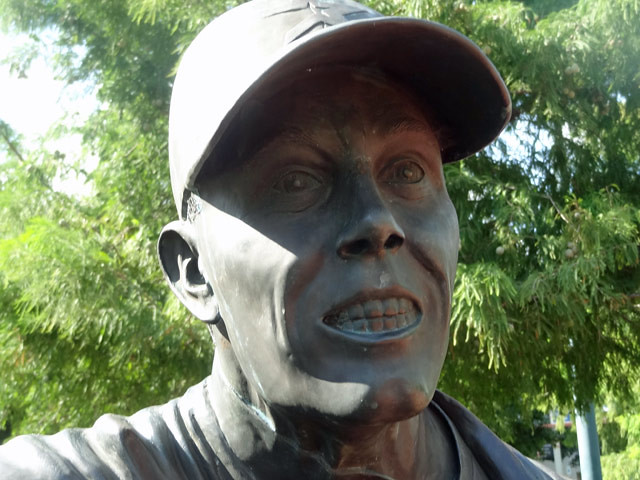 Before catching the light rail back to my Airbnb house for the weekend, I stumbled across this cool mural of Houston created by an artist named GONZO247. How vibrant and bold! Maybe I didn’t see an alligator, but this was almost as cool. Almost. 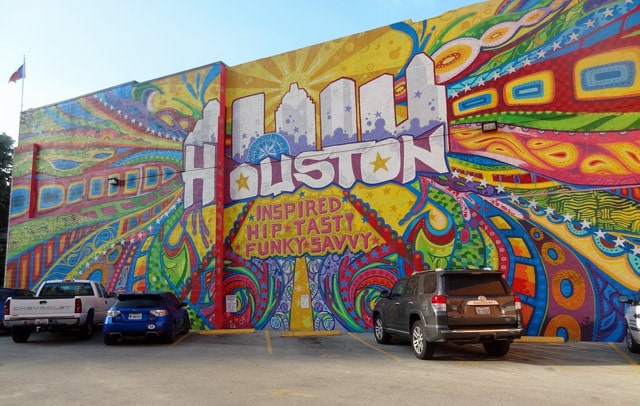 For more Houston content, check out our articles about the Chase Tower observation deck, Rothko Chapel, and the Houston Art Car Museum.