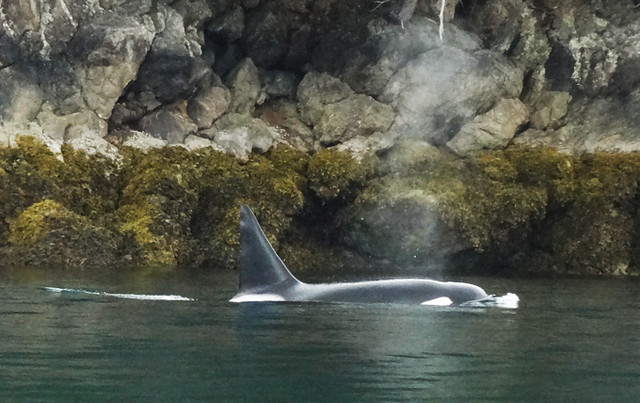 After seeing moose and bears and caribou in Denali National Park, the last major wildlife I wanted to see in Alaska were whales. Preferably killer whales – those are the cool ones – but humpbacks would do just fine too.

Aside from Sea World, I’ve never seen whales before. I had a heartbreaking near miss on Bainbridge Island in Washington a few years back, when I arrived minutes late to catch a huge group of orcas swim past. And earlier this year in San Diego, I was able to stand on the shore and zoom in with my camera to see water shooting up from blowholes way off in the ocean, but I couldn’t actually see the whales themselves.

Alaska is one of the best places to see whales, and I couldn’t miss this opportunity. So, I teamed up with Kenai Fjords Tours, a leading cruise company based out of Seward (disclaimer: I was provided discounted admission for two), for the National Park Tour, an all-day cruise that took us into Kenai Fjords National Park and past several glaciers and islands teeming with wildlife.

The weather was rainy and foggy all day long, so getting great photos was tough, but we did ultimately get some awesome views.

Not more than 30 minutes into the voyage, we encountered a pod of orcas. Killer whales in the wild. It doesn’t get much cooler than that. 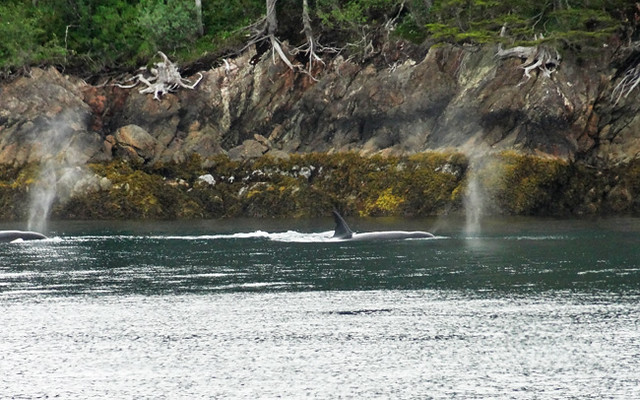 Our experienced captain was a fountain of information. He informed us that this was a special group of orcas known as the AT1 pod. This group of whales has diminished in number from 22 to 7 since the 1989 Exxon Valdez oil spill. The group has been unable to reproduce since then and is doomed to die out eventually. Go here for more info on this unique pod.

While their story is sad, it was beautiful to witness them splashing around and swimming together along the shore as a community. You can mourn their demise, or celebrate their life. 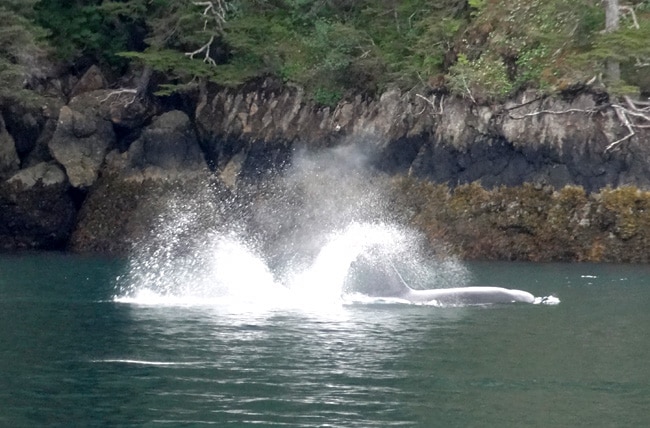 The cruise treated us to views of a few more orcas later on from a distance, but none could top the sight of this family.

We saw probably five or six humpback whales throughout the journey, though none came out of the water very far. Most of the sightings were tails, which the giant whales showed us before diving down out of sight. 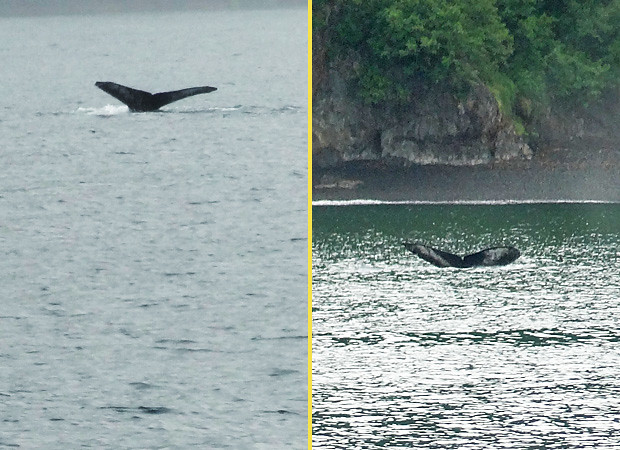 Other Wildlife Spotted on the Seward Whale Watching Day Cruise

The captain pulled into several alcoves to take a look at the wildlife that happened to be hanging out there – mostly birds and land mammals. This was a cool sight – a bird munching on a starfish. It toyed with the starfish, tossing it around with its beak before finally devouring it. 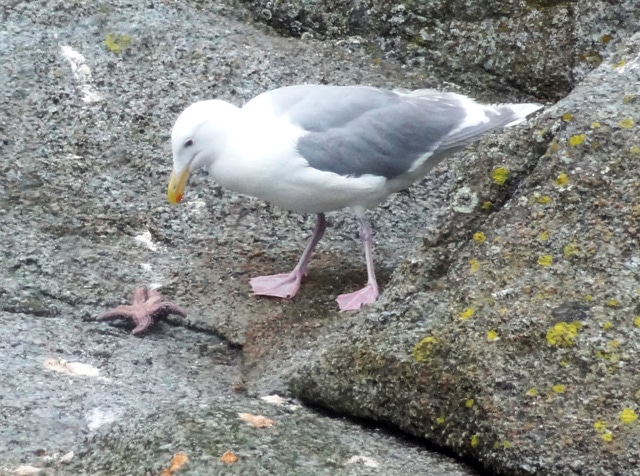 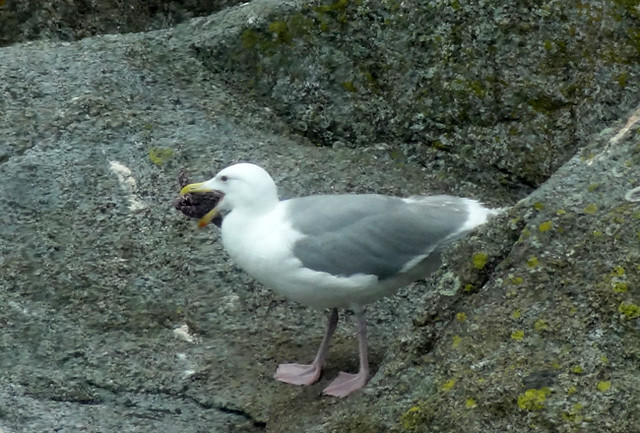 The common murre was another bird we saw a bunch of here. These tuxedo-wearing birds gather in cracks in the mountains and dive down into the water to feed.

Murres are funny because they often stuff themselves so much that they can’t fly back up to the rock, so they have to stay on the water for a while and wait until they regain the strength. We watched several try unsuccessfully to lift off from the surface of the water. 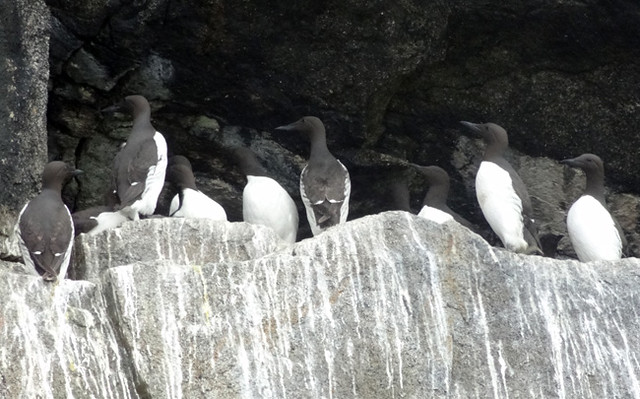 Puffins are apparently famous Alaskan birds. I tend not to pay a lot of attention to birds in general. But I liked the bright orange on their beaks. 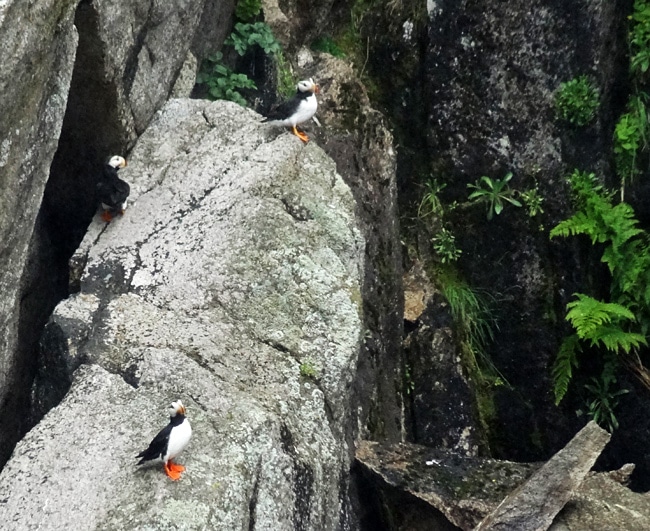 The dall’s porpoises liked to have fun with us, racing back and forth from side to side underneath the front of the ship. They look like mini killer whales and their playfulness was a treat. 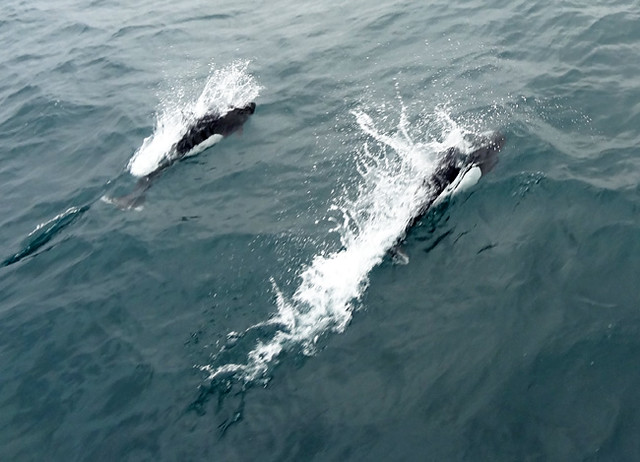 The big land mammals on the trip were the sea lions. They hung out on the rocks by the dozens. 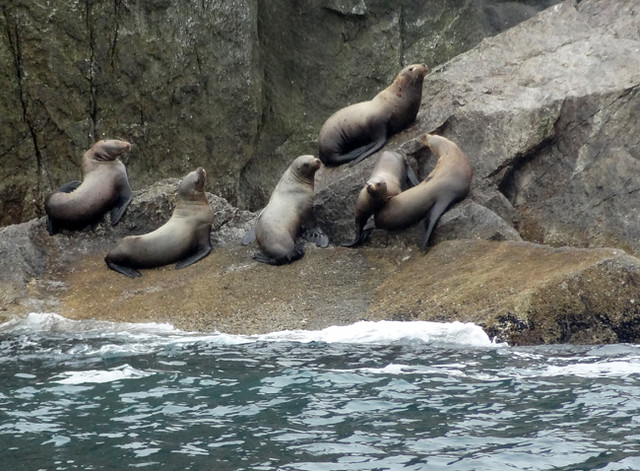 Screaming and yelling in that sea lion language. 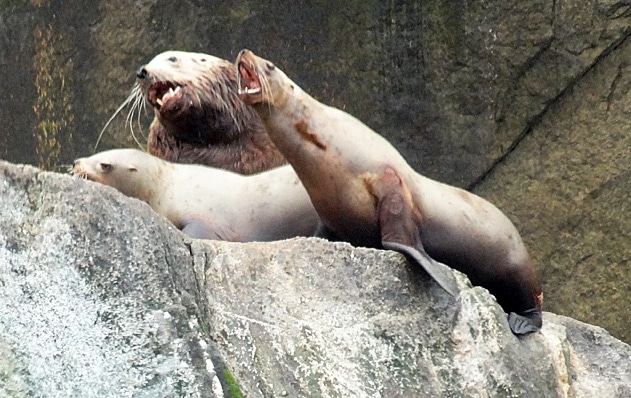 I was most excited about the whales and wildlife, but the glaciers were cool too. After hiking on a glacier and landing on a glacier in a flightseeing plane, this was my chance to see glaciers from a ship, and to possibly watch them calve, or break off pieces into the open water.

This is a natural part of the process of glacier movement – they advance forward until they hit water, and then massive chunks break off.

Approaching Aialik Glacier in the fog, we started to see chunks of glacial ice everywhere. 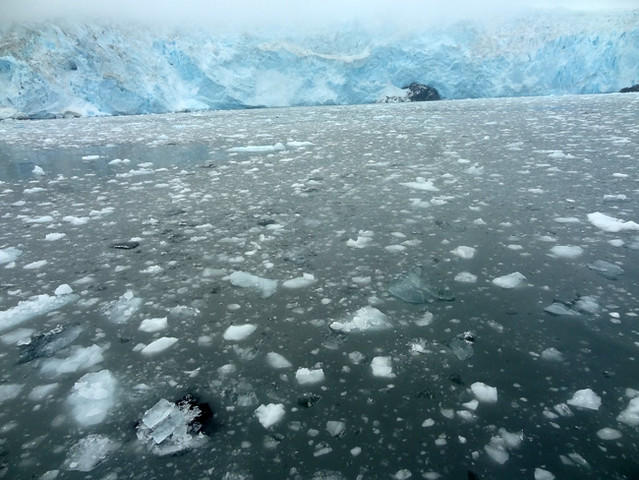 Everyone look at that glacier! 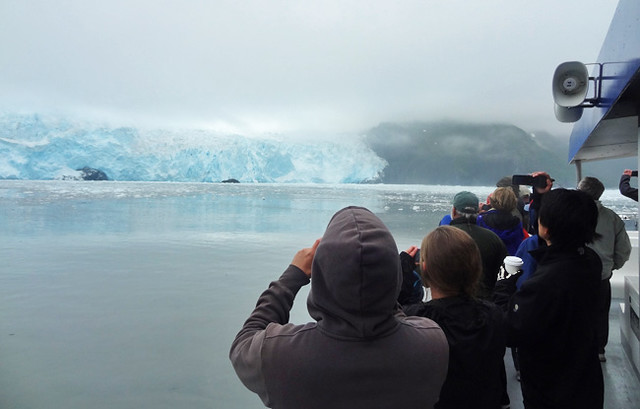 Groups of kayakers watched the glaciers (and us) from their own unique vantage point. 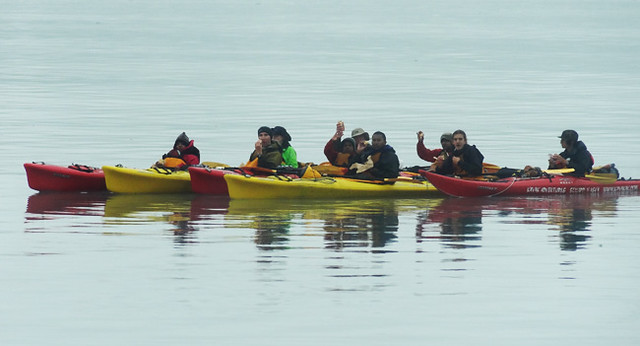 The majestic blue ice of the national park up close. 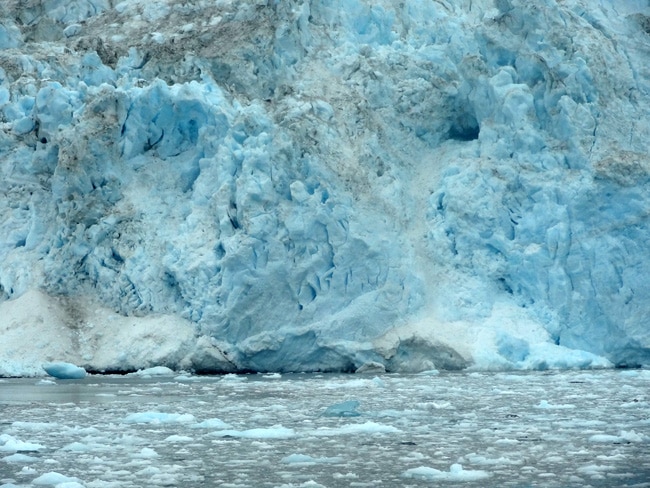 The captain turned off the engine and let us sit for several minutes to hear the cracks and crashes as the glacier continued rumbling. We know that climate change is causing glaciers to disappear faster than they would otherwise. But watching tons of ice crack and fall into the water is still an awe-inspiring experience. Crash! 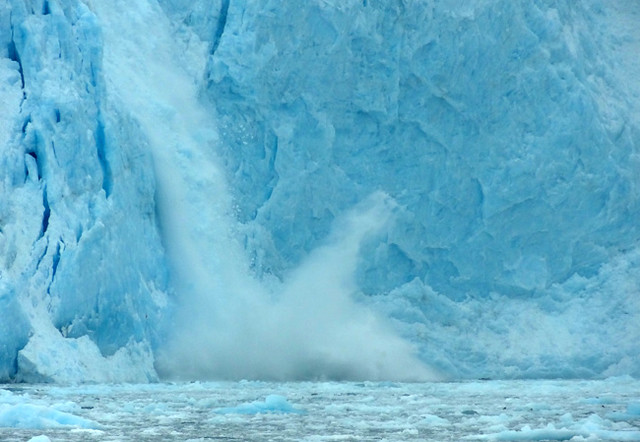 The Seward whale-watching tour ended with a buffet dinner on Fox Island, which included fresh fish, although my favorites were the mini-cheesecakes. I won’t admit how many I devoured. By that point in the trip, I was itching to get home, having realized my wish of seeing whales (and so much more!) in the wild.

Is Kenai Fjords the best place to see orcas in Alaska? It just might be. Perhaps the best place to see whales from shore in Alaska is Beluga Point in Chugach State Park, just south of Anchorage. You can pull off the road at Mile 110 on the Seward Highway and look for beluga and killer whales. Otherwise, go with the day cruise from Seward!