Whenever I see tourists on Segways, I secretly wish I was the one cruising about town on the awkward two-wheeled device while wearing an unflattering giant helmet. Aside from how silly riding a Segway may appear, the experience always looks fun and I’ve been wanting to give it try.

My time finally came when Experience Columbus offered the opportunity to join up with SegAway Tours of Columbus for a two-hour urban excursion. My Segway tour in Columbus was about to become a reality!

The first 15 minutes or so were spent learning how to ride the Segway. The only tricky part was keeping my balance when first stepping up onto the platform. Once I learned the techniques for going left, right, and stopping, it was a cinch to zoom around the parking lot like a pro. 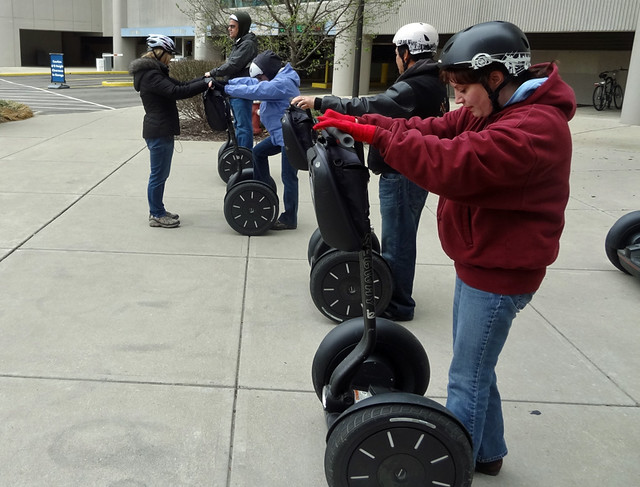 Following the tutorial, our group headed downtown, looping around the Ohio Statehouse.  The first time I saw it, I didn’t even realize it was the state capitol building, since its dome is different from the typical capitol dome. Good for you for being unique, Columbus. 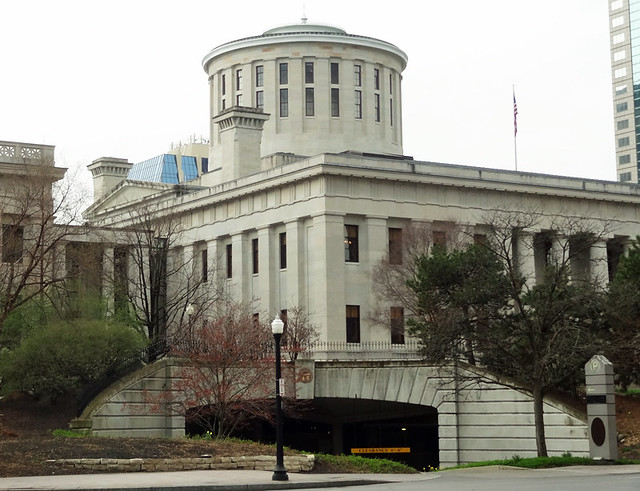 Our guide offered insightful information about each major building and attraction we passed. I had no idea that Abraham Lincoln’s body was put on display in the Ohio Statehouse after his death in 1865. Following the downtown experience, we headed to the Scioto River, following a riverfront path.

Taking a break along the river: 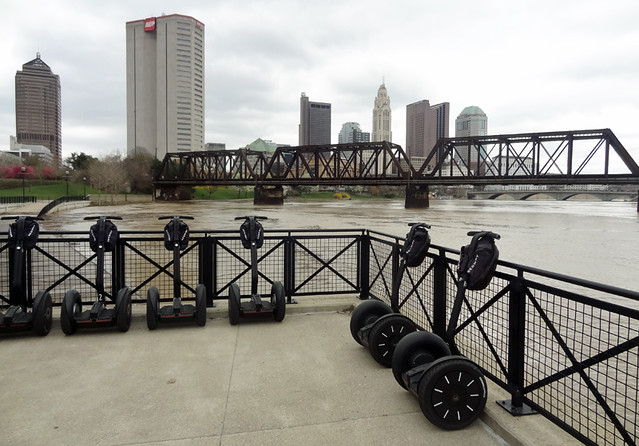 One of my favorite parts of town we passed through was the Arena District, where we saw Nationwide Arena, home of the Columbus Blue Jackets, the city’s NHL team. I’m still a Penguin fan, but you have to root for the underdogs in Columbus. As long as they don’t take our spot in the playoffs!

Not far from Nationwide was Huntington Park, the home of the Clippers, the city’s minor league baseball team. This blow-up figure reminded me of the Phillies’ mascot, but the Clippers are actually a Cleveland Indians affiliate. 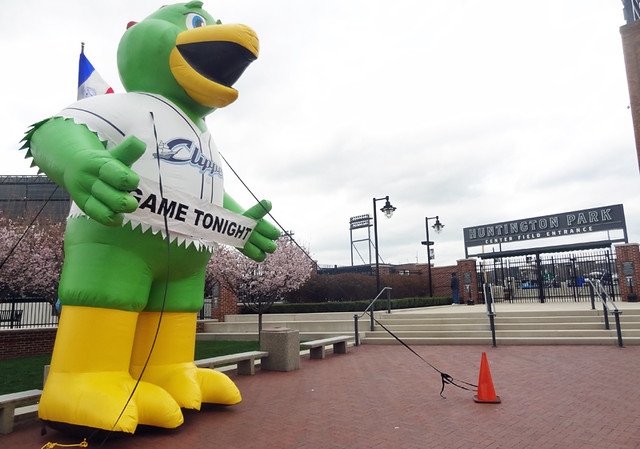 Also nearby was the former arch from Union Station. There’s a fascinating story behind this. Union Station was a grand structure that served visitors for decades, but by the late 1970s it was obvious the train station was no longer necessary.

The station was torn down without warning, but preservationists managed to stop the demolition in time to save the entrance arch, which still stands as reminder of the city’s past. 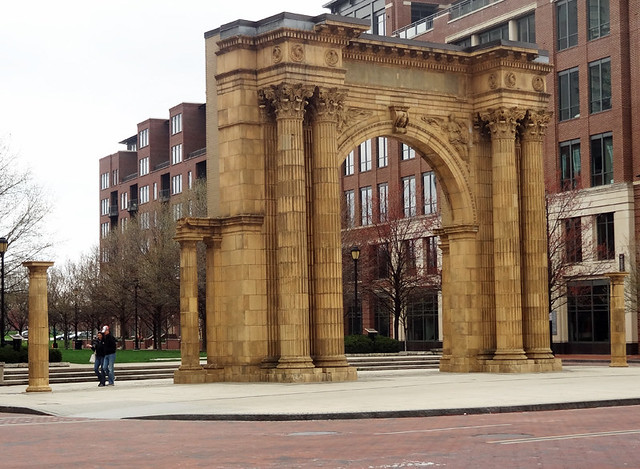 After moving past the North Market, one of my 12 cool places to go in Columbus, the Segway tour wound down by passing through the Short North, the city’s most eclectic ‘hood, and into Goodale Park, where I saw people doing everything from walking near the fountains to playing frisbee and slacklining. 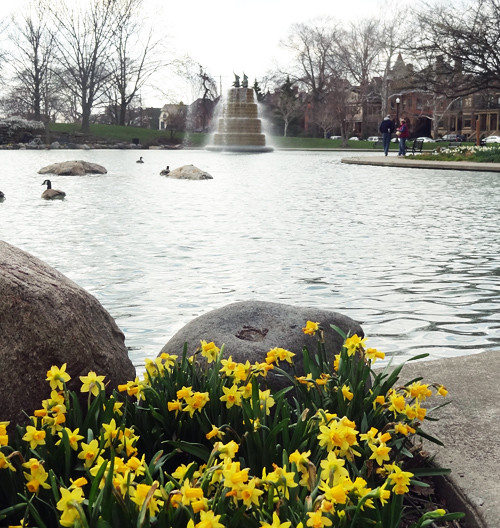 Would I recommend the Columbus Segway Tour? Absolutely. I am not someone who necessarily gives praise for these sorts of tours easily – in fact, I strongly suggest that visitors to Chicago not take a Segway tour, because the city’s best parts are too spread out, and on a Segway you’ll be stuck either downtown or along the lake, seeing such a small percentage of the city that it’s not worth your time or money.

But Columbus? Columbus is the perfect city for a Segway ride. Many of the cool neighborhoods are situated in close proximity to each other, so it’s easy to swing through all of them on a single tour. In less than two hours, I learned a ton about the history of the city and got a glimpse of the most interesting parts of town.

(Oh and fyi, in case anyone is feeling generous, I’ve decided that I want my own Segway.)

Have you ever taken a Segway tour? 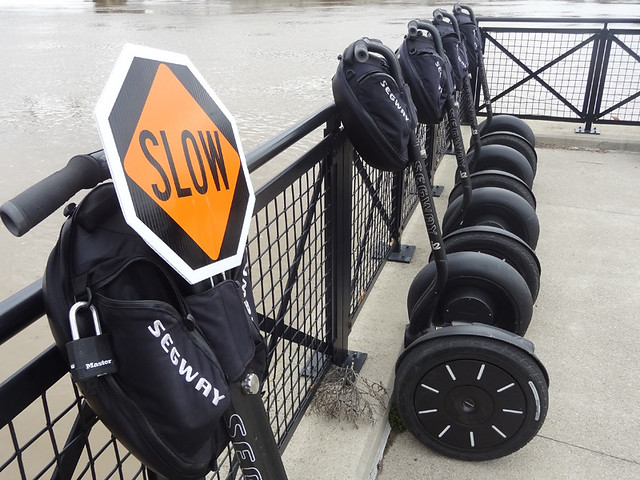 14 thoughts on “Taking a Segway Tour in Columbus, Ohio: What a Cool Way to See the City!”