The Jimmy Carter Presidential Library in Atlanta is an interesting historic institution that allows visitors to learn more than they ever wanted to know about the 39th president. 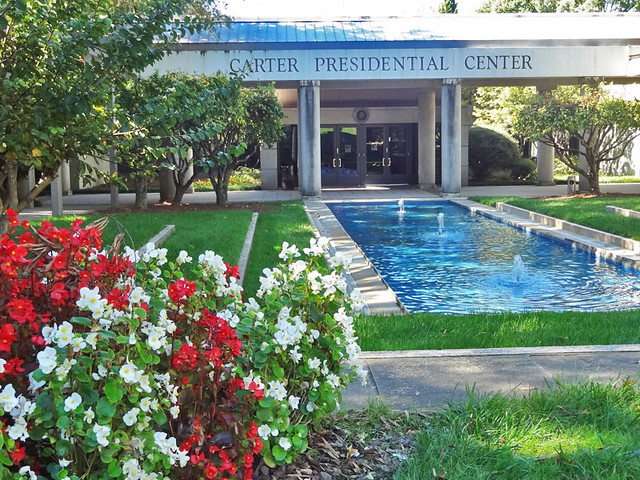 As always, I kept an eye open for the most unusual and offbeat parts of the library. Here’s some of what I found there. 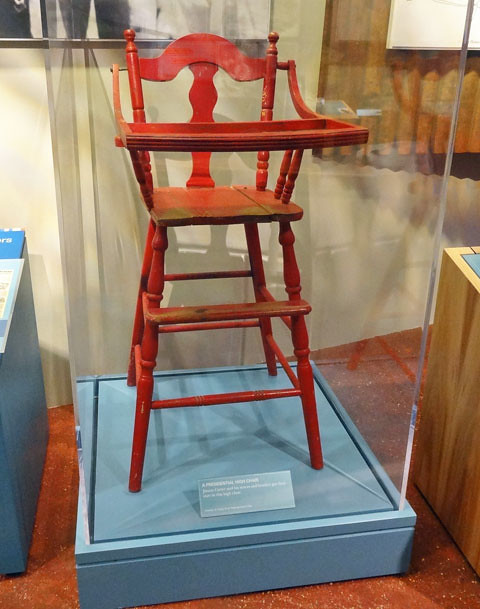 There’s no logical reason why a high chair would need to be a part of a presidential library, but I genuinely appreciate this piece of family history, used by Jimmy and all his siblings as a baby. 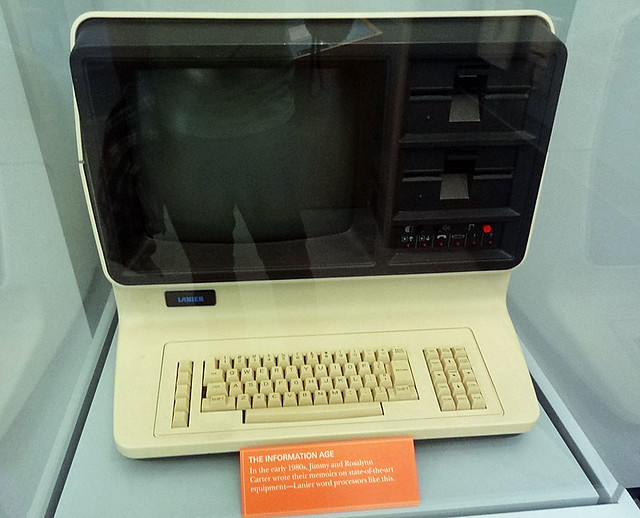 Jimmy and Rosalynn Carter were innovators. They wrote their memoirs in the early 1980s on a Lanier word processor like this one. Look at that futuristic piece of technology! I want one. 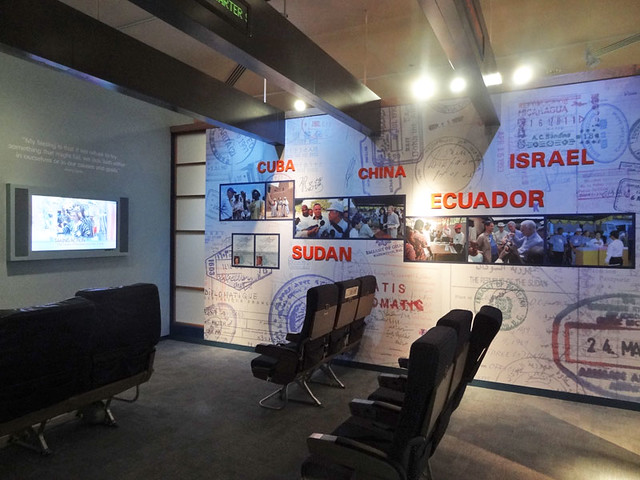 This little section of the library is designed to look like the inside of an airplane, and it even features real airline seats. How strange. But I sure took advantage of the opportunity to sit down and watch a video of Carter’s achievements around the world. It was my first time ever in first class!

I think the global nature of the documentary is the reason for the airline motif. Fasten your safety belts and turn off all electronic devices, everyone!

4 The lasagna lunch in the cafeteria 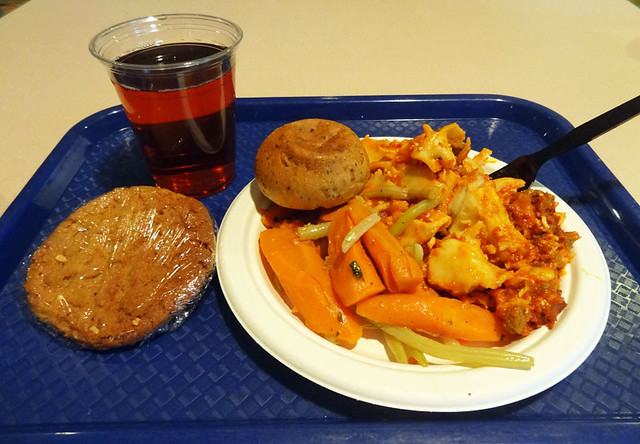 This was honestly one of my favorite parts about the Carter Center – the meal. Jimmy didn’t want some big corporate-sponsored cafeteria, so instead he hired local caterers to prepare homemade southern meals everyday. This was freshly made lasagna with veggies, a peanut butter cookie and sweet tea. So so good! 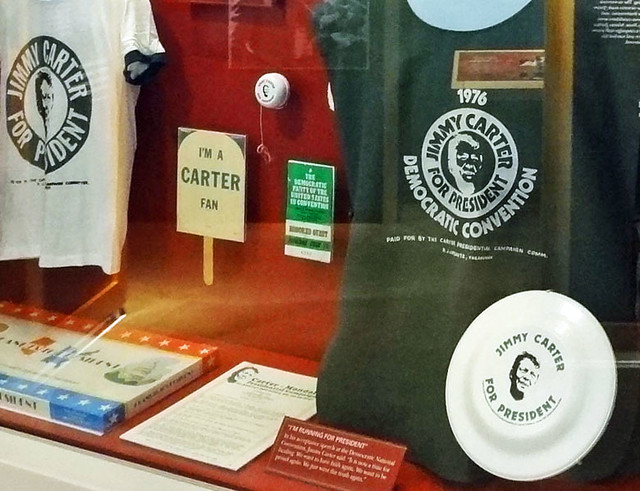 A collection of JC schwag: a frisbee, some tshirts, a Carter yo-yo, even a “Peanuts to President” board game. I especially like the hand-held fan with the slogan “I’m a Carter fan.” How cute. 1970s humor was awesome, wasn’t it? 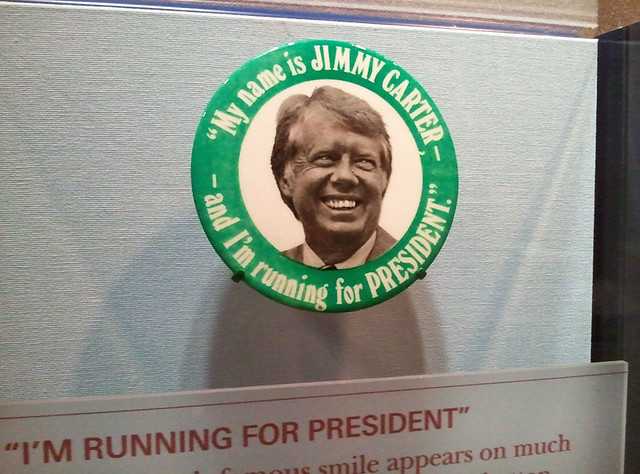 You’d never see a button like this nowadays. When it comes to political campaign signs and promotional materials, everything has to be red, white and blue (with an occasional yellow accent). Jimmy boldly went green with these buttons that feature a not-so-flattering headshot. 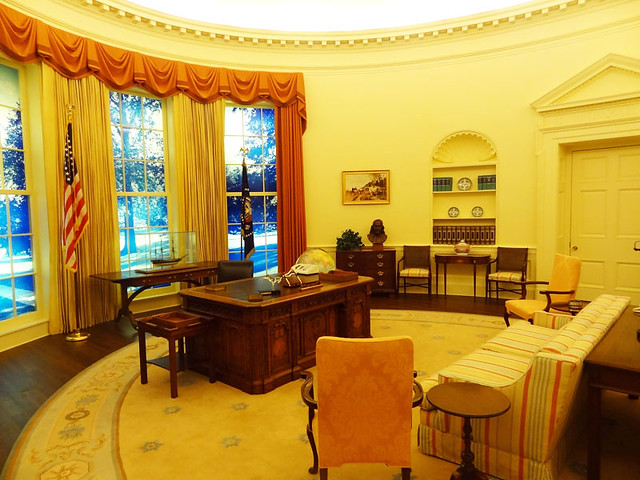 This is cool – they re-create the Oval Office of the White House as it looked during Carter’s tenure. I’d sure be comfortable working in this setting. I feel inadequate sitting in my little office right now. 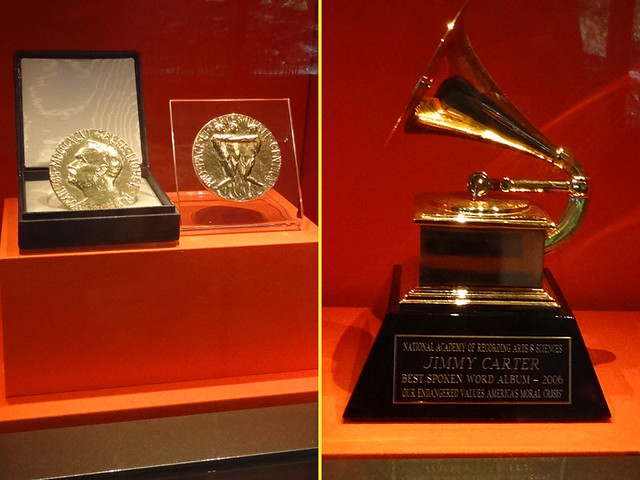 Here are a couple items that aren’t quirky, they’re just freaking awesome: a Nobel Peace Prize and a Grammy Award! Jimmy won the Nobel in 2002 for his work with the Carter Center, which has supported numerous humanitarian causes around the globe. I dare say no ex-president has done as much to help the world since leaving office as Jimmy Carter.

And that Grammy? That was for the audio recording of his book Our Endangered Values. 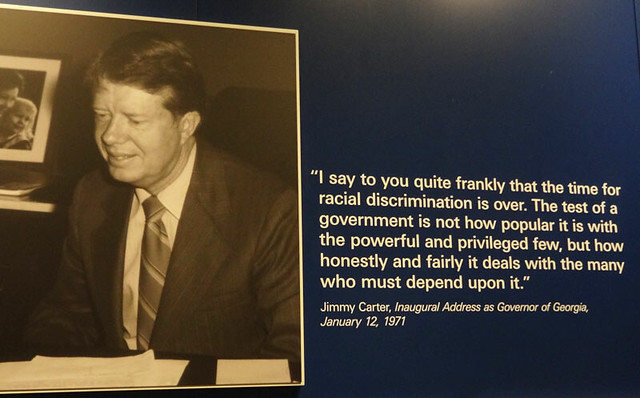 The Carter Library revealed just how tirelessly this fellow has worked to make the world a better place. He may have lost his re-election bid in 1980 due to a slumping economy and a charismatic opponent, but Jimmy Carter is a great man.