Chapultepec Castle in Mexico City is a place I’ve visited several times over the years. The palace is beautiful to look at and it carries a ton of history. There really is nothing like going inside Chapultepec Castle. 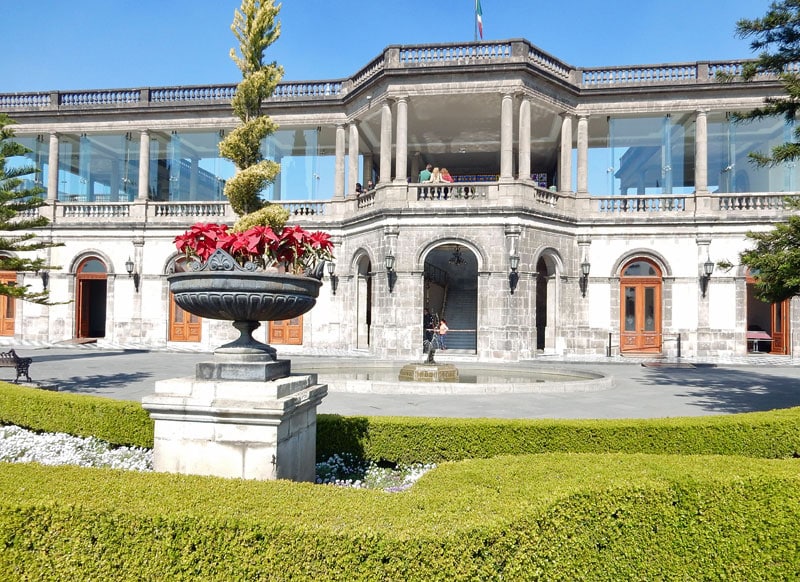 It once served as a training ground for the Mexican military academy. These days, the palace serves as a museum, and given its location atop Chapultepec Hill, it’s one of the best places to see Mexico City from above.

Tourists can visit both the interior of the palace, and its exterior grounds, which include gardens and overlook balconies. What will you see inside Chapultepec Castle? Read on for the pics and info!

The View Inside Chapultepec Castle

Visiting is interesting because there’s so much history from different eras. The building now has stained glass windows depicting Mexican flags and religious imagery, a large rooftop tower and garden, murals depicting the Mexican revolution, and preserved opulent rooms from the days when the country’s leaders used to call the castle home. 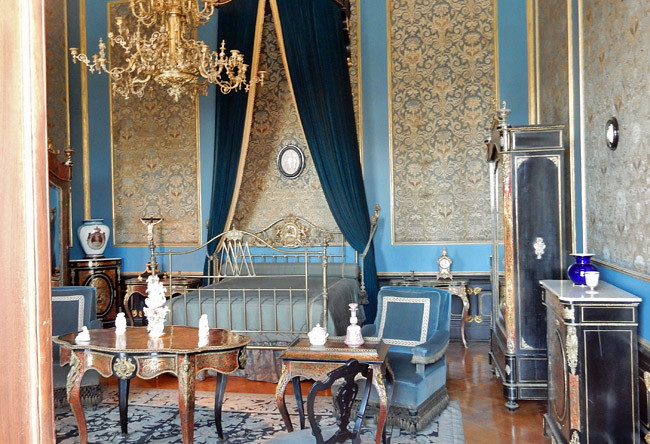 The patterned tiled floors both inside Chapultepec and outside the residence portion of the castle make for great photos. 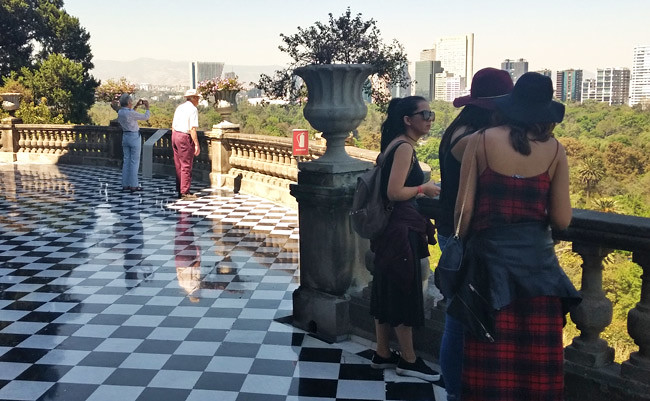 The stained glass on the windows is stunning as well. When you visit, make sure to take some time to examine this imagery up close. 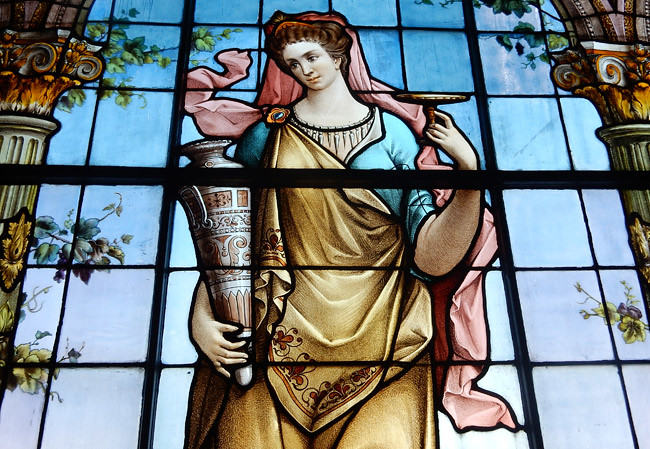 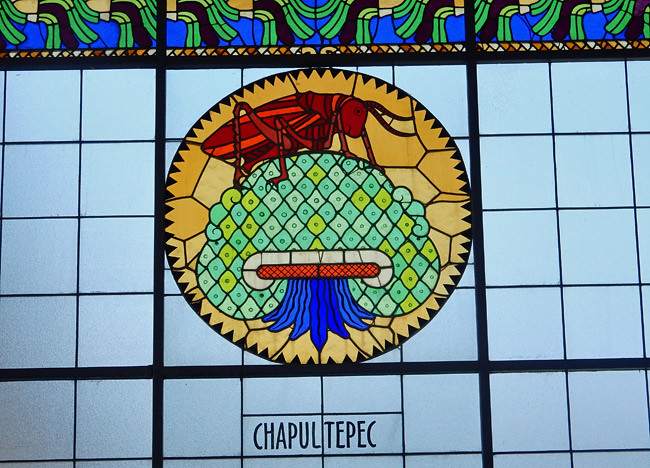 Inside the museum portion of the building, you’ll find stunning murals on the walls and ceilings. Many of the murals depict images of the conflicts that Mexico fought over the years. 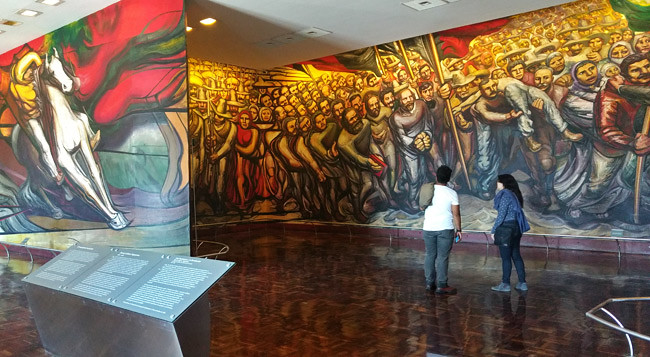 This dining room is about as extravagant as it gets. The lucky folks who got to dine here sure were living large. 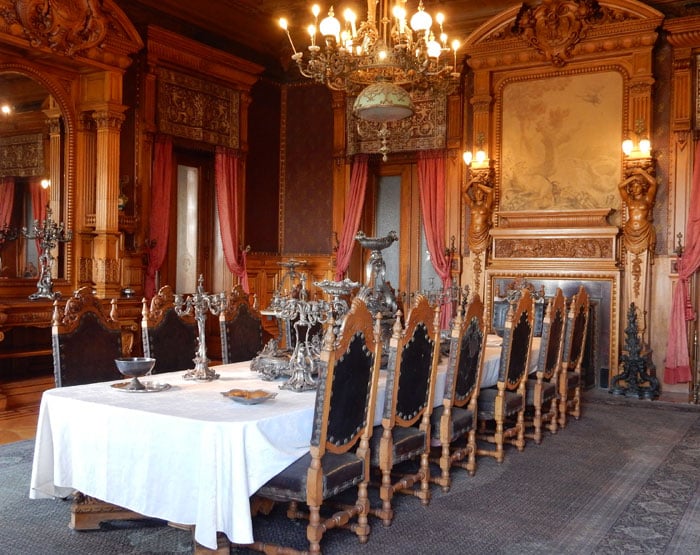 Another fancy room you can view if you visit the castle: 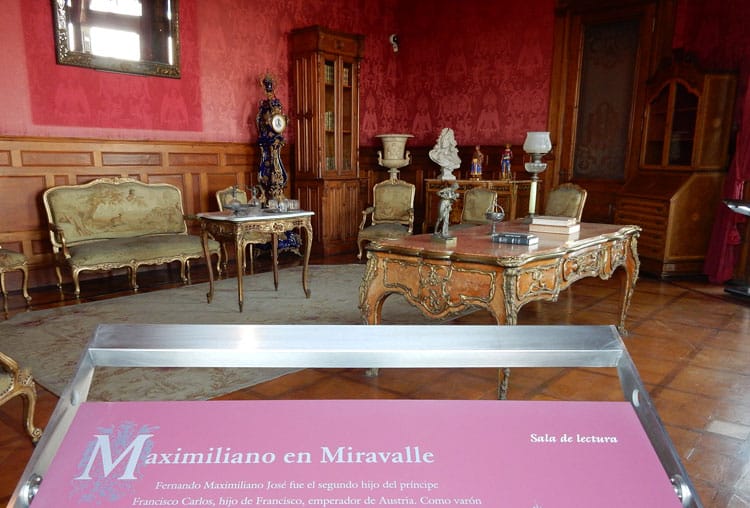 The grounds have a number of statues as well. 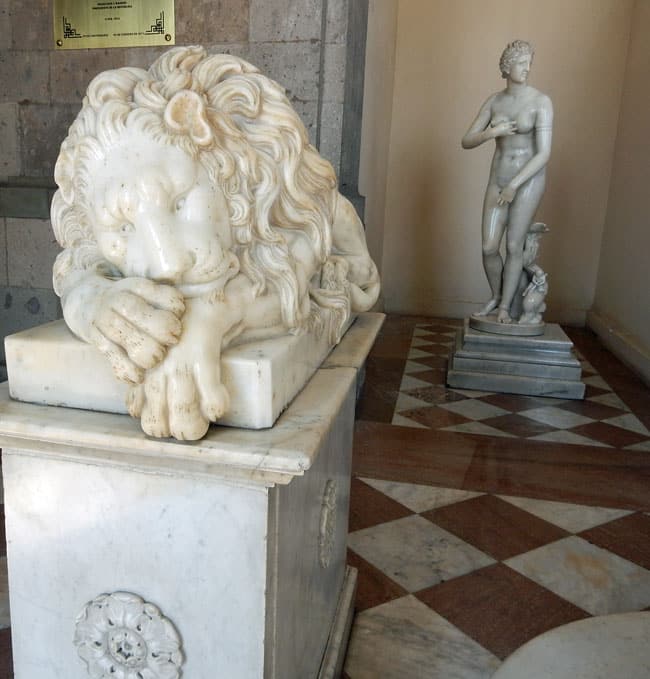 I’m not sure if any of the furniture and trinkets in this room serve any practical purpose, but they sure do look opulent: 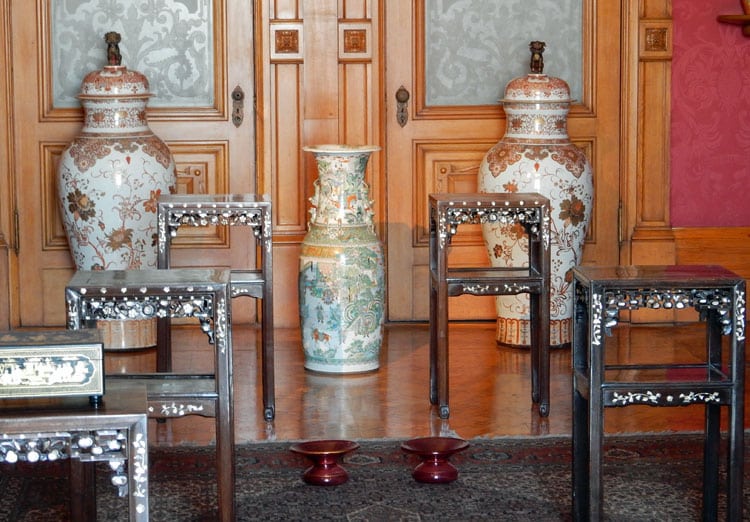 Outside the Castle: Chapultepec Garden and Balcony Views

These days, the palace still serves as a museum. The view from the balcony goes all the way down Paseo de la Reforma to the famous Angel de la Independencia. 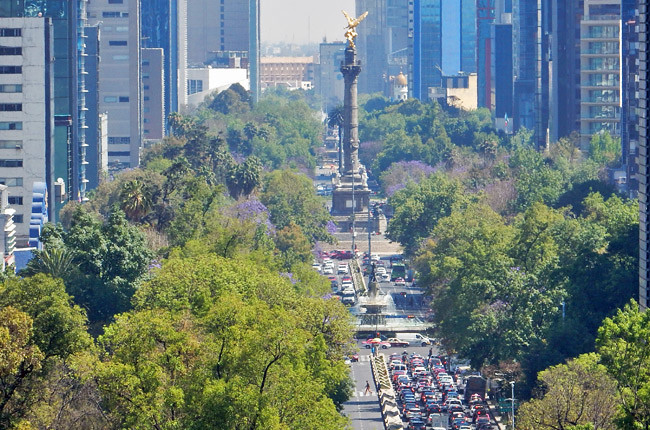 The garden is immaculately groomed, with hedges and flowers lining the sidewalks.

You’ll find plenty of statues and fountains outside the castle as well, along with the flag of Mexico flying high. 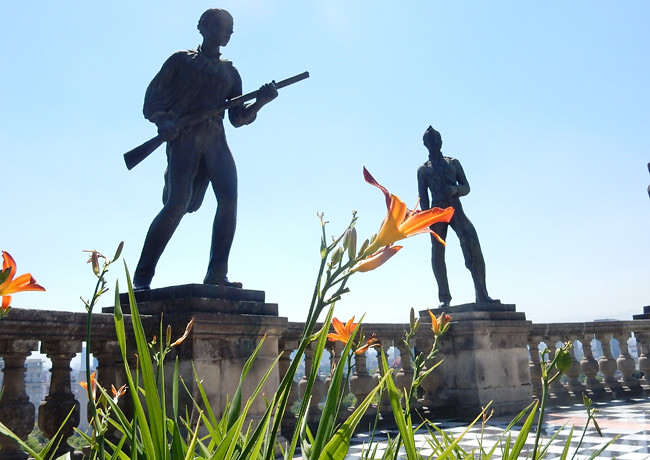 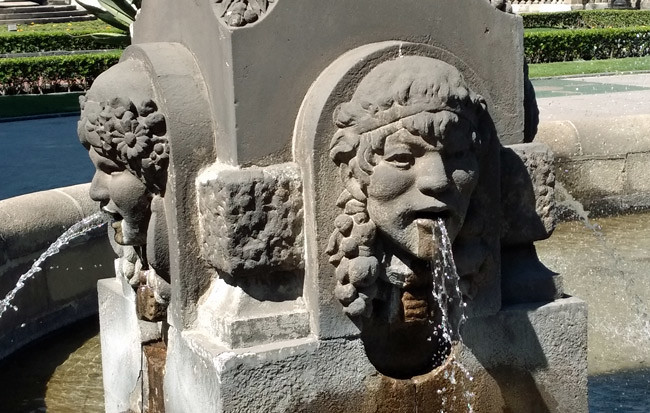 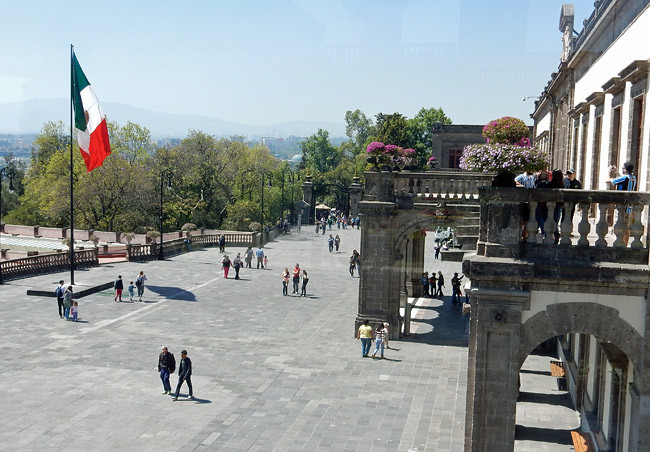 Chapultepec Castle is one of my favorite attractions in Mexico City. It’s one of the few that I happily return to over and over. It should be on anyone’s list of places to see in CDMX.

Chapultepec (meaning “on the hill of the grasshopper”) was created in the 1780s at the request of Viceroy Bernardo de Gálvez. But he passed away only a year later, with the building unfinished.

It was purchased in 1806 by the Mexico City municipal government. Over the years, the castle changed hands many times. It was abandoned in 1810 during the Mexican War of Independence. 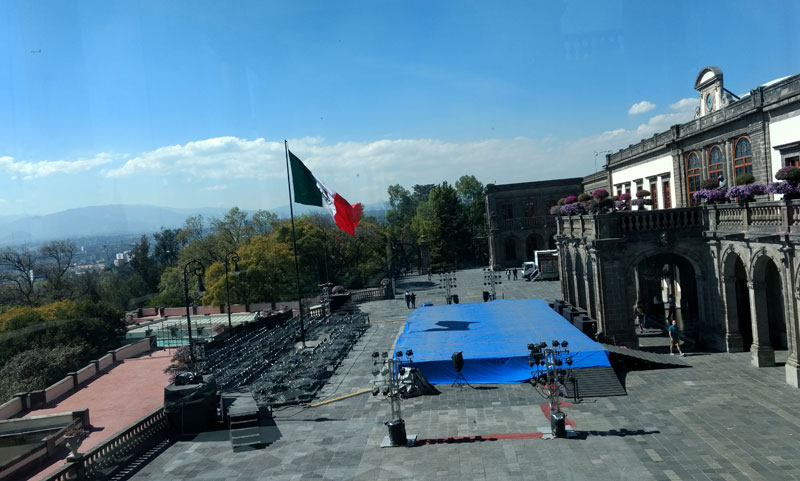 In 1833, the castle was selected as the location of the Mexican national Military College. But the castle was seized by the U.S. in 1947 during the Mexican-American War. After the conflict, it returned to Mexican ownership, and was expanded with several new rooms.

Chapultepec then served as the residence of Emperor Maximilian I in the 1860s. Later, it was an astronomical observatory, and then a presidential residence until 1944, when it became a museum and the official presidential home moved to Los Pinos. 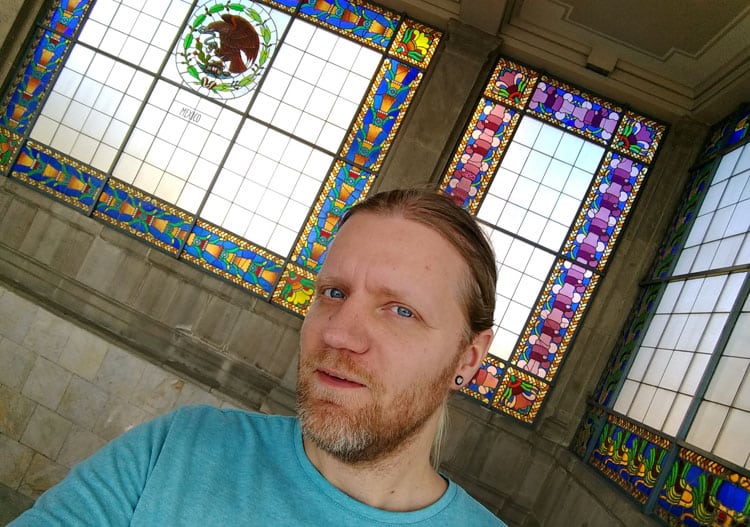 As of 2023, Chapultepec Castle and the National History Museum are open from Tuesday through Sunday from 9 am to 5 pm. I recommend avoiding Sundays, because the museum is free for locals on Sunday, so it gets very crowded.

The current cost is 90 pesos (less than $5 USD). Payment is only accepted in cash, and only in Mexican pesos. Children under age 13 and seniors over age 60 receive free admission. Purchase your tickets at the booth on site.

There is no parking lot. Your best bet is to arrive by Uber or the subway (line 1 or line 7.) No matter how you choose to arrive, you will have to walk up a moderate-sized hill to reach the entrance.

While you’re in Mexico City, be sure to visit the traditional neighborhood of Coyoacan, the Tequila and Mezcal Museum, the Frida Kahlo Museum, and the Palacio de Bellas Artes.

Have you ever been inside Chapultepec Castle? 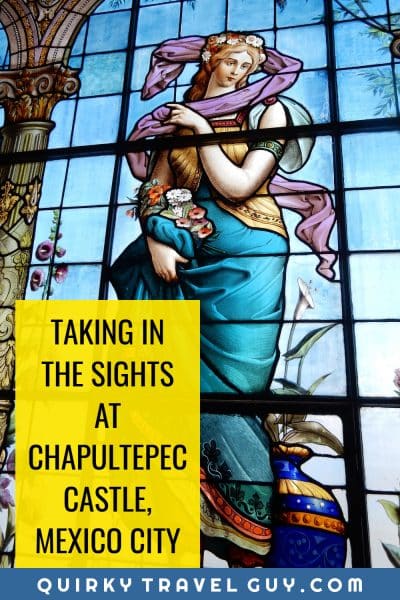 7 thoughts on “Inside Chapultepec Castle: Photos of the Famous Mexico City Attraction’s Interior”