There are so many Washington DC museums that visitors can have a hard time choosing between them! Everyone’s heard of the Smithsonian Art Museum, the National Air & Space Museum, the Newseum, the Holocaust Museum, and other famous attractions in Washington DC.

My mission in the nation’s capital was to seek out some of the lesser-known spots. The strange and unusual DC museums that people aren’t as familiar with. Here’s a look at eight worth visiting the next time you’re in town. 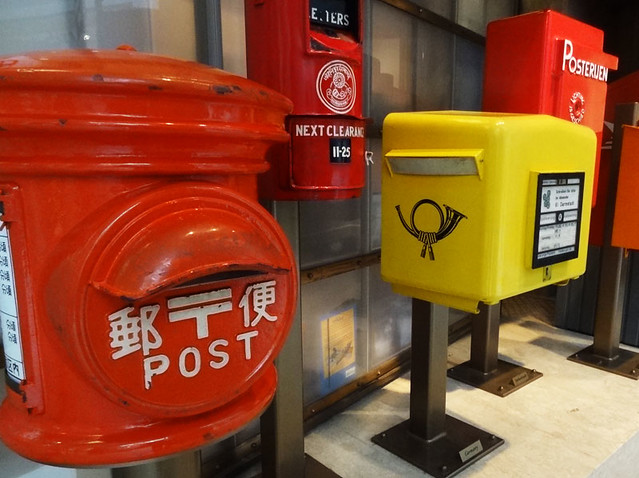 A museum dedicated to postage? How awesomely quirky! The Postal Museum was established in 1993 in honor of the men and women in the blue uniform and the letters and packages they transport. The facility features sheets of old American stamps, like the 50 states series from a few years back.

There’s a display of international mailboxes, mail trucks and planes, plus a Pony Express historic exhibit and rooms of stamps from around the world. They even have a Titanic section that focuses on telegrams and communication sent from guests on the doomed ship. 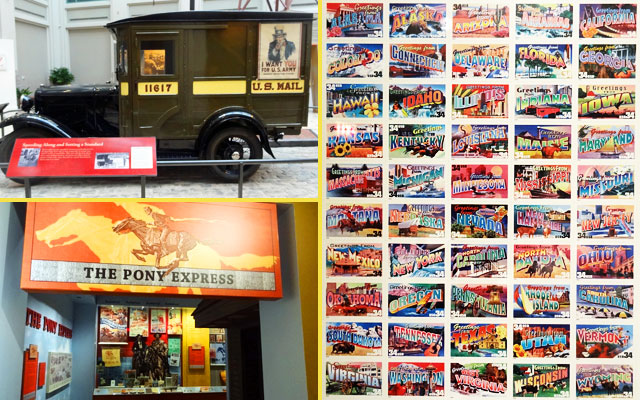 The National Postal Museum is free and it’s located right across the street from Union Station, so if you’re heading into DC by bus or train, it’s super convenient to stop over.

I’ve got one suggestion for the Postal Museum to liven things up just a bit: They should add a fun exhibit dealing with the Post Office in popular culture. Imagine a display featuring photos and video of Newman from Seinfeld, Cliff Clavin from Cheers, and the letter carriers from the Blondie and Garfield comic strips. That would be cool.

UPDATE: Unfortunately, this museum closed a few years back, and its collection was transported to the Alcatraz East Crime Museum in Pigeon Forge, Tennessee.

From Medieval crime to OJ Simpson, the Crime Museum was one of the coolest spots I visited, in spite of its $21.95 admission fee. 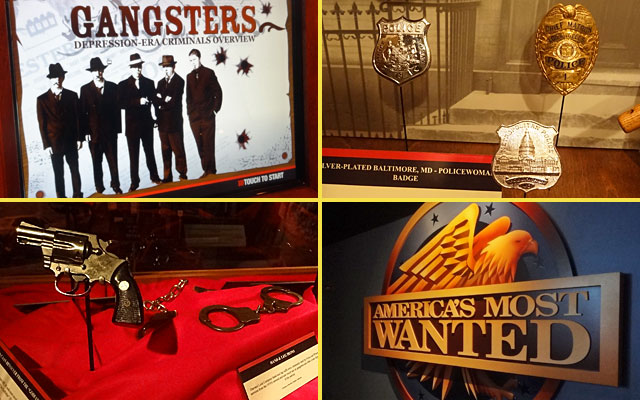 The museum houses interactive touch-screen games (like celebrity mug shot trivia), historic displays (such as info about the Chicago mob and the four assassinated presidents), and plenty of “murderabilia” – artifacts from famous murderers.

Some folks may be turned off by such exhibits, but it’s fascinating to see the Unabomber’s Bible and John Wayne Gacy’s wallet, complete with Radio Shack and Hertz credit cards. Other sights include actual set items from mob movies, a re-created jail cell, and a real electric chair used in 125 Tennessee executions.

This is a huge museum – At one point I thought I had reached the end when I was informed I still had two more floors to go. In the basement is the studio for America’s Most Wanted where host John Walsh filmed the show.

3 Museum of the American Indian

The Museum of the American Indian is one of my favorites. It’s a great place to learn about other cultures, and admission is free so it works for any budget. The museum is four levels, with live demonstrations, artwork, artifacts and exhibits on both historic and modern Native American life. 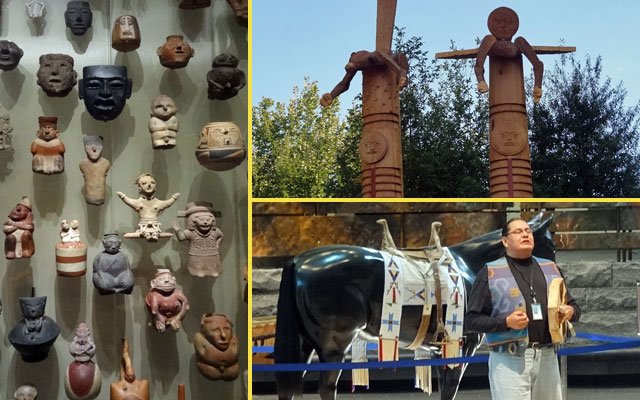 I recommend having a meal in the cafeteria as well. Normally, I avoid museum food since it’s often overpriced and of questionable quality, but that’s not the case here.

There’s a large Native cafe with common dishes from tribes in the Western Hemisphere. I went with the “buffalo taco” – a pile of buffalo chili over Indian bread. That reminded me of the meal of boiled buffalo tongue that I had in Blackfeet country in Montana. 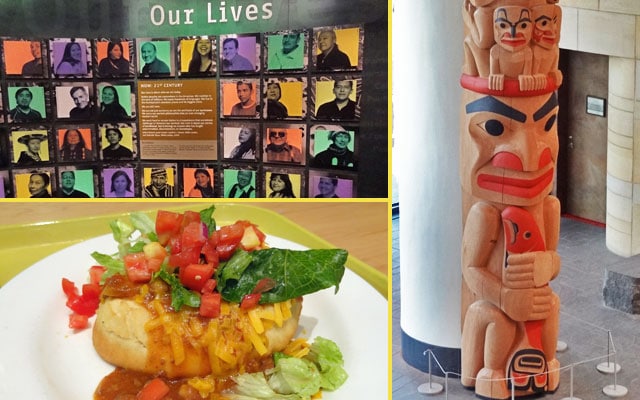 You can find the Museum of the American Indian on the National Mall next to the Air & Space Museum.

Housing more than 5000 works, the Phillips Collection claims to be the first modern art museum in America. The unique thing about this place is that they purposely put objects from different eras and locations next to each other. That’s the total opposite of most museums, and it’s a fun idea.

Make sure to visit the Laib Wax Room, a tiny room with 440 pounds of melted beeswax on the walls and a single light bulb hanging from the ceiling. Due to its small size, only 1-2 people can enter the space at a time. 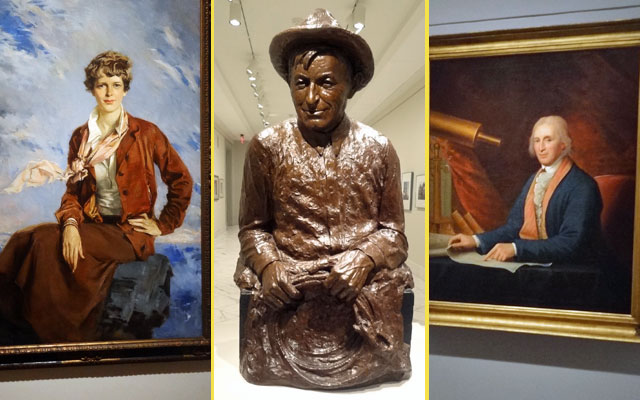 Attached to the Smithsonian Art Museum is the less-appreciated Portrait Gallery. Find paintings of everyone from the Founding Fathers to Civil War generals to Hillary Clinton. 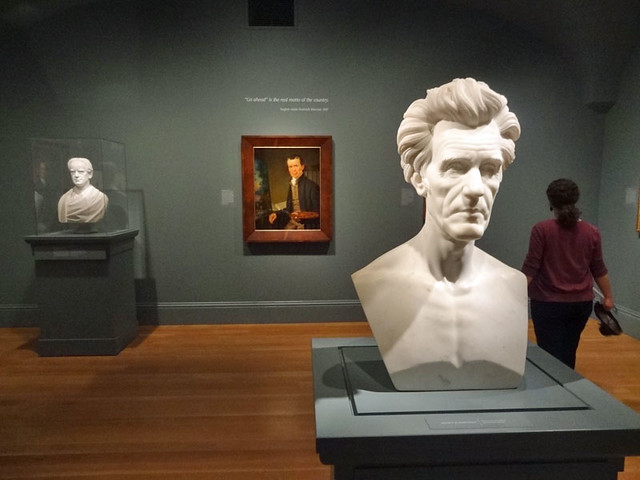 The gallery is three floors, featuring sections on folk art, Western art, Impressionism, modern art, and American presidents. It’s not all paintings. You can also find sculptures of the likes of Andrew Jackson (that’s him above – check your $20 bills for confirmation.)

The Hirshhorn is probably the most famous of the museums on this list. It’s a Smithsonian institution, but it wasn’t on my radar until I discovered its fantastic collection of modern art.

Like a giant pile of plastic toy crabs. If that’s not art, I don’t know what is! 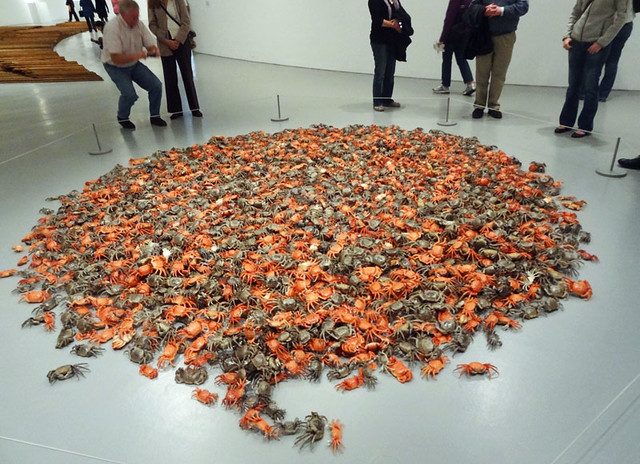 I also discovered a giant snake piece on the ceiling that weaved its way around the building, a book made of straight pins, and a bunch of bicycles welded together into a giant cylindrical-shaped object.

The Hirshhorn is free, and it’s real, and it’s spectacular.

The venerable magazine has its own museum. For decades, National Geographic has told stories of people, places, and cultures around the world through words and photography. Those same elements are at play in the museum on 17th Street NW.

Just look at some of the items in the permanent “Exploration Starts Here” exhibit: Video from the top of Mount Everest, pots recovered from shipwreck by Jacques Cousteau, and a camera used at the North Pole.

Recent temporary exhibits included “Women: A Century of Change,” which focused on the gender equality in the 100 years since women secured the right to vote; and Becoming Jane, a 3D, multiscreen experience taking visitors into Jane Goodall’s chimp research camp.

Despite being on the National Mall, the African Art Museum seemed to get overlooked when I visited. It’s a small building surrounded by larger ones, and there weren’t a ton of visitors when I stopped in, which is a shame because there’s some good stuff here. 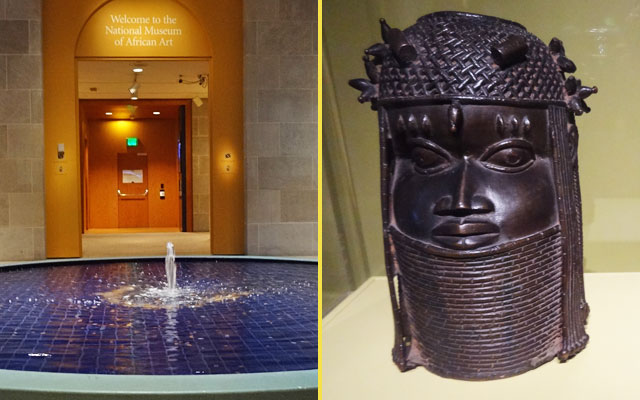 The art on display includes original paintings, ceramics, pottery, jewelry, sculpture, clothing and more. Like most of the others on this list of under the radar Washington DC museums, the National Museum of African Art is totally free.

If you’re on a driving tour of Washington DC, add these museums to your list! And check out some fun facts about DC memorials and monuments.

Would you visit any of these under the radar and fun Washington DC museums?