Looking to do some snorkeling in Puerto Vallarta? Probably the best place to snorkel in PV is Los Arcos (“the arches”), which has been a National Marine Park since 1984. 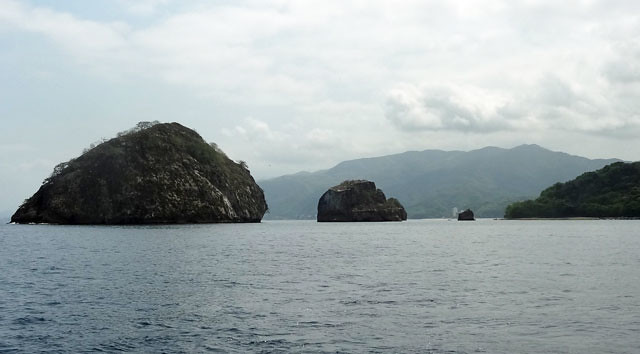 The park is named after the arched indentations in some of the rocks. The park is home to large populations of pelicans and other sea birds, plus some coral formations. 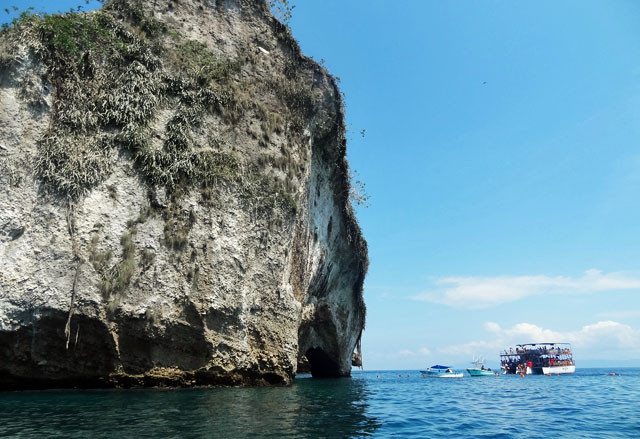 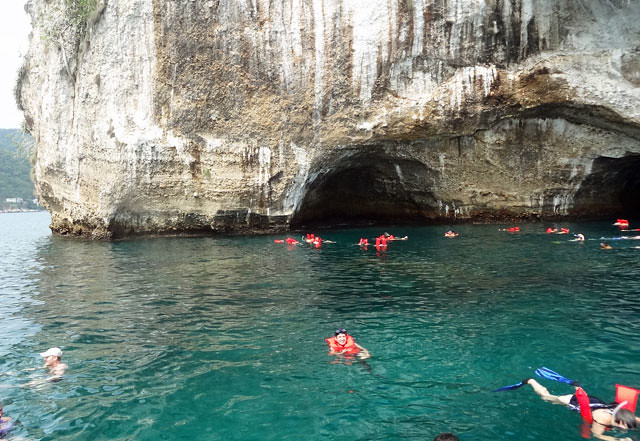 The granite rocks that mark Los Arcos can be seen from downtown PV, but you’ll need to take a boat ride to get there. The water isn’t super-deep, and there aren’t necessarily the picturesque tropical scenes that you might see in the waters of the Caribbean or Hawaii.

But there are some colorful fish and reefs, as well as lots of birds flying overhead. During my visit, folks from the boat threw some bits of bread to attract the fish to the surface. Score! 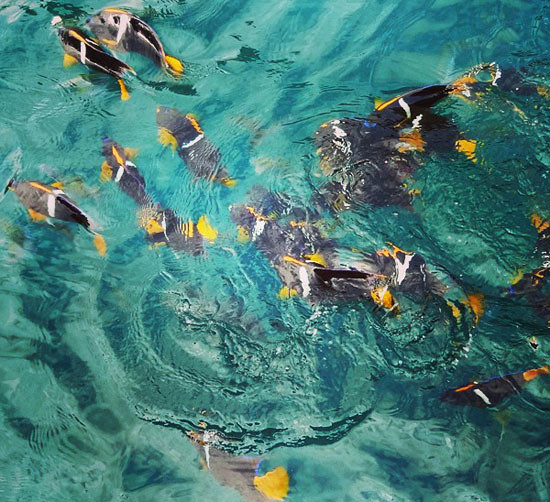 Seeing marine wildlife up close and exploring the areas away from the beaches are two of the best travel tips for Mexico, so a visit to Los Arcos is ideal for Vallarta visitors.

While I was there, two or three other boats stopped by, so there were maybe 30 or 40 people in the water at a time. The boats tend to keep a bit of distance between themselves and the rocks, but if you swim closer to the rocks, you can find more fish. 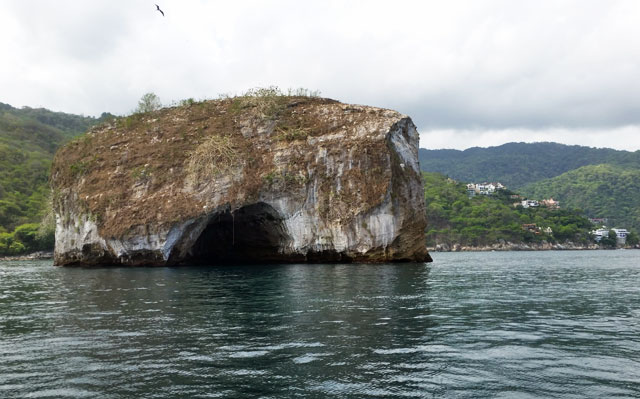 The arches themselves are fascinating. I didn’t see any boats go through the passages, but kayaks and canoes could easily pass underneath the rocks through these tunnels. 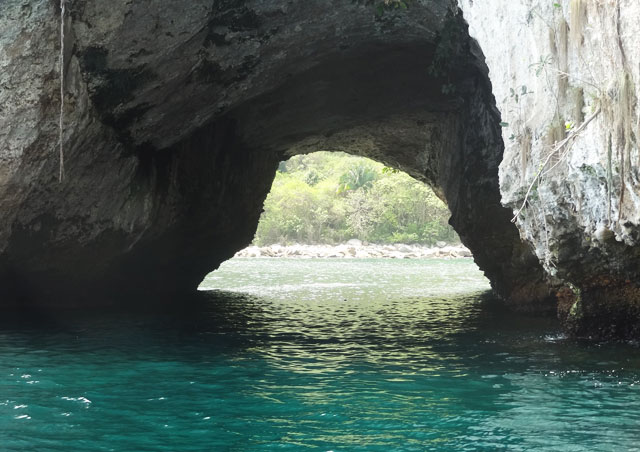 My Experience With Los Arcos Snorkeling

After several minutes, a few of us starting feeling minor stings on our skin. My first thought was jellyfish, but I didn’t see anything in the water, and the stings were just like pin pricks, not as painful as I’d imagine a jellyfish sting to be.

Maybe they were little tiny invisible relatives of the jellyfish. They weren’t all that bothersome, especially with the skin cream folks on the boat had brought.

I did not have a fancy GoPro or other thousand-dollar camera with me. What I did have was a Walgreens brand disposable 27-exposure waterproof camera. And the film inside was actually expired – because I’d originally bought it for the snorkeling trip in the Florida Keys that got rained out three years ago.

So there was no guarantee the pics I took with it would even come out. They did – but they came out the way you’d expect photos from an expired Walgreens disposable underwater camera to come out: blurry and grainy.

You will definitely get better pics than me if you do some Los Arcos snorkeling with a modern camera. Here’s a small selection of the amateur underwater pics I took, starting with the best one – a close-up of a pretty large fish. Hey there, fella! 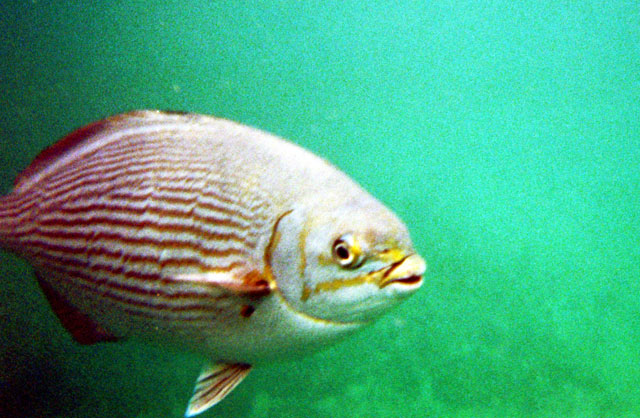 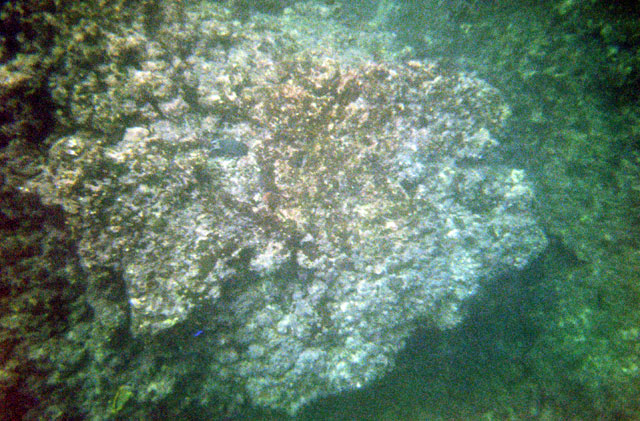 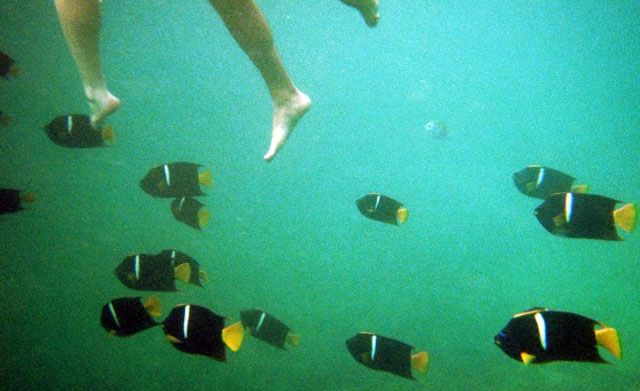 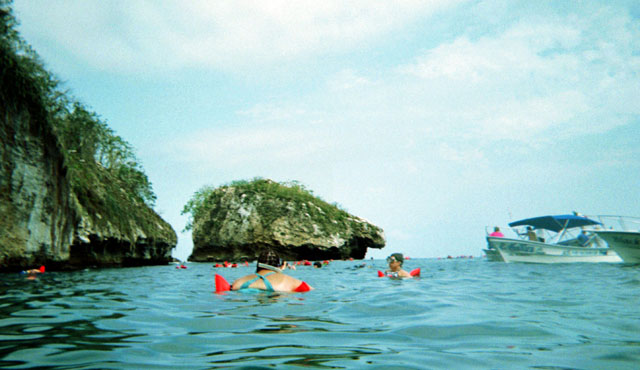 Have you ever gone snorkeling anywhere? What was your experience like?