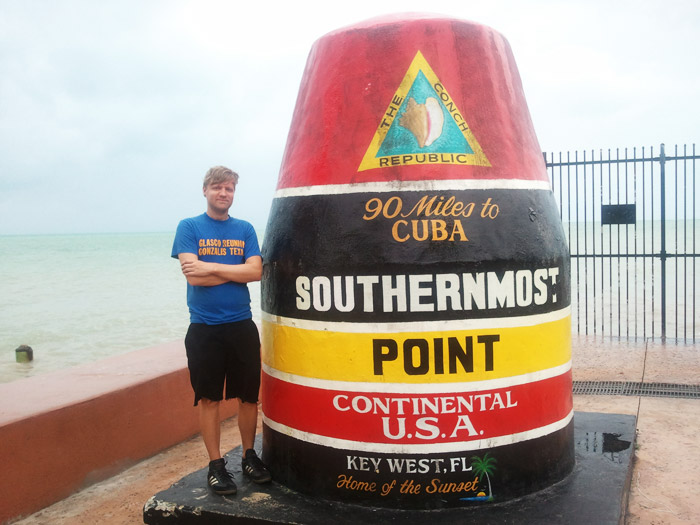 The Southernmost Point in the Continental USA
Location: Key West, Florida
When to visit: Anytime, but for shortest lines, come before 9 am
Cost: Free
Time needed: 10-60 minutes, depending on the wait
Website: Key West city website

In Key West, Florida, you can find a monument that marks the southernmost point in the continental United States. This red, black and yellow concrete buoy right next to the ocean has become a huge tourist attraction. If you visit Key West, you’ll want to stop by, but chances are you’ll be waiting with dozens of other people to get your picture taken with it.

For easiest access, arrive early. That’s when you’ll find the shortest lines. When I visited a couple weeks ago, I got there around 9:30. It was rainy and it was off-peak season, so I got my photo with only a five-minute wait. If you come during the middle of the day during peak tourist season, you may have to wait quite a while to get your photo.

Many publications call the Southernmost Point in Key West a tourist trap. Of course it is! So what? Some scrooges also like to point out that the monument isn’t truly the most southern spot in the continental U.S. – that distinction belongs to Ballast Key, an isolated, privately-owned island 10 miles west of Key West.

But don’t let that stop you from enjoying the Key West tradition. Join in on the fun and get your picture taken next to the “90 Miles to Cuba” marker that has become a landmark since it was erected in 1983. The massive concrete buoy is one of the most popular tourist spots in Key West. 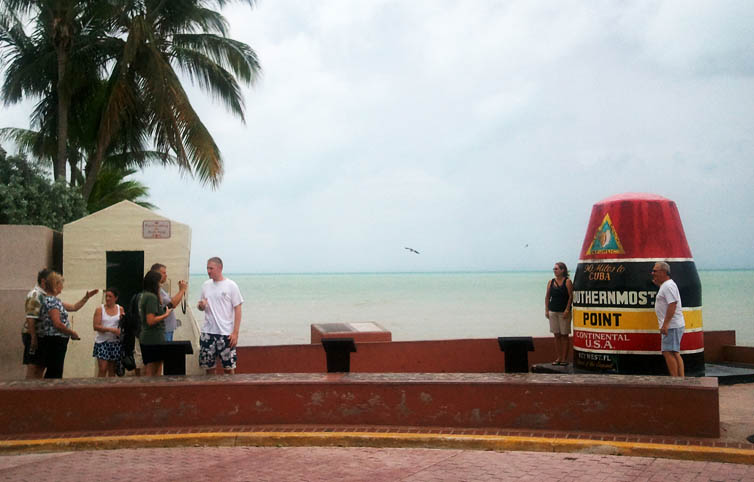 This area has been affected by hurricanes many times, but the buoy is still standing. It was most recently damaged by Hurricane Irma, but received a new paint job and is back to normal. The monument stands 12 feet tall by 7 feet wide.

Make sure while you’re in Key West that you check out the Ernest Hemingway Home and Museum. And I strongly suggest, if you have the time and money, booking a trip to Dry Tortugas National Park, where you can camp on a remote tropical island outside a Civil War fort.