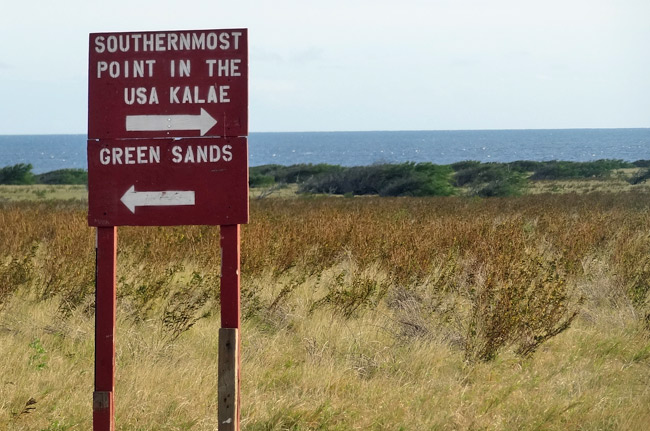 Known as Ka Lae, the southernmost point can be reached by a single road, South Point Rd., that extends off Mamalahoa Highway. It’s a 10-mile drive from the highway to the spot – put South Point Cliff Dive, Ka Lae, or South Point Park into your GPS to get there. 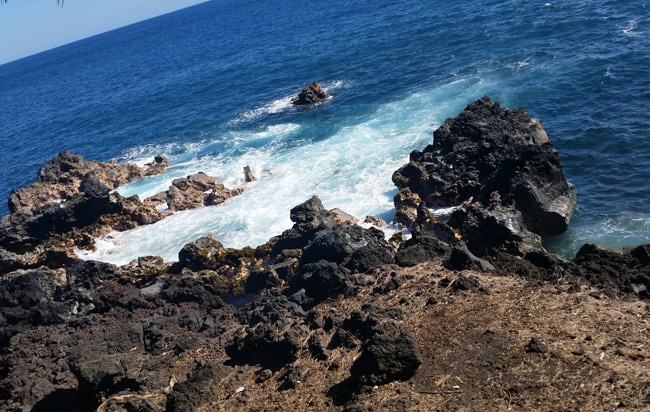 On the drive to the southernmost point, you’ll pass a bunch of homes and farms. Many of the trees stand sideways because of the constant breeze off the ocean. Look, I found the southernmost cows in the United States! 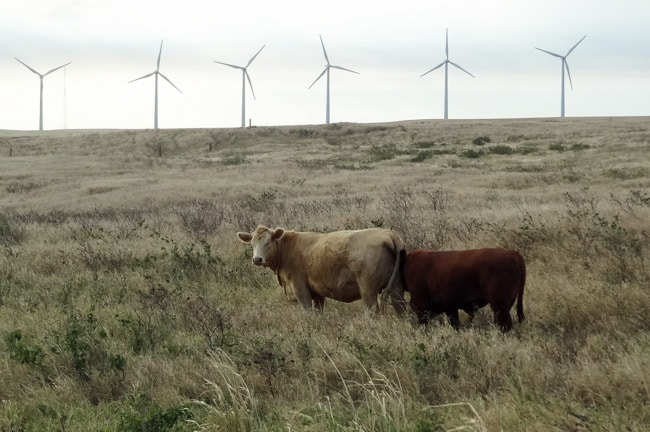 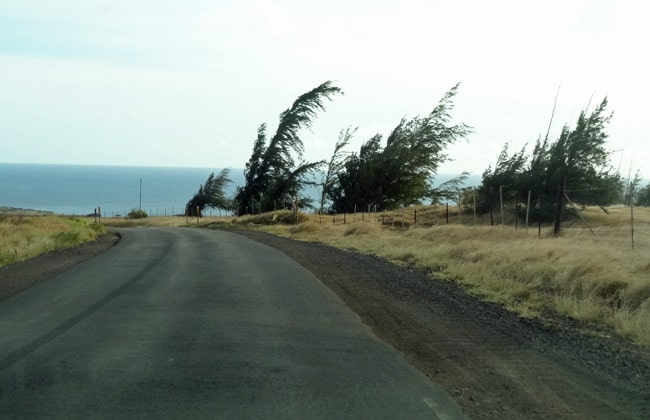 Not far from Ka Lae is Papakōlea Green Sand Beach, one of a handful of green sand beaches in the world. Some folks drive down toward the southernmost point and then hike over to see the green sand (there’s no road that will take you all the way there.) 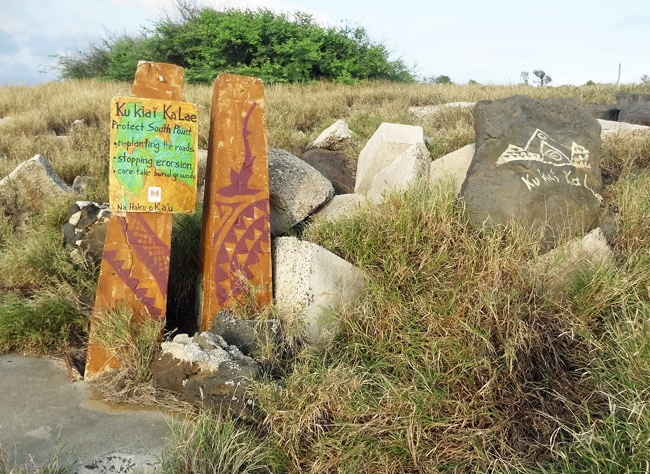 The other big attraction here is the cliff diving. On calm days, locals will gather and plunge 40 feet from the rocks into the ocean. There’s a ladder attached to the hillside so jumpers can get back up. The signs state that cliff jumping is prohibited, but nobody seems to be enforcing that rule. 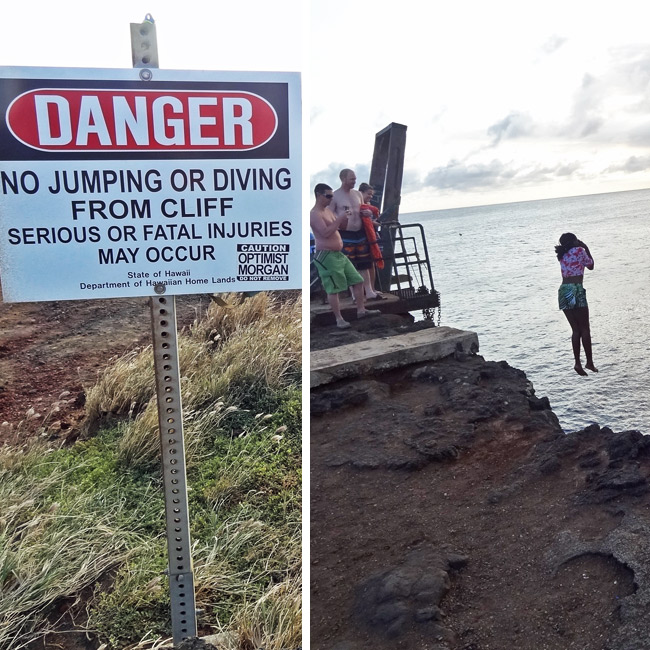 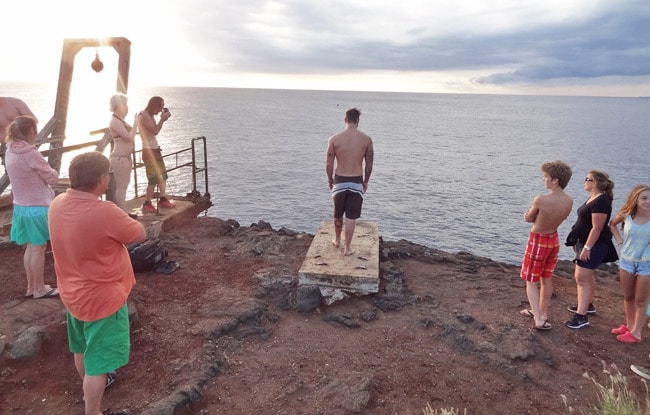 I wasn’t going to participate in the cliff jumping, but watching it was fascinating. You’ll spend anywhere from 15 to 60 minutes here, depending on how much of the diving you care to watch. 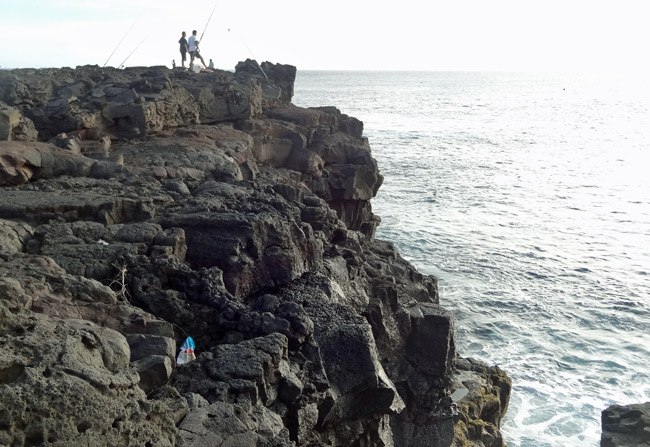