Several summers back, I was just a van-driving road tripper with no travel blog, no smart phone, and no time to research. So I showed up to the Redwood National Park visitor center and asked the rangers what to do and see.

After speaking with the helpful folks behind the desk, my top priority was to search for the herd of elk that periodically appears along Route 101. They’ve been spotted today!, I was informed. So I sped off in my conversion van to track them down.

This was before I had been to Yellowstone or to Alaska, so I had never seen elk in person. It didn’t take long to find the pack. Score! 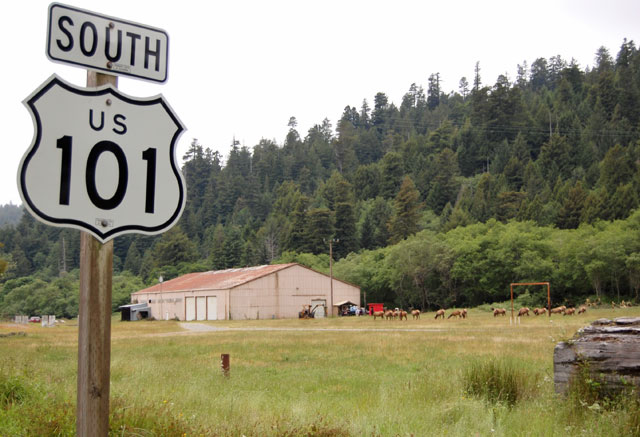 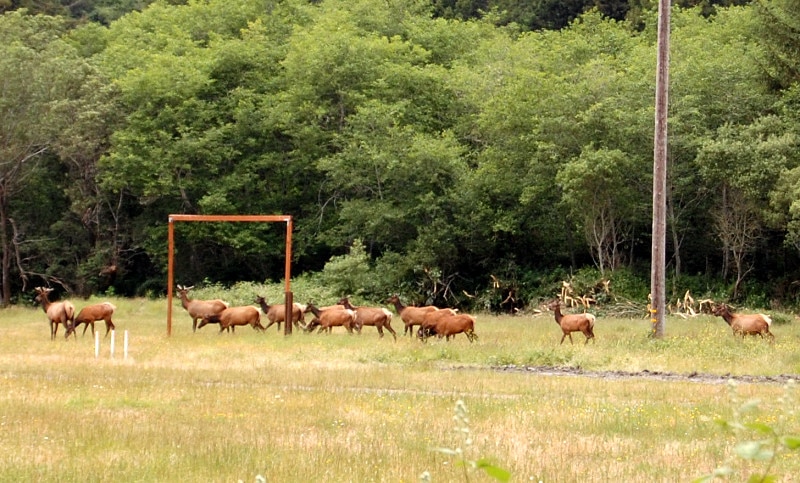 They were all females. From a distance, as they stopped to eat grass, the view was mostly elk butts in the air.

As I continued along the road, I spotted a lone male hanging out on someone’s property. Imagine living in a place where elk were regular visitors to your front yard! 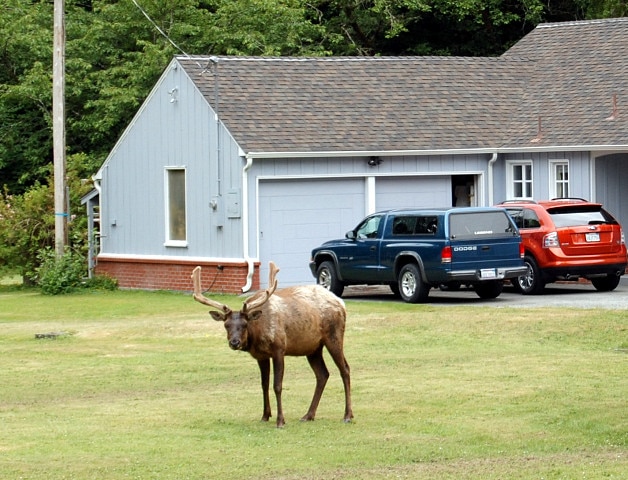 The elk in the Redwoods are mostly Roosevelt elk. The NPS advises that elk are most often seen south of the Klamath River in Prairie Creek Redwoods State Park, Gold Bluffs Beach, along the Bald Hills Road, and in the Orick area

Elk were the only major wildlife I saw during my time in the Redwoods, but you can also do some whale watching if you come during the right season! In November-December and March-April, you may be able to see gray whales migrating. Bring binoculars and try Crescent Beach Overlook, High Bluff Overlook, and Gold Bluffs Beach.

My Redwoods drive took me through the national park, plus Redwoods State Park and some non-park ocean coastline on Route 101. The views were so cool along the shore. 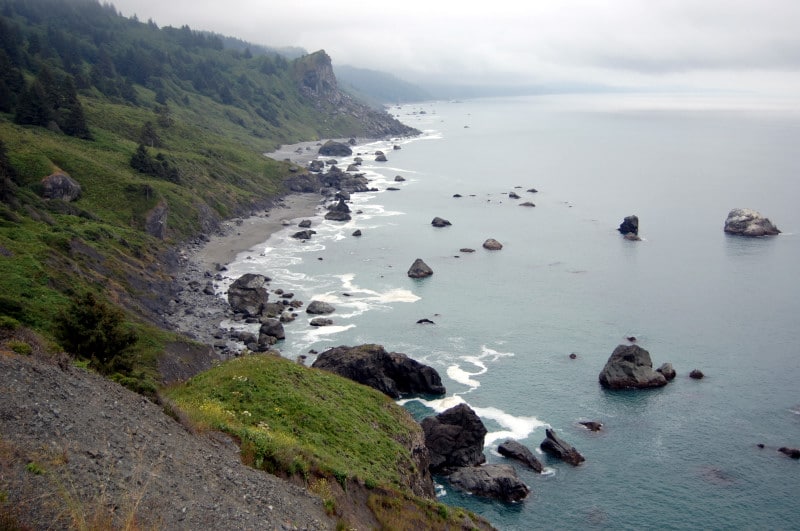 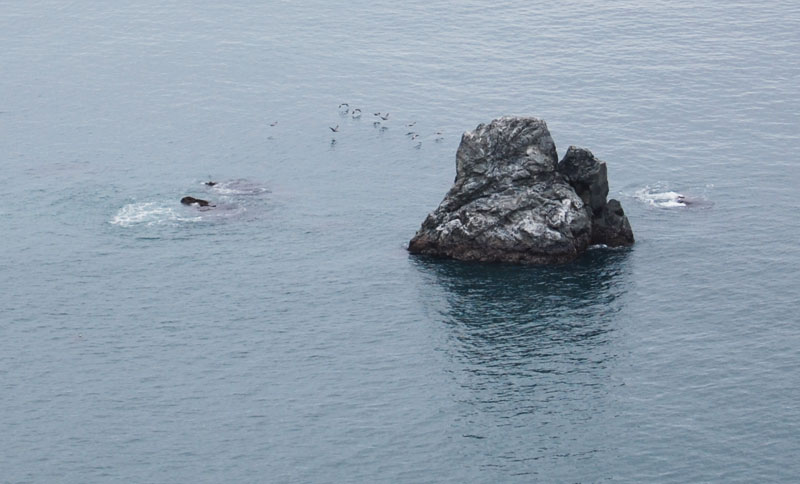 Oh, did I forget to mention that my magic van was capable of driving in the ocean? At least my GPS thought so. 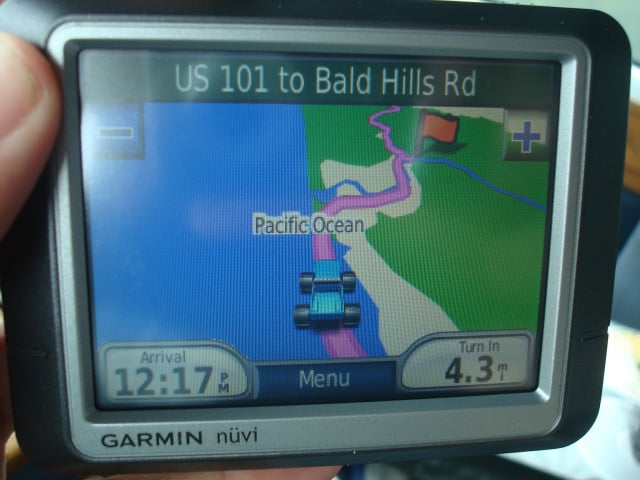 I was surprised to discover a secret World War II radar station in Redwood National Park. The station consisted of buildings that were built to look like modest farmhouses but actually housed radar, just in case the Japanese decided to try to attack California during WWII.

Workers at the station reported to a communications center in San Francisco, which was prepared to send out fighter planes if any enemy aircraft were spotted. 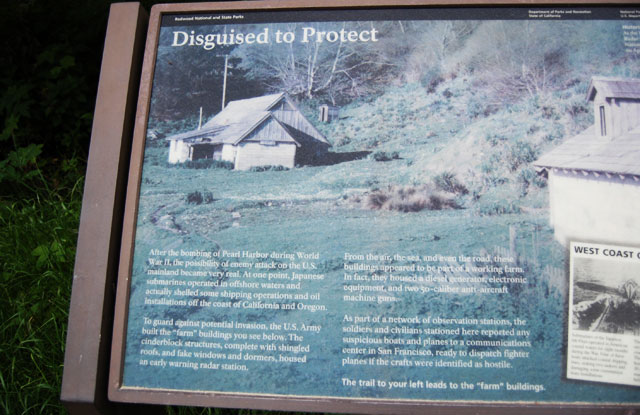 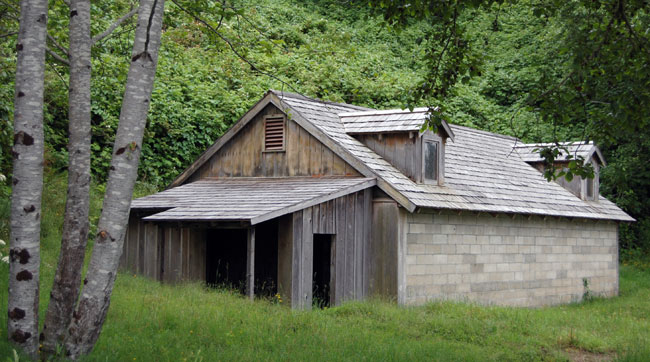 Oh yes, the other attraction of the park is the redwood trees themselves. It was difficult to capture the true size of these ancient, giant redwoods on film. A few of the trees were more than 370 feet tall. A trunk of one of the fallen trees was much wider than my wingspan. 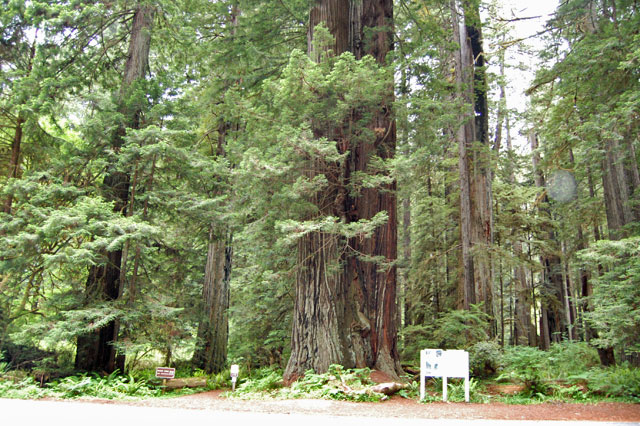 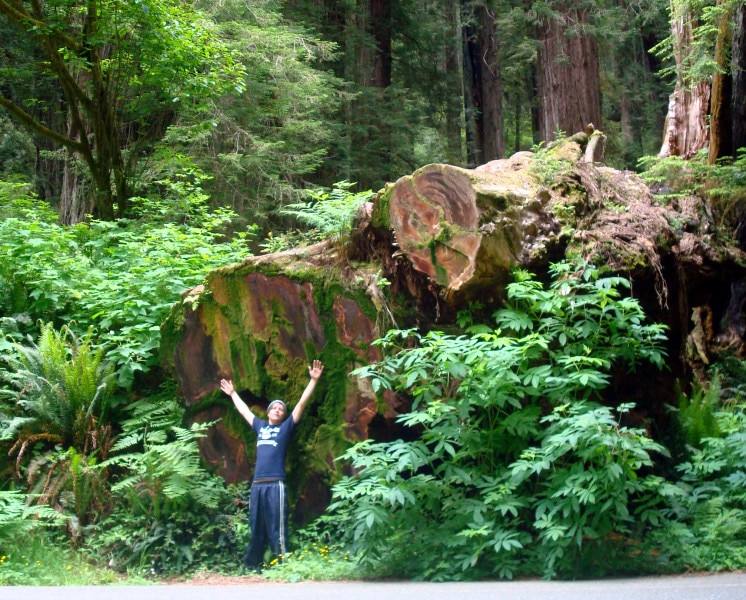 Some of these trees are so massive you could drive a car right through the them. No, really – the drive-thru tree is a common tourist attraction in northern California. 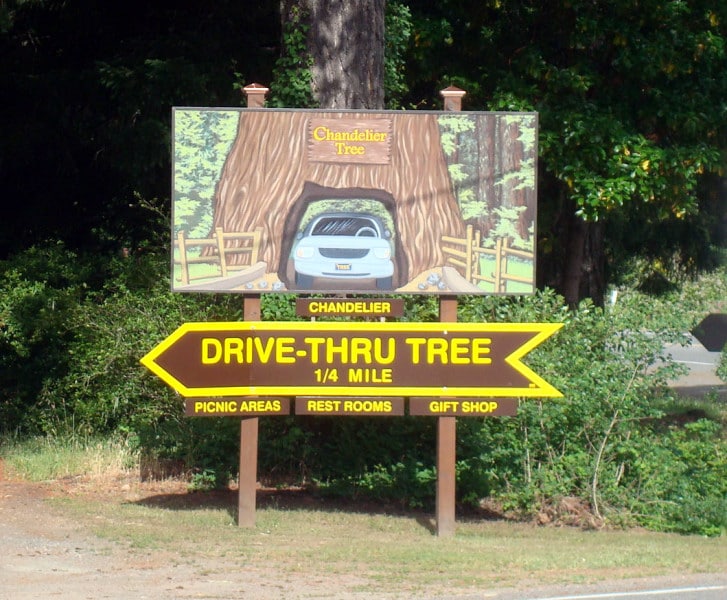 I was really excited to drive my van through this tree near the town of Leggett, but the van was too large to fit. They offered to let me drive around the tree instead, but I wasn’t going to pay if I couldn’t have the true experience. I’ll have to go back when I have a compact vehicle.

Would you visit the Redwoods to look for the elk or whales?