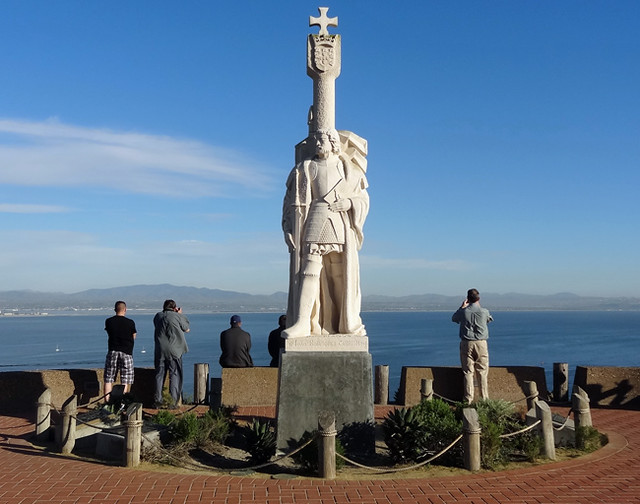 I get the impression that the Cabrillo National Monument may be the most underrated attraction in San Diego. Most of the locals I talked to had never even been to the site, but I found it to be one of the coolest spots in the city.

The monument is a statue of Juan Rodriguez Cabrillo, a Portuguese explorer who in 1542 landed in San Diego Bay to become the first European to reach the West Coast of the United States. But there’s so much more here than just a statue. It’s a great spot to watch for gray whales. There’s a hiking trail. You can explore an old lighthouse built in 1855. And you get some killer views of San Diego.

The monument sits at the southern tip of the Point Loma Peninsula. The site is open everyday except Christmas, though it closes early each day (usually by 5 pm.)

As of 2020, the entrance fee is $20 per vehicle. That’s quite an increase from the $5 I paid the first time I visited a decade ago. But if you’re into history and scenery, a trip to the Cabrillo Monument is one of the best things to do in San Diego.

The Cabrillo National Monument and Lighthouse in San Diego

The visitor center provides information about the site and models of Cabrillo’s ships. 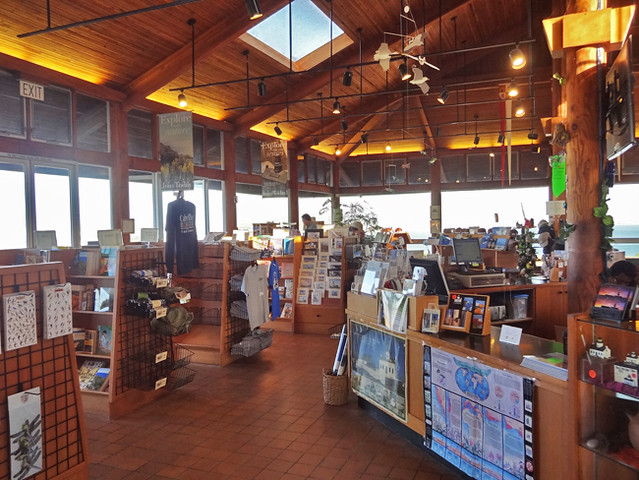 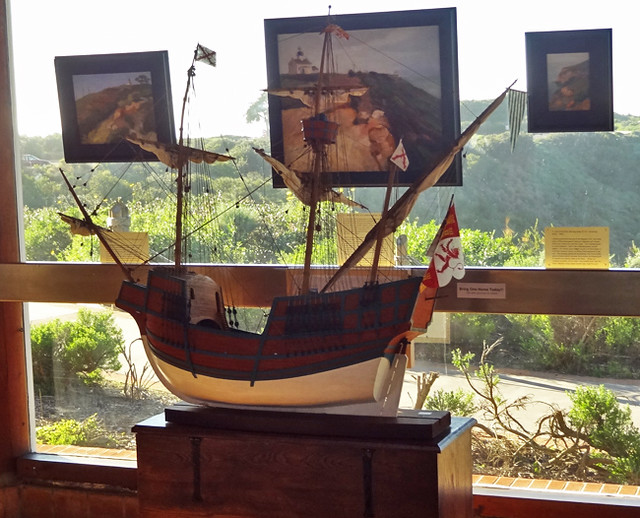 The Cabrillo statue itself is a limestone monument that stands 14 feet tall and depicts the explorer in a regal pose. 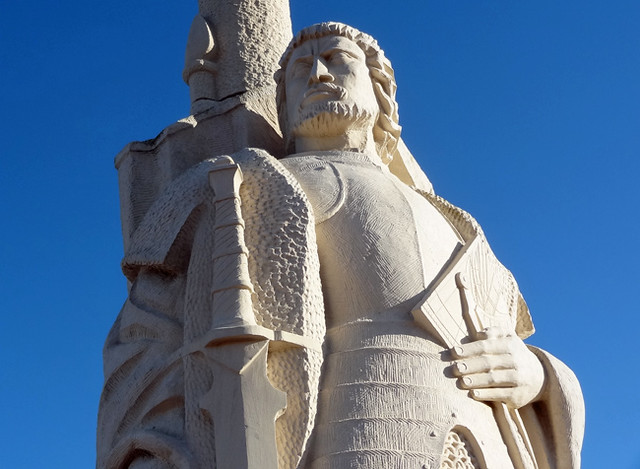 Plenty of tourists gather around the monument for cool pics, but those only take a couple of minutes to get, so once you get your winning shots, move on to the Old Point Loma Lighthouse. 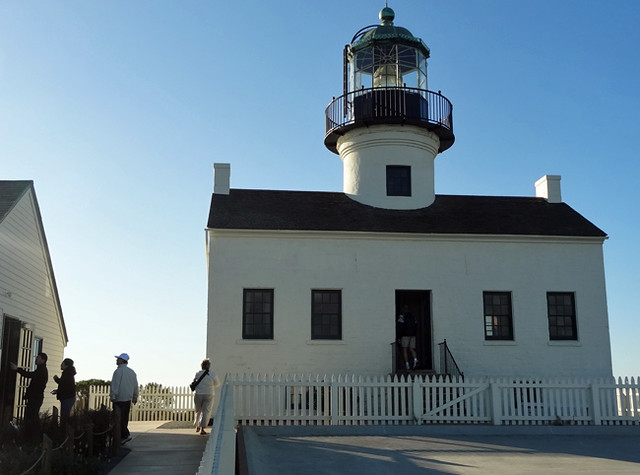 The lighthouse was built to guide ships in 1855, just five years after California entered the union, but it lasted for only 36 years because it was positioned too high on the hillside and its light was often being obscured by fog and clouds. Oops! (I like how they stuck with it for 36 years anyway.)

The interior of the lighthouse has been restored to its 1880s appearance and guests can go inside and check it out. Climb up the spiral staircase to the top of the structure! 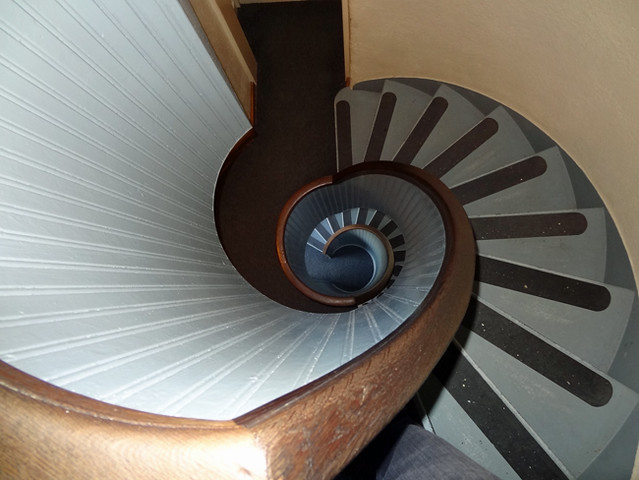 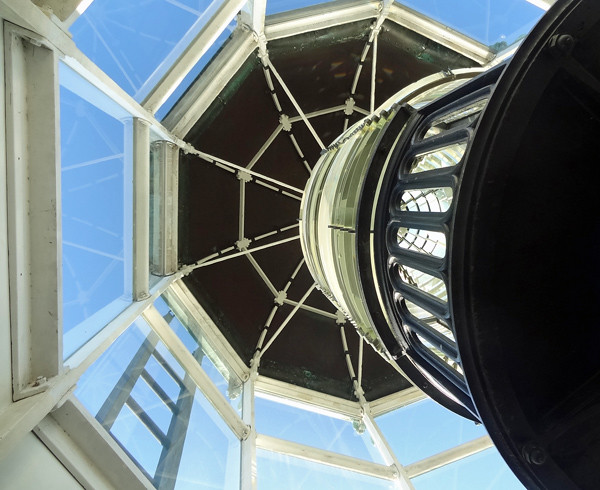 There’s also a New Point Loma Lighthouse, which means there are multiple San Diego lighthouses at this location! The new one was built in 1891 and isn’t quite as cool to look at as the old one, but it’s still worth checking out.

The Cabrillo monument site is also home to a whale overlook. In the winter, visitors can spot migrating gray whales off the coast. Bring your binoculars! I visited the monument earlier this year, before I ended up seeing killer whales in Alaska, so when I stopped by here, I had still never seen whales in my life. Did I manage to see any? Sort of… 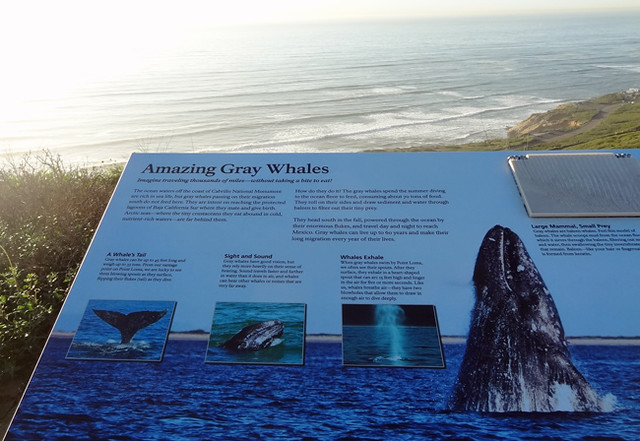 I stood on the platform and zoomed in as far as I could with my camera, and lo and behold, I spotted some water spouts shooting into the air a mile or so offshore. I could never actually see any whales because they were too far away, but seeing their blowhole discharge has to count for something, right? 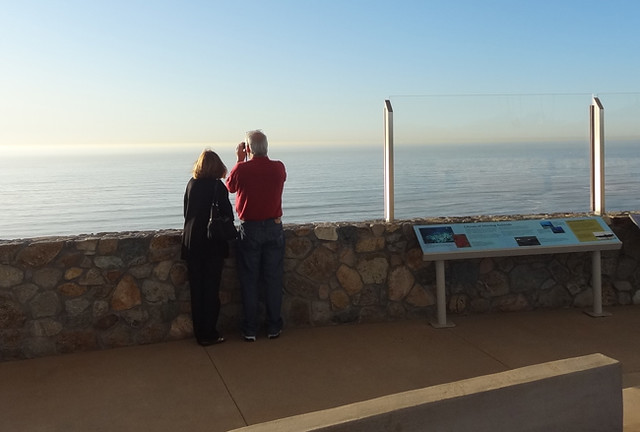 What gives you the best chance of seeing whales at Cabrillo Monument? One tip: Look for boats. Tour companies offer whale-watching excursions in the bay and along the coast, so if there are whales passing by, you can bet the boats will be right there with them. Look for small, slow-moving vessels hanging around in the area, and you just may see some whale activity.

Failing that, just ask the guy next to you with the binoculars if he sees any whales. 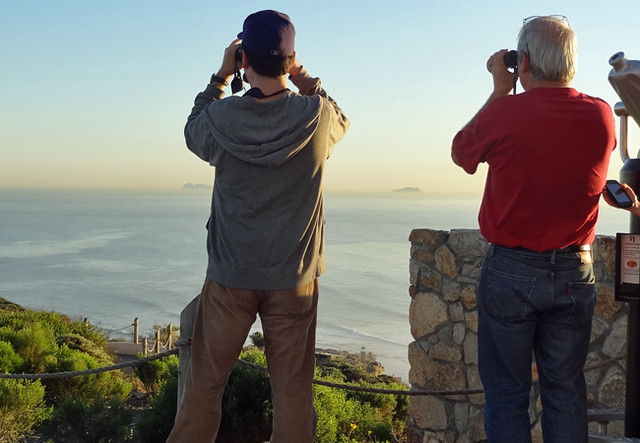 Views from the Cabrillo Monument

Clear days offer a view to the south into Mexico. On the north, you can sometimes see the mountains near Los Angeles. In the harbor below, you can see the new lighthouse, as well as military ships and submarines heading to a naval base. 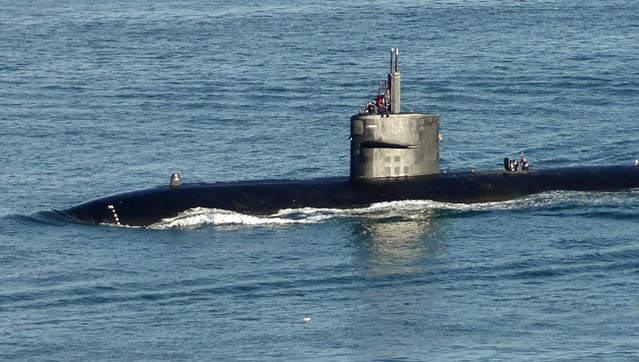 And you have the sights of the harbor and the city skyline. 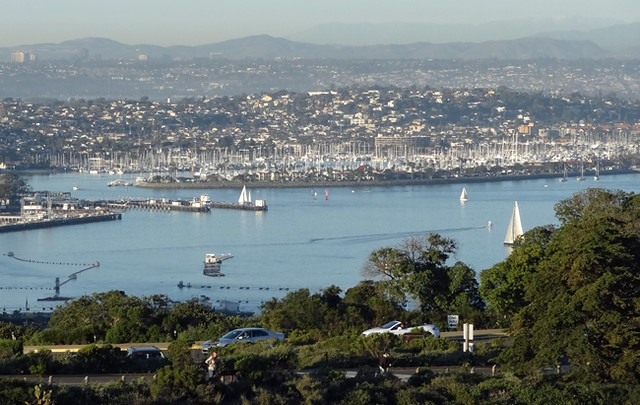 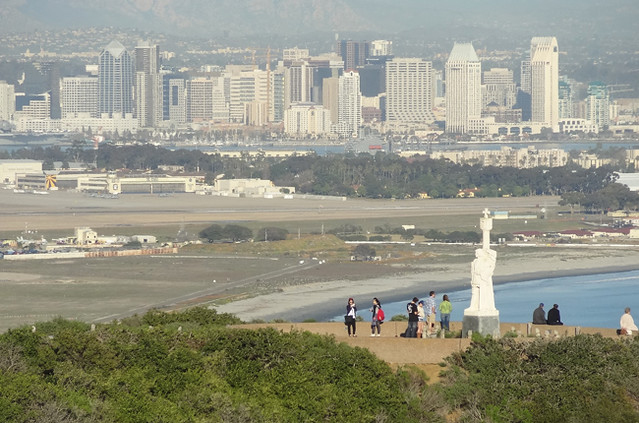 Finally before leaving, check out the Point Loma Tide Pools if you like. You can see shells and small marine animals among the rocks while you hang out here.

There are also multiple trails – the Bayside Trail and the Coastal Trail – if you want to take a stroll and take in the sights at a leisurely pace. The Coastal Trail is the one that provides access to the tide pools.

Would you visit the Cabrillo Monument to see the San Diego Lighthouse and Point Loma Tide Pools?