In 1863, the Star of India ship was built in Britain on the Isle of Man.

It’s kind of mind-blowing to realize that you’re standing on a vessel that first launched before President Lincoln delivered the Gettysburg Address. This thing is olddddddd. Walking around on the Star of India was one of the highlights of my visit to the San Diego Maritime Museum.

Much of San Diego’s existence has to do with water, from the beaches to the Navy submarines, but you’re doing yourself a disservice if you don’t stop by to check out these old ships. Consider adding the museum to your weekend in San Diego itinerary.

Here’s some of what you can expect to see at the Maritime Museum. 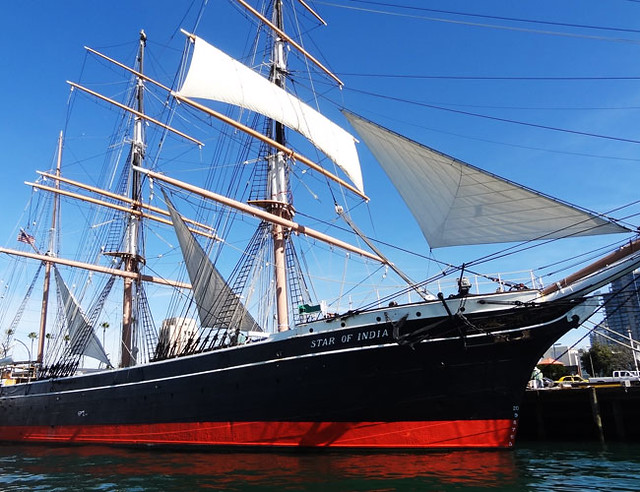 The Star of India is an official National Historic Landmark. The ship is still sporadically in use today, making it the world’s oldest active sailing vessel. It sails infrequently, and when it does leave port, it doesn’t go far and doesn’t stay away for long.

It’s like an aging dog that’s only able to take short walks in the backyard. But you still want it to get out there and allow it to have some freedom while it can.

The Star of India was initially used to sail from Britain to India and New Zealand. Later, it hauled supplies between Hawaii, Australia and the U.S. mainland, and later still it became part of a salmon hauling fleet between Alaska and California. So you know this thing has logged a ton of miles. Actually, way more than a ton, if you stop and think about it. Thousands. Millions?

The ship was retired in 1926 but was restored in the ’60s and became part of the Maritime Museum. The ship has been featured on the show Ghost Hunters, although I’m not buying the notion that it’s haunted. 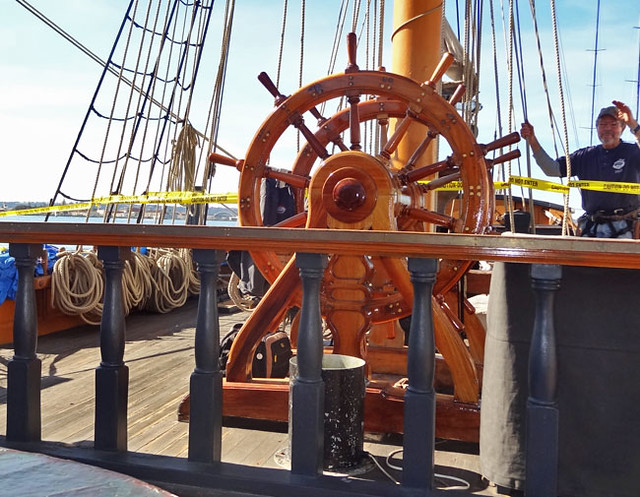 Other sights at the San Diego Maritime Museum

As cool as the Star of India is, it’s just a small part of the fun here. With your admission, you get access to several ships. The Medea was one of my favorites. This 1904 steam yacht was used by wealthy elite travelers. You can step inside and see how the rich once lived. The furnishings are immaculate. Once in a while it’s fun to pretend that I’m part of the 1%. 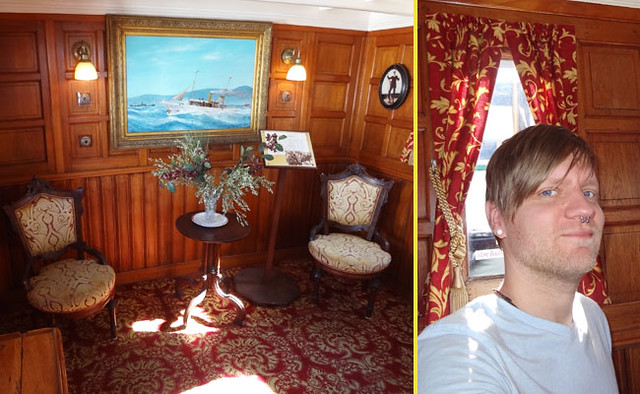 The retired USS Dolphin submarine allows guests to walk down inside a vessel that set a record for deepest dive by a submarine ever. It supposedly went more than 3,000 feet down in the ocean, setting a world record, but the exact depth is regarded as a “national secret,” so how do we really know it set the record? 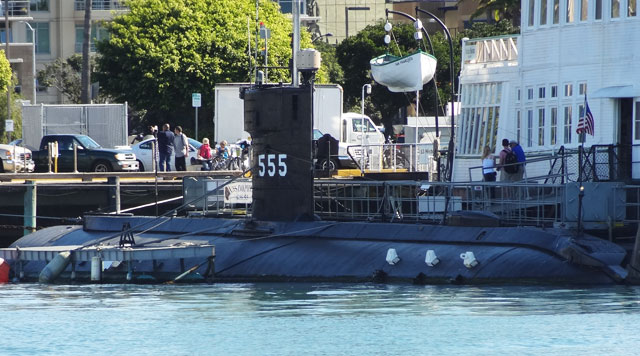 It’s very cramped working quarters inside there. Look through the scope! 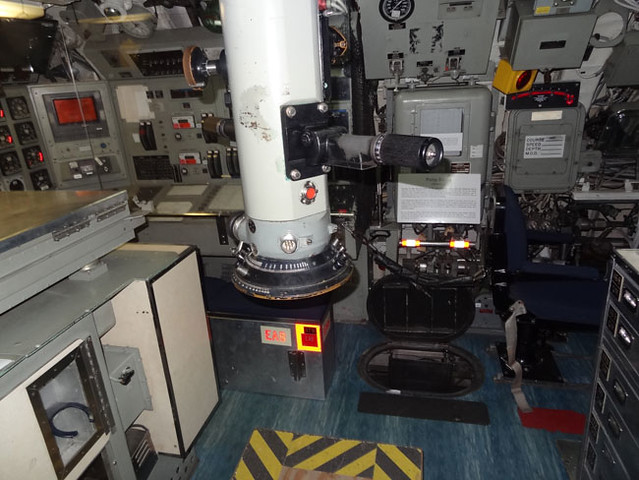 These bunks look comfortable, no? 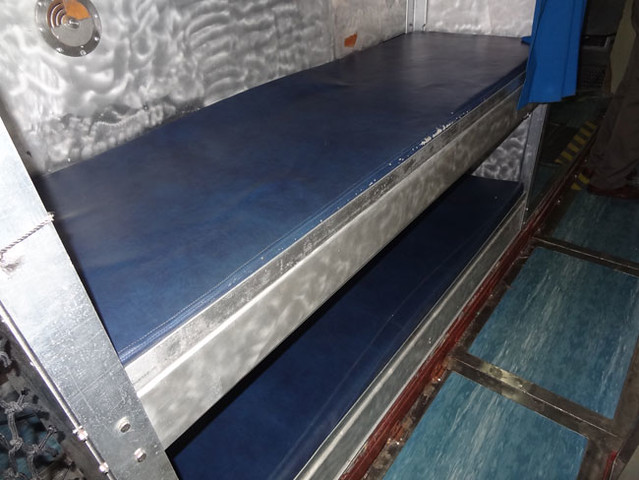 Also available for boarding is the Berkeley, an 1898 steam boat that ferried passengers across the San Francisco Bay back in the day. 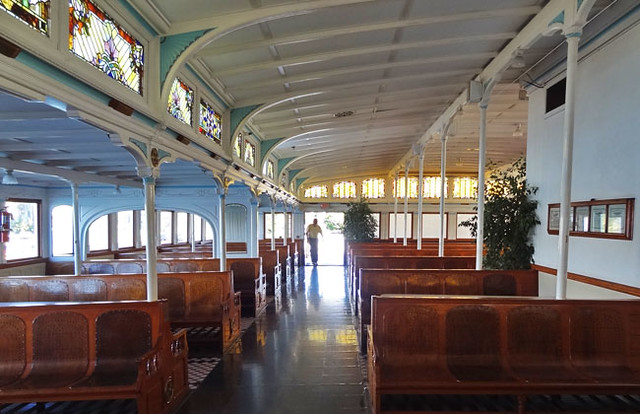 Besides all the ships, there is a proper “museum” section here, with exhibits and artifacts. Nothing to write home about, but they provide some good background for those of us without much boating knowledge. 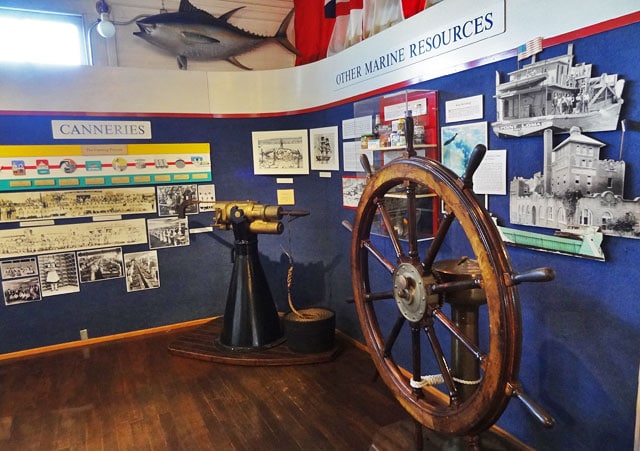 Oh wait, did I not mention that museum attendees get a boat ride as part of their visit? Silly me, burying the lead! I visited early on a weekday, which meant that our group was small as we boarded the Pilot, a restored 1914 vessel. 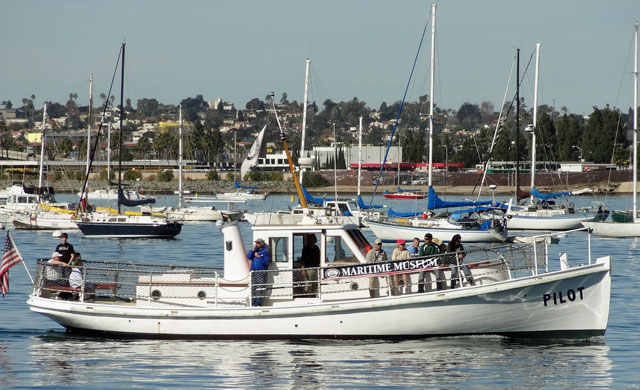 I channeled T-Pain, humming “I’m On a Boat” to myself as we sped around the bay. From the water, San Diego looks like a tropical paradise. 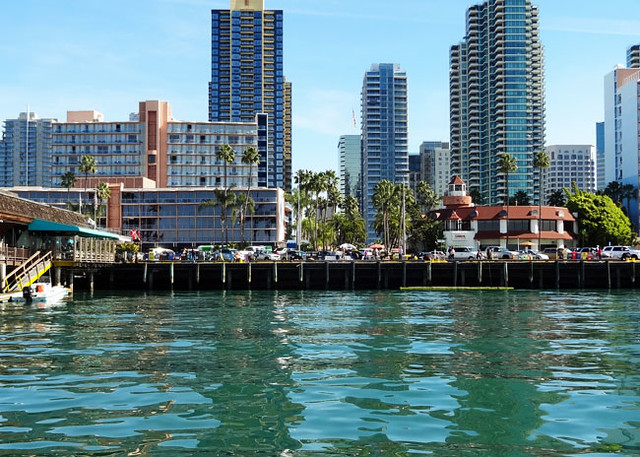 Any city skyline always looks better from the water. 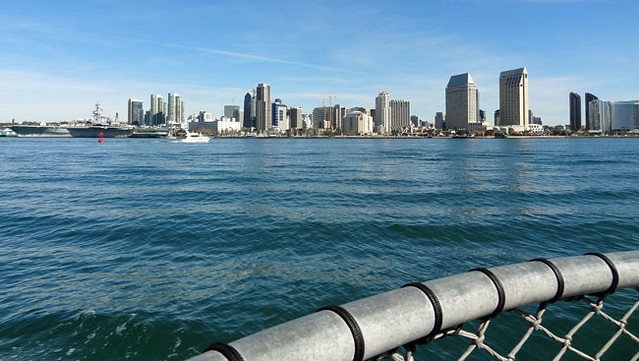 I love these rounded skyscrapers. If I recall the tour guide’s words correctly, I think the two modern condominium buildings on the right were designed to look like lighters, but I’m not sure why. 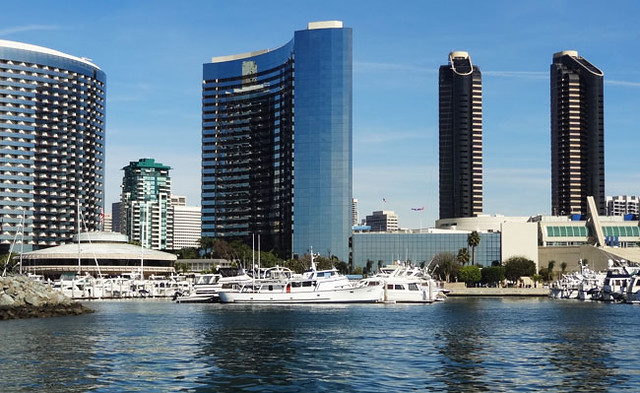 A view of the imposing Coronado Bridge. 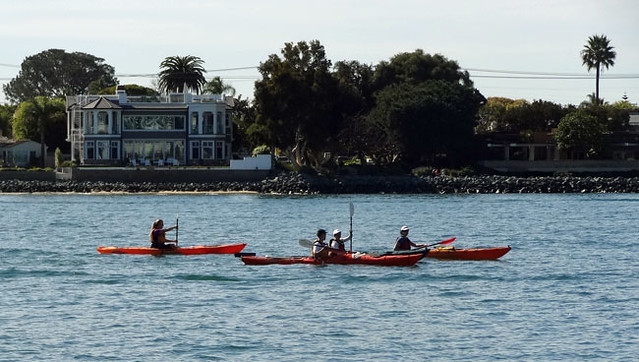 The voyage took us right beneath the massive USS Midway, an aircraft carrier first used right after World War II. You can tour that craft if you like by visiting the Midway Museum. 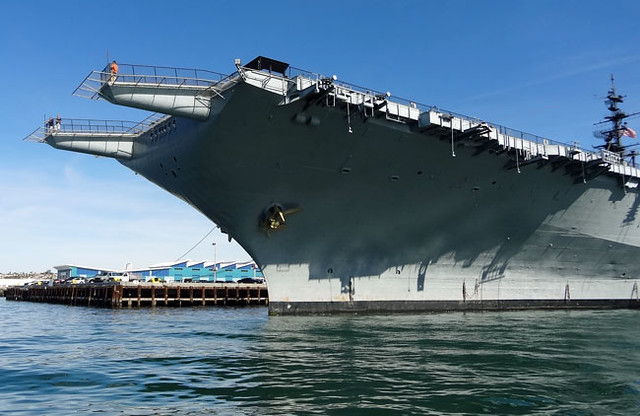 I highly recommend visiting the San Diego Maritime Museum – not just because of all the cool historic ships, but because of the nifty boat ride around the San Diego Bay, which is way cheaper than shelling out the big bucks for a bay cruise from one of the sightseeing tour companies. If you want a San Diego boat ride on a budget, this is your ticket.

For more on the city, check out our posts on the neighborhoods of San Diego, the La Jolla sea lions, and the Kissing Sailor and Nurse statue!