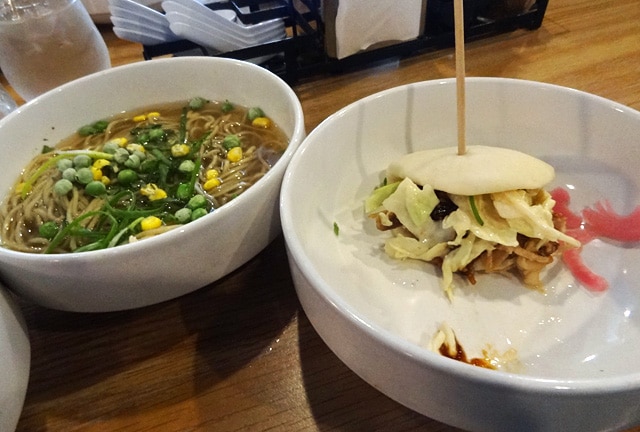 Let’s talk about foodstuffs. And not just because I enjoy using the word “foodstuffs.” This year I made an effort to keep a running tally of the best dishes and beverages that passed by my lips. So now, in addition to being able to write off all of these meals (just kidding, IRS), I can present this rundown of the 10 best things I ate and drank in 2013.

If you’re new around these parts, I should warn you: I’m not a hardcore foodie. I appreciate a good fast food French fry just as much as five-star cuisine, and you’ll see that reflected in my choices. Let’s go!

I discovered many amazing things in the Yukon, but I can’t say great cuisine was one of them. That’s understandable, since local produce is harder to come by when there’s such a short growing season. At most places, it was difficult just to get a decent side salad with fresh lettuce. But one restaurant in Canada’s northwestern territory that does in fact use locally-sourced ingredients during the summer is Klondike Kate’s, where I sampled a little of everything, including a BBQ pork sandwich, black beans, pulled chicken, and sweet potato fries. If I ever make good on my desire to live in Dawson City for a year, I’ll be spending a lot of time at Kate’s. 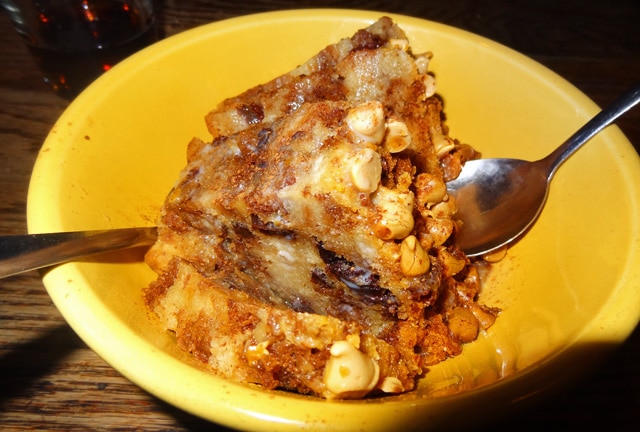 Bread pudding isn’t necessarily my favorite dessert, but throw in some white chocolate chips, and now we’re talking. This rich treat was a great way to cap off a nice Irish meal at Fiddler’s Hearth in South Bend, Indiana. After a filling dinner of fish & chips, you may need a friend to finish this large dessert. 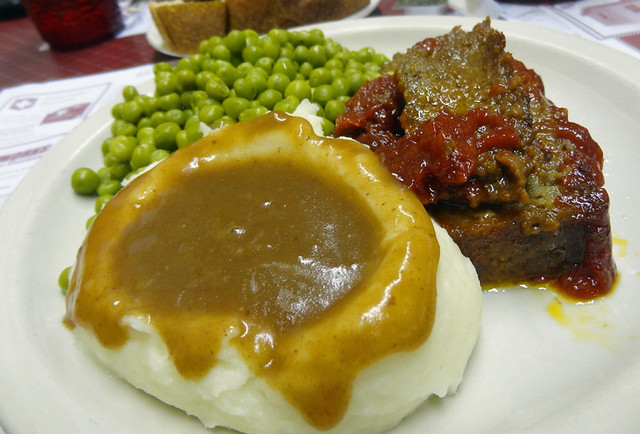 Boyd & Wurthmann is one of many family restaurants in Berlin, Ohio, the heart of Amish Country. They serve homestyle meals prepared by local Amish cooks. This simple dinner of meat loaf, mashed potatoes and gravy, peas and bread was hearty and rich and reminded me of the Sunday afternoon meals Grandma used to make. They also had more than a dozen varieties of homemade pies, so of course I had to indulge. You can never go wrong with coconut cream!

READ NEXT
KICC Nairobi: Visiting the Rooftop of One of Kenya's Tallest Buildings 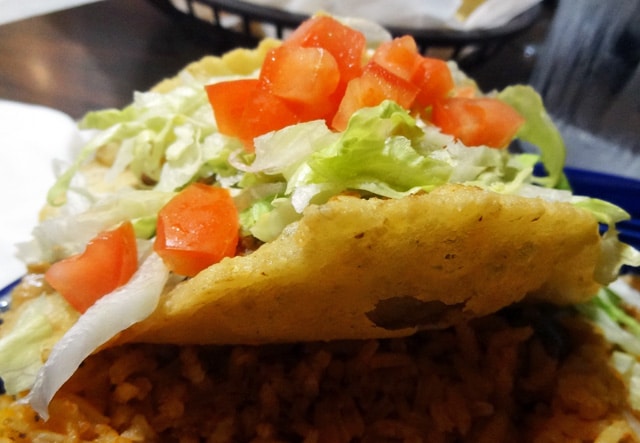 I ate a lot of Tex-Mex while in southern Texas, but I especially enjoyed dinner at Henry’s because of the novelty factor. The center of the meal is the restaurant’s signature puffy taco, an unusual fluffy contraption that is neither crunchy nor soft. It’s sort of like a fancier version of the Taco Bell chalupa, and it’s tasty. Don’t tell anyone, but I actually enjoyed the gooey, cheesy enchilada even more than the puffy taco. 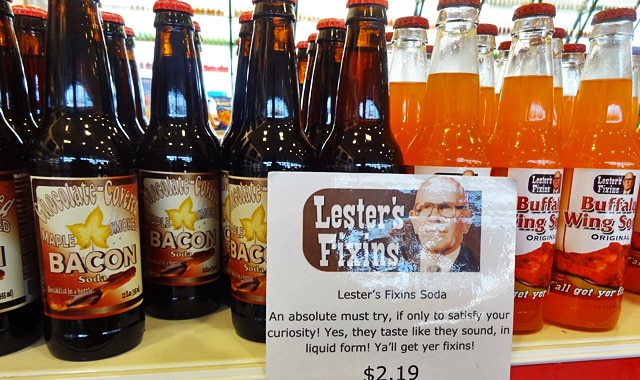 Pops is the coolest little shop on Route 66 in Oklahoma. They serve up hundreds of different kinds of soda. Name a flavor, they’ve got it, including: Lemon Meringue Pie, Pear, Peanut Butter & Jelly, Sweet Corn, Coffee, and Sopranos Chianti Soda. While certain flavors (Buffalo Wing) were repulsive, the winner in my unofficial taste test was Chocolate-Covered Maple-Smoked Bacon, which tasted exactly like it sounds. It’s a fizzy chocolate drink with hints of syrup and bacon. 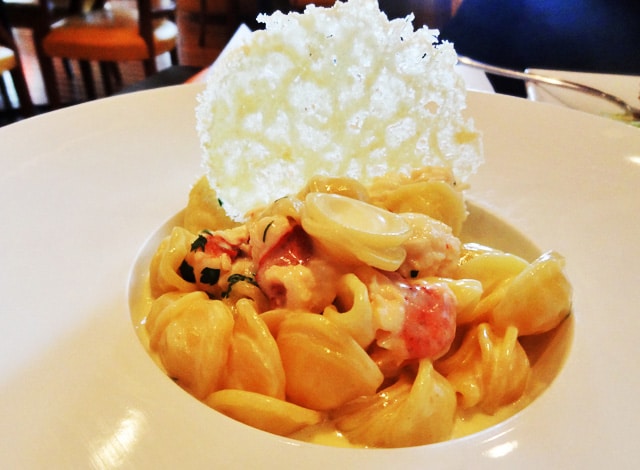 A few of the items at Latitude 41 could’ve made this list, including the beet salad and house-made pizza. But my favorite was the mac & cheese, which transformed the traditional kids’ favorite into something special with the addition of lobster, mascarpone and parmesan cheeses, chives, and orechiette (“Little Ear”) pasta.

One of the most well-known barbecue places in KC is Gates, which I was fortunate to visit in March. Our table was loaded with BBQ chicken, ham, shredded beef and ribs, with fries and beans on the side, though I spent most of my time on the chicken. The sauce was just perfect, providing a nice kick without being too spicy. 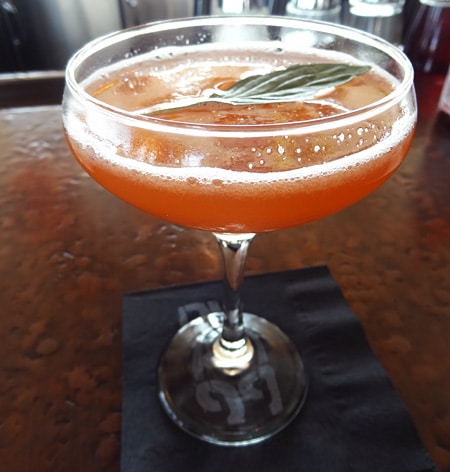 This delicious concoction at Plat 99 inside the Alexander Hotel was made from mezcal and tequila with Thai basil, strawberry, lemon, and a balsamic honey reduction. The 38 East triumphed over a number of excellent cocktails I tried in Indy, including the Rose Nylund at Libertine and the John Daly at Bluebeard. 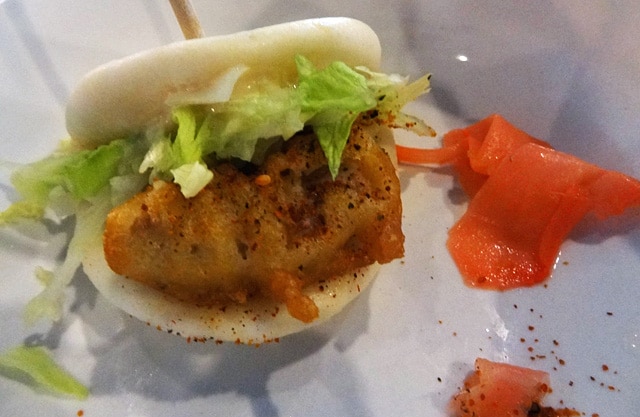 The steam buns are Noodlecat’s version of Japanese-themed sliders. Soft Japanese white bread is folded over into a mini sandwich, and filling options include pulled pork, fried chicken or pork cutlet, tempura perch, and tempura veggie. I selected pork and chicken options, both of which were topped with dressings and served with slivers of carrots and other veggies. I could eat these all day.

Jeni’s is known for its cool branding and creative flavors, which is why its store on Columbus’s Short North neighborhood is always packed. Even late on Friday and Saturday nights while most folks were out drinking, there’s a dedicated crowd inside gobbling down scoops of flavors like “whiskey & pecans” and “goat cheese with red cherries.” 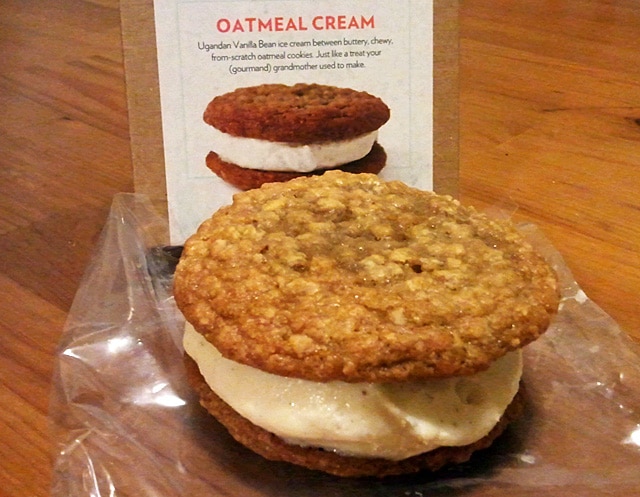 The oatmeal cookie ice cream sandwich at Jeni’s was one of the most amazing frozen treats I have ever consumed: Two rich, chewy, buttery homemade oatmeal cookies with a healthy slab of Ugandan Vanilla Bean ice cream in between. The sandwich is chilled so the ice cream doesn’t ooze out the side when you take a bite, which is typically the problem with homemade sandwiches like this. Take it from an ice cream expert – it doesn’t get much better than this.

Now that Jeni’s has opened a Chicago location, I’m afraid I will have to spend a great deal of time and money on these sandwiches. And I am going to enjoy it.

What was the best thing you ate this year?