Every city has street art, but the murals on Kansas City buildings are especially cool because a lot of them honor the city’s jazz music legacy.

While visiting Kansas City, Missouri, I found an abundance of cool art pieces around the city. Some were found in renowned museums, while some were on the side of buildings. Read on to learn about where to get Instagram-worthy pics of the best Kansas City art!

These old scenes in the cultural 18th & Vine District portray some of jazz music’s big stars, like Billie Holiday and Charlie Parker. 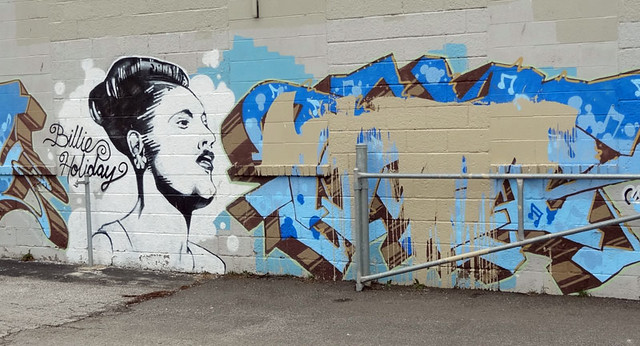 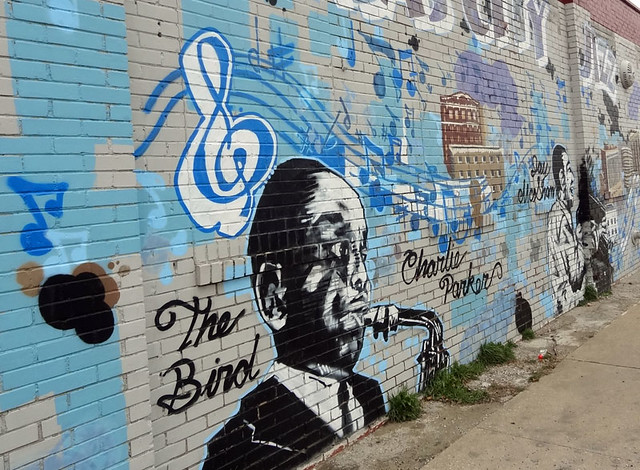 Elsewhere in 18th & Vine, silver musicians are included as part of a larger art piece behind the building that houses the Negro Leagues Baseball Museum and the Jazz Museum. 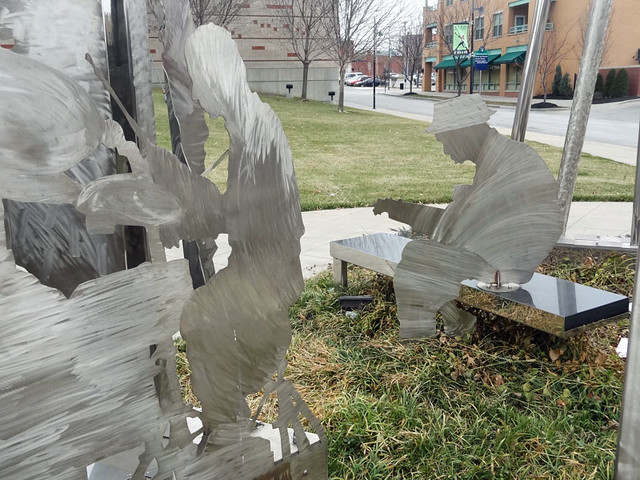 Another unusual statue back there is this bear, which someone had dressed for the chilly winter weather. 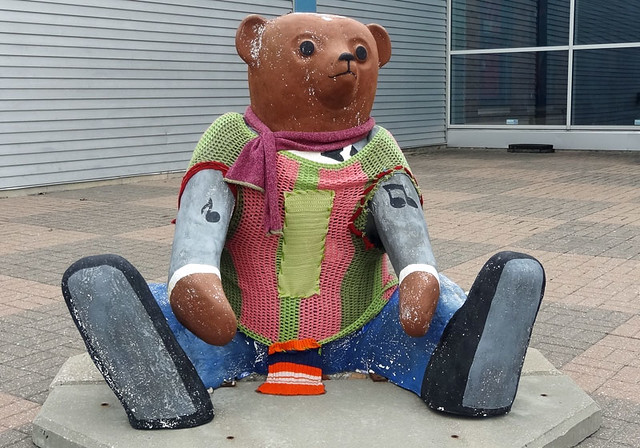 And Charlie Parker makes another appearance with the 10-foot “Bird Lives” bronze statue, titled in honor of his nickname and dedicated in 1999. 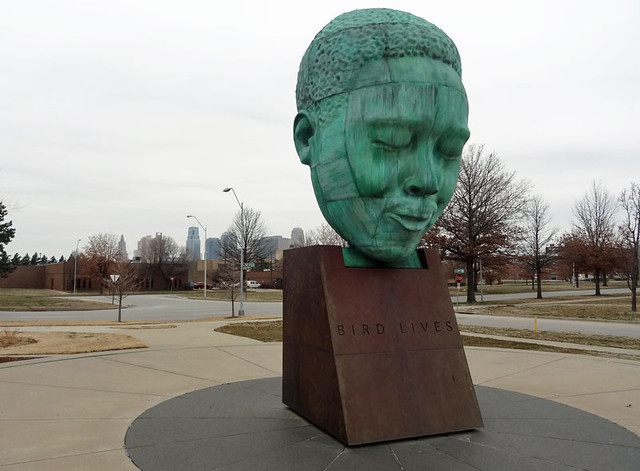 This jazz cow I’ve mentioned before is another cool art piece in the middle of the district, right in front of the Gem Theater. 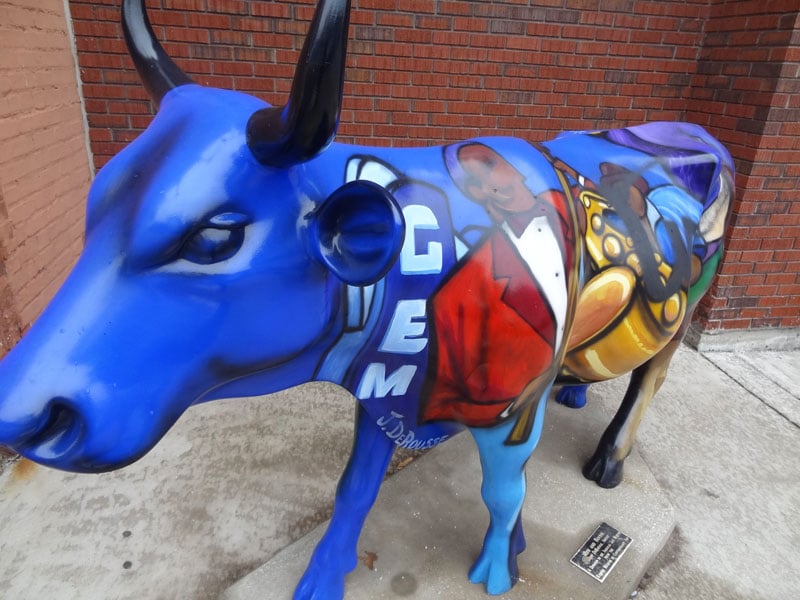 This 12th street design is traditionally classic. That would be obvious even if the mural didn’t tell say so. 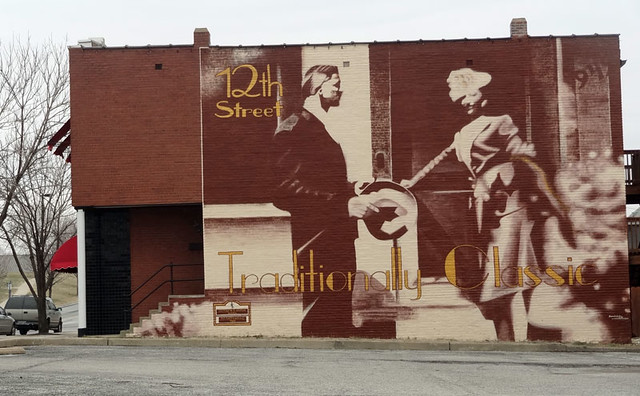 The most eye-popping art I saw came from the Kultured Chameleon gallery. 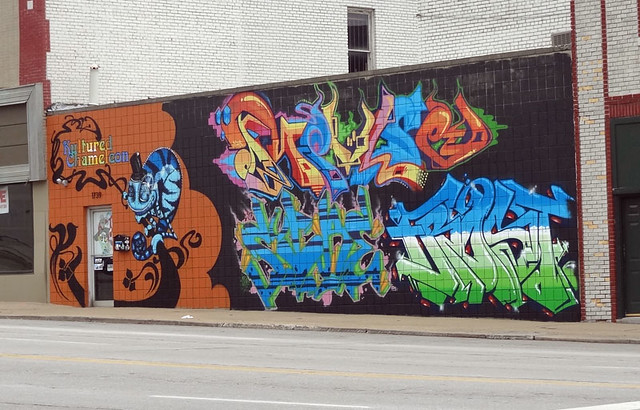 For more of the best street art in Kansas City, make sure to visit Art Alley. It’s in the Crossroads Art District, which also houses some of the city’s best art galleries. Here’s a list of more public art pieces in the KC.

I walked past this structure a few times before I realized the waves were intentional. At first, I thought it was just a big curtain covering up construction in progress. Turns out it’s an artsy design! 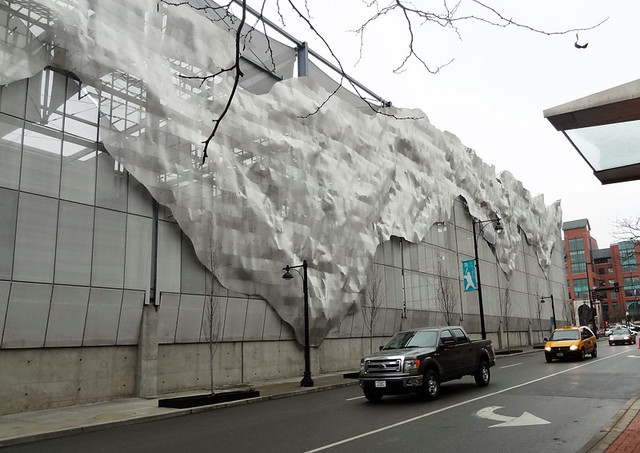 For a more refined and cultured collection of art, the Nelson-Atkins Museum is the place to be. 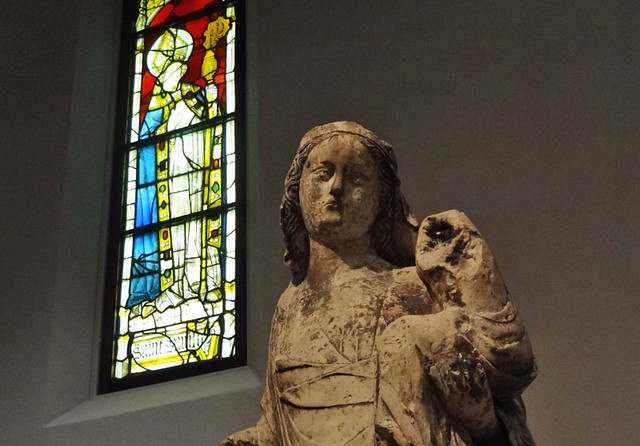 These figurines are amazing. They are funerary figures from China in the 800s. They were displayed on carts during funerary processions and were believed to help the dead in the afterlife. 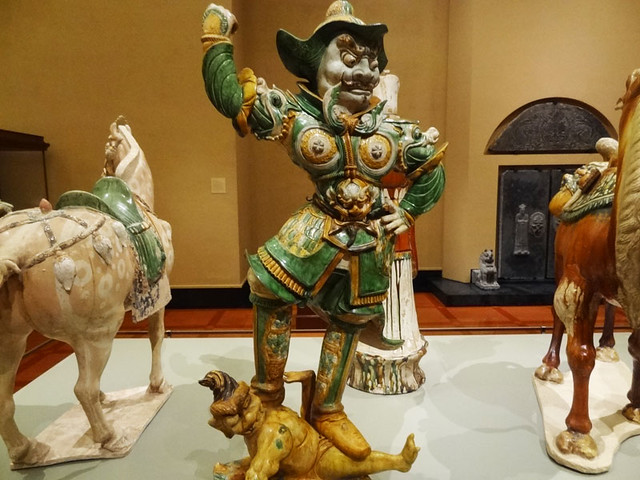 No art museum would be complete without some colonial era artwork. 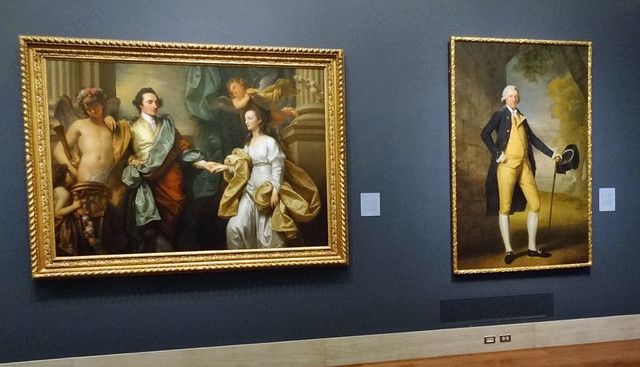 This is one of the coolest pieces in Nelson-Atkins: “Hotel de France,” an oil painting from 1928 by American Stuart Davis. The colors stand out, even if you don’t look closely enough to realize that the red is a pubic urinal and the green is an advertising kiosk. 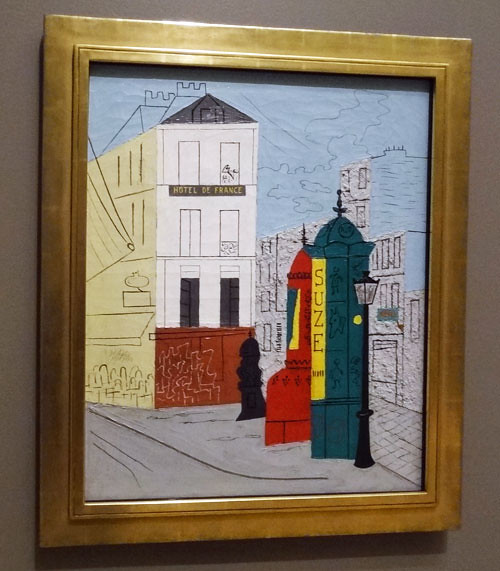 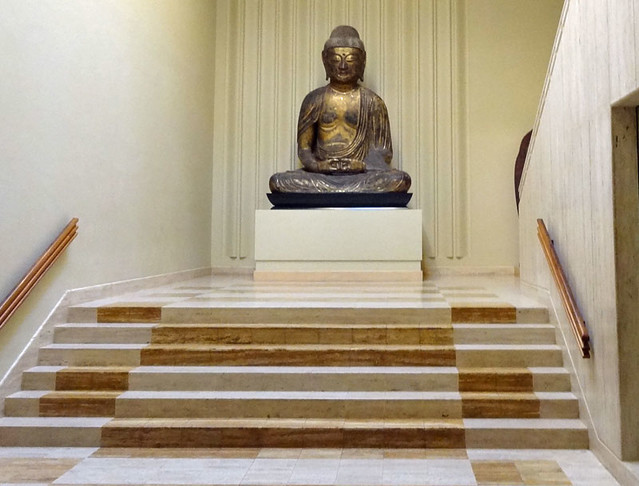 And don’t forget about the giant shuttlecocks outside the Nelson-Atkins Museum! 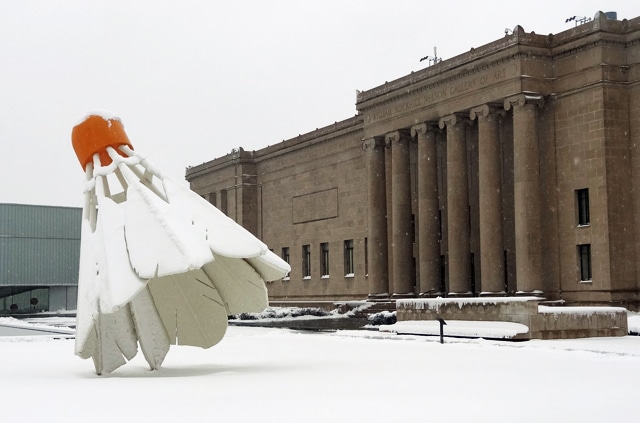 It’s a short walk over to the Kemper Museum of Contemporary Art, where a giant spider stands guard at the entrance. 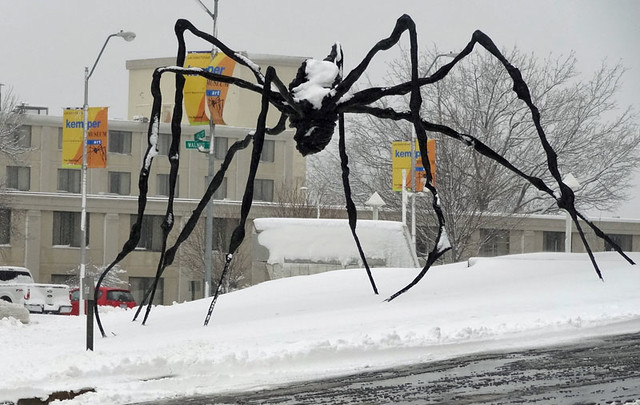 The Kemper is small but has some interesting collections, like the “Iconic Moments” gallery, featuring Roger Shimomura’s “Untitled” and this strange lounge chair wood carving. Imagine the time and attention to detail it would’ve taken to create this! 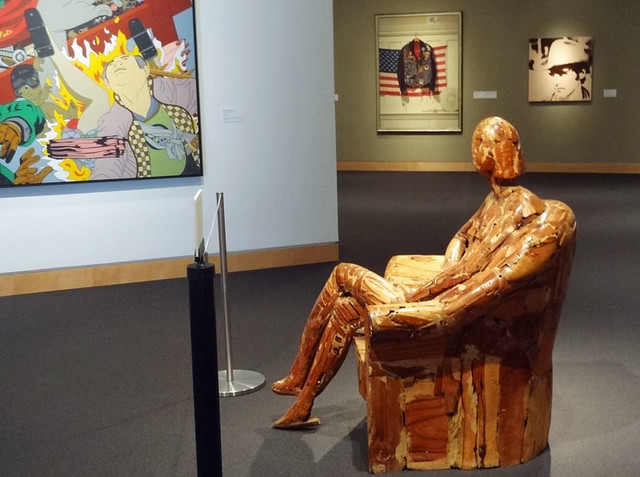 While Nelson-Atkins and the Kemper will get most of the attention from art lovers, there are some other Kansas City art museums worth visiting. The Museum of Illusions is a fun place with artwork that will make your head explode. Donald J. Hall Sculpture Park, the grassy area near Nelson-Atkins, has several nifty outdoor sculptures in addition to the shuttlecocks.

The National Museum of Toys and Miniatures has some really fun (but tiny) creations. The Jazz Museum in the 18th and Vine District offers visual art like historic posters, neon signs and album artwork. Even the Arabia Steamboat Museum, while not specifically an art museum, has a great collection of painted dishware and other items from the 1800s.

Art museums are a great activity during winter when the temperatures drop. For more ideas, check out our list of things to do in Kansas City in the winter.

Which piece of Kansas City art is your favorite?