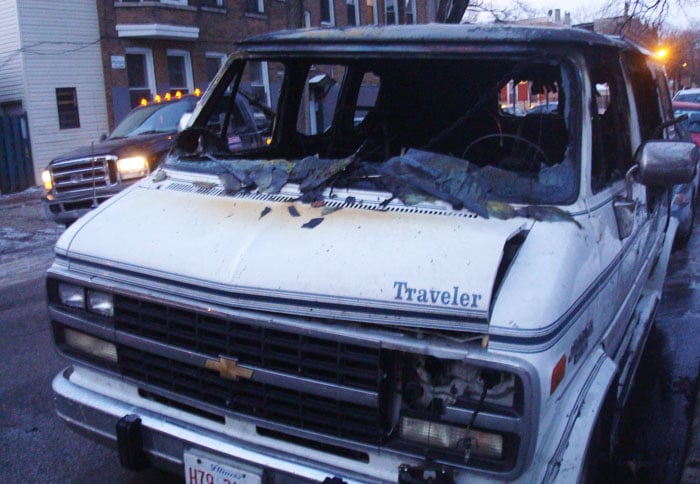 Last December, I was walking home, preparing for a flight out of town that day, when I looked over at my van and saw one of the doors slightly ajar. Nothing else looked wrong, until I walked over and discovered that the entire inside of the van had been burned to a crisp. Many of the windows had been blown out. The hood had been forced open by flames.

It’s very strange trying to comprehend the fact that someone has set your vehicle on fire and destroyed it overnight. It took a while to set in. It was a bizarre smell of burnt wires and metal. The vehicle and everything in it was ruined.

This was the view of the front seat. 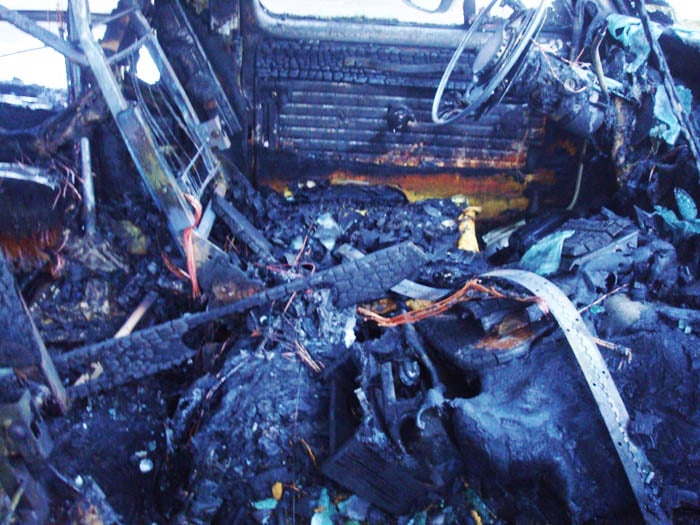 And just like that, the “Magic Van” that had taken me to all 48 lower states was gone.

Getting over losing my van

Oddly, I wasn’t broken up about losing my travel van. That’s because a few months earlier, it had been stolen, and even though it was recovered a day later, it was never the same. I know my vehicles like a mother knows her child, and I could tell something just didn’t feel right. Something in the engine was off. It felt like it was going to stall every time I stopped at a red light.

Because of that, I no longer trusted this vehicle to take me anywhere beyond the city limits, so I had already resigned myself to getting rid of it. The fire just sped up the process – and saved me lots of money in car insurance, to be honest.

I didn’t lose a whole lot of material things inside the van. The biggest item was a set of old golf clubs, which I miss, but I rarely get to play anyway. 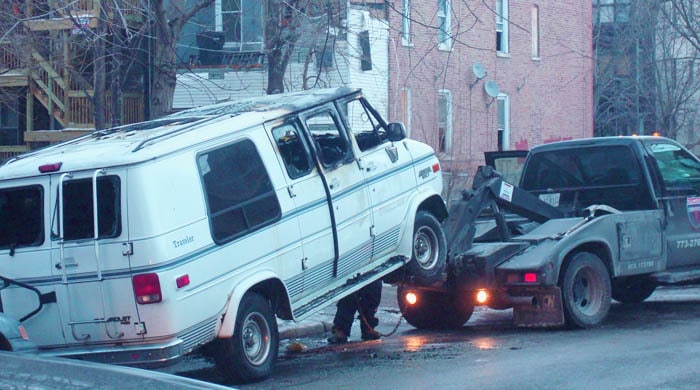 Also, the police did not bother to investigate either the car theft or the fire. The cop said he was marking the fire down as an “accident,” as if the van decided to set itself on fire at 3 in the morning. Had I been more clear-headed, I would have protested. But really, it didn’t matter. As noted earlier, I needed to be rid of the vehicle one way or another, so I let it go.

READ NEXT
A Summer Road Trip Through Canadian Prairies and National Parks!

The tow truck driver speculated it had been mistaken for a gang vehicle. In any case, if you’re looking to steal or blow up a car, come to Chicago- the police won’t even attempt to apprehend you!

Moving forward without a vehicle

I still have not replaced the vehicle. In Chicago, you can easily get around by foot and by bike. I do want to replace it with another vehicle, perhaps (cringe) an SUV. I know, they guzzle gas, but I need a vehicle I can sleep in.

Actually, my dream would be either a VW van or a super old-school mini Tioga. That will take many more months of plugging away at the freelance writing gig, but it will all be worth it to drive around in one of those!

The One-Year Anniversary of My Travel Van

Note: This is a separate article that has been moved into this one for archival purposes.

It’s been one year since my travel van was set on fire and destroyed. So this is an appropriate time for a photo retrospective, to think back on all the good times we had.

One of my favorite van trips was to the Badlands of South Dakota, where we saw the crazy rock formations and got to see prairie dogs and bighorn sheep up close. 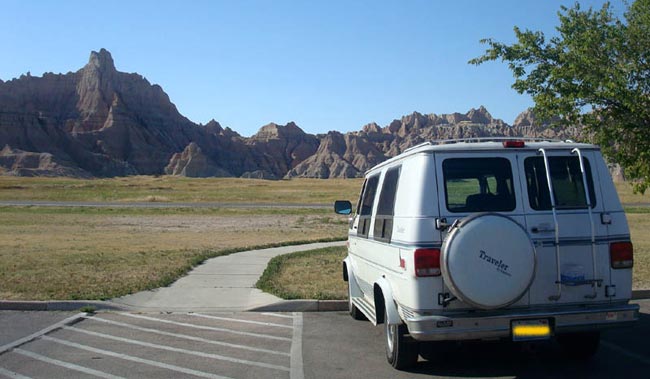 We went to the highest point in the Badlands to check out the scenery. 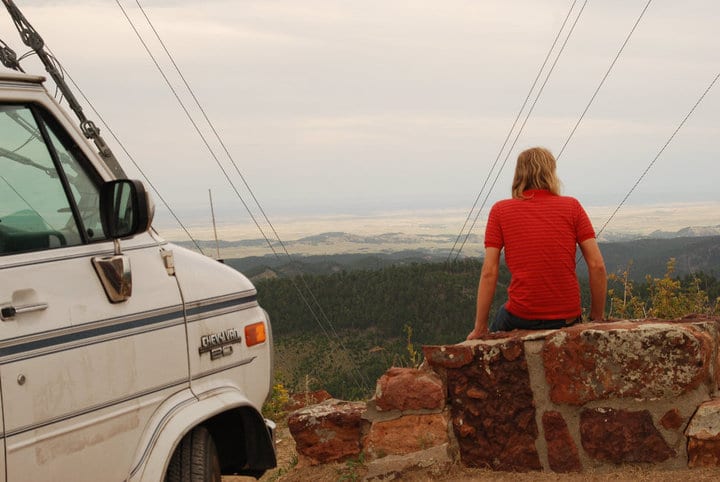 Then we headed over to Crazy Horse, the giant monument that may never be finished. 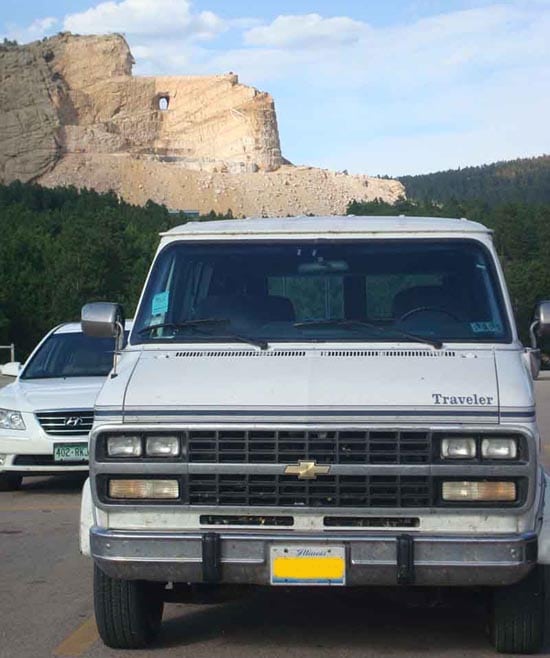 Nearby Custer State Park allowed us to feed the wild burros right through the windows. 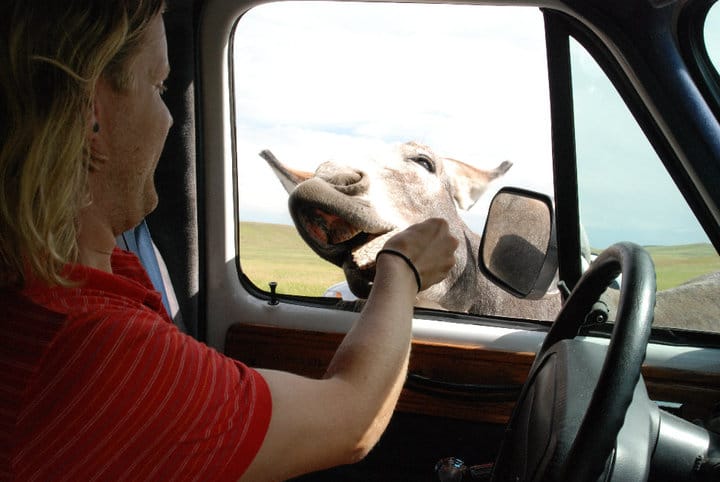 An artsy winter shot of me behind the big old wheel. 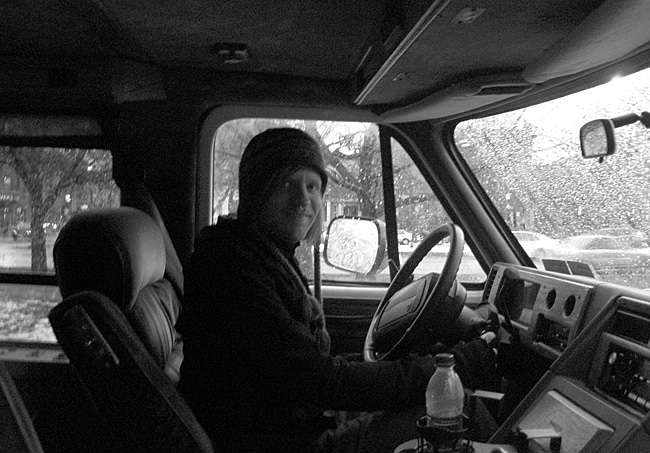 The van settled in nicely in the Faubourg Marigny neighborhood of New Orleans. 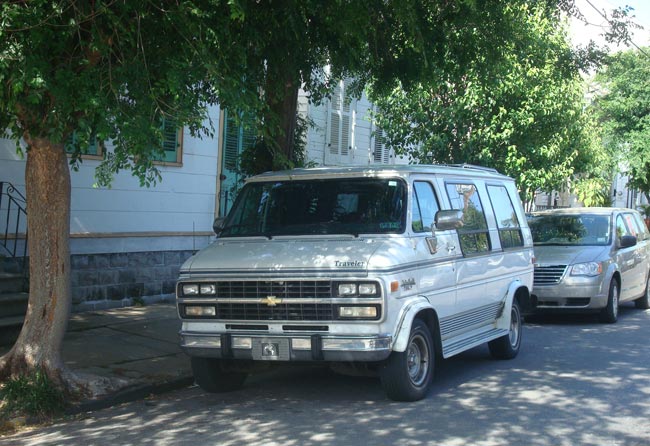 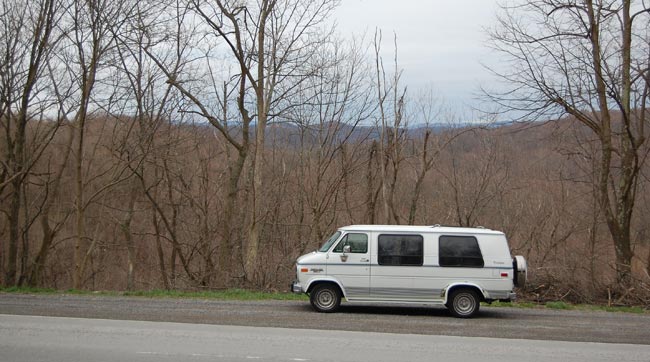 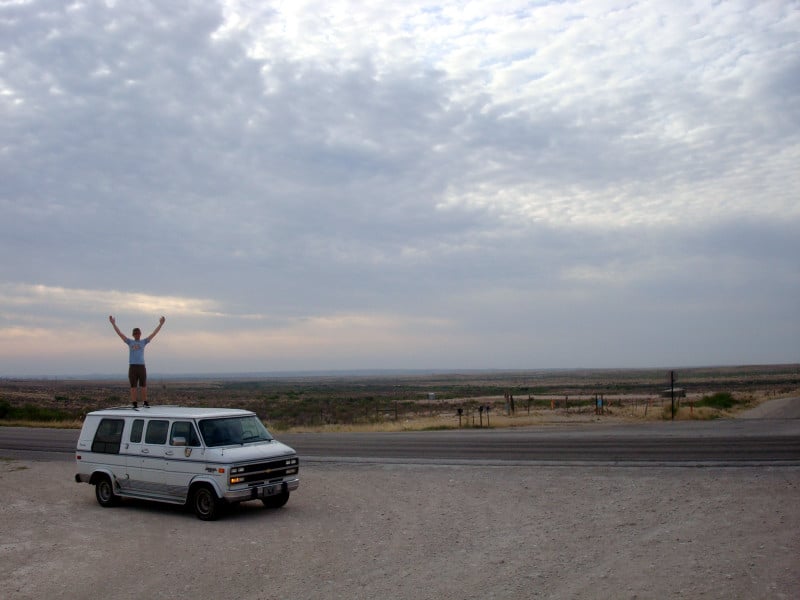 My successful attempt a couple weeks later in Arizona. Much cooler! 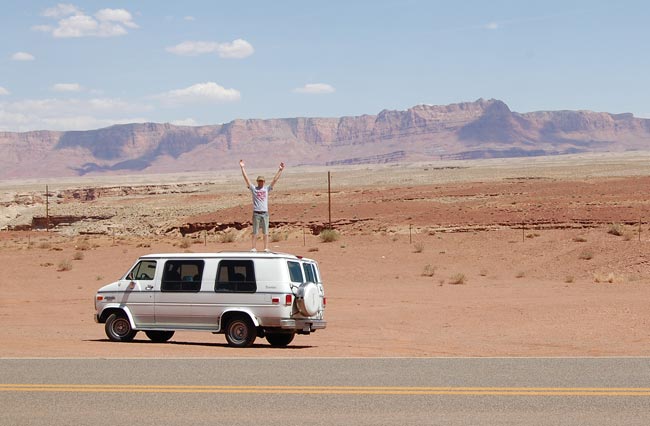 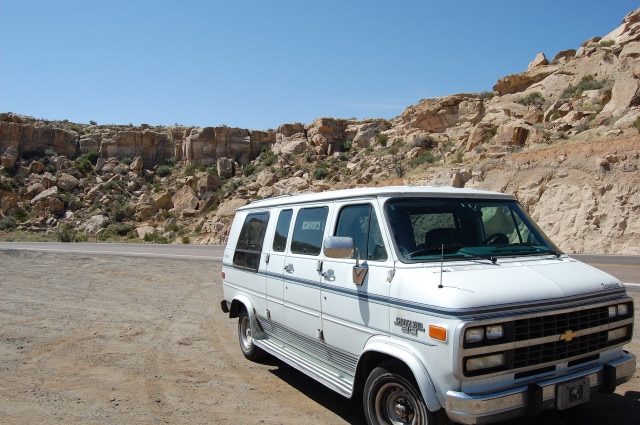 The view from the inside. Taken in a quiet Michigan campground, October 2009. 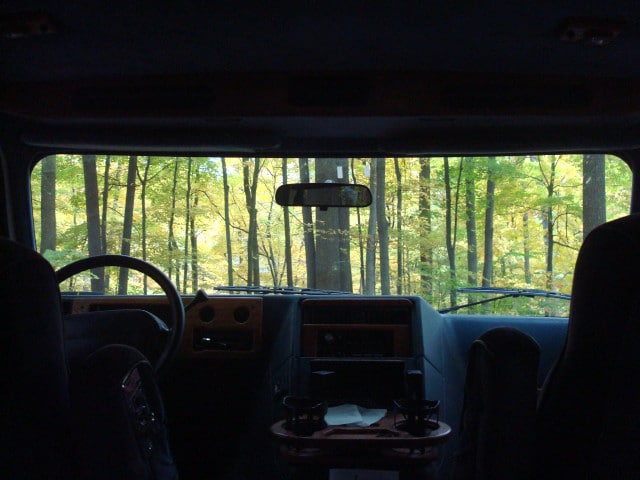 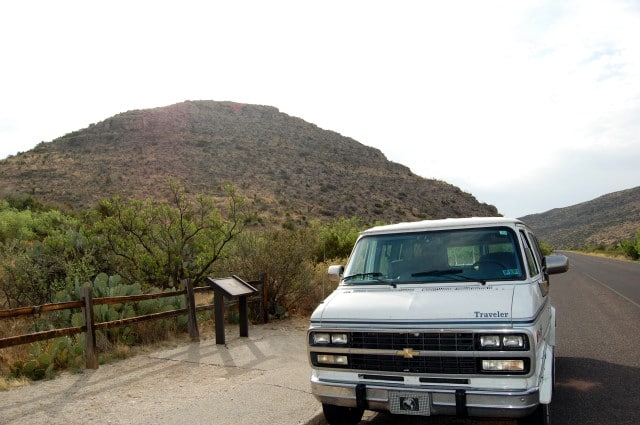 My awesome friend Robin joined me at a campground in Northern Massachusetts.

READ NEXT
Down to the Wire: In Search of the Northern Lights in Downtown Reykjavik 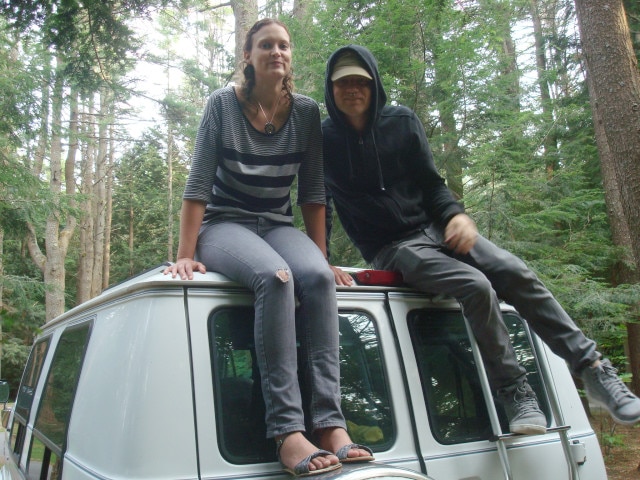 I love cemeteries and so did the van. We were fascinated by this small cemetery in the western Texas desert. 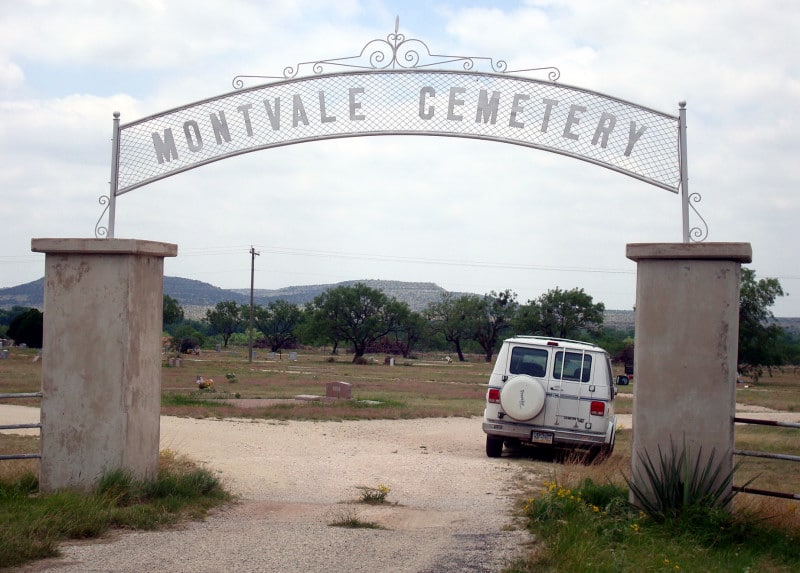 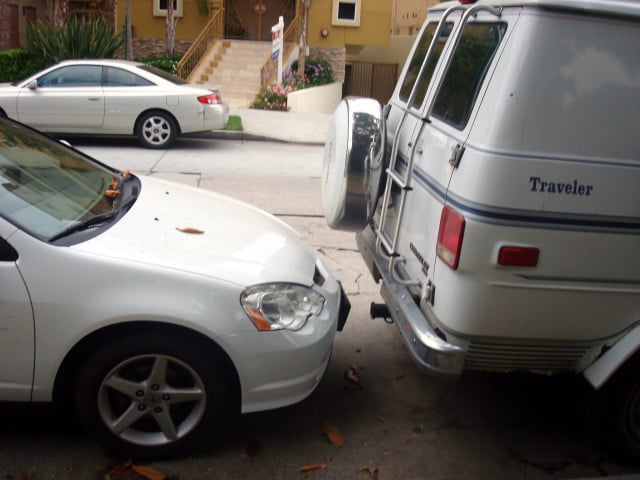 Looking back at the Pacific Ocean on Highway 1 on the California coast. 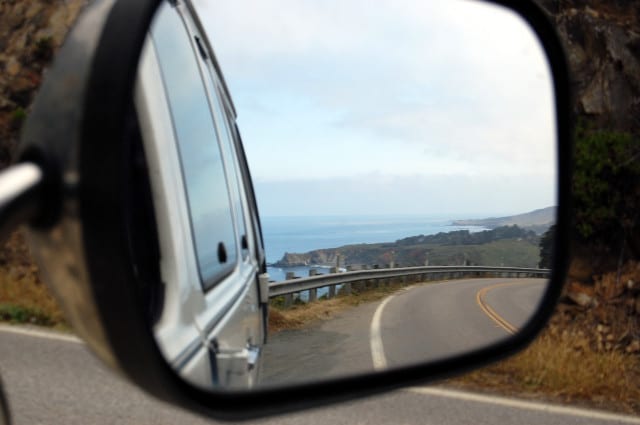 The van didn’t have a CD player, but it did have a good old fashioned cassette deck, which I put to great use by finding tapes in thrift stores. 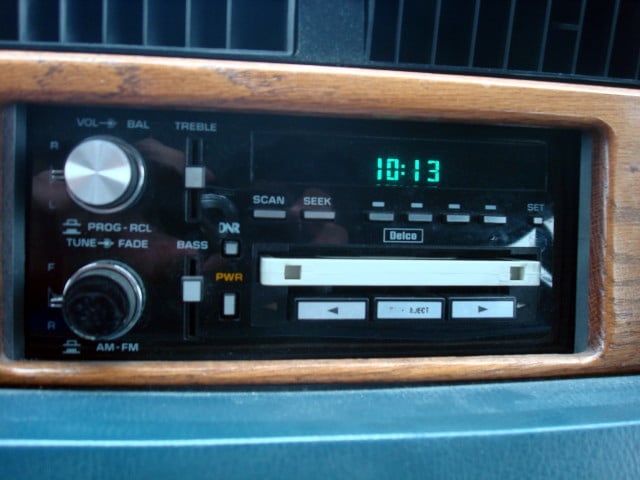 Bison! Right outside my window in Yellowstone National Park. 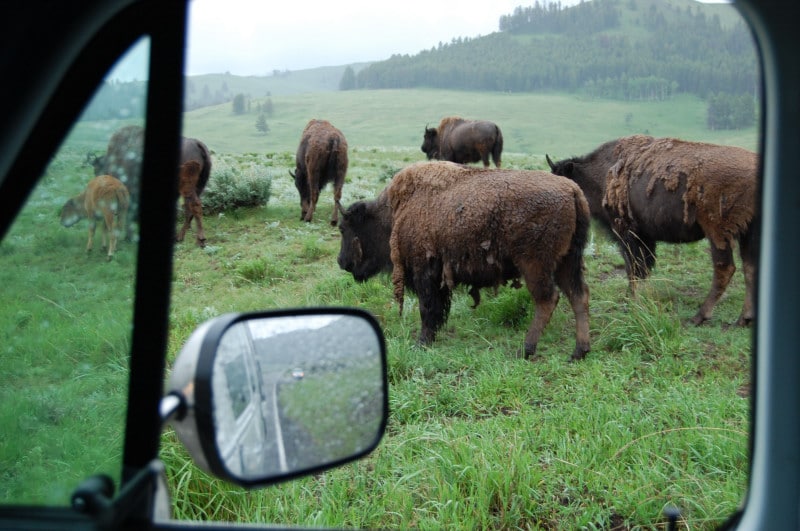 The amount of insect road kill on the front of the van got pretty crazy at times. 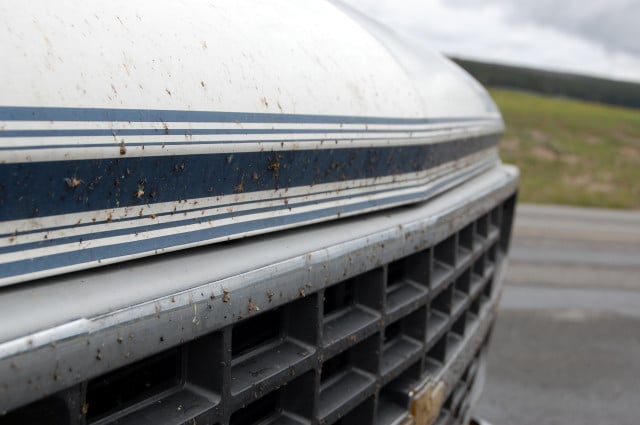 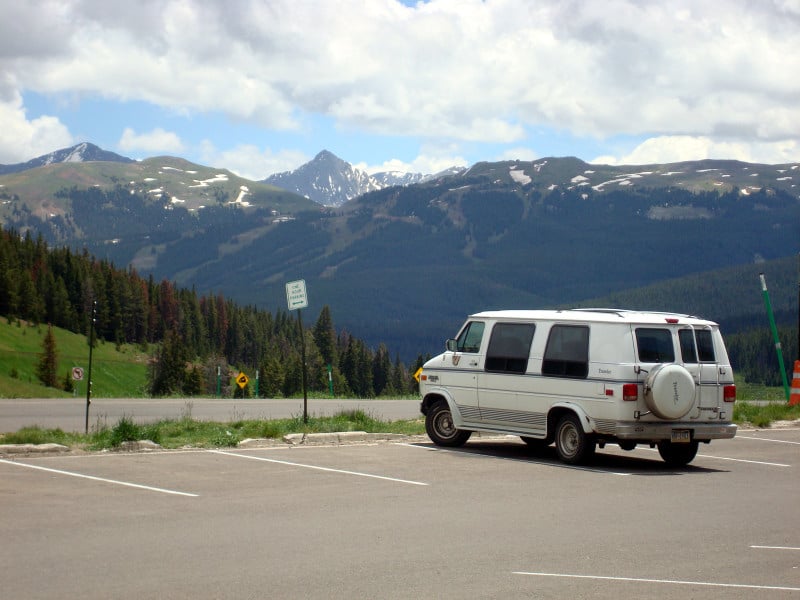 The van from above, parked in the Pilsen neighborhood of Chicago. 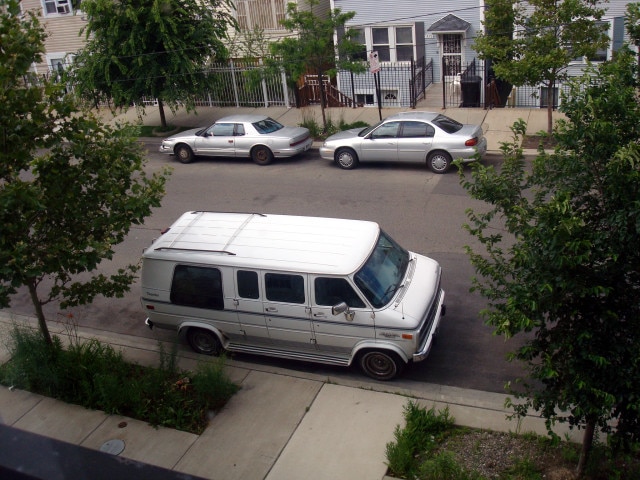 Parked next to the metal picnic table I slept on in Death Valley. 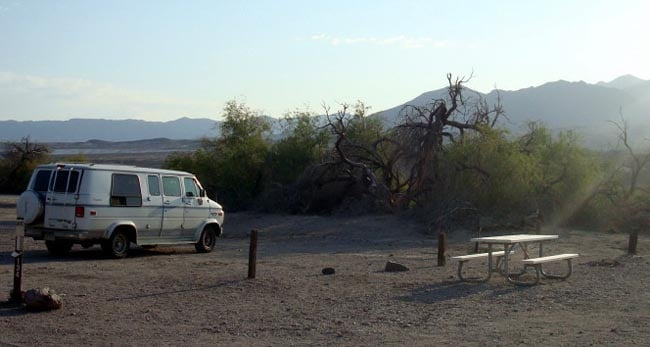 Thanks for all the memories, Magic Van! 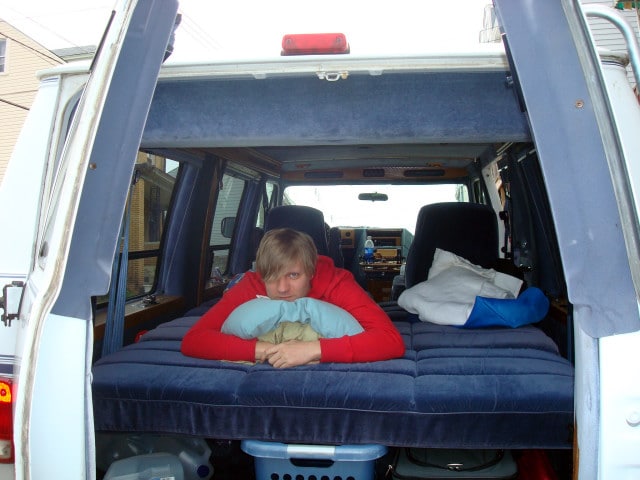