Dancing birds, weeping clowns, old ladies, skeleton baseball players. As I scanned through the 1,000 photos I brought back from Los Angeles, the coolest images were clearly those of street art, murals, and graffiti around town. Check out some of my favorite artistic sights from the City of Angels.

I find this image from Echo Park so striking. You rarely see street art portraits of the elderly. They capture every detail of her face, every wrinkle, every line. 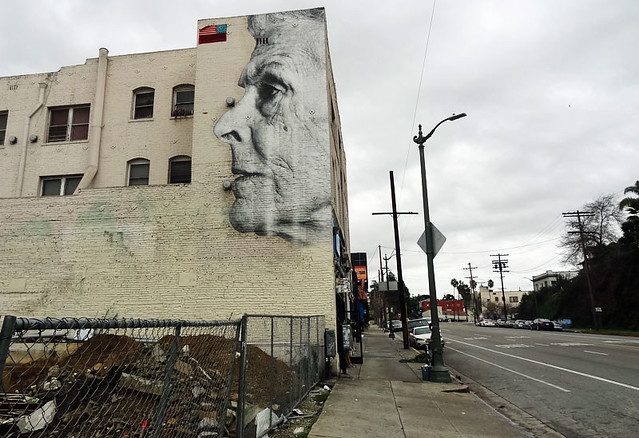 The art in Santa Monica is just a bit more vibrant and beach-centric: 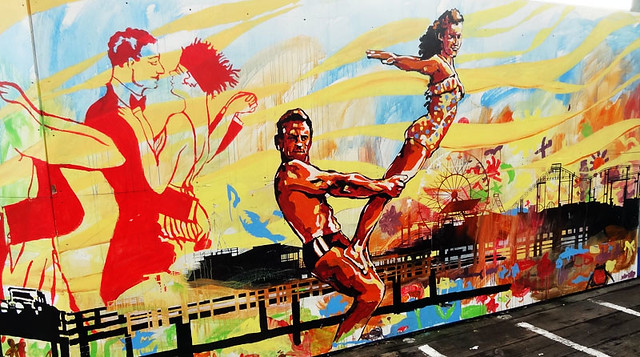 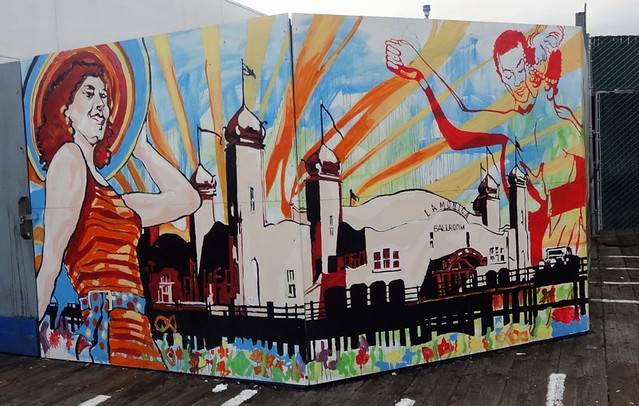 This piece in Silver Lake was obviously professionally-done. I’m guessing that the bird is listening to Miley Cyrus. Because why not? 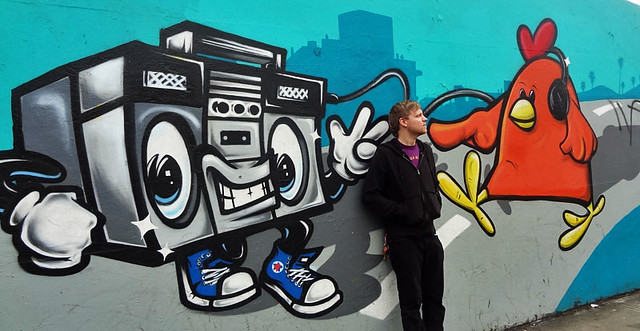 Silver Lake also has a lot of faces painted on electrical boxes. 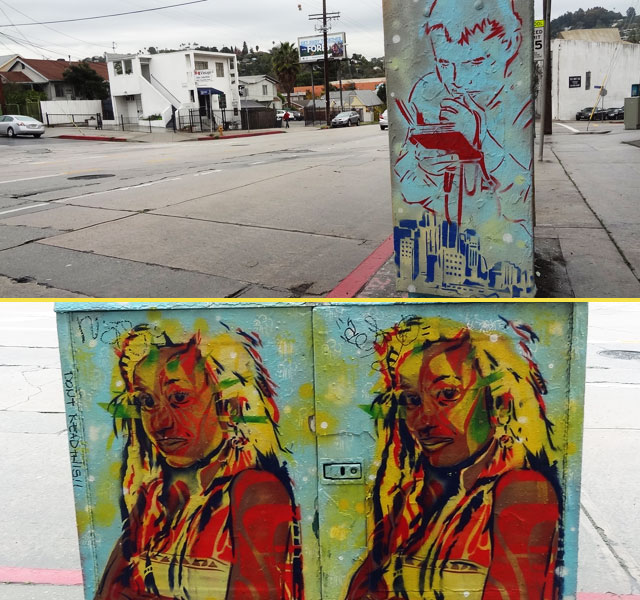 The awesome ‘hood of Echo Park is home to a lot of street art, from crazy clown faces to dreamy, colorful murals. 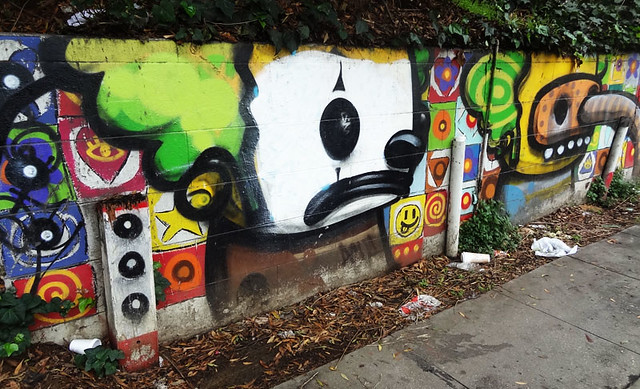 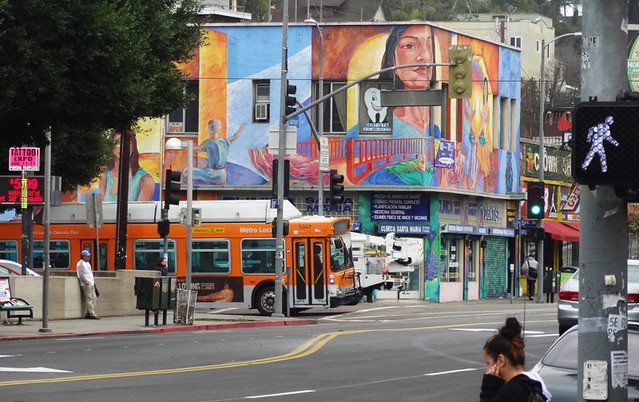 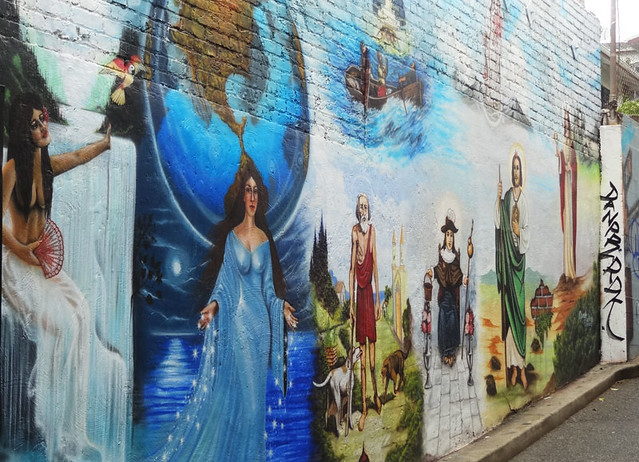 Echo Park is where you’ll find Dodger Stadium, so it makes sense to see an L.A. Dodger mural on a wall. Don’t ask me why legendary manager Tommy Lasorda is depicted next to a skull face. 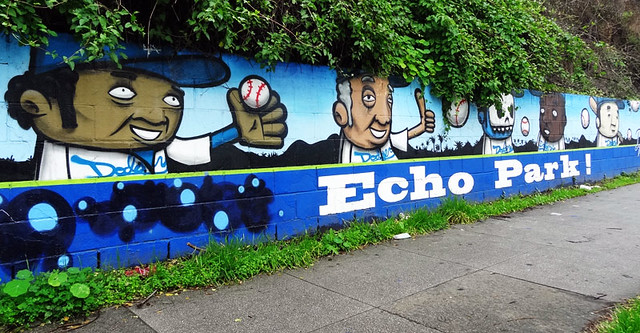 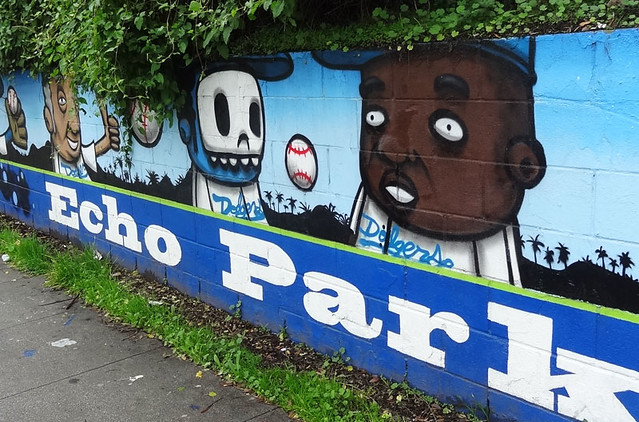 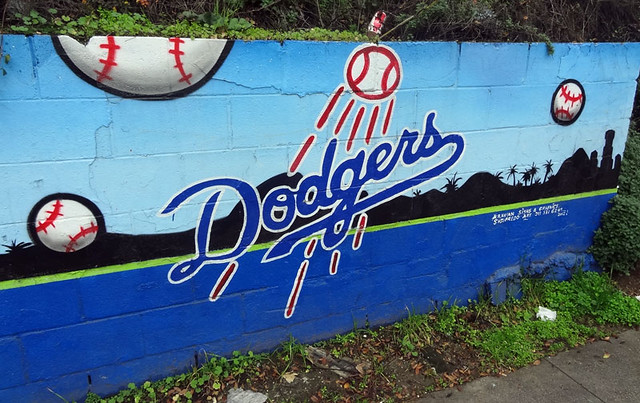 This is just a plain wall with graffiti, but it’s fun to look at. I love the way the pink, aqua and yellow letters look against the white wall. It’s a cool color scheme. Well done, spray paint bandits! 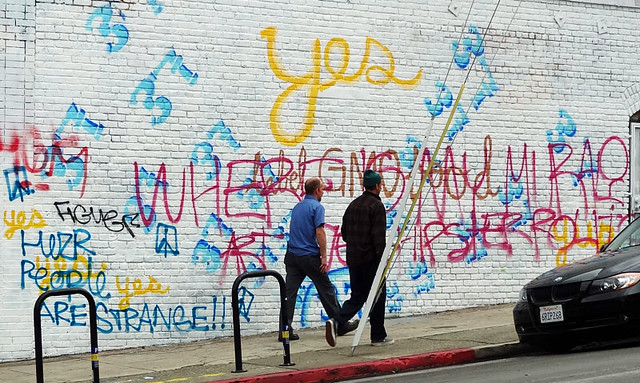 In case you somehow forget where you are:

Sometimes art is used by a clever business to promote its product, which in this case is spiritual psychic and astrological readings. 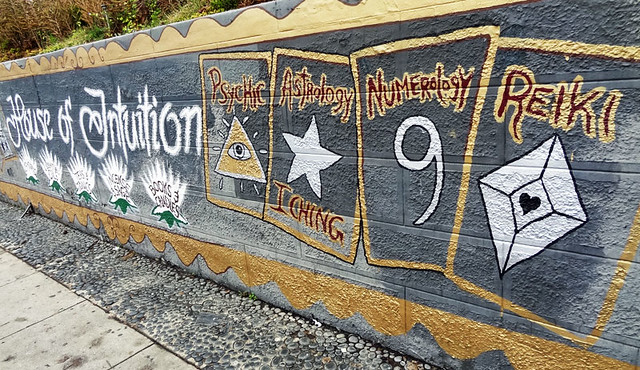 L.A. is all about looking pretty and glamorous, even if that means faking it. In the Hollywood Hills, there’s a large water or septic tank that has trees painted on the side in an attempt to make it blend it with the scenery. 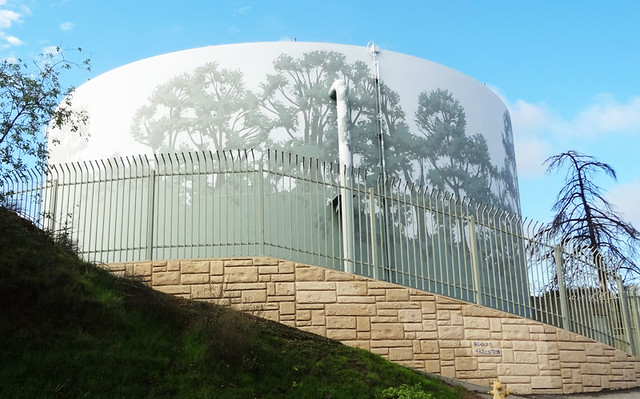 How many stars can you identify in this Hollywood mural of famous actors and actresses? 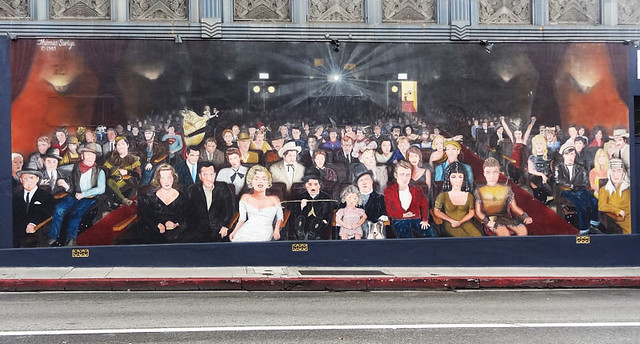 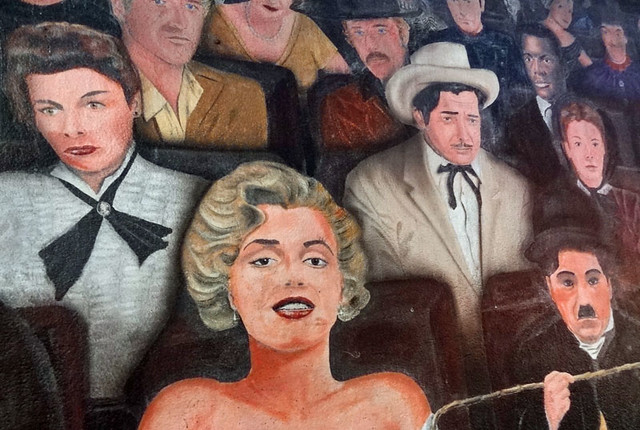 West Hollywood has the gay rainbow flag everywhere – even in the crosswalks. 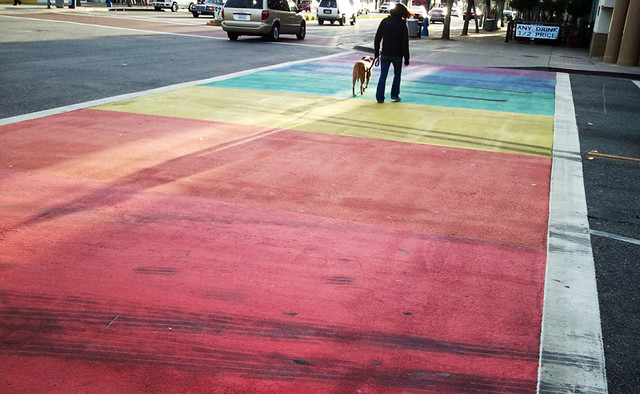 Often my favorite street art is the stuff that was clearly created in about two minutes. Like a suspicious face with a phrase I don’t quite understand. 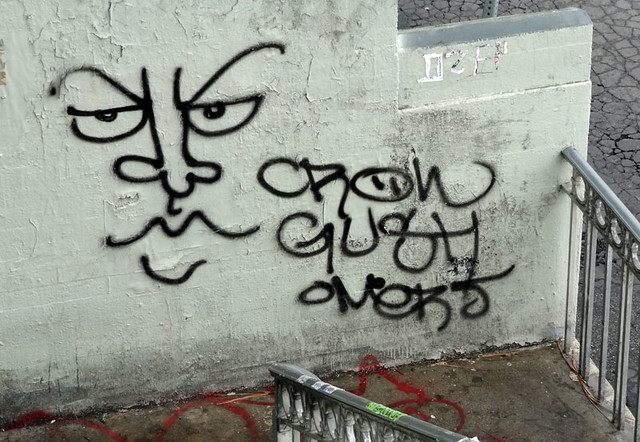 Imagine having a giant face outside your front window. 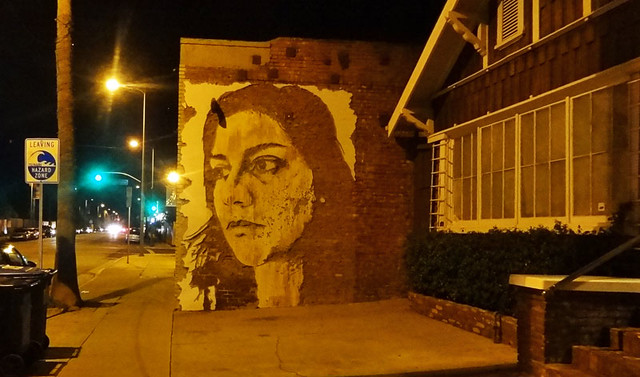 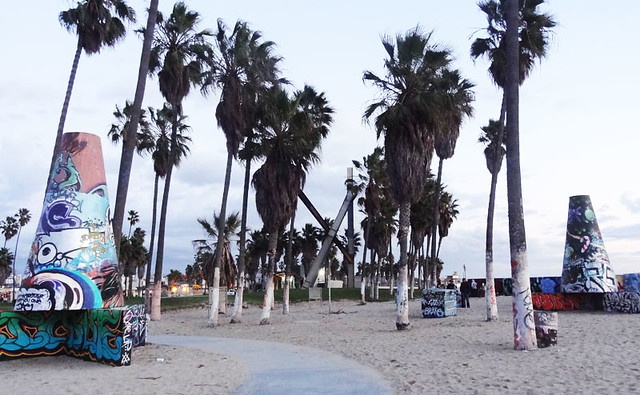 Attention, sharks: Your presence in Venice Beach is not welcomed! 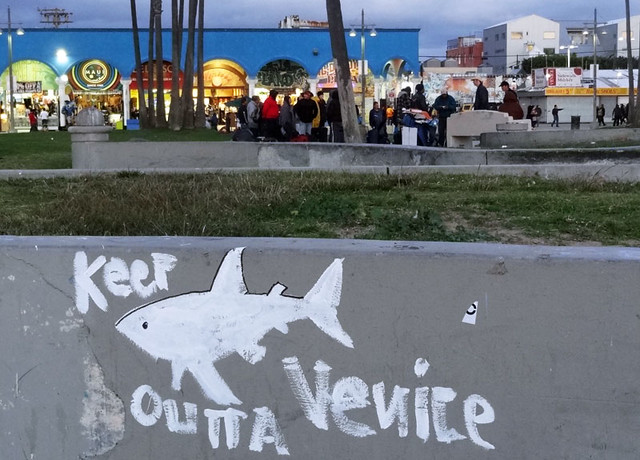