One of the things that most surprised me about Portland, Oregon was the presence of a volcano, making it one of only three cities in the U.S. with a volcano within city limits. Oh no! What if it erupts and wipes outs millions of vegan bicyclists?

Don’t worry, the Portland volcano named Mount Tabor is extinct, meaning it won’t erupt again. Although I wonder how they can be so sure about that, since there are plenty of documented instances of supposedly dormant or extinct volcanoes erupting.

It’s been 300,000 years since the cinder cones in Oregon had a lava flow, so I suppose we can safely say Mt. Tabor is not going to erupt.

Mt. Tabor in SE Portland has been turned into a park of the same name, with hiking trails, basketball and tennis courts, horseshoe pits and more. How many park signs have you seen with an arrow pointing towards the volcano? I love how nonchalant they are about it. It’s just another feature in the park. Picnic area… playground… volcano. No big deal!

Mount Tabor is a volcanic cinder cone and was named after the Mt. Tabor in Israel. Nobody even discovered there was an old volcano here until 1912, a year after the first park was established. The park covers 190 acres and the elevation is 636 feet, so it’s not super-tall, but it does provide nice views of downtown Portland.

They say this mountain is part of a network of cinder cones, but the lava field that created them has been extinct for 300,000 years. I guess I’ll take their word for it!

In fact, there are three other dormant cinder cones within Portland: Rocky Butte, Powell Butte, and Kelly Butte. Who knew there were so many Oregon volcanoes?

While Mt. Tabor in Portland is no threat anymore, there are four other Oregon volcanoes on the government’s list of “very high threat” volcanoes. They include popular tourist spots like Mount Hood and Crater Lake, home of the national park.

Trivia: Which three other U.S. cities also have a volcano within city limits? Those would be Bend, Oregon; Jackson, Mississippi; and Honolulu, Hawaii.

Things To Do in Mount Tabor Park in Portland, Oregon

Today, Mt. Tabor Park covers 190 acres of greenery and is a popular spot for people to go on sunny weekends to relax and play. People go jogging and bring their kids to the playgrounds on the very land that was once the site of powerful magma eruptions. 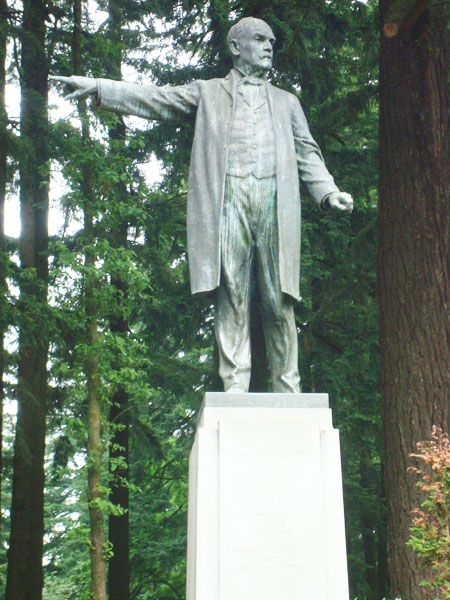 Near the top of the park sits an imposing statue, but it doesn’t honor a president or important historic or civil rights leader. Instead, the bronze statue depicts Harvey W. Scott, the editor of the Oregonian newspaper in the late 1800s. Journalists getting their own statues? I can get behind this!

The statue was sculpted by Gutzon Borglum in the early 1930s, while he was working on Mt. Rushmore at the same time.

I spent most of my time in Mt. Tabor Park getting a taste of nature by hiking on the trails. It’s not easy to get lost here, with color-coded signs pointing the way and numerous trails that intersect. 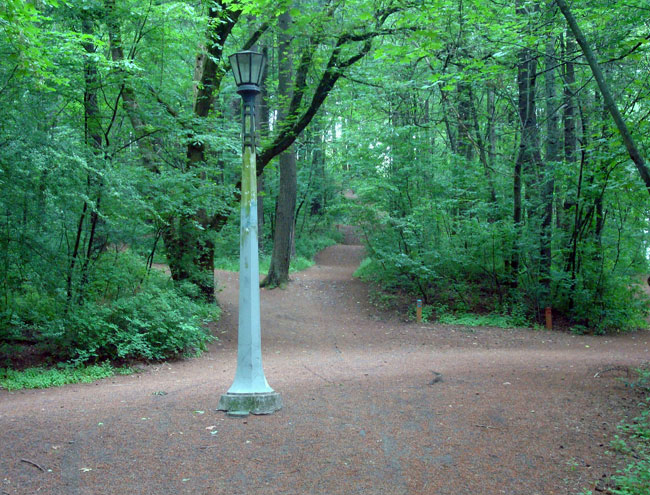 The park has an off-leash area for dogs, so between the animal lovers and outdoor enthusiasts, it can be a pretty busy place. Mount Tabor Park is located at SE 60th Ave. and Salmon St. So why not spend an afternoon on an old volcano in Portland?