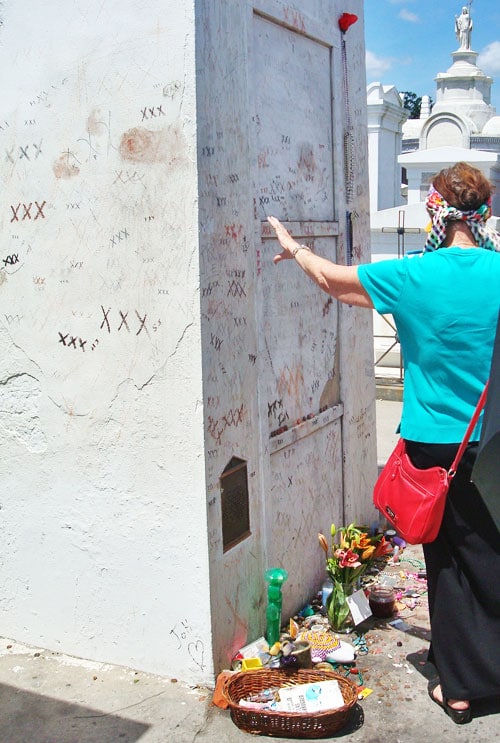 In New Orleans, if you travel just beyond the French Quarter into a slightly sketchy area to Saint Louis Cemetery #1, you can encounter the often-visited tomb of a notorious Voodoo Queen.

Many of the details of Marie Laveau’s life are unclear, but we know she was a 19th-century Voodoo Priestess who led voodoo ceremonies in local parks, possibly beginning as early as 1930. She worked as a hairdresser for customers who often gave her potions to keep her free from harm.

Of course, like anything having to do with voodoo, there’s still plenty of mystery surrounding the grave. Some have suggested that her daughter is actually buried here, or that her body was removed long ago. Whether she’s really here or not, the grave has become her acknowledged resting place and a quirky tourist attraction for those willing to leave the French Quarter.

Other somewhat-famous residents of the cemetery include the first African-American mayor of New Orleans and the plaintiff from the Plessy vs. Ferguson Supreme Court case on civil rights. But the Voodoo Priestess seems to be the most popular resident of St. Louis #1.