Welcome to the National Museum of Toys and Miniatures! Here, the fine china is gorgeous. Its intricate flower designs catch the eye and its gold accents shimmer in the light. This is beautiful dishware that anyone would be proud to own and display.

And all of these dishes are about an inch tall.

If you find tiny things cool (who doesn’t?), there’s lots to enjoy at the National Museum of Toys and Miniatures in Kansas City, Missouri. From entire mansions broken into the smallest rooms imaginable to little spools of thread that are only a couple of millimeters high to a teeny re-creation of the Noah’s Ark animals, this place has everything, at 1/12th the usual size.

The Collection of Miniatures

This is one of my favorite mini scenes. A sewing grandmother, just a few inches tall. Look at the complex designs on her rug. And that tiny pin cushion! 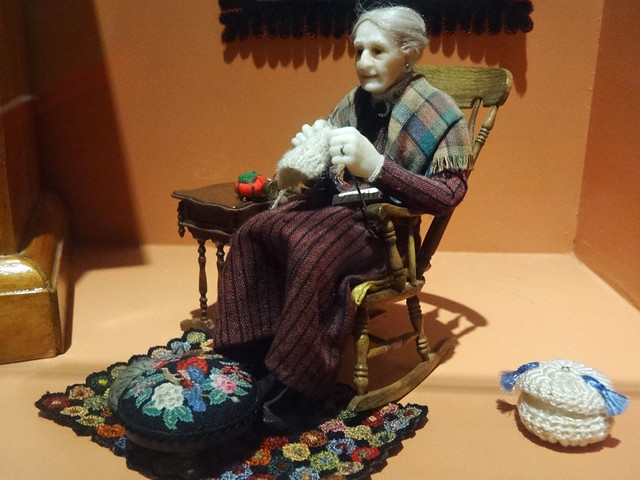 The first few rooms you’ll encounter in the museum are full houses broken down into mini rooms. Step closer to peer into each room. 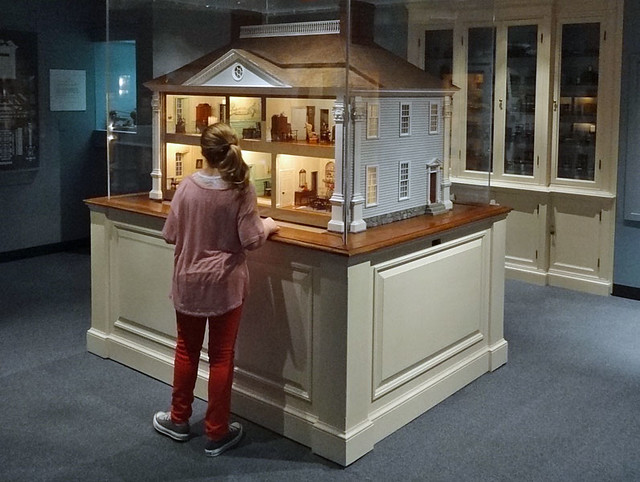 The intricate level of detail and precision in these little rooms is amazing. 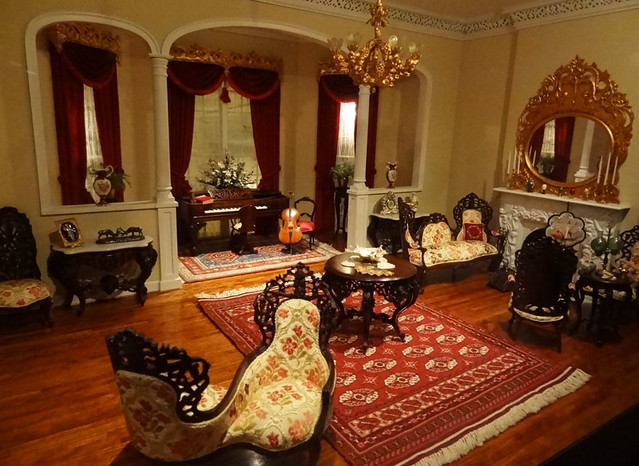 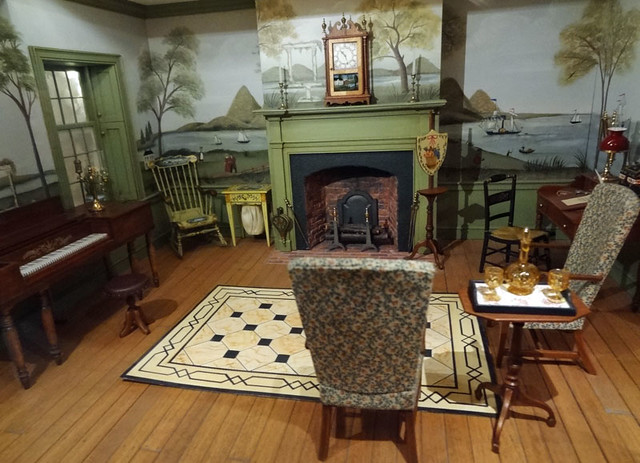 When the residents of the tiny houses want to do some shopping, they can head to the nearby jewelry store for some miniature bling. 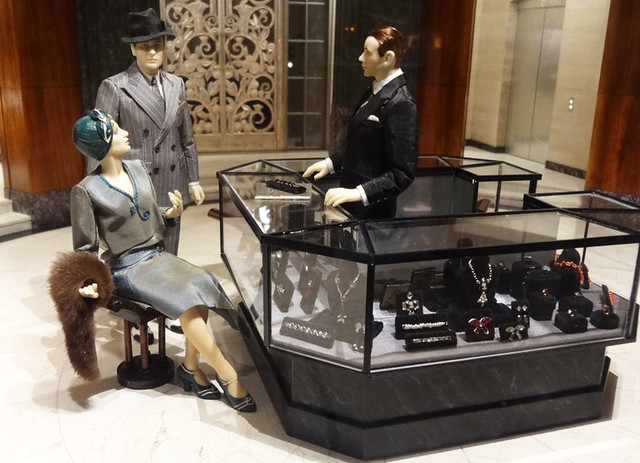 It’s a little difficult to show just how small some of these pieces are. Here’s a shot of some furniture as seen from a distance in its case, and again at close range. 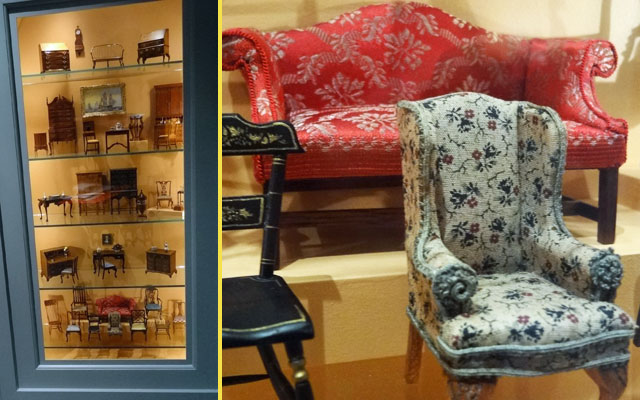 And here are some fake peppermint candies. The one on the right is the same size as a real candy, while those next to it are mini-me versions. 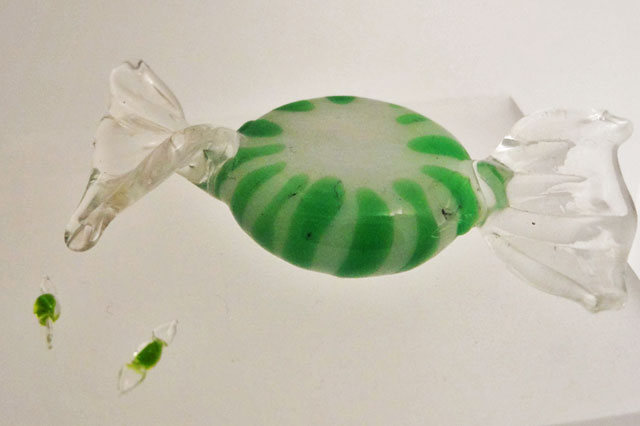 The most fascinating house in the Miniature Museum is known as the Coleman House, which stands nine feet tall and seven feet wide. It was built in the 1860s by a wealthy ironmaker in Lebanon, Pennsylvania for his very lucky daughter. The man even outfitted the doll house with real running water and gas lighting. You have to admire that insane level of commitment to realism. 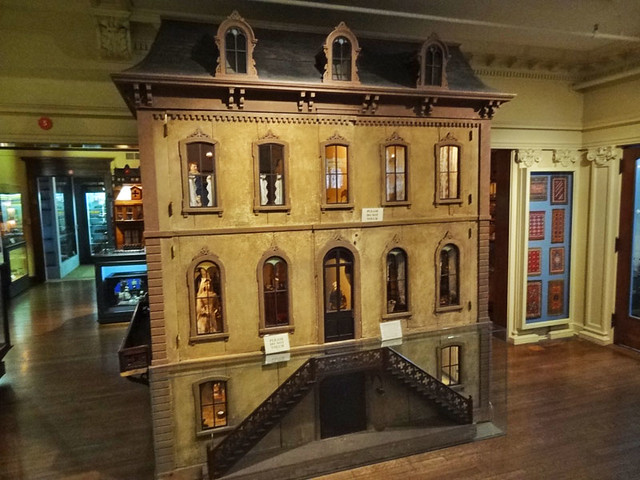 Another noteworthy reproduction is this mini version of King Louis XV’s study in the Palace of Versailles. The study took four years to create and includes a wood floor made up of more than 2,000 individual pieces of wood, plus a wooden desk composed of 36 different species of wood. The three dozen electric candles flicker to look like real candles. 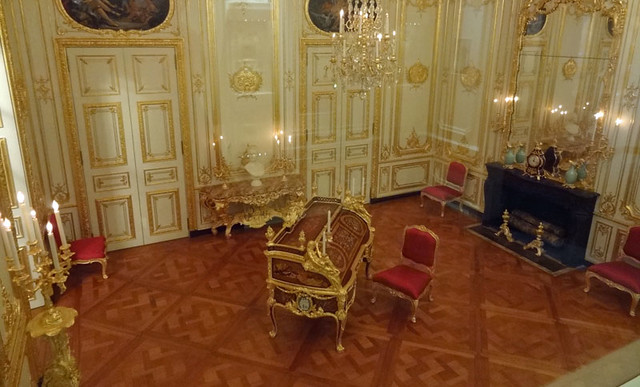 As I looked around throughout the 38 rooms to find the absolute smallest miniatures in the place, I came across these little spools of thread, which are literally 2-3 millimeters wide. I’m not sure how you would even go about creating something so small. 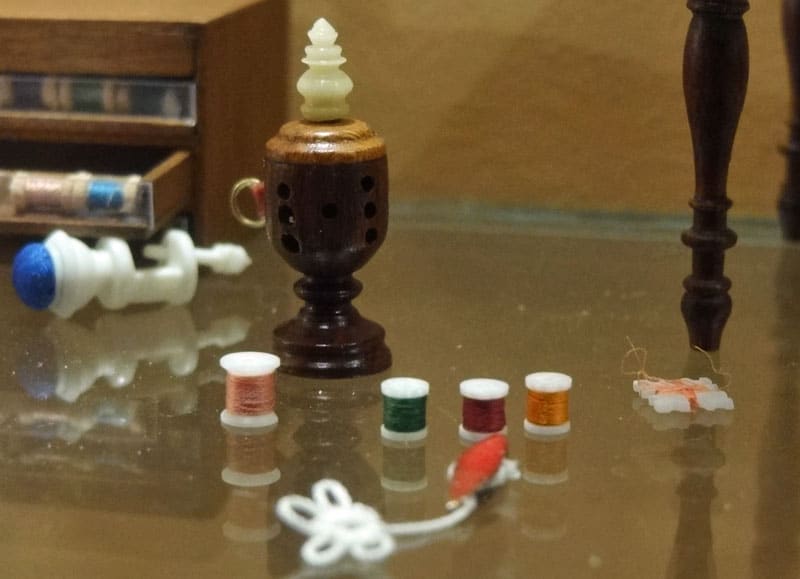 While the National Museum of Toys and Miniatures continues to work on expanding its collection of modern toys, the older toys on display are just amazing. Any kid would love to have access to all of these classics! A lot of these are lots of toys I grew up with, including a complete collection of Star Wars action figures from 1977 to 1983. 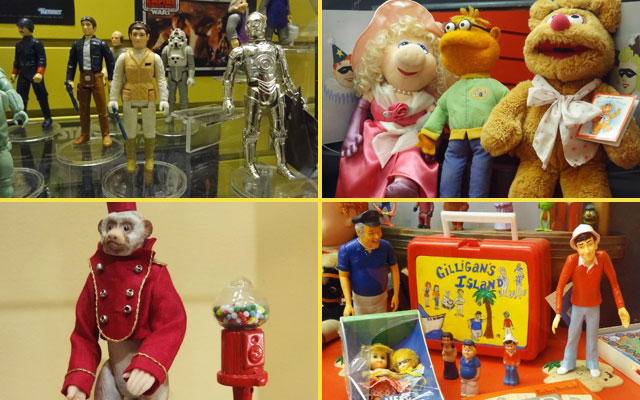 There’s a large Barbie exhibit with dolls from several different eras. The doll on the left is the original Barbie, issued in 1959. Also on display is this Lilli doll on the right from 1955 in Germany. One of the founders of Mattel brought home Lilli from a trip to Europe, and she became one of the inspirations for the creation of Barbie. 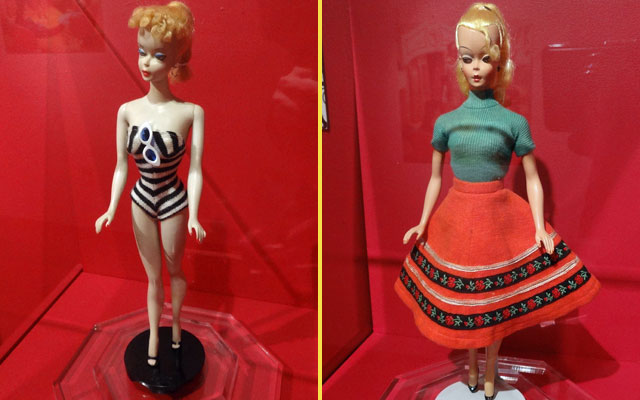 You probably never considered that toys were affected during the rationing of metal during World War II. Companies stopped producing little metal war figures and began constructing them out of sawdust and glue in a creative demonstration of American ingenuity. 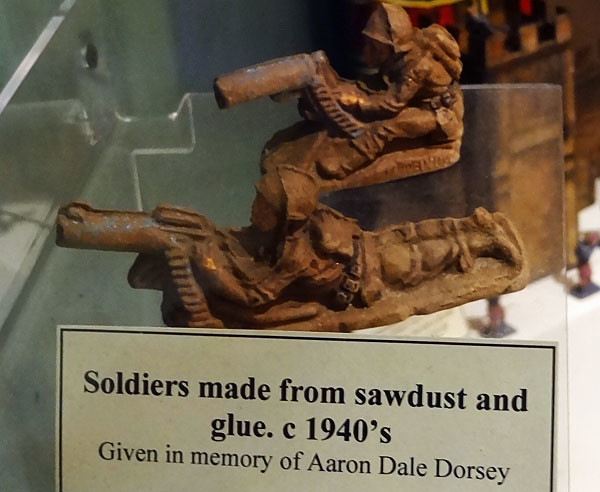 Some of the older games weren’t always politically correct when it came to being sensitive to other cultures! 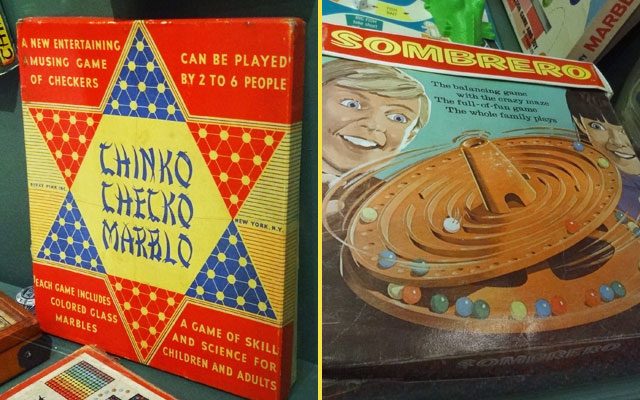 Pee Wee’s playhouse! My favorites from the show were Miss Yvonne, Penny, Cowboy Curtis and Globey. 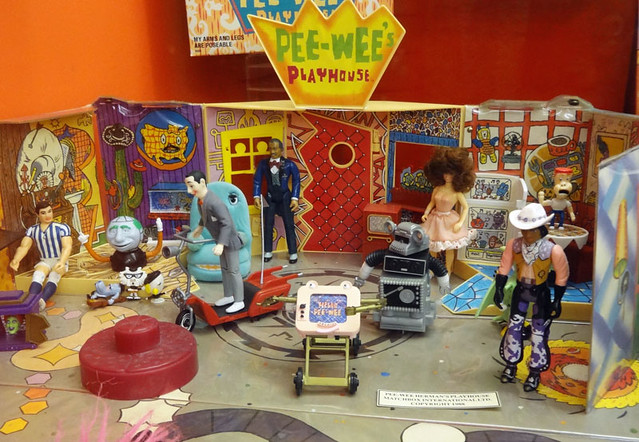 Other cool sights in the toy section include Charlie’s Angels, Archie Bunker and Quick Draw McGraw board games, Tinkertoys, talking marionettes, and the country’s largest collection of marbles.

Visiting the National Museum of Toys and Miniatures

Established in 1982, the museum is located in the Tureman Mansion on the campus of the University of Missouri-Kansas City at 5235 Oak Street. When I visited, it was simply known as the Toy & Miniature Museum, but it has since become rebranded as the National Museum of Toys and Miniatures.

As of this writing, the building is open from 10 to 4 Wednesday through Saturday and 1 to 4 on Sunday. Admission price is $8 for adults, $7 for seniors, and $5 for students.

Give yourself at least an hour to take it all the sights. Because it’s all indoors, the museum is a great activity if you’re visiting Kansas City in the winter. Why not check out the toys here, then head over to the 18th and Vine District for some historic museums?

Non-flash photography is permitted, and parking is available on-site. The museum has about 80,000 pieces, 90% of which are on display. For the latest details, see the official website.

What’s your favorite toy or miniature?