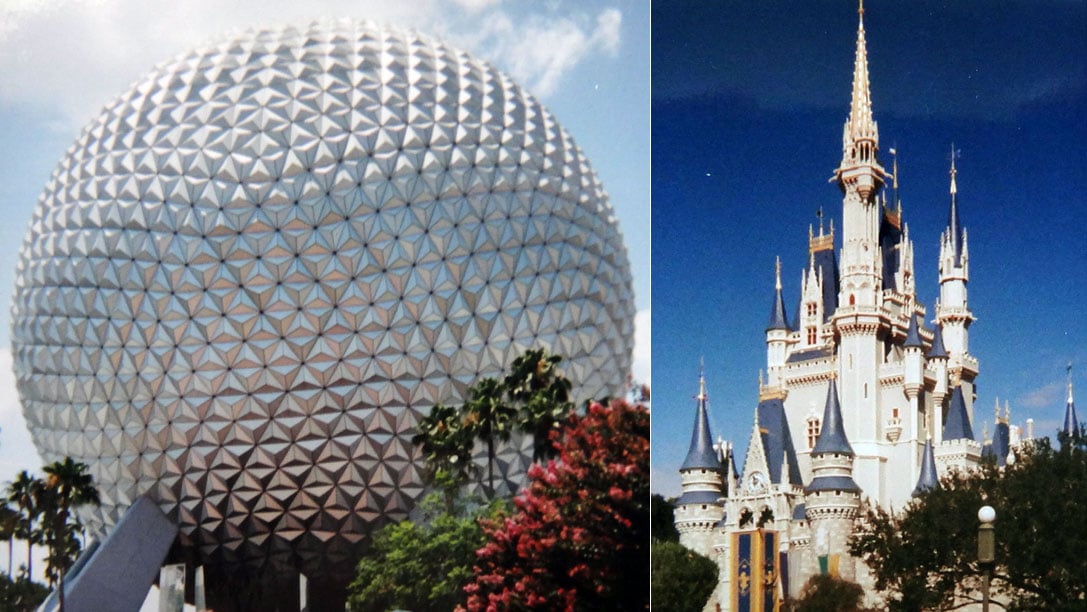 While I spend the next few months staying put in Chicago and saving up for Alaska, I want to start sprinkling in some “travel memory” stories of trips I took a while back, way before I ever had the blog.

Unlike many frequent travelers, I did not have the good fortune of traveling as a child. Up until I graduated high school, I had only left the Pennsylvania-Ohio-West Virginia tri-state area once, for a school trip to Washington DC.

But at age 18, I took my first flight with a friend to Orlando, where we stayed for two weeks with his aunt, checked out the Disney parks, and got seriously sunburned. We went to the Disney parks, visited nearby areas like Kissimmee and St. Augustine, and had fun lying in the sun.

That trip was many years ago, but I have a few lingering memories. The highlights and lowlights, accompanied by some shoddy old photos:

Many of our days were obviously spent at Disney World, where my friend’s aunt worked. I remember wishing they had more thrill rides. The only one to speak of was the Tower of Terror at MGM Studios, a free-fall elevator ride.

The Animal Kingdom was closed, so we primarily spent time at Epcot and the Magic Kingdom. I loved the World Showcase section with different pavilions representing different countries. Since I had no international travel experience, visiting the Japan and Germany and Norway pavilions was the next best thing!

I also have a strange lingering memory of getting the shaved Italian ice from the Vietnamese stand nearly every day. I loved that stuff.

Having never been south of the Mason-Dixon line, I had no idea just how fast the sun could fry your skin. We had a sweet swimming pool the backyard where we stayed, and one afternoon I spent an hour out there with no sunblock. I ended up getting a burn so bad it hurt for the next two weeks. Oops! 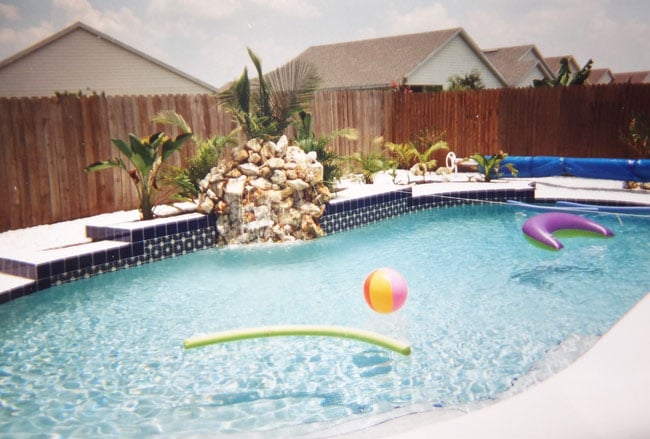 Back in the ‘90s MTV had a game show called Sandblast, which was sort of American Gladiators on the beach. We stumbled upon a taping of the show, and they put us in the audience for a couple rounds, until we decided the delays between filming were too excruciating and left. It was probably the shortest audience cameo ever.

I have no idea whether we actually made it onto TV because I never saw the episode air. Even now, I’m unable to find a single clip of this show online. Didn’t anybody tape Sandblast on their VCR? All I could find was this short commercial for the show on YouTube.

We took a day trip up to historic St. Augustine but didn’t have the greatest time. We took a walking tour of historic houses, but found it so boring that we ditched midway through. I don’t know if it was truly that boring, or if our young selves just didn’t appreciate what we were seeing. The highlight was seeing a parked car with a license plate holder from Beaver Falls, Pennsylvania – our small hometown! We did not expect to see that in Florida.

After that, we swung over to the beach on our ride home. That was my first time seeing the ocean and being on a real beach (unless you count Lake Erie.) So many people in the middle of the country never get to see the beach – I hope those who had beach vacations as kids realize how lucky they were. 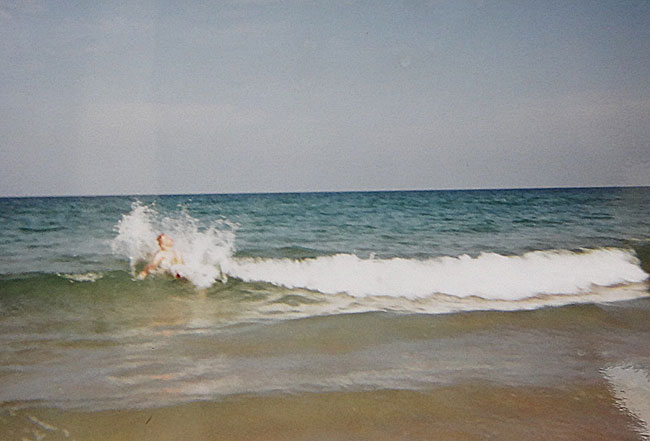 We couldn’t go to the Disney theme parks everyday, because my friend’s aunt only had free passes for three days per week. So we had to make our own fun. One night we checked out the local AA baseball team in action. A few of those players ended up making the major leagues, so we can say we saw them before they hit it big.

But the memorable part of the game was the usher who looked exactly like OJ Simpson. I couldn’t believe the resemblance. I guess I wasn’t alone, because later in the game, the guy did this skit where he pretended to try on a leather glove. Smart move by that guy, incorporating the OJ theme into his act! I’m sure he got bigger tips as a result.

READ NEXT
Quirky Attraction: The National Aviary in Pittsburgh

I’m not sure what Orlando would be like as an adult, but hopefully I’ll make it back there someday to give it a shot.

While I haven’t been back to Orlando, I’ll been all over the state of Florida, checking out the alligators at the Everglades, camping at Dry Tortugas National Park, finding things to do on a lazy morning in Key West, and exploring Miami’s beaches and architecture and Calle Ocho in Little Havana.

Have you ever been to Orlando?