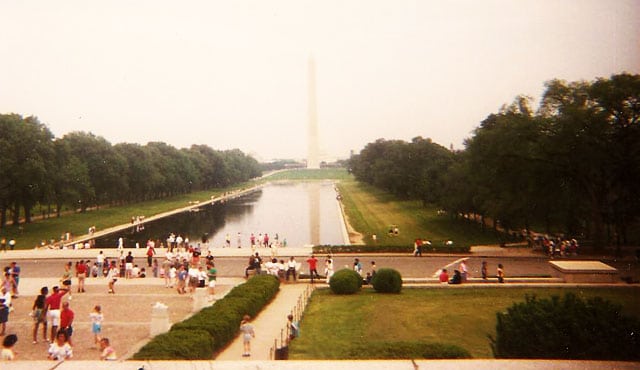 My seventh-grade school trip to Washington, D.C. was the first big travel experience of my life. We went for three days and took tours of the major monuments. Except the White House – I still haven’t been inside there.

It’s hilarious looking back on the few surviving photos from the trip. This was way before digital cameras, so I had to take a cheapo 35mm cam with a 24-exposure roll of Kodak film. The pictures I got were dreadful – mostly blurry shots taken while I was walking.

What do I remember from this trip? A lot of odd memories. Singing Bon Jovi songs in the big tour bus. Playing Paperboy in a video arcade at the rest stop just outside Maryland. Finally getting to D.C. and sharing a hotel room with four other kids and watching Guns N Roses’ “Patience” video on MTV.

I remember being at the top of the Washington Monument and enjoying the views. I took a few pics up there but they were all too blurry to be useful.

We stopped by the Lincoln and Jefferson Memorials. I’m sure we saw other important sights, but I couldn’t tell you what they were. 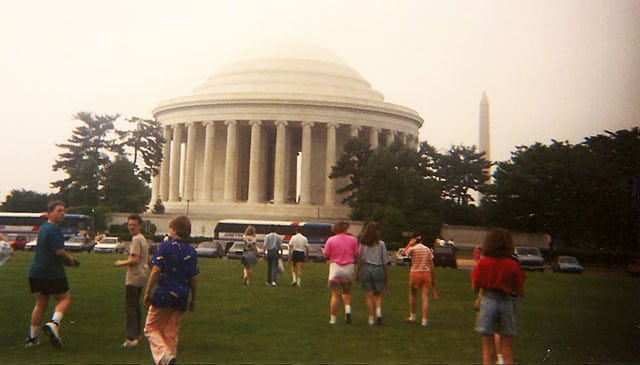 One summer when I was 21, I was working as a counselor for a pre-college program at Penn State for high school students, and one of our weekend trips was to the capitol area to check out George Washington and Maryland Universities.

Even though I was hearing great things about the DC nightlife, and I was now old enough to go to bars, our schedule did not allow us to do this since we were chaperoning the entire time. We were given one free night, about two hours, to wander around the reflecting pool. There wasn’t much to do, aside from people-watching and taking in the statues. 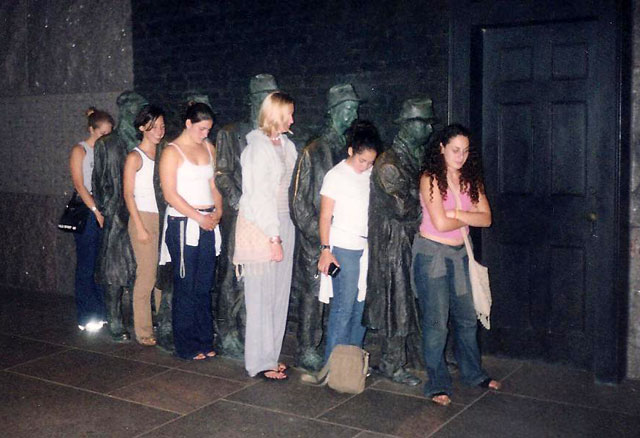 In October, I’m going back to DC for the first time as an adult. I’ll finally get a chance to check out the nightlife, but I still want to see all those monuments too. They’re such iconic structures. I see them everyday when I count my $5s and $10s. It’s time to see them in person again.

It’s also gonna be cool to take the pulse of DC just a few weeks before the presidential election. I like being where the action is, so I have a feeling being in the middle of the battle will be fun.

READ NEXT
Tunnels and skyscrapers: Seeing Houston from above and below

What are your impressions of Washington D.C.? Do you have any suggestions of places I should check out while I’m there?