Home of the UFO Museum, Roswell, New Mexico is famously known for being the location where aliens supposedly landed in 1947. Many books and movies and commentaries have been written about the place detailing all the theories about the ET spacecraft that was said to have gone down in the desert.

But what is Roswell like now? I decided to find out. 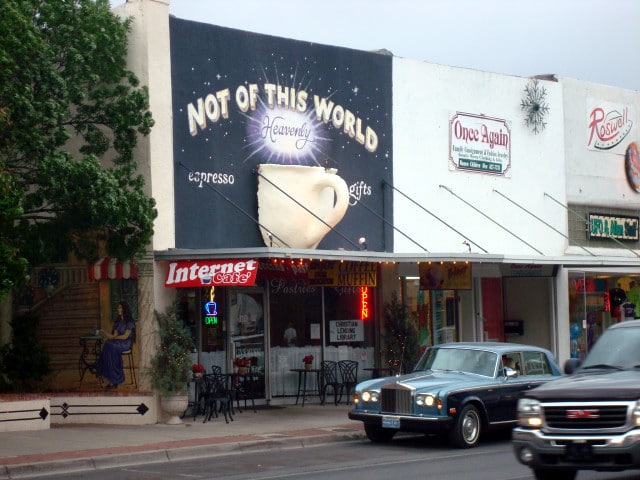 Not surprisingly, the town attracts a lot of tourists, so the businesses and restaurants in Roswell cater to them by playing into the interstellar theme. You’ve got your “Not Of This World” coffee shop (above.)

And even the local Arby’s welcomes aliens. Why not try an intergalactic roastburger? 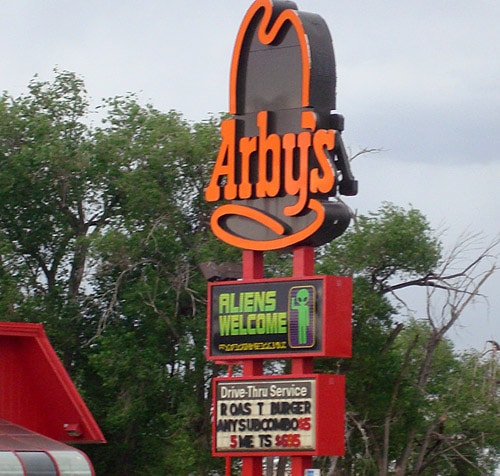 You’ll find plenty of gift shops selling UFO souvenirs. Get your Roswell souvenirs and trinkets to take home and impress your friends! 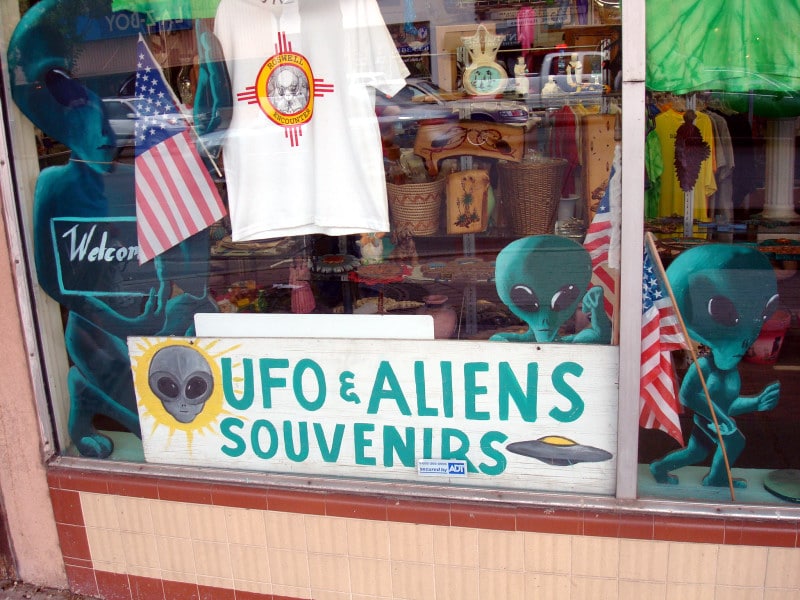 Some even sell inflatable aliens, in case you long for an alien to cuddle up with at night. Don’t worry, I won’t judge you. 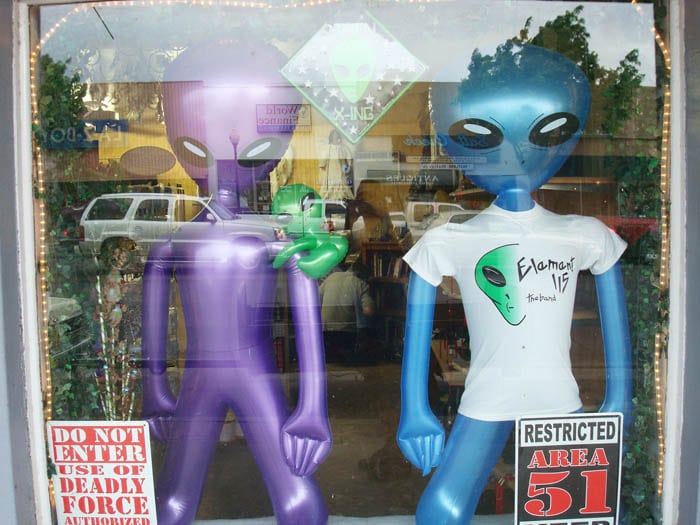 Visiting the UFO Museum in Roswell

Officially called the International UFO Museum and Research Center, Roswell’s UFO Museum attempts to inform and entertain visitors about the history of alleged alien activity in the area. I’ll say it flat out: This place is not good. 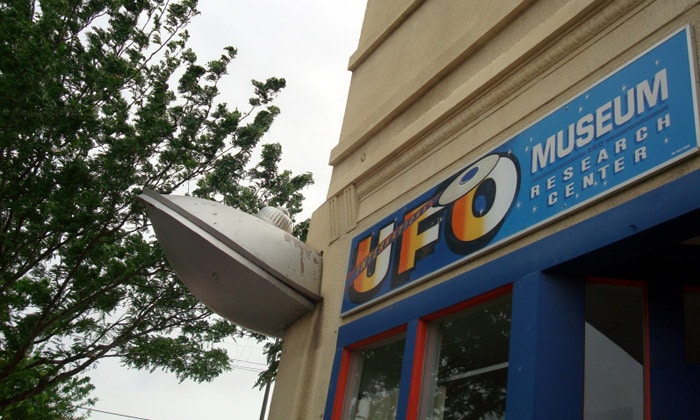 It does a lousy job of telling the story of the alien landing. Most of what’s on display are just old newspaper clippings, posted on peg boards that look like they came from K-Mart in the 1970s. 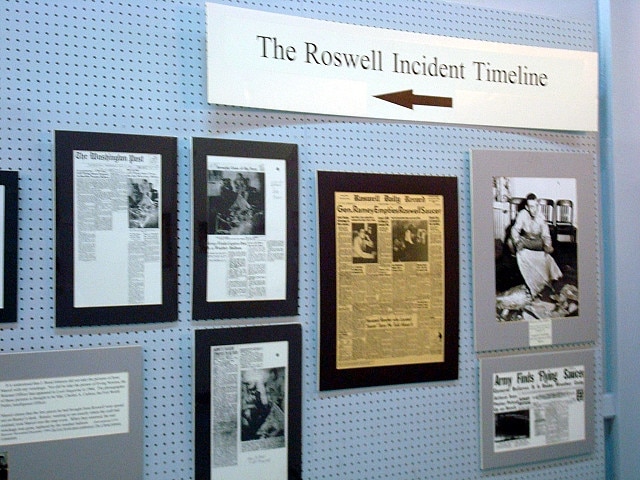 Honestly, I could put together a better museum than this in a week’s time. There should be multimedia displays, interactive exhibits, giant posters listing the possible explanations for the UFO reports… but instead the place seems like a glorified gift shop.

Only one UFO museum exhibit caught my attention, and that was the actual alien from the 1994 Showtime movie ‘Roswell.’ 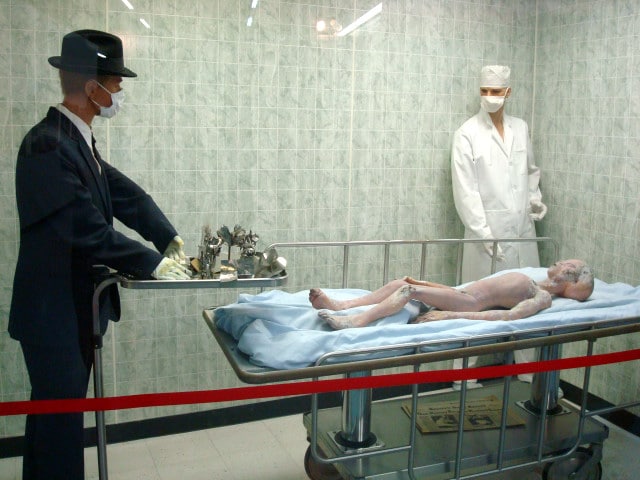 Admission to the International UFO Museum and Research Center in Roswell costs only $5. There’s a reason it’s so cheap! If you do find yourself in the city, you might as well stop by. The Roswell alien museum is worth seeing – just don’t expect too much.

15 thoughts on “Visiting the UFO Museum in the Alien-Crazed Town of Roswell, New Mexico”