The Badwater Basin in Death Valley is 282 feet below sea level. It’s the lowest point in the United States (and all of North America, in fact.)

It’s also where – if you believe the park rangers at the visitor center – people are keeling over left and right from heat exhaustion. 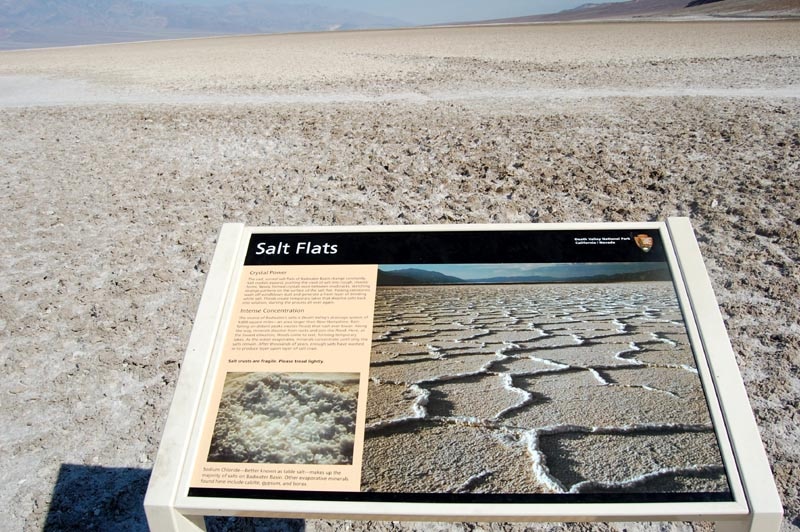 Yes, the scare tactics of the park employees kept us from fully enjoying the Badwater Salt Flats, by making us believe that we’d pass out if we stayed there longer than 10 minutes. Or that we’d spontaneously burst into flames and the remnants of our body would fly off into the air like mist.

The Badwater Basin was #1 on our list of 5 Things to See & Do at Death Valley. We stopped by after spending the evening at Furnace Creek Campground. If you’re visiting the national park, you’re surely going to stop by Badwater. Here’s what to expect. 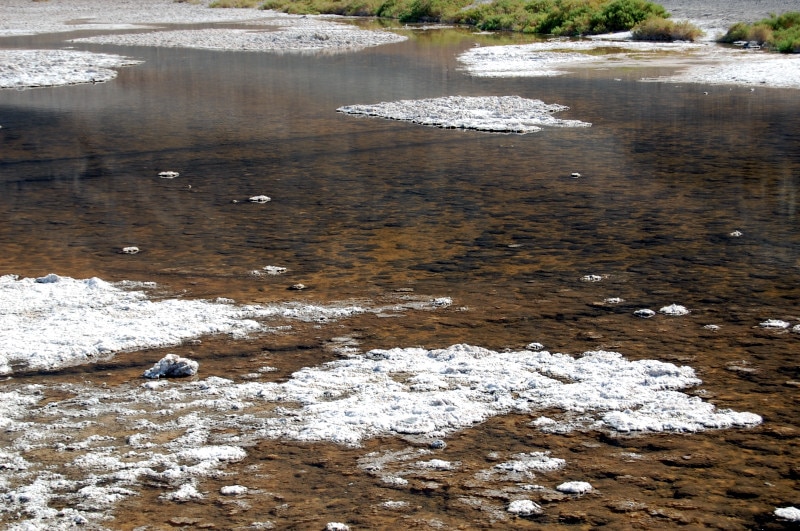 What to see at Badwater Basin

In summer, the Badwater Basin temperature will be well over 100 degrees, sometimes as hot as 120 – hence the warnings from park personnel. Surprisingly, despite the stifling heat, there’s a permanent pool of water.

The Badwater Pool is fed by an underground spring. As the pool rests atop the desert salt flats, the water is five times saltier than the ocean.

Our planet is amazing in that no matter how harsh the conditions are, you can always find organisms that will survive there. Here, it’s the tiny Badwater snail. If you look closely, you can see the snails curling up in the pool. 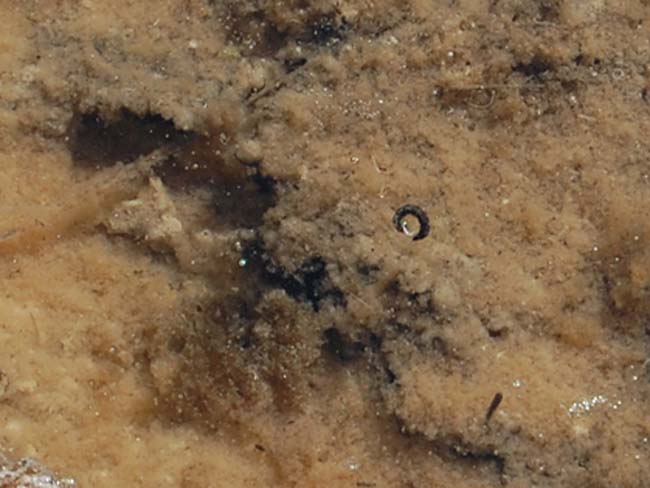 Near the pool, you’ll find the salt flats, a crusty mass of land that feels like dried-up mud. You can walk out onto the salt flats if you like. The complete absence of any greenery or rocks makes this a really strange place to stand on.

You can walk farther out onto the flats if you like. Just take water and don’t over-exert yourself. Remember that the walk back is going to be just as long as the walk out there! 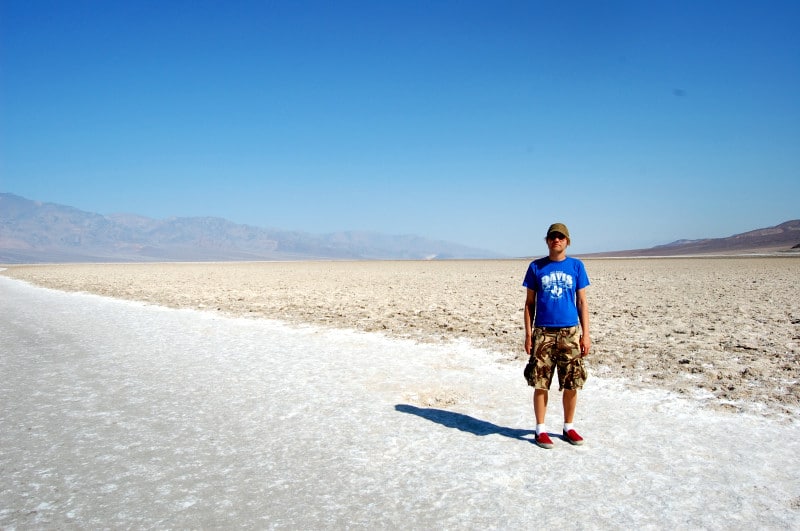 According to the NPS, most of the salt in these flats is plain ol’ table salt. Flats form in arid climates when evaporation causes everything to disappear except the salts.

The flats cover a whopping 200 square miles, and vehicles are prohibited in that part of the park due to their fragile nature. Sadly, there have been cases of vandals driving vehicles out onto the flats and then abandoning them.

And that’s pretty much it for Badwater Basin. The main appeal of the place is the novelty of going to a location 282 feet below sea level. You can look up at the nearby mountain to see the sign which indicates the precise location of sea level. 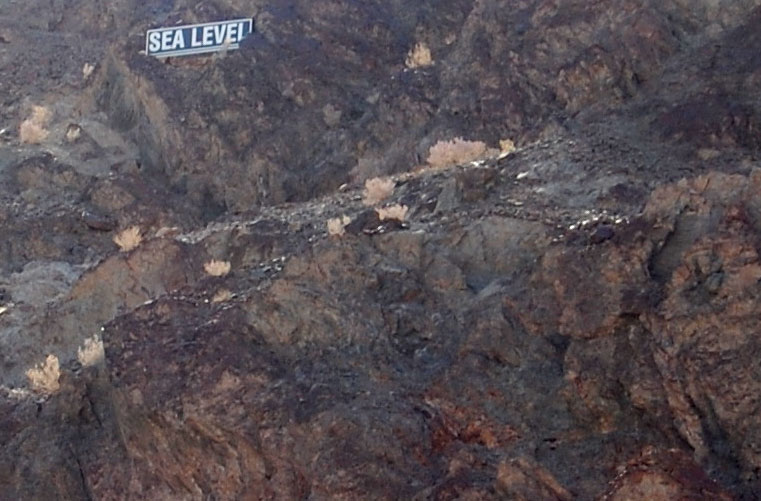 So go to Death Valley National Park and check out the Badwater salt flats and the pool. Just don’t forget to bring plenty of water. And wear sunscreen. And a hat. Otherwise, you might get fried like an egg. Or so I hear.

3 thoughts on “Visiting the Badwater Salt Flats in Death Valley”