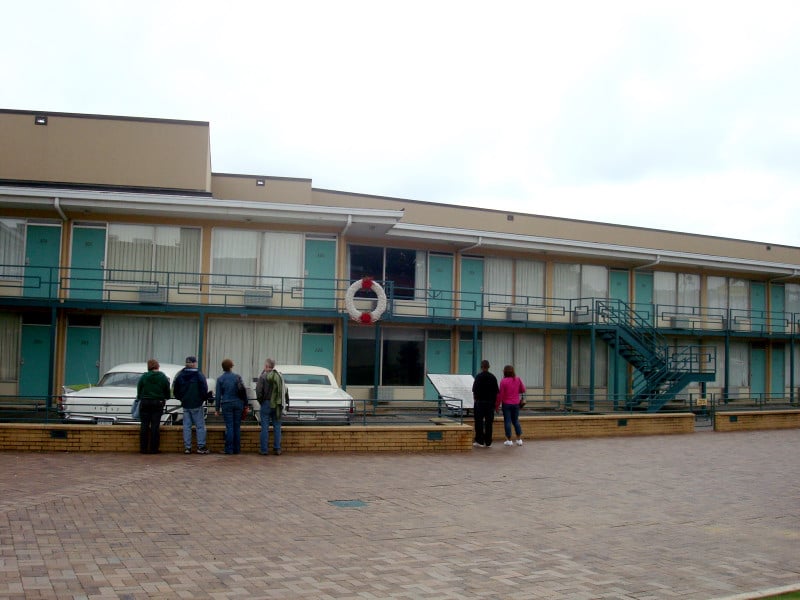 The National Civil Rights Museum in Memphis was one of the most overwhelming museum experiences I’ve ever had. To be sure, this is not a “quirky attraction.” It’s a serious, sobering examination of our history.

The museum was built in and around the Lorraine Motel where Martin Luther King, Jr. was shot and killed. They’ve preserved the room where he stayed and all the artifacts relating to his killing. Even the bullet that was removed from his body is on display, for crying out loud.

It’s almost too much. It’s definitely informative, and anyone truly interested in American history or issues regarding race and civil rights should make a visit. 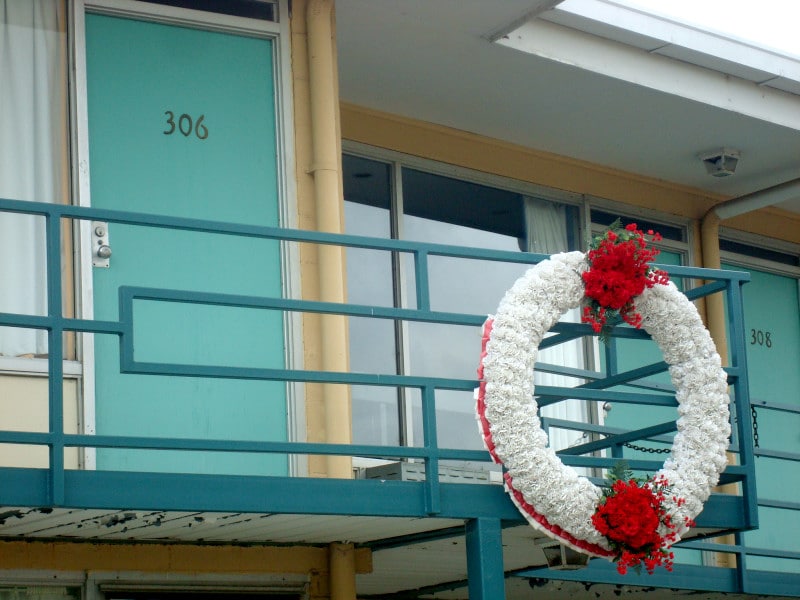 They have displays covering the timeline from slavery to the present day, going through the slave revolts, court battles, bus boycotts and Washington DC protests and marches.

A wreath marks the exact spot on the balcony where King was shot in April, 1968. The tour takes you inside the hotel, right next to the balcony.

The tour continues across the street, into the building where James Earl Ray is believed to have fired the fatal shot. This part of the tour is a bit freaky. You can see the actual bathroom and look out the window the shot supposedly came from. 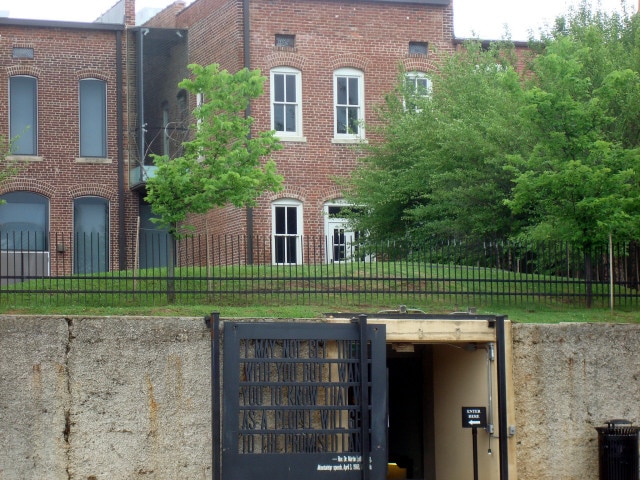 In 2014, the museum opened after a renovation that greatly increased the number of exhibit space. In 2016, the museum became a Smithsonian Affiliate museum, adding another layer of prestige to the site.

Permanent exhibitions here include a display about the 250-year history of slavery in America, another about Rosa Parks and the Montgomery Bus Boycott, and one about the famous student sit-ins, such as the one in Greensboro, North Carolina.

Basic hours are 9 to 5 everyday except Tuesday, when they’re closed. As of 2019, the ticket price for a standard National Civil Rights Museum ticket is $16 for adults. Seniors and students pay $14, while kids 17 and under pay $13. Headset rentals are available for audio tours.

Photography used to be banned inside the National Civil Rights Museum, but it is now allowed without flash. The museum sometimes hosts special events like speaking and reading engagements.

For more info, check out the museum FAQs. And check out our post on the Martin Luther King Historic Site in Atlanta.

2 thoughts on “Visiting the National Civil Rights Museum in Memphis”