I can’t wait to dig my hands into this pile of dirt and manure.

Back home, the thought of spending an afternoon playing in soil would not be very appealing. But here in the Dominican Republic, the greater cause at stake changes my perspective. I’m participating in the Reforestation impact activity on the Fathom volunteering cruise, and we’re helping to restore and replenish this part of the forest.

Our group of roughly 30 people is here in the city of Puerto Plata to collect seedlings, fill small bags with soil, and insert the seedlings into the bags. Two days later, another Fathom group will take the bags and plant them in an area that will someday be covered in trees again. 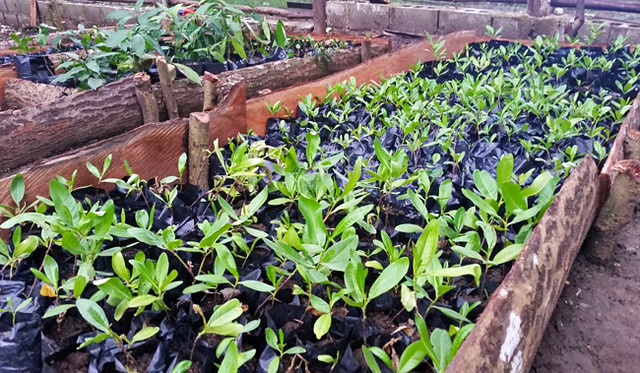 The Reforestation project is one of several impact activities cruise patrons can engage in. Before the week is over, we will also help recycle paper and tutor students in a rural school. Other guests will pave concrete floors in the homes of families, visit local adults to help them with their English skills, and create water filters that residents can use to purify their tap water.

When the week is over, the time spent cruising to the Dominican, hanging out with other passengers, engaging in meaningful volunteer activities with community organizations, and getting to know the town of Puerto Plata will be one of my most memorable travel experiences ever.

The opportunity to make a difference is the driving force behind the Fathom cruise, which began sailing in April. The cruise on the 700-passenger Adonia sets sail from Miami to Puerto Plata every two weeks, while traveling from Miami to Cuba on the alternate weeks. 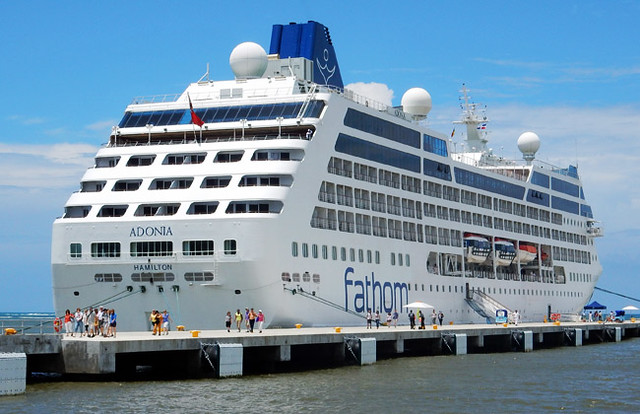 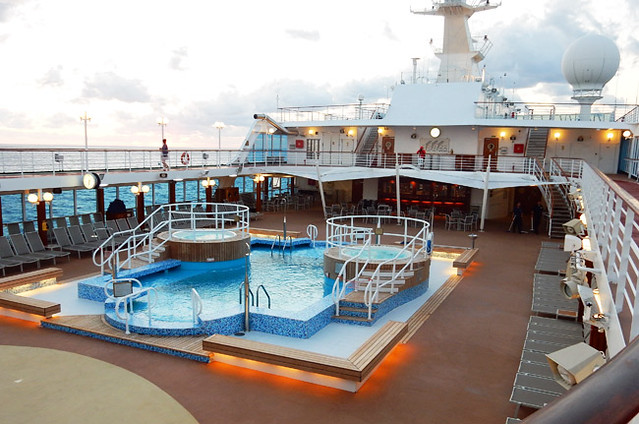 When Fathom, a subsidiary of Carnival, first announced its “voluntourism” (volunteer tourism) cruises, some observers were skeptical. Would this be real volunteering with significant benefits for local residents, or would it be a series of shallow activities designed to make tourists feel good about themselves?

It didn’t take long to discover the answer to that question. The impact was visible and obvious at the conclusion of each activity. By the end of our afternoon at Reforestation, we could see the dozens of seedlings waiting for new homes.

When we left the RePapel recycling center, we saw hundreds of sheets of new paper we had created lying the sun waiting to dry. Those who laid concrete floors and handmade water filters could see the tangible benefits of their hard work and see the smiles on the faces of thankful families who would benefit from them.

These volunteer activities weren’t created specifically for tourists; they already existed in Puerto Plata, run by local organizations like Entrena and IDDI. The Fathom volunteers simply augment the existing work force for the days they’re in town.

These programs have measurable goals, and Fathom keeps its guests updated on how much progress has been made toward each target. By the end of Fathom’s third Dominican cruises, passengers had planted over 6,000 seedlings, produced more than 2,000 sheets of recycled paper, created 156 water filters, and paved concrete floors in seven homes for 49 residents. 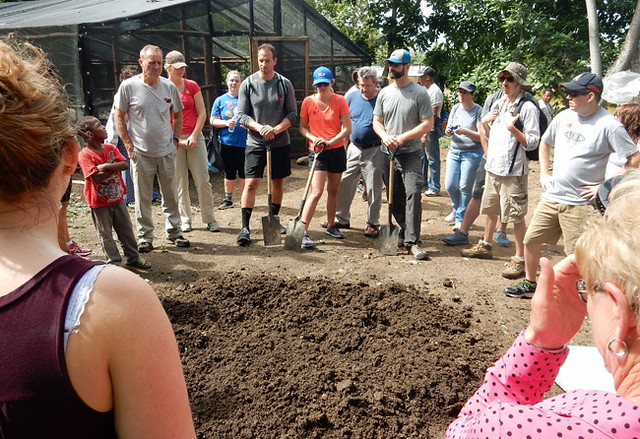 While each volunteer’s efforts may be just a small piece of the puzzle, the cumulative impact adds up quickly. Those numbers don’t include the impact on the economy, like the dollars cruise patrons are spending in the city, and the fact that local nonprofits and tour companies have hired new bus drivers and tour guides to accommodate the Fathom guests.

People often talk about how travel can be life-changing. That is not always the case for me. Sometimes, I simply enjoy a destination before returning home to my normal life. This trip was different. It was the first time in a long while that I returned from a travel excursion with a new sense of motivation. 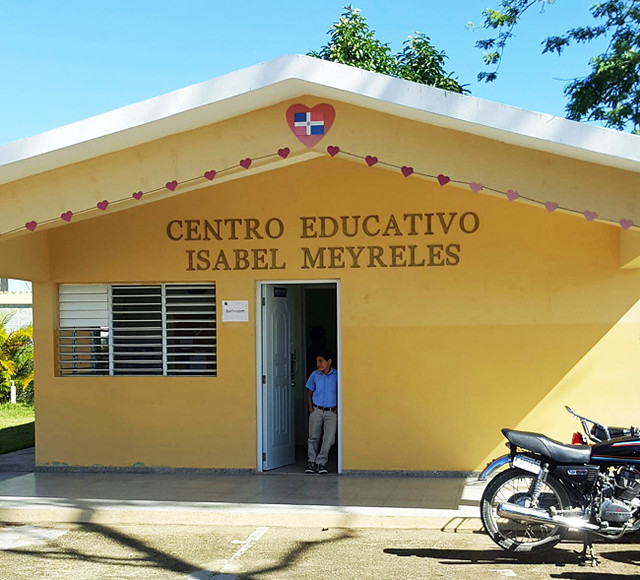 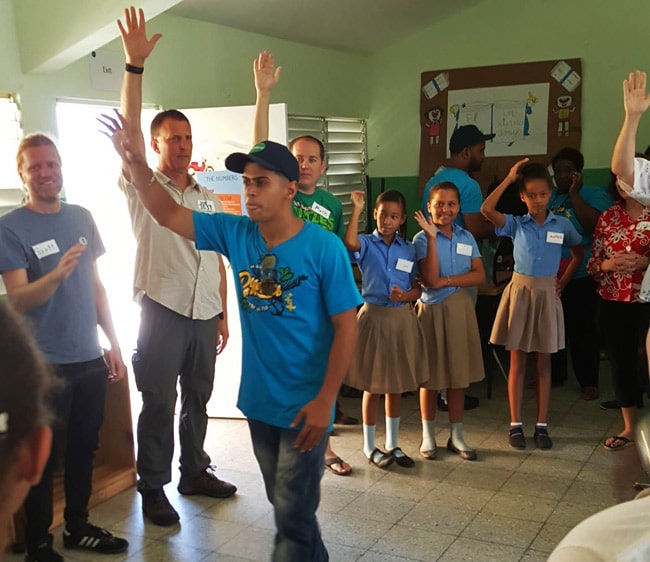 I was invited to attend the May 8 Dominican cruise along with several other travel professionals and came away very impressed with the experience, as did many of my new friends.

Keep in mind these were seasoned writers and industry veterans, people who have been everywhere and seen everything. Yet all of us had stories to share about the memories we would be taking with us of the people who made this trip so worthwhile.

Like Yolanda and the other women at RePapel who danced and sang the day away as we shredded paper and reformed the pulp into new sheets. The smile on Nathalie’s face when the 12-year-old finally learned how to properly distinguish “three” from “thirteen” while practicing her English numbers. The 8-year-old neighborhood boy who came over to watch while we bagged soil and collected plants – and then joined in. The young mother who was grateful for the practice speaking English because it could someday help her get a better job. 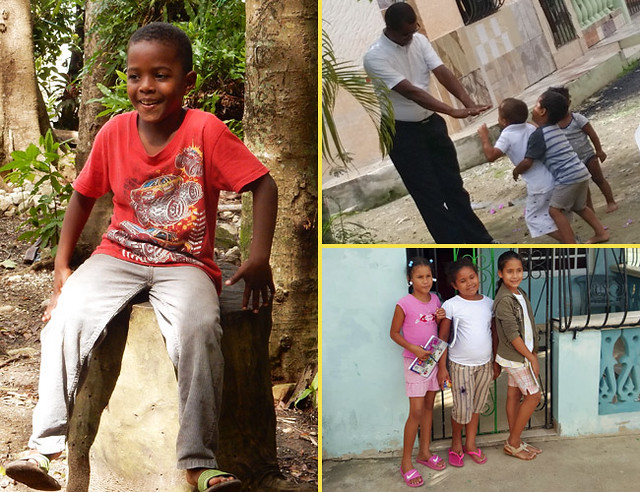 The Adonia stayed in Puerto Plata for three full days, allowing ample time for participating in multiple impact activities and for exploring the city on our own.

For people who have spent months or years volunteering abroad, three days may seem like nothing special. But for those who have never had such an experience, being able to spend time providing some small degree of assistance to communities that need it is humbling and rewarding.

In many cases, the journey to the volunteer activities was a cultural experience itself. The Reforestation shuttle to Isabel de Torres National Park passed through narrow, hilly streets that gave us a chance to see large portions of the working class neighborhood.

The bus to the school in the distant town of El Cupey traveled down a bumpy dirt road for more than 30 minutes, during which time we saw the beauty of the area’s surrounding mountains and the quirks of small-town Dominican life, like the enterprising locals who travel by horse or donkey to sell milk door-to-door. 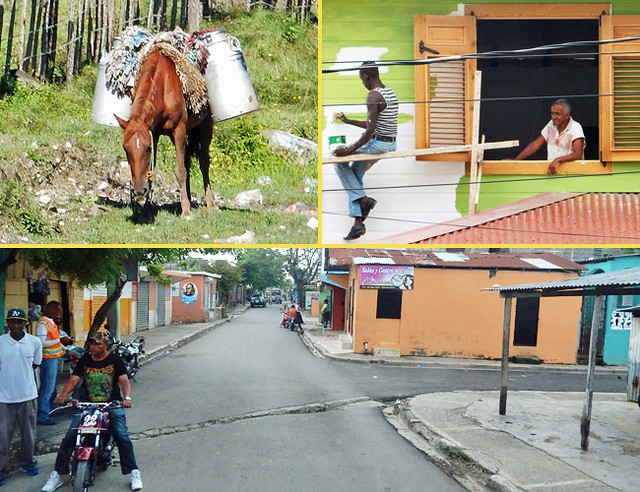 In terms of the overall Fathom cruise experience, there are a few minor scheduling and communication issues to be worked out, but for the most part the activities are well-planned, and the organization definitely has the best of intentions.

While the ship is at sea, visitors can attend various workshops to learn more about the Dominican Republic and volunteering in general, in addition to sessions like “Design Your Life of Impact” and “Curiosity Advantage” that challenge attendees to think about their own skills and how they can use those positively impact their lives and the world around them.

The cruise includes onboard performances from local Dominican bands, as well as many of the basics that you might expect on the ship, like yoga and pilates classes, a fitness center, a swimming pool, and games like ping pong, foosball, and giant Jenga. I took part in a morning yoga experience, which was cool since there was a nice, gentle rock as the boat moved along.

Clearly, a lot of time and effort has gone into putting together this cruise and its impact programs. While the experience isn’t quite the same as spending months volunteering overseas, I can strongly recommend Fathom’s Dominican cruise for folks who want to experience a new culture while getting a taste of what it feels like to make a difference.

Even though this was a volunteer cruise, there was still time to do some sightseeing. We got to ride the Teleferico cable car, visit the Amber Museum, and visit the 27 waterfalls of Damajagua.

I returned home from the Dominican motivated to find ways to better my own community. Perhaps a Fathom cruise will inspire you to do the same.

Update 2021: The Fathom volunteer cruise brand lasted only about four years. Unfortunately, the market for folks who want to take part in volunteer cruises wasn’t as large as hoped, and Fathom folded. Some of those volunteer activities are expected to be made available on some of the standard cruises from Carnival, the company that owned Fathom.

6 thoughts on “Giving Back: The Fathom Volunteer Cruise to the Dominican Republic”