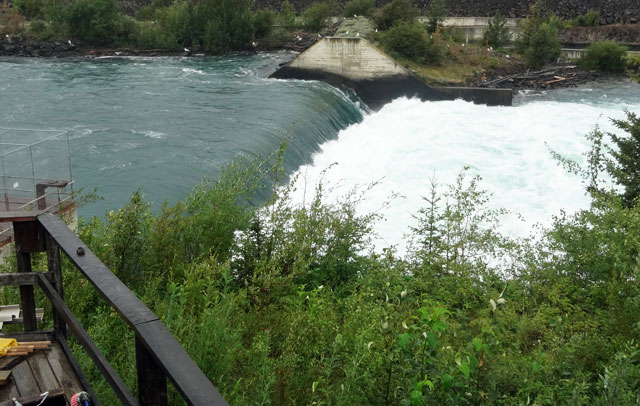 At this very moment, chinook salmon are winding their way through the longest wooden fish ladder in the world, following the man-made passageway to allow them to avoid the Whitehorse Rapids Dam and return home to lay their eggs.

And onlookers are gazing at the salmon through underwater viewing tank windows at the Whitehorse Fish Ladder, one of the quirkiest attractions I discovered in Canada’s Yukon territory. 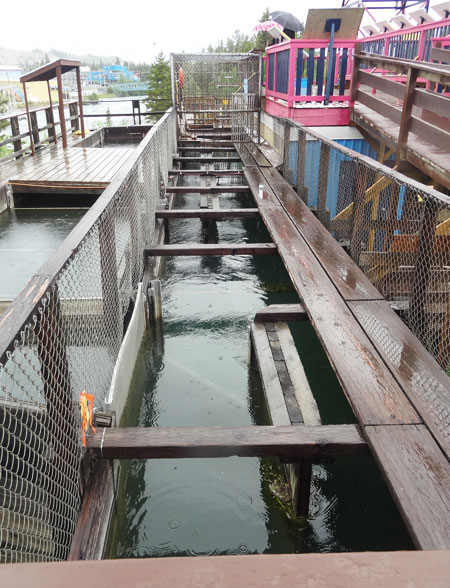 The construction of the dam in Whitehorse, Yukon, Canada in 1959 made life difficult on the salmon swimming back upstream to lay their eggs. So a fish ladder was installed, allowing salmon to bypass the dam and continue their return journey.

The salmon migration from the Bering Sea all the way to Whitehorse is the longest in the world, at nearly 2,000 miles. It takes them three months, and they don’t eat along the way.

The ladder itself is 1182 feet long and consists of a series of steps that rise a total of 60 vertical feet. In addition to salmon, grayling, trout and northern pike can be seen here.

This year, the first two salmon arrived at the fish ladder on July 21, the earliest salmon arrival in more than a decade. Typically, more than 1,000 salmon (each one is counted) will continue passing through the ladder over the course of a few weeks, with mid-August being the peak time.

The number of salmon varies. Three years ago, 1227 salmon passed through, but the following year, that number dropped to 690.

When I visited, the salmon hadn’t yet shown up that summer. But I did see a couple of other smaller fish in the viewing windows. 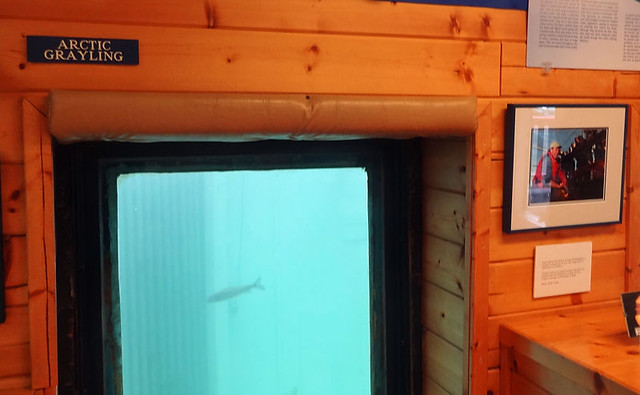 Just like there’s a Bald Eagle Cam in Whitehorse, there’s also a Fish Cam at the ladder to allow folks from around the world to view the salmon.

If you happen to be in Whitehorse even when it’s not salmon season, you can still stop by the Fish Ladder to peer through the windows, read the informational displays, step outside on the platform and view the ladder from above, browse the collection of educational items (such as a First Nations fish trap), and see the locally-created artwork. More than 18,000 people visit the Fish Ladder annually. 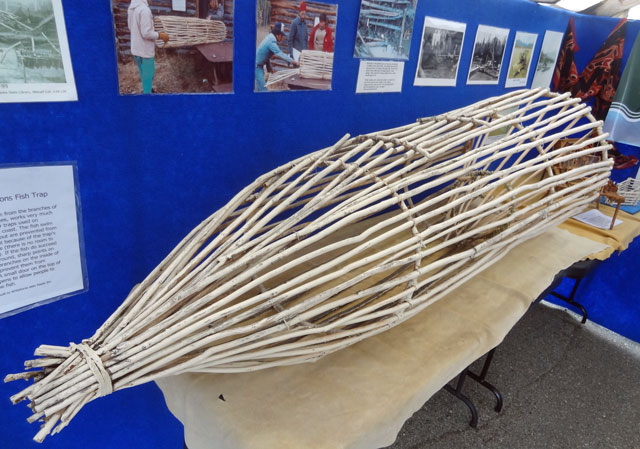 This was one of the coolest things at the Fish Ladder: a piece of artwork with various fish decorated in several different ways: 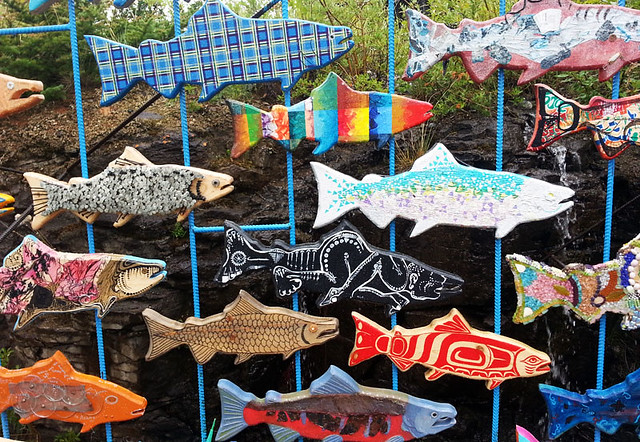 Just downstream from the fish ladder is the Whitehorse Rapids Fish Hatchery. Started in 1984, the hatchery fertilizes salmon eggs each year and releases the hatched salmon into creeks in the Yukon River system.

The Whitehorse Fish Ladder won’t take up much of your time, but it’s worth a stop. Other awesome activities in the Yukon territory include gold panning, flightseeing in Kluane National Park, and joining the Sourtoe Cocktail Club. Here’s a list of more things to do in Dawson City, and a photo essay of pics from all around the Yukon.