As I begin walking down East Carson Street at 12th Street, I hear a honk and look over to see a former co-worker driving past. I wave and continue on, passing two more faces I recognize as I walk by Slacker, a Hot Topic-ish independent clothing store, and Dee’s, my favorite dive bar.

A few blocks later, I bump into another former co-worker, and then one of my former volleyball teammates. It’s been two full years since I’ve actually lived in Pittsburgh, and yet within 15 minutes, I have seen five familiar faces in my former hood. This is one of the many reasons why I love the South Side of Pittsburgh.

Things to do on the South Side of Pittsburgh by day

The South Side strikes me as the Greenwich Village of Pittsburgh, Pennsylvania. It is the city’s best walkable neighborhood. Things are pretty calm during the day, as those without 9 to 5 jobs wander the streets and go about their business.

They say the South Side is one of the few places where you regularly see both old ladies with blue hair and punk kids with blue hair. The working-class neighborhood turned into a popular destination many years back, as dive bars, record stores, funky coffee shops and lots of tattoo parlors began popping up. 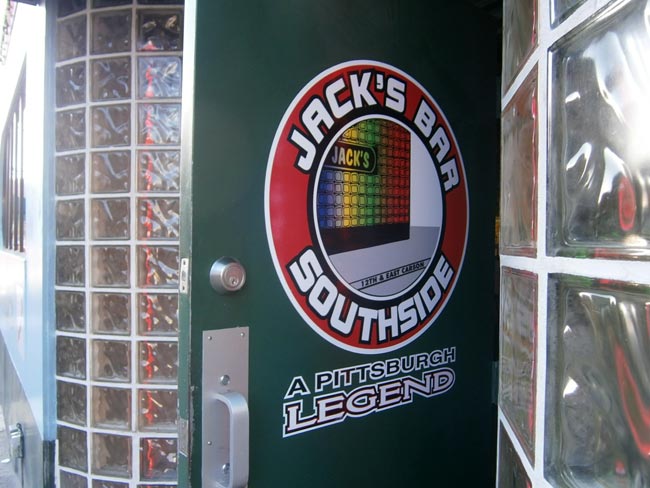 Some of my personal favorite spots on the South Side include the Beehive, the most awesome indie coffee shop I’ve found in any city, a place where I’ve found myself simultaneously chatting with girls with pink hair and guys in suits (sadly closed in 2019); Jack’s, a friendly local bar open 365 days a year; Thai Me Up, a fantastic and affordable Thai restaurant; and Lava Lounge, a quirky lava themed bar that I’ll always remember for its Friday night ‘80s dance parties.

Looking out the window at Thai Me Up: 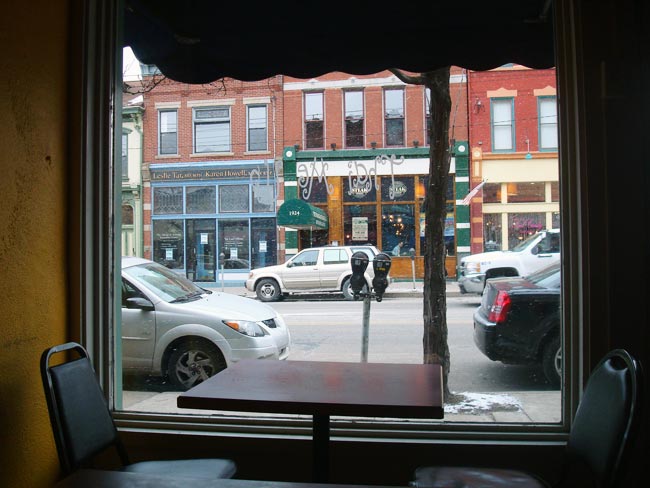 The hood is a 30-45 minute walk from downtown, so it makes for a nice walk to work on pleasant days. There’s also a walking and biking trail along the river. The trail was recently connected to another longer path, so it’s now possible to bike directly from the South Side of Pittsburgh all the way to Washington, D.C.

Things to do on the South Side by night

At night, the South Side turns into party central. The neighborhood has one of the highest concentrations of bars of any place in the country, ranging from sports bars to upscale clubs to dive bars for the hipsters and alternative types.

A view from one of the booths at Dee’s, where I spent many a night chatting with the most fascinating people: 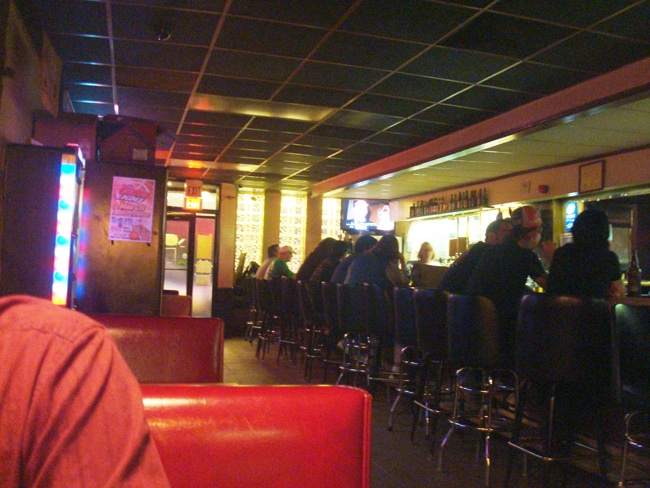 Things can get a little bit crazy with all the partiers on the streets at night, but the madness is a fun thing to be a part of. If you don’t live in the area, finding parking on a Friday or Saturday night is always a battle, but that’s part of the fun. There are no parking garages down there, so parking capacity hasn’t changed from the days when nobody visited the area.

Every street is maxed out with vehicles from locals and visitors. 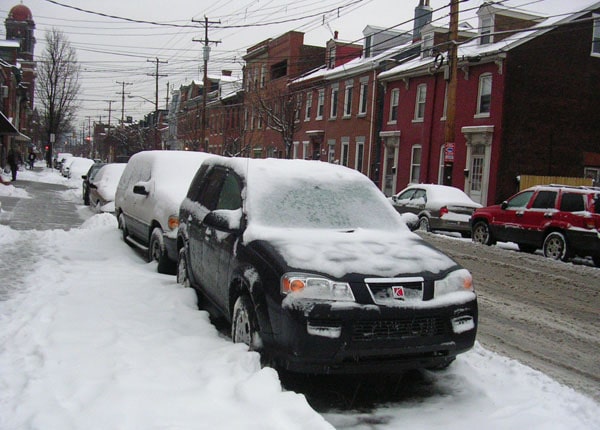 The South Side Slopes

Years ago, Pittsburghers decided they weren’t going to let a little thing like a giant hillside get in the way of their neighborhood, so they built steep, winding roads up the hill, with houses the entire way up. Many of the houses have crazy-long staircases that lead all the way down to the Flats. 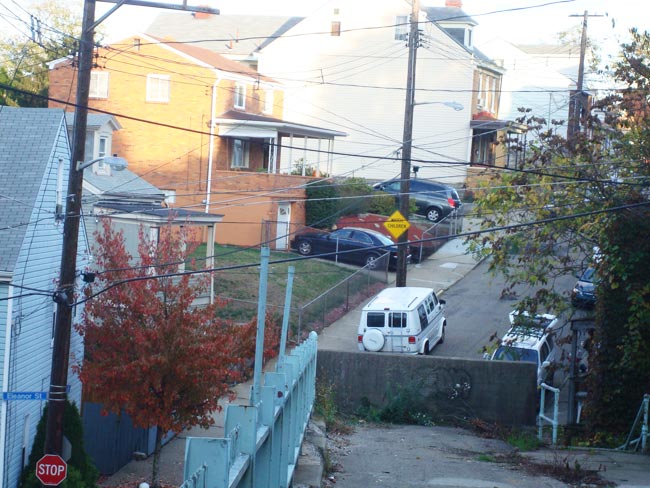 Some organizations will use the staircases as part of walking tours to tell the history of the city. Others use them as part of a fitness routine by running up and down the staircases. The charm of the Slopes is one more reason why the South Side is a cool place to be.

Note that some of these places have closed since I first published this article, but the South Side and East Carson Street are still some of the coolest places in the city of Pittsburgh.

The South Side is close enough that you can walk downtown and even to the Pittsburgh inclines. So it’s really the most convenient spot in the city.