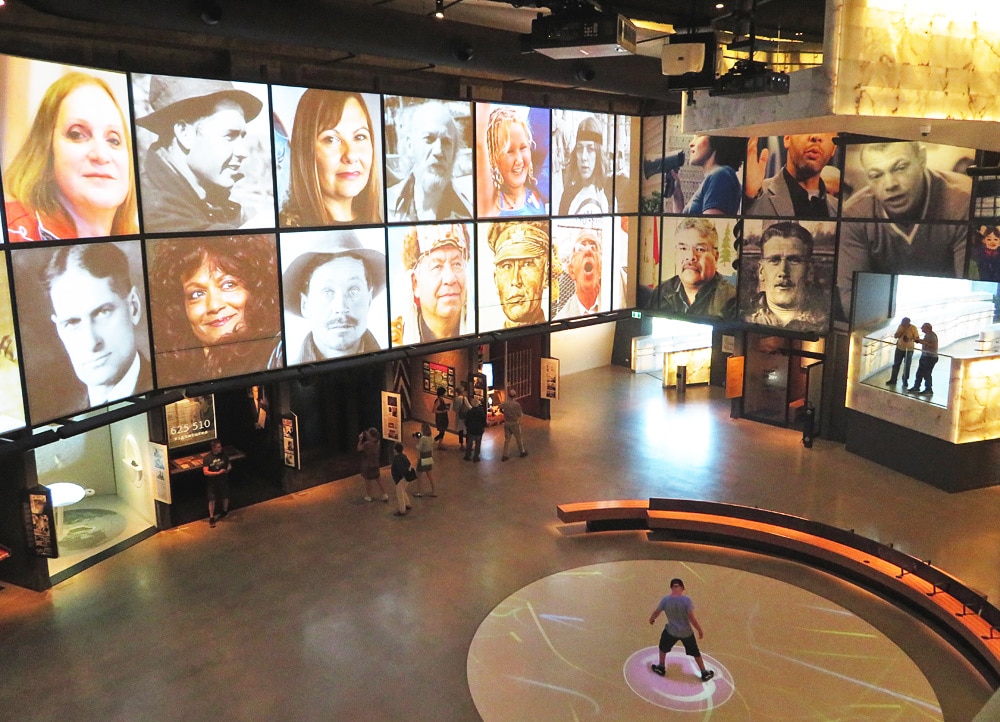 Inspiring, emotional, and educational. Those are three words that come to mind to describe the Canadian Museum of Human Rights in Winnipeg. Few museums can claim to combine all three of those traits, but this stunning modern facility (which opened in 2014) pulls it off with exhibits that document the progress of various oppressed groups of people throughout human history.

From Jesus and Constantine to Nelson Mandela and the Dalai Lama, this eight-level museum has it all covered. You will be moved, and you will definitely learn things you never knew about 20th-century history. 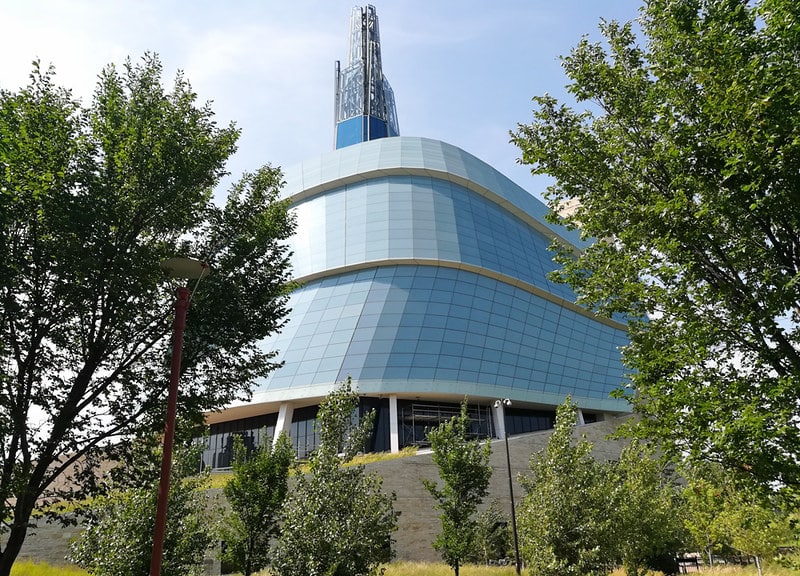 Exhibits in the Canadian Museum for Human Rights in Winnipeg

The Breaking the Silence exhibit features a large room with interactive study tables that teach visitors about the various genocides throughout history. How many instances of genocide could there possibly be?, you may wonder. The answer, sadly, is way more than you could ever imagine. 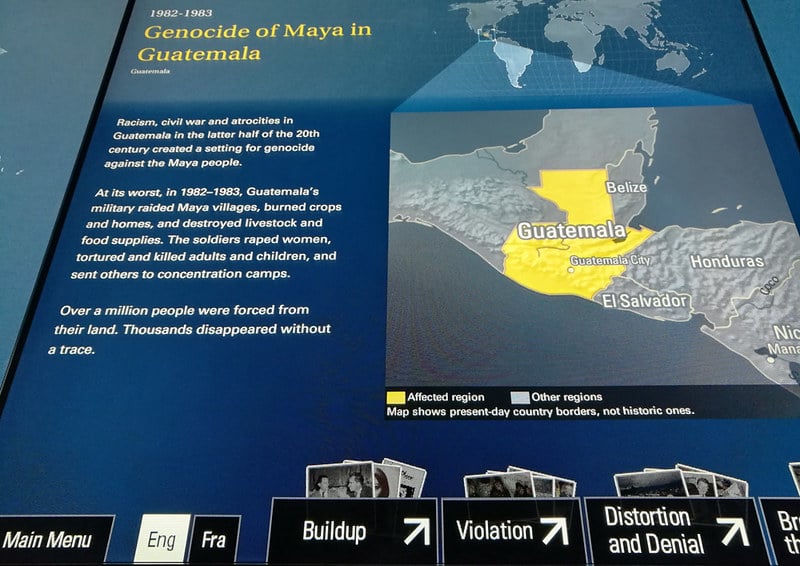 I know a lot about history, but some of these I wasn’t familiar with at all. Such as the Ukrainian Holodomor in the ‘30s, a famine evidently engineered by the Stalin regime that led to the pointless starvation deaths of several million Ukrainians.

Other mass human rights violations covered include the Armenian Holocaust during World War I, the Cambodian genocide in the ‘70s, the genocide of the Maya in Guatamela in the early ‘80s, the Rwandan mass slaughter in 1994, and the Srebrenica massacre in 1995 during the Bosnian War, when 8300 Muslin Bosniaks were killed.

A large room dedicated to Nazi Germany presents artifacts from that time period. This is the passport of a Jewish person in Germany in 1939. All German Jews had their passports stamped with a big red J. 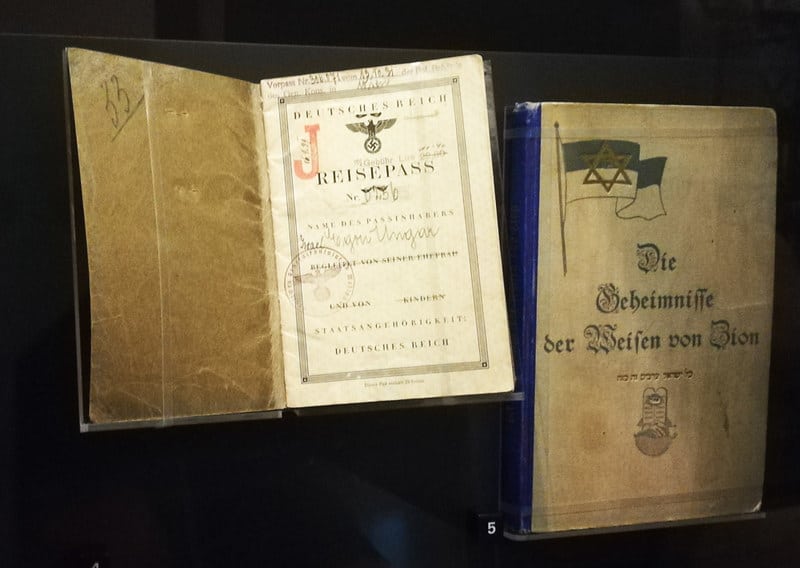 Portions of the museum are dedicated to the native peoples of Canada and North America. Americans are well aware how poorly our government treated Native Americans, but the Canadian government wasn’t much better.

The Indigenous Perspectives exhibit on Level 2 is a great place to hear the story of several generations of First Nations peoples. The room has a 360-degree video screen with personal testimonials and video footage.

Although these exhibits might make the Canadian Museum for Human Rights sound like a depressing place, it’s far from it. The genocide exhibits are some of the most powerful because of their historic importance. But there’s plenty of hopeful energy in the building as well. 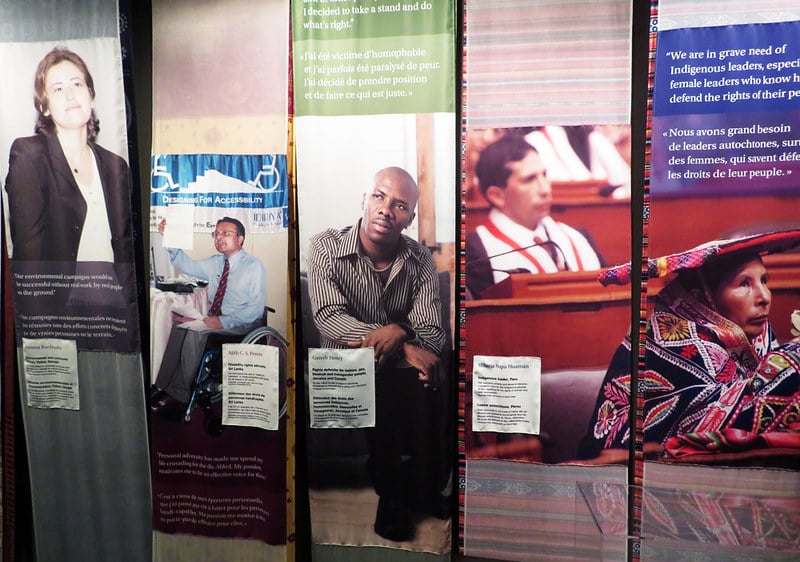 Various races, ethnic groups, genders, and sexual orientations each have their own sections detailing their struggles for equality and profiling some of the folks who are leading figures in their fights for justice. The Rights Today gallery on Level 5 is a great place to find optimism and confidence in the future as our society continues to evolve.

Photos from the Museum

Don’t forget to head to the highest level to take the glass elevator to the top of the Tower of Hope. It’s the equivalent of 23 stories tall and it offers views of the Winnipeg skyline and the surrounding area. 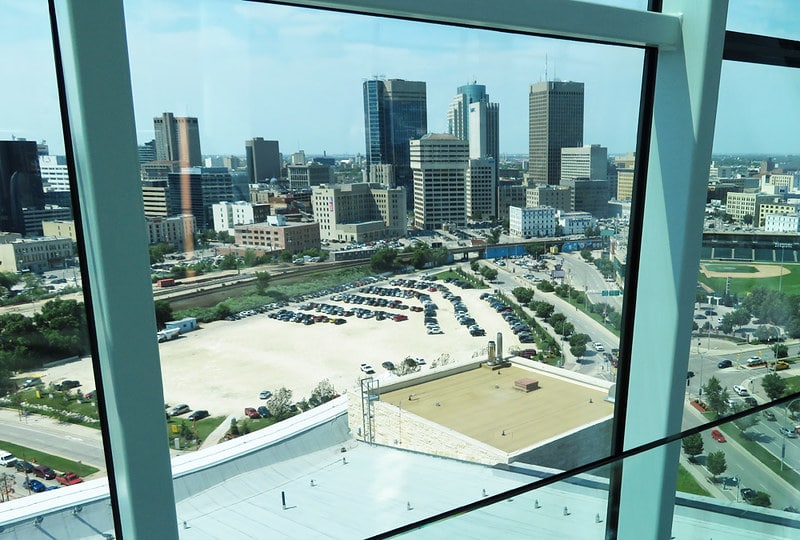 Here’s an awesome photo on display in the museum. On Earth Day in 2005, one thousand Inuit formed a circle to call attention to how climate change has affected them. 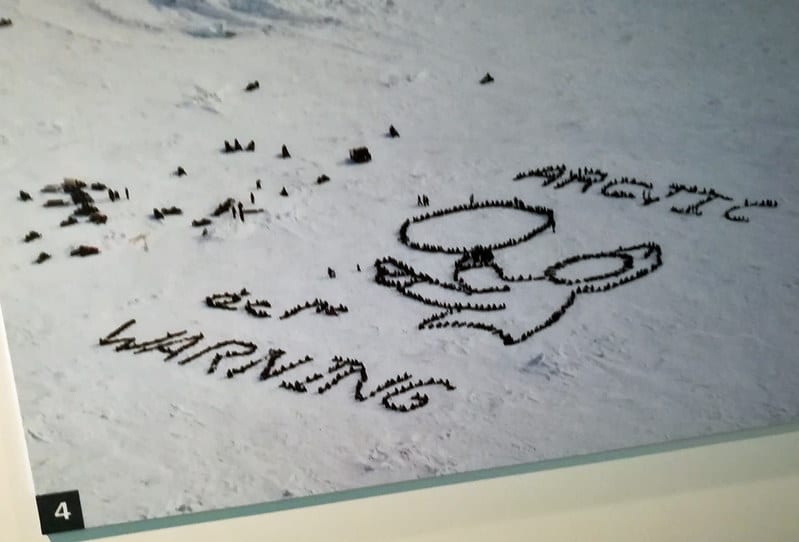 The museum’s staircase itself is an Instagrammable sight.

More sights from the museum: 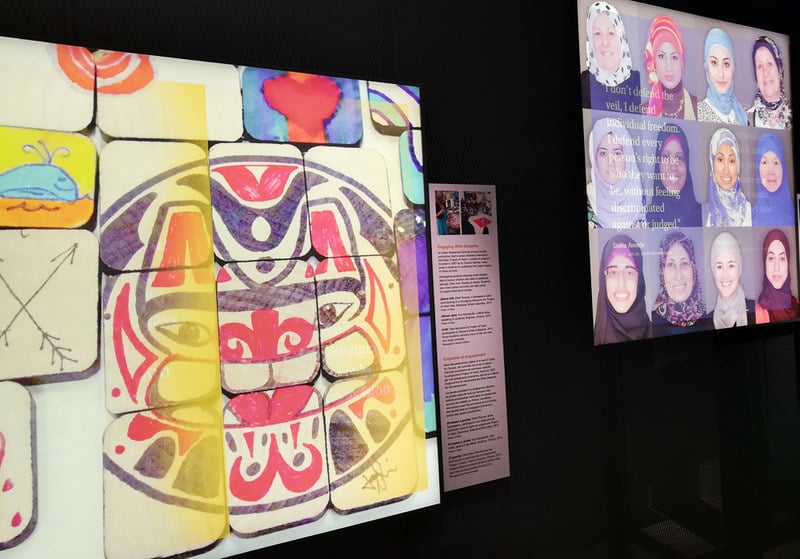 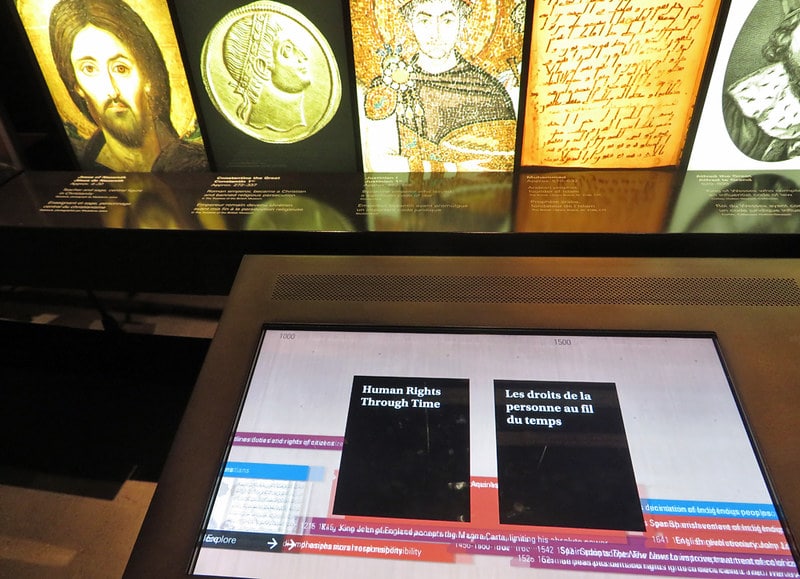 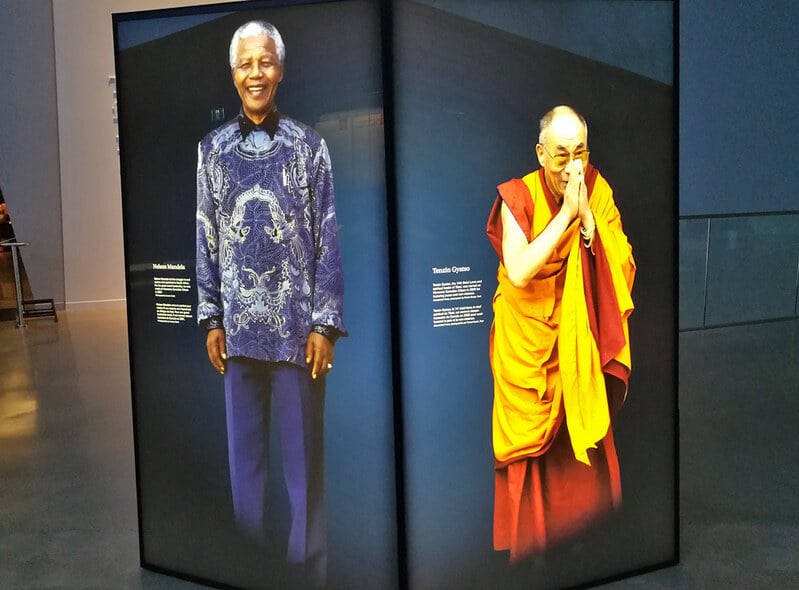 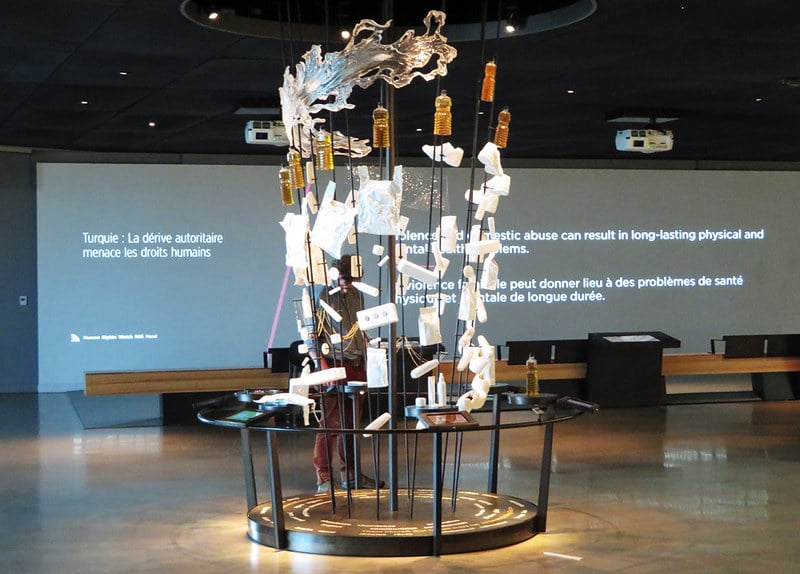 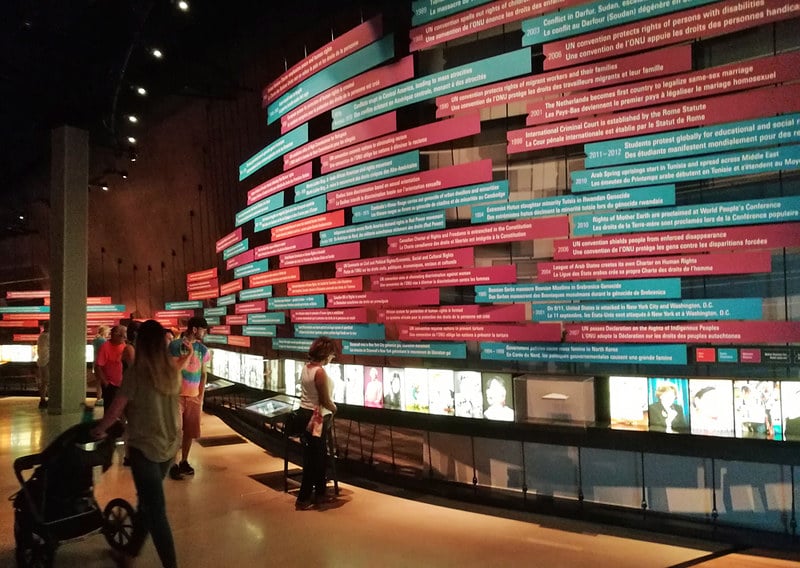 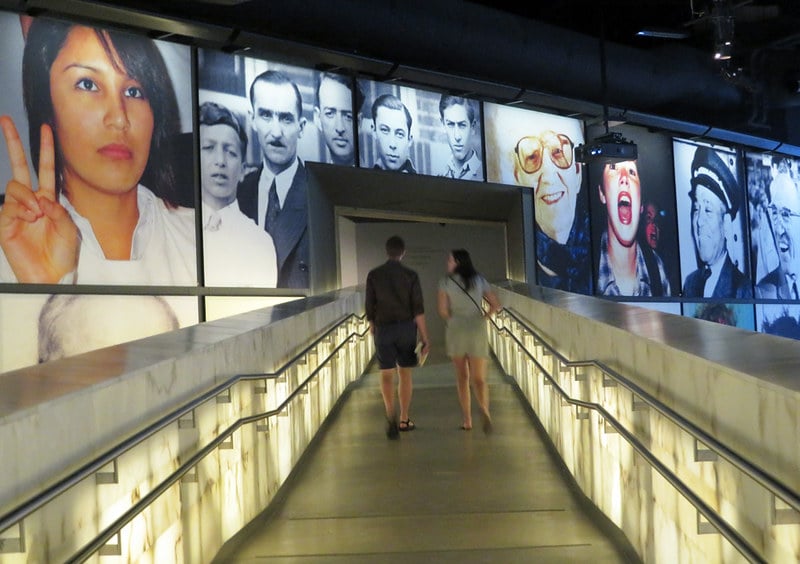 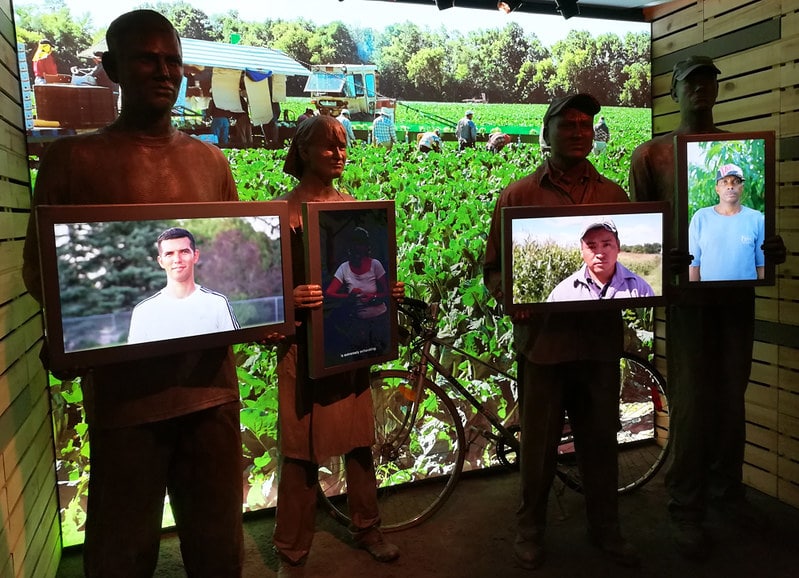 Like the Newseum and the Rock and Roll Hall of Fame, the Canadian Museum of Human Rights is one of those rare attractions where you could almost spend an entire day soaking in all the exhibits and information. It already cracks my Top 5 of the best museums I’ve ever visited.