Wrangell-St. Elias National Park is weird. It’s the largest national park in the U.S., but because it’s located in eastern Alaska, it doesn’t see a ton of visitors. It has cool sights like glaciers and abandoned mining towns, but they’re difficult to reach because the road heading into the park is not paved, and most Alaskan visitors drive rental cars, which aren’t allowed on dirt roads.

That’s why I spent a grand total of only 15 minutes in Wrangell-St. Elias during last summer’s Alaska road trip adventure. I couldn’t pass up the opportunity to stop by, but the visit was one giant tease because I wasn’t able to go beyond the visitor center.

(If you’re really motivated, you can take shuttles deep into Wrangell-St. Elias, but those are costly and time-consuming, so plan accordingly.)

Wrangell-St. Elias National Park and Preserve stretches all the way to the Canadian border, where it meets the Yukon’s Kluane National Park.

Inside the visitor center were constant reminders of everything I was missing out on, like the ghost town of Kennecott. 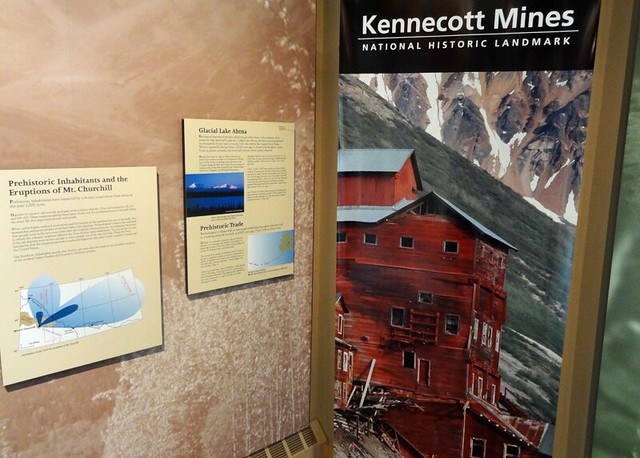 And a map showing how I just barely touched the outside border of Wrangell-St. Elias. The park stretches all the way to the Canadian border. 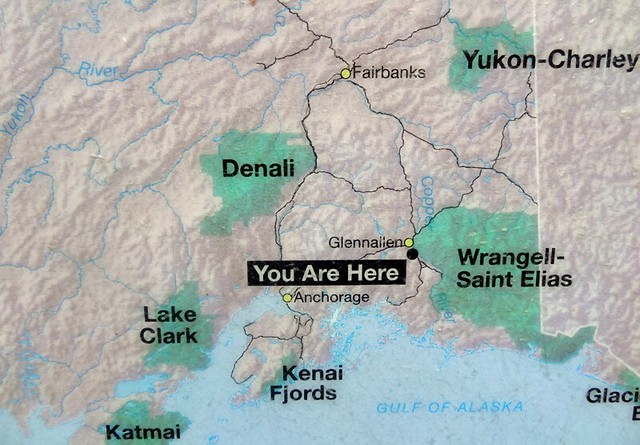 Learning about the Native American groups that once occupied an area is always enlightening. This map shows the native groups throughout all of Alaska. 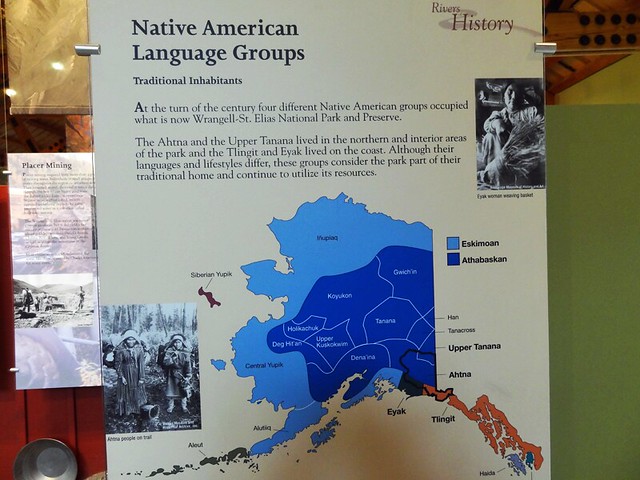 The most interesting sight on the grounds of the visitor center was this fishwheel, called ‘Ciisi nekeghalts el’ by the natives. The fishwheel is a wooden contraption powered by the force of the river. The current spins the wheel, catching fish in a chute and depositing them into a basket on the side of the wheel.

The device was invented by non-natives in the early 1900s, but native Alaskan peoples have adopted it and amended it for their own purposes. It’s still used on the Yukon and Copper Rivers and it’s a much more effective method of catching fish than traditional nets and traps. The fishwheel on display here was built from spruce logs by an Ahtna Athabaskan elder. 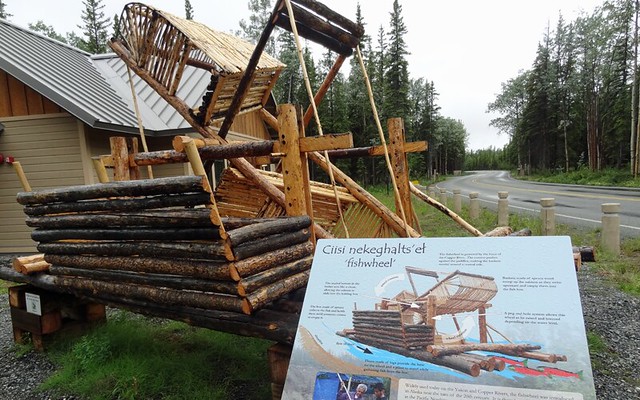 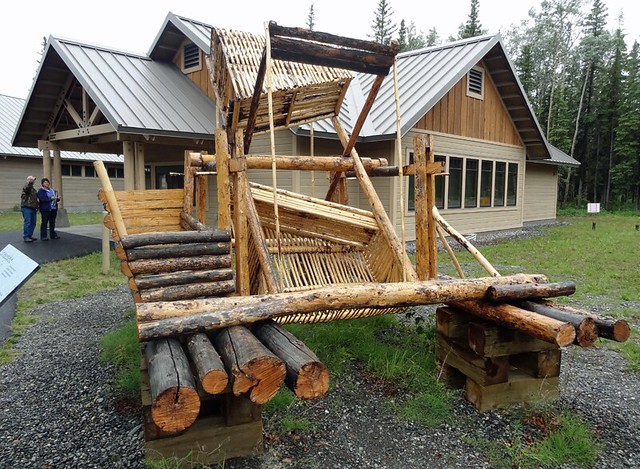 The other big reason to stop at the visitor center is to step up to the viewing platforms and look for Mount Drum (12,010 feet) and Mount Wrangell (14,163 feet), two volcanoes visible on clear days. Unfortunately, as these pictures indicate, I did not visit on a clear day and had to settle for enjoying the view of the expansive forest. 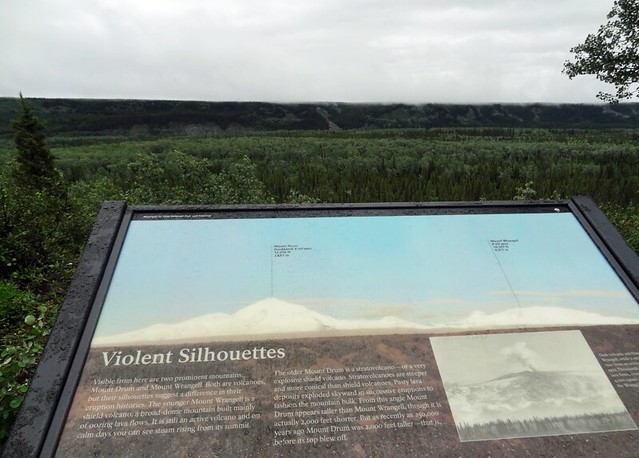 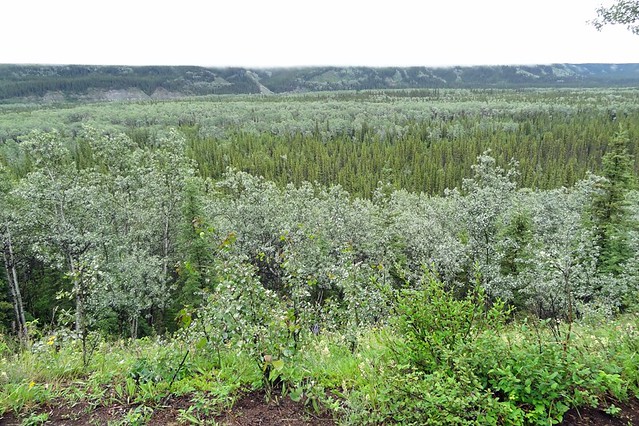 I would love to explore Wrangell St. Elias National Park more thoroughly at some point. Rebecca from Travels at 88mph made it all the way to Kennecott, so check out her story for more details about the interior of the park.

Would you visit Wrangell St Elias National Park even if you couldn’t explore beyond the visitor center?