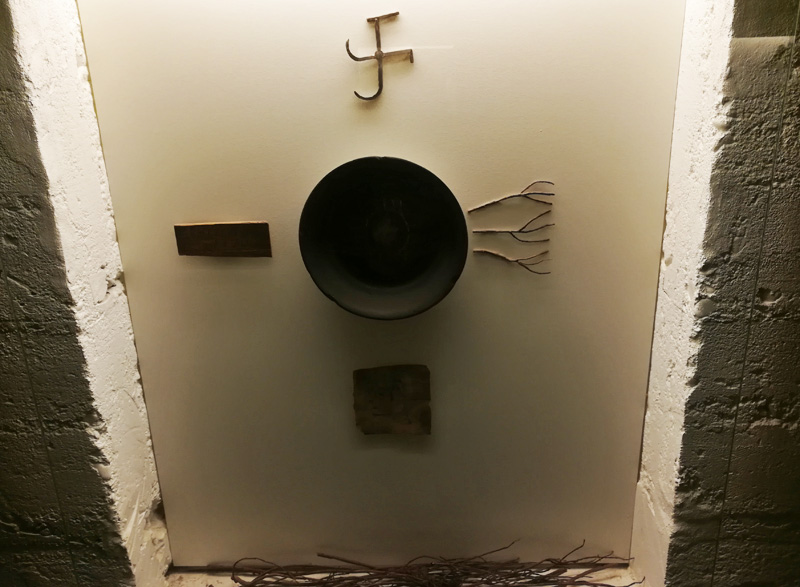 Welcome to the “Home of the Necropants!” The Museum of Sorcery & Witchcraft is one of those unusual attractions that could only be found in Iceland. There are so many cool things in Iceland, but this museum is one of the most unique!

Iceland has a long history of embracing folklore, legends, and witchcraft, and Strandagaldur (the museum’s Icelandic name) details it all. 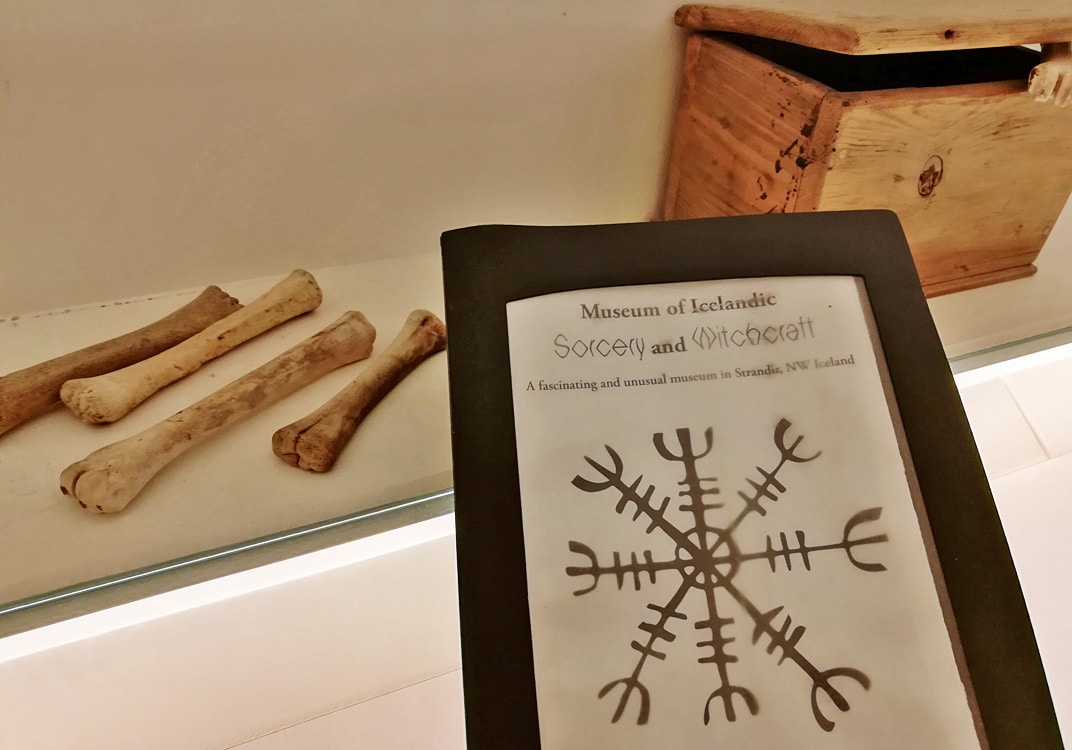 The two-level museum boasts a number of interesting pieces, but it’s become best-known for its display of the infamous “necropants.” 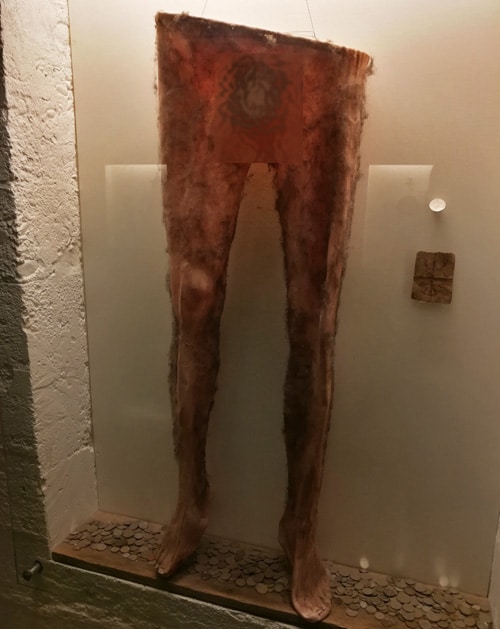 According to an old folk tale, people could gather wealth by supernatural means using the nabrok (which literally translates as “death pants.”) A sorcerer would dig up a dead man’s body, remove his skin from the waist down, step inside it and wear it as his own. That’s not creepy at all!

Yes, I blurred out the plastic replica genitalia, because you never know how Google feels about that sort of thing. See the unblurred photo of the necropants here.

There’s more to the necropants legend involving coins, scrotums, widows and lice. You can read the rest of the tale yourself. If you dare. 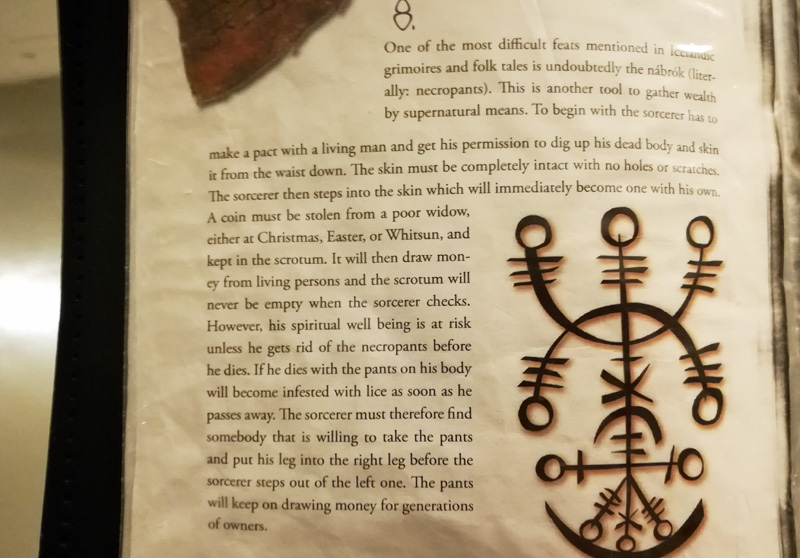 Contrary to what you might have read elsewhere, the necropants on display in the museum are not made from actual human skin. They are merely a replica. Even so, seeing them hanging in a display case gave me the willies.

Exhibits at the Museum of Sorcery 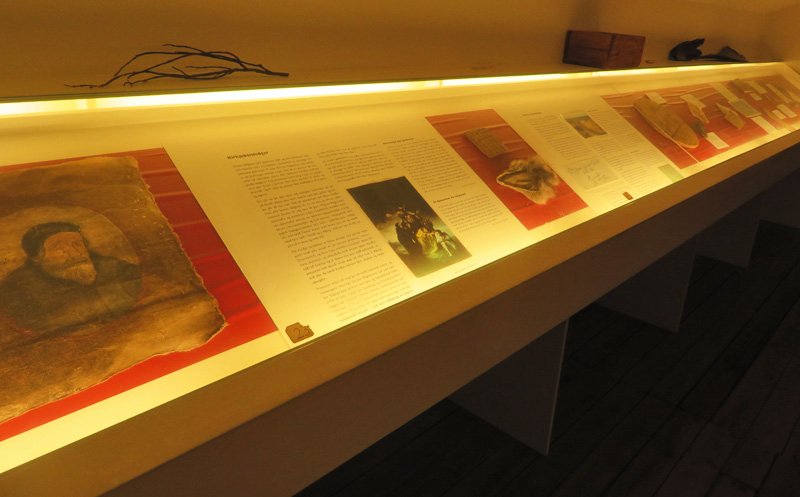 While some many museums are based around cool artifacts of historic significance, the Museum of Icelandic Sorcery & Witchcraft is more of a “reading and learning” museum.

Like the necropants, most of the exhibits on display are replica items. The real value here is in reading the captions and the museum booklet (available in several languages) to learn about Icelandic folklore and sorcery legends.

Every culture has its own unique symbols, such as Irish Celtic symbols, for instance. Many of the exhibits on display in this museum bear unique symbols or markings that add to the mystery of the Sorcery Museum.

The brochure tells the story of several Icelanders throughout the centuries who were placed on trial for possessing supernatural powers. Just like the early American witch trials, most of these cases sound ridiculous to us today. A lot of people were tried for “raising the dead,” then burned at the stake after they were convicted. 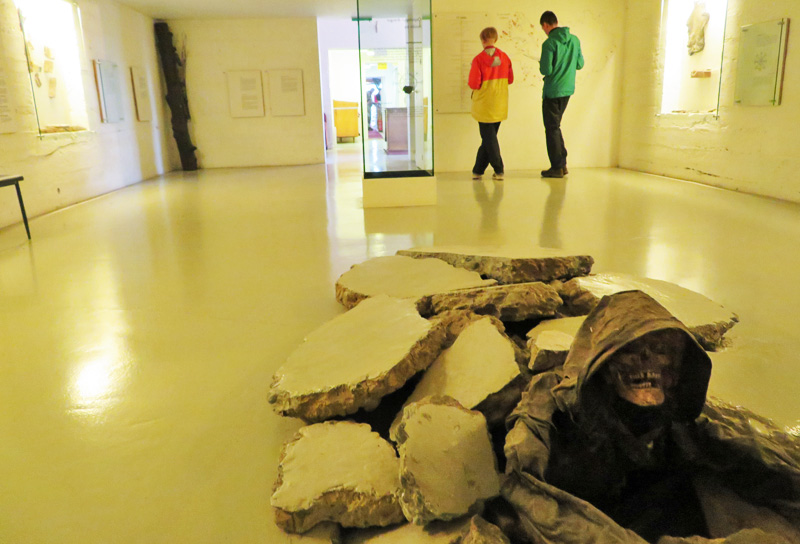 This skeleton rising out of the museum floor is in honor of Jon Rognvaldsson, who was accused of bringing a dead man back to life to attack his enemy. The authorities burned Jon in 1625 for these supposed crimes.

Records show that stake burning was not an ideal way to execute someone. On multiple occasions, the flames burned through the ropes, allowing the victim to make a run for it while still on fire. Yeesh!

Here’s a partial list of folks who endured the burning alive treatment: 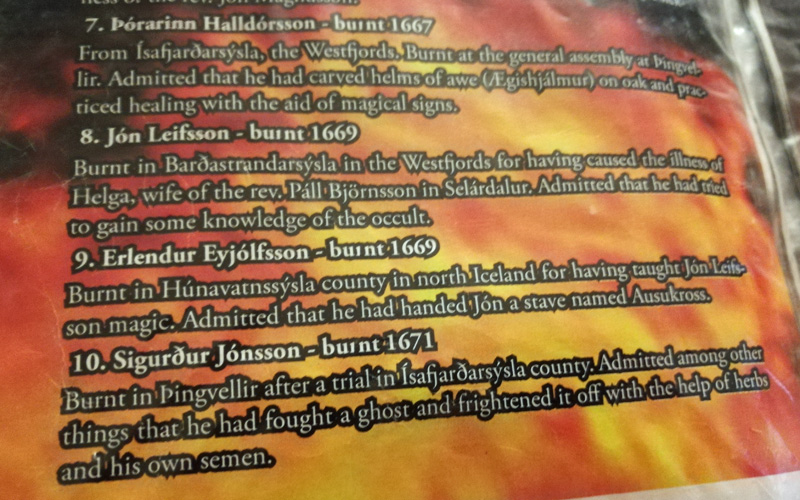 Some of these rituals were weird. Here’s a separate exhibit, with an item that speaks for itself: 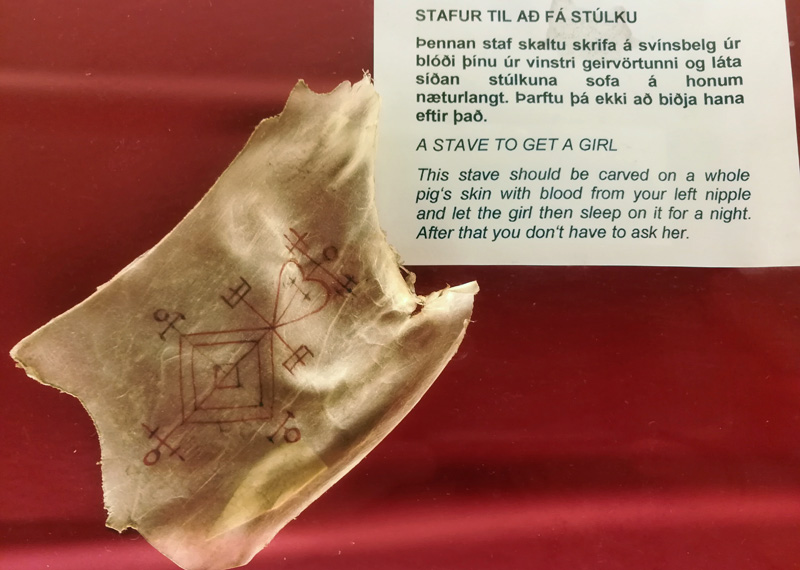 In my estimation, this next item reigns as the most powerful item on display. A rock used in Viking sacrifice rituals. Locals discovered the stone bowl in 2003 in an area where legend says that Viking rituals involving blood sacrifices once took place. 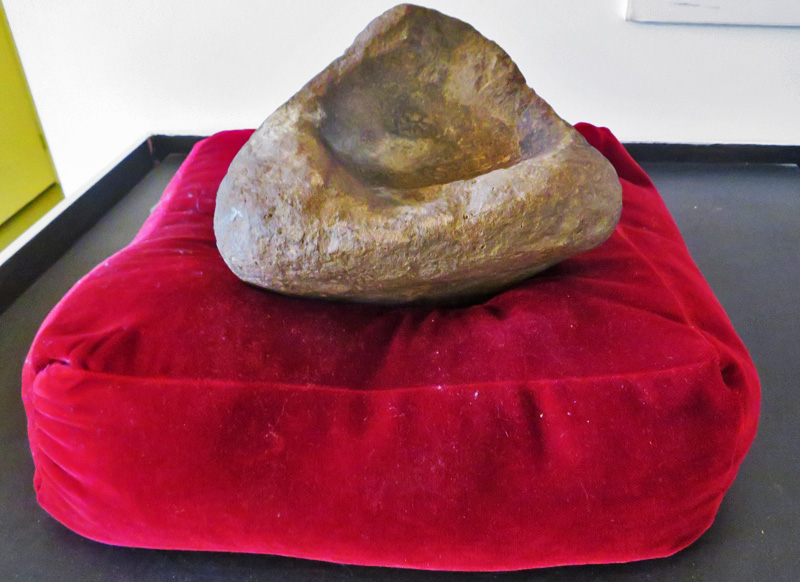 The rock was tested and results showed remnants of human blood on it. Creepy, but a powerful piece of history!

This quirky place is located way up on the northwestern peninsula of Iceland known as the Westfjords. The small town of Holmavik is nearly two hours off the Ring Road, so most people who come this way either want to see the Westfjords, or they’re just really committed to making a detour to visit this museum.

As your intrepid quirky travel expert, I was in the latter group. I spent the night in Holmavik at an Airbnb, then drove back to the Ring Road in the morning.

One other thing to note: The museum of sorcery has a restaurant featuring local Icelandic favorites. The restaurant is one of the few places to eat in Holmavik and it’s open later than the museum. Expect typical Icelandic restaurant prices (at least $20 US per dish.) 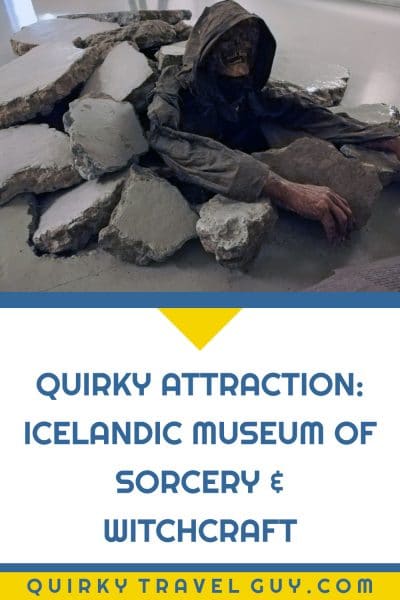